We have already established that I am a nosy, nosy person. I love open houses because I want to see how other people live. I scope out everyone’s carts at the grocery store because I want to see what other people eat. I’ll glance at your pile of books at the library because I need to understand what kind of things interest you. I’m not there to judge your choices; my curiosity is what is driving my compulsion to look.

I’m trying really really hard to get back on a clean eating bandwagon. The past month has been brutal for my eating and health. I put on a pair of jeans the other day and they were tight. These were the same jeans that I put on the day after I gave birth to Bennett. Gulp. Time for a change. The Costco pack of cookies we were kindly given during my mom’s final days, were immediately inhaled during roving bouts of stress eating. Nutella + spoon = hiding all the feels.

My mom, always terrible about drinking enough fluids, was especially bad in the last few months. We found that if we brought home a mocha as a treat, she would sip on it all day. I know milk is not the same as water, but it was fluid and protein/fat, so we took our wins where we could. Between accumulating tons of free drinks through a punch card system, and/or just picking myself up a latte, I was drinking way too many iced coffees in the last two months. And since I think coffee tastes like crap, I of course always opted for flavoring in my drink. The sugary vanilla (or toasted marshmallow. YUM!) flavorings were adding way too much sugar to my life.

With Jack being home this summer, and my mom needing more and more care in her final weeks, my long stroller walks with Bennett have come to a crashing halt. I never walked to burn calories or lose weight, but rather to move and clear my head. That lack of hoofing it up hills and sweating daily has been a bummer for my waistline and mental clarity.

This “reset” for me is all about feeling better both internally and externally. I’m not counting calories or anything like that. I am instead choosing to focus on what I know is going to make me feel good. And not in the “chasing dragon” kind of way that a spoonful of Nutella makes me “feel good”. I am keeping sweets in my life, but being more responsible with them and limiting it to one per day.

So, I’m sharing two days of meals and snacks to give a glimpse of what went in my foodhole over 48 hours. I’m including brand names because some of my favorite items were discovered on other blogs. I’m not being compensated by any of these companies. 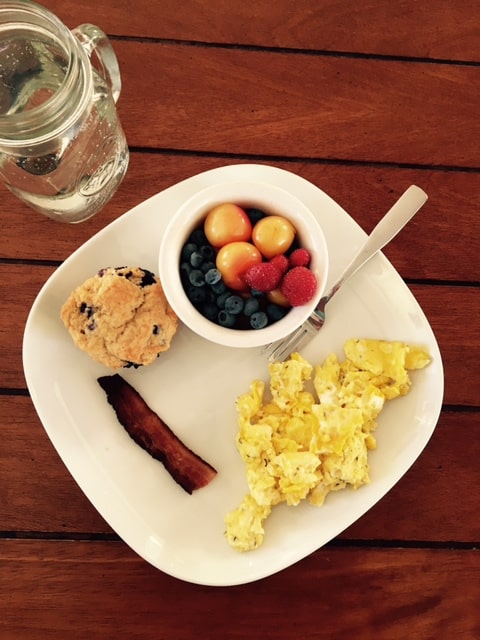 My normal three scrambled eggs with a little cheddar cheese, dill, lemon pepper, and a touch of garlic salt. I make three eggs every day and eat between two and two-and-a-half as I give some to Bennett every morning. This day I had a Whole Wheat Blueberry Muffin, with blueberries I picked from the garden the day before. There was half of a strip of bacon (because Bennett stole the other half), fresh blueberries from the garden, strawberries from the garden (strawberry season ended at least six weeks ago, but I have some random plants under my kitchen window that are producing), and Rainier cherries from the farmer’s market.

Note: I buy bacon and cook it all at once in the oven. Let it cool, then freeze and simply microwave for 20-30 seconds to heat up. 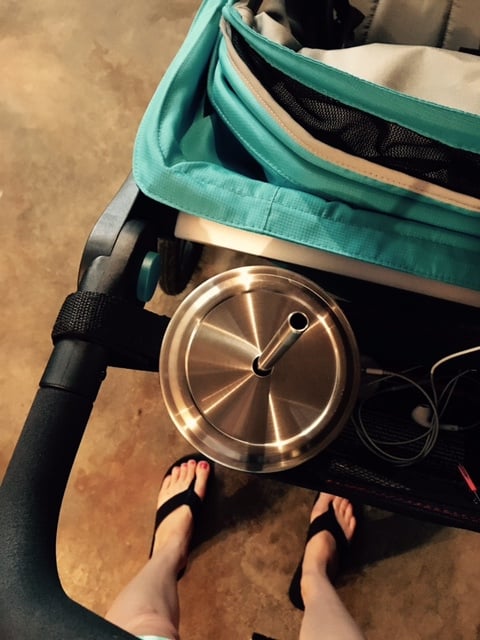 16 oz iced decaf toasted marshmallow latte. This was my sweet treat for the day. 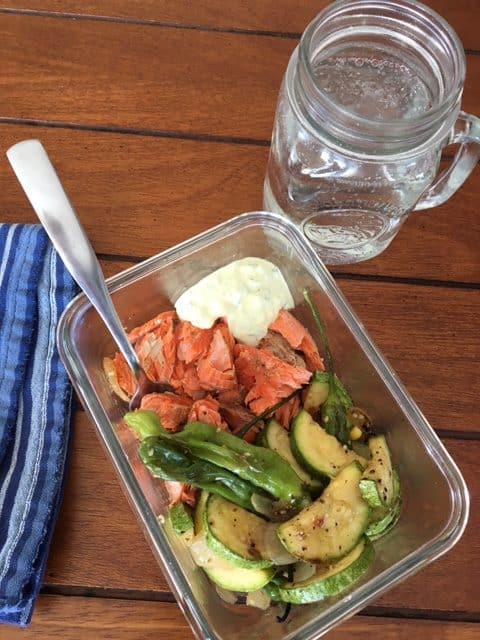 I had all leftovers. My dad grilled amazing salmon on Sunday for family dinner, and I had a chunk still in the fridge. We also had leftover grilled veggies (shishito peppers, sweet onions, and zucchini tossed with a bit of olive oil and Montreal Steak Seasoning, and cooked in a grill basket), so I heated those up too. With the salmon, I had a dollop my uncle’s famous homemade tartar sauce.

Even though reheated salmon initially smells like a dumpster fire at a tuna factory, this lunch was super yummy. 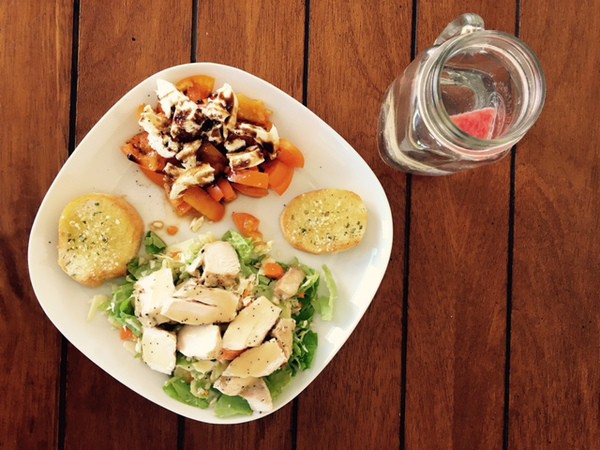 A big chopped salad with grilled chicken. Troy grilled the chicken the day before with the veggies I had leftover at lunch. The salad was made the day before, so literally, all I had to do was put the dressing (Tessemae’s Poppy Seed. It is Whole 30 approved if you follow that type of thing) on this and call it a day. I had some tomatoes with mozzarella and Nonna Pia’s Balsamic Reduction. I also served grilled garlic bread on the side as a motivator for Jack to eat the salad. 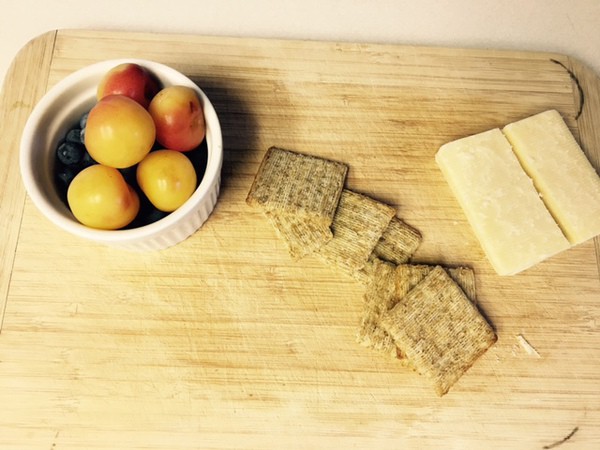 I was hungry before bed but had that latte in the morning. I had some Tillamook Extra Sharp White Cheddar on a few Organic Triscuits (Costco has a great price on these), some more Rainier cherries, and some blueberries from the garden. It was fine. I wish it had been chocolate. 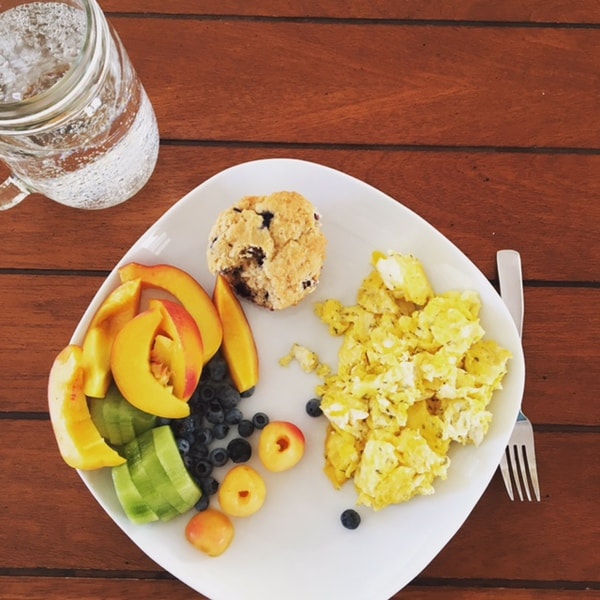 My normal egg scramble, with another Whole Wheat Blueberry Muffin (this one had a bite out of it from Bennett), and garden blueberries, Rainier cherries, kiwi, and peaches from the farmer’s market. That fruit was amazing. Simply amazing. 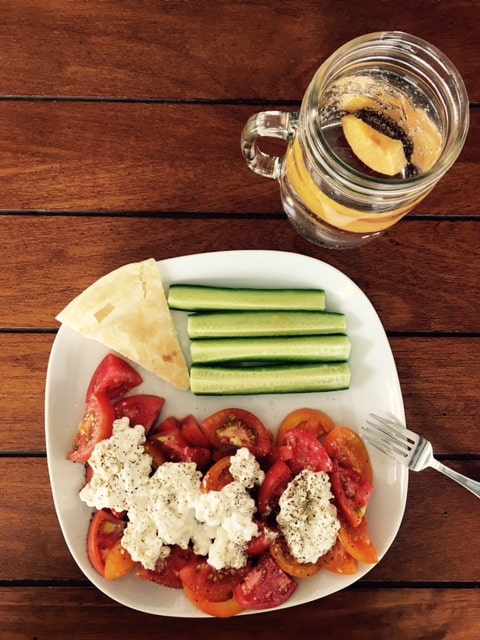 A bunch of tomatoes topped with Daisy cottage cheese (shortest ingredients list ever) and Nonna Pia’s Balsamic Reduction. Ordinarily, don’t like cottage cheese that much, but I love it with tomatoes as long as I put a butt-ton of pepper on it. On the side was a wedge of the quesadilla I made for my nephew and Bennett, and a Persian cucumber. I freaking love them; have you ever tried one? 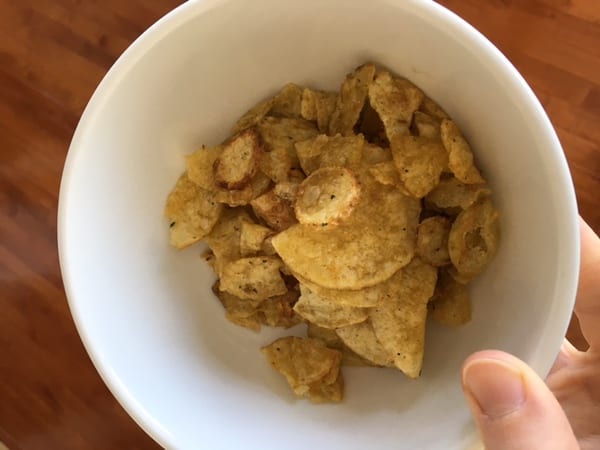 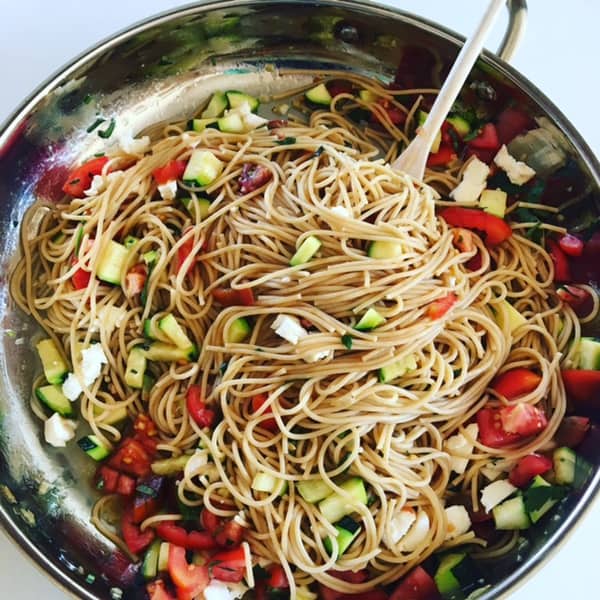 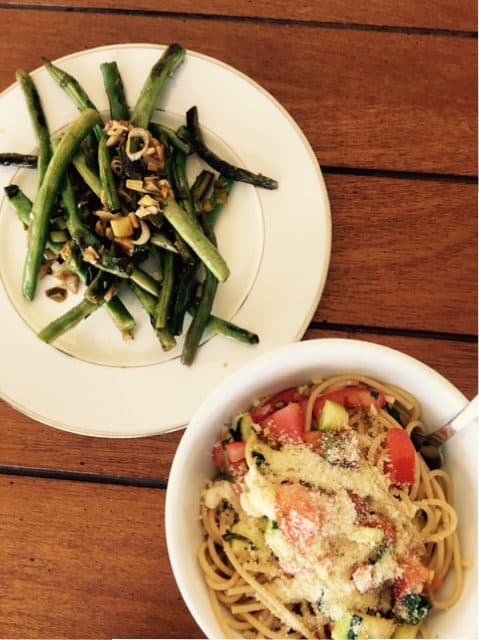 Mmmm, this was good. Simple Truth Whole Wheat Spaghetti with sauteed zucchini, garlic, and shallots. I tossed it with some tomatoes, a few torn pieces of mozzarella, diced basil, oregano, and parsley. I paired it with Spicy Asian Green Beans which were served on our wedding china because we were out of normal small plates. I do not know how we go through so many dishes in a day. Troy always says “paper plates and canned meat from here on out”. 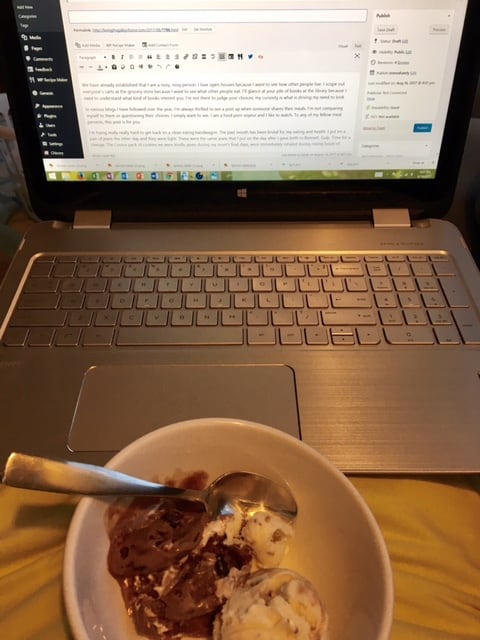 A scoop of Ben and Jerry’s Phish Food (the best flavor ever) and Toffee Crunch while writing up this post. I would have had all Phish Food, but there was just a piddly amount left.

So there you have it, a two-day glimpse of everything I ate. My favorite dish of the bunch was the pasta. And of course the ice cream. Because, sugar.