This must be the week of me throwing nutrition out the window, and just “going for it”.  I’m not even PMS’ing, so let’s go ahead and blame it on the change in the weather.  Apparently Fall weather screams cinnamon and sugar to me.

My friend Mary recommended these Cinnamon Bun Muffins from Mary Ellen’s Cooking Creation (no relation to my friend Mary) to me. 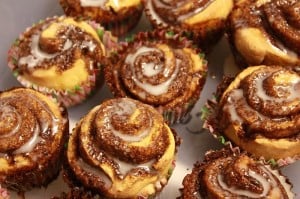 Put the brown sugar, baking soda, salt, vanilla, and egg into a mixing bowl.  Add the buttermilk, then the flour, stir until thoroughly combined into a dough. 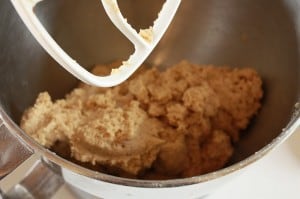 Turn the dough out onto a lightly floured surface and knead for 2 minutes.

Roll the dough into a big rectangle and spread with the butter.  Sprinkle the brown sugar and cinnamon. 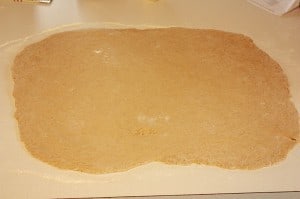 Roll the dough into a log beginning with the wide side of the dough.  Cut into two-inch pieces and put these pieces into grease muffin tins or cupcake liners. 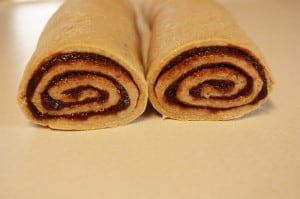 Bake at 375 degrees for 20 minutes or until golden brown (that was about 2-3 minutes too long in my oven). 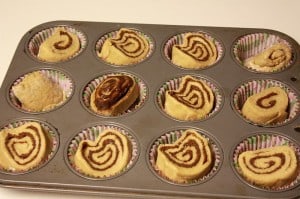 Let the muffins cool for 5 minutes, and then remove from the tins.  Drizzle with icing.