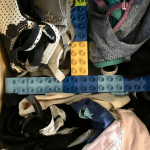 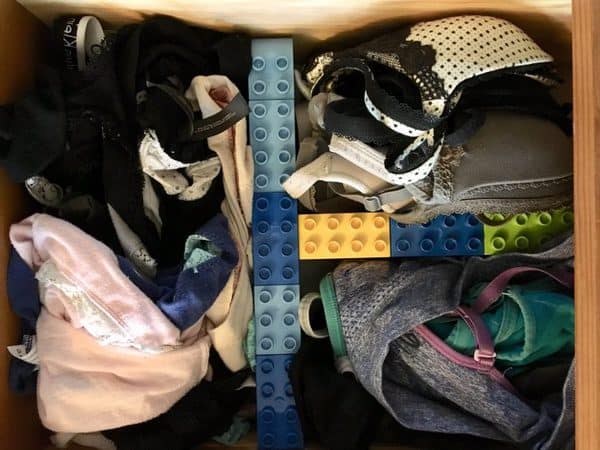 I made a dresser drawer organizer for my underwear drawer. And I made it out of Legos. Well, Duplos actually.

So in my underwear drawer, I store underwear (newsflash), bras (what’s the point even?), and sports bras (another entirely unnecessary item of clothing for me). And every few months I organize and separate them and it works great. For a time. Slowly but surely, the bras start mingling with the underwear, and then the sports bras try to join the party and things get weird.

You know how much I like things organized. I’ve looked at buying a dresser drawer organizer before, but nothing really spoke to me. It seemed like an annoying expense and so I went without. Bennett got a set of Duplos for Christmas, and they were added to the giant bin of Duplos we already own. I looked at them sitting in there and realized Legos are essentially a blank slate and you can build anything with them. A-n-y-t-h-i-n-g. Even an organizer for my underwear drawer. 🙂

The building took only a few minutes and was actually pretty fun. I took everything out of the drawer and placed blocks in what seemed like a reasonable layout. 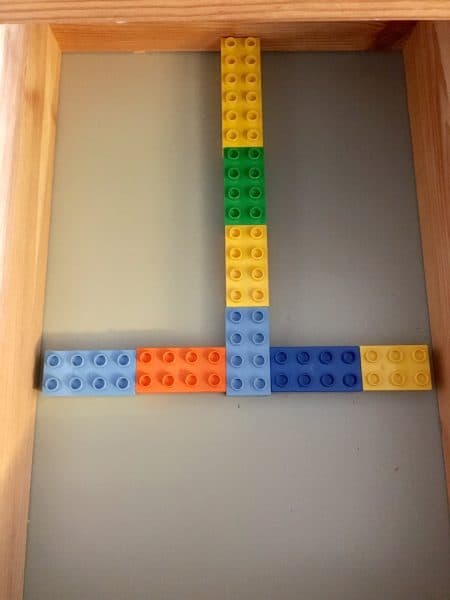 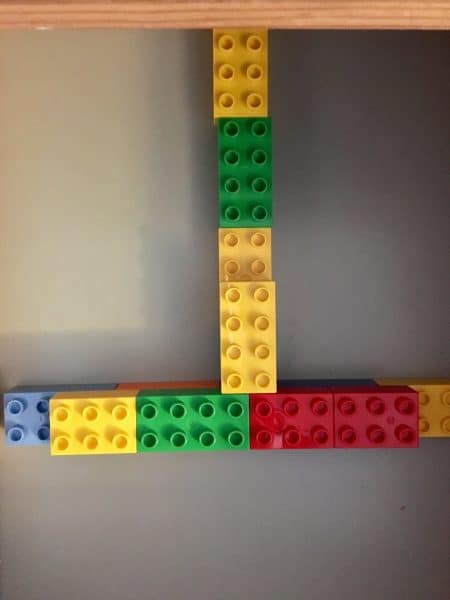 And then I kept building. After four layers, it seemed just about right. 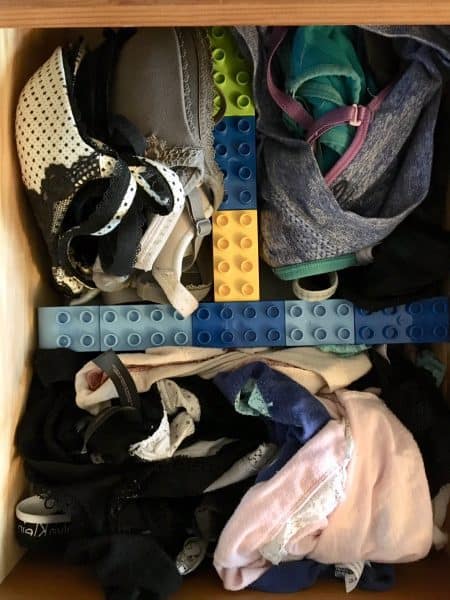 Nay, it was awesome. 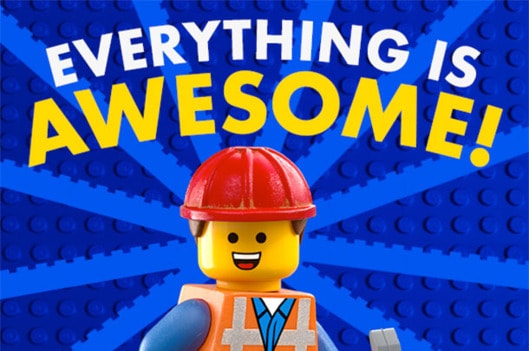 A dresser drawer organizer from Legos – free, easy, and fast. What’s next? A bookshelf made from Lincoln Logs?

originally posted on December 28, 2017; Updated on March 19, 2018
3 Comments//Leave a Comment »
Categories: Uncategorized
« Previous PostScattered Sundays and Meal Plan
Next Post » In 2018, I want to…