First Time Visiting? Start Here!
Home » Happy Birthday to the Random Stranger From the Internet Who Didn’t Murder Me

Waaaaaaaay back in 2008, I was on a chat board for women who were planning to have kids.  Basically we were a bunch of women talking about getting pregnant, and baiting each other in to saying “you’re probably totally pregnant.  TAKE A TEST”!!!  And we said a lot of LOL, and OMG, and other dumb crap.

Troy and I were in Los Angeles at the time, and I became “friends” with another girl named Elaina on the board.  I noticed her profile photo looked a lot like LA, so we struck up a conversation and after some hemming and hawing, we decided to meet.

In public.  At a restaurant.

I’m comfortable saying we were both likely packing a screwdriver or other similar slim weapons in our purses.

We ate, we laughed, we talked about our desire to be pregnant really really soon.  And guess what?  We both were at that exact moment.  Jack and Lyla were tiny little specks and we didn’t even know it.  About a week or later I found out I was pregnant, and literally the next day Elaina found out too.

Elaina is the reason I have to have an unlimited text plan.  I didn’t even text before this girl came in to my life.  After we both found out we were pregnant, we starting texting a ton back and forth talking about symptoms (vertigo – her, projective vomiting – me), and other things that ailed us.  That first month, my cell bill was over $200 from texting.

She was worth every penny!

Around the time Lyla was born, I knitted a blanket for her.  And when her second daughter Madison came along later, she also got a knitted blanket.

Then, they each got a quilt one year…I want to say for Christmakuah or Hanukmas.

And then earlier this year they came to visit us in January, and I made each girl a cozy fleece blanket to keep their fragile little California bodies warm.  Meanwhile Jack was complaining that it was unfair he couldn’t be naked, just because girls were in the house.

Through it all, Elaina dropped a few hints about wanting her own quilt.  Something subtle along the lines of “my girls have SIX Sarah-made blankets and I don’t have ANY, whaaaaaaaaaa”.

To the best of my recollection.

This summer, I started working with her husband on a color scheme after multiple sneaky attempts failed to get her to disclose a preferred color scheme.  Her husband Emilio was super helpful and threw out “French Country”, to while Google images came to my rescue, because I had zero idea of what that actually meant.

Trying to be secret squirrel about it, I laid the groundwork to ruin her birthday quilt expectations.  Because what is the fun of giving a gift, if you don’t crush the person’s dreams beforehand that they will ever receive said gift.  Elaina, and myself group text along with two other girls constantly, and they were in on the subterfuge with me.  I’d make comments about how all the house remodeling ruined my sewing ability because my sewing cabinet was shoved in a corner and covered in boxes, etc.  And then last week I texted her that I had ordered her gift through Amazon, but it was a third party seller and it wouldn’t arrive until the 22nd, well after her birthday.

All the while, I was plugging away on it, 30 minutes here, 1 hour there.  The three of us getting sick last weekend actually kind of worked out in her favor, because I was homebound, and was able to complete the quilt Sunday night.  Yay germs. 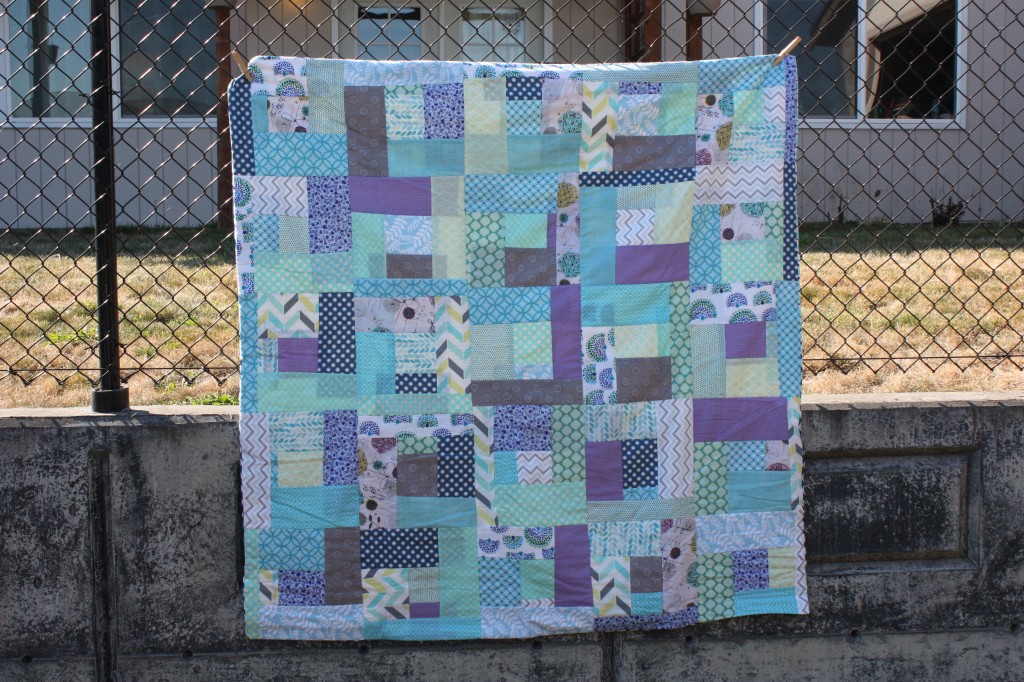 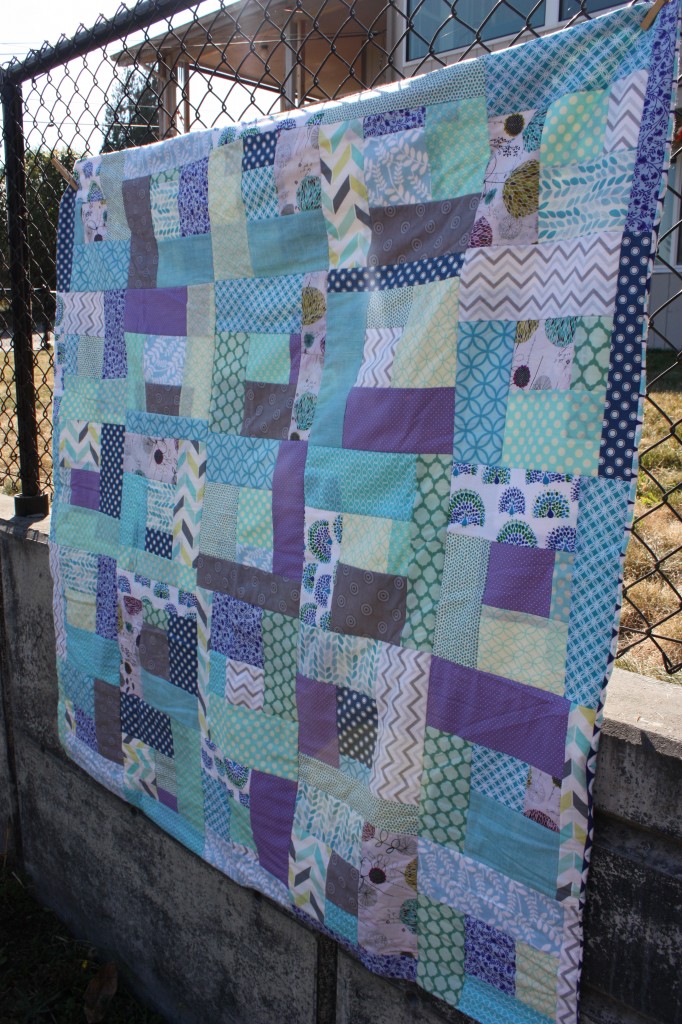 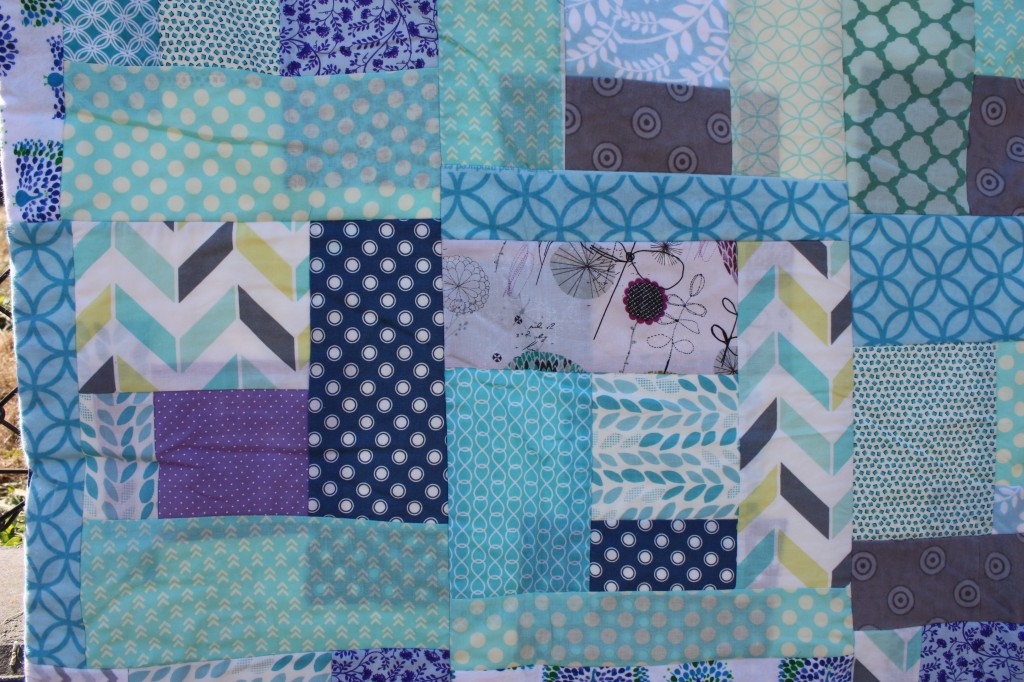 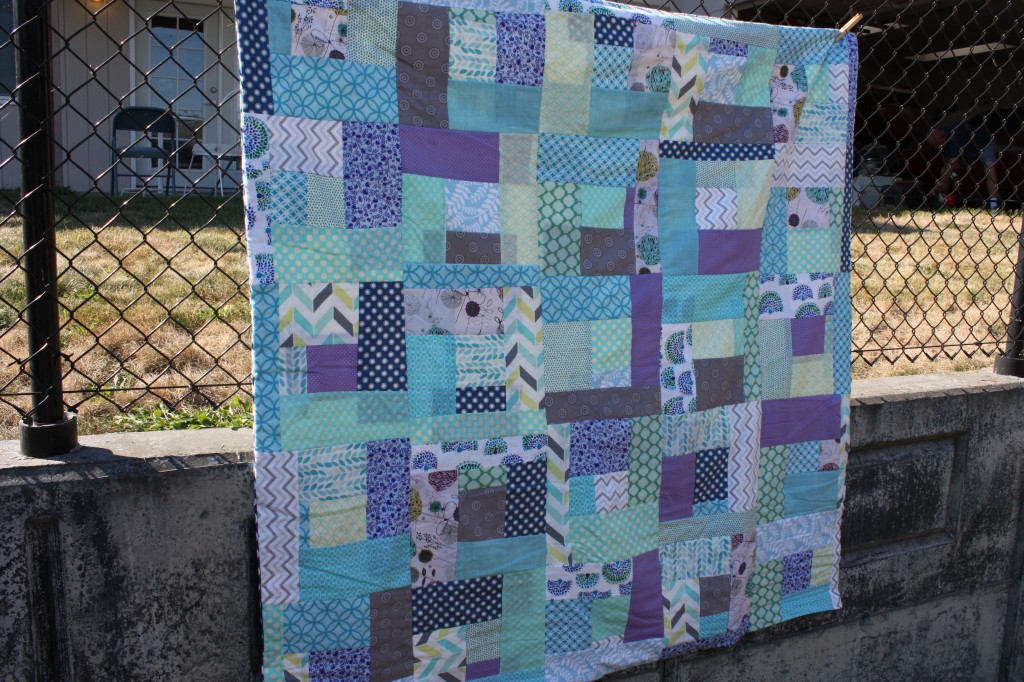 French Country…nailed it?  Maybe?  Oh well, the punk loves her quilt and declared it the gift of the century, so I’ve got that going for me.  And it’s bigger than it looks, and she is smaller than you’d think, so it all works out in the end.

She may think the quilt is a great gift, but I’m the lucky one for having had her in my life for so long.  Being friends with this wonderful woman is truly a gift that I’ll always cherish.

Thanks for not murdering me that lovely summer’s night.