My oldest Jack, was and is a very tidy child. A meal with him as a toddler involved wiping down the high chair tray, and washing his hands.

Bennett is a different story. He happy smashes, drops, and tosses food. The floor around his place at the table was always covered in smeared food, and between three meals and two snacks a day, I was sweeping and wiping the floor too much. He also loooooves dropping his sippy cup off the tray, and our beautiful (and nearly marriage therapy inducing during the install wood floors) were looking like they were rode hard and put away wet.

Troy came up with the idea of laying a towel under the high chair. At the end of every meal, we simply gather up the towel and shake it off the deck. The floors are less crusty, and no new dents are showing up. After a few months though, the ugly towel was getting tiresome. That towel ain’t got not alibi. It ugly. Thankfully, in 20 minutes and with a $3 scrap of fabric, I made it more of a statement piece. And thus, the decorative high chair floor protector was born! 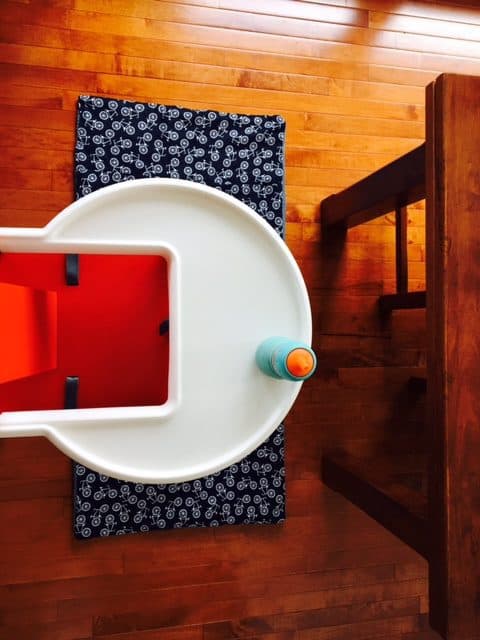 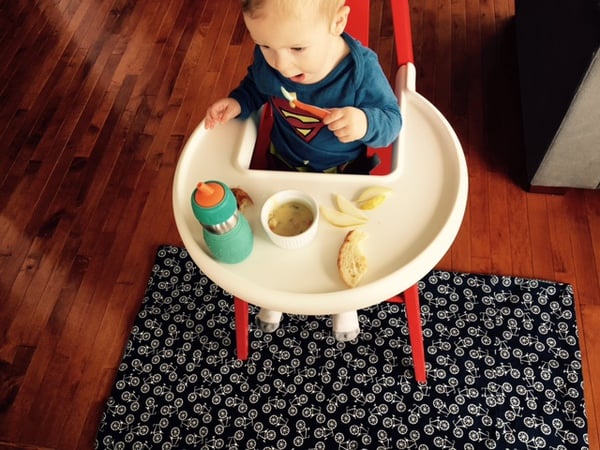 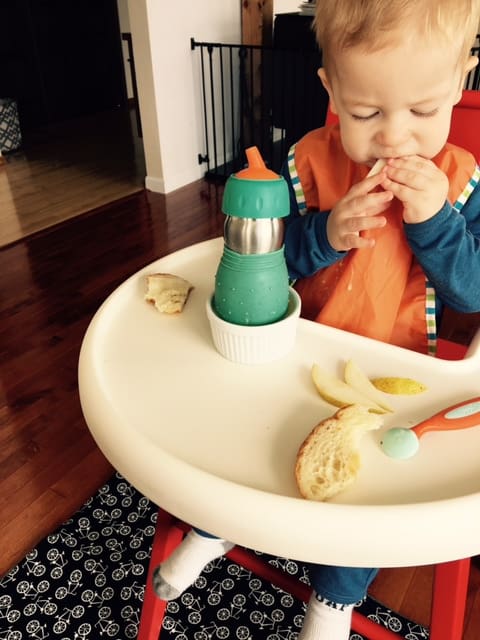 May I recommend storing your drink in your soup?

And then you’re done! Simply place it where you see fit under or around your high chair. When it gets too crusty and you can no longer deal, simply toss it in the wash with the rest of your towels or bedding. Feeding kids can be complicated enough. They’re picky, they insist on having things just a certain way, and they’re messy as hell. Isn’t it nice that a simple $3 chair mat can make your life easier?

PS, can we just not do the judgey internet parenting thing where someone comments that Bennett’s food is too large? We know. The kid will not eat small pieces of food. Straight up refuses. Besides, there is a parent at Target right now buying a pacifier. Think of the nipple confusion and such; go save them!