I was looking for something within a post that I wrote a few weeks ago, and thus I was scrolling through some recent posts.  I realized that some of you may be wondering why almost all the photos seem to be of Bennett, and maybe thinking I have forsaken Jack. It couldn’t be further from the truth.  It turns out when you are at the tail end of being six/turning seven, you suddenly refuse to have your photo taken.  He runs, wiggles, and turns his back whenever he sees a camera pointed at him.  I tried taking a picture of that kiddo last week, and you would have thought I was attempting to photograph Nessie and Bigfoot engaged in something inappropriate. Bennett however is a captive subject and doesn’t roll his eyes and yell “mooooooooom”.  Not yet at this point.  🙂 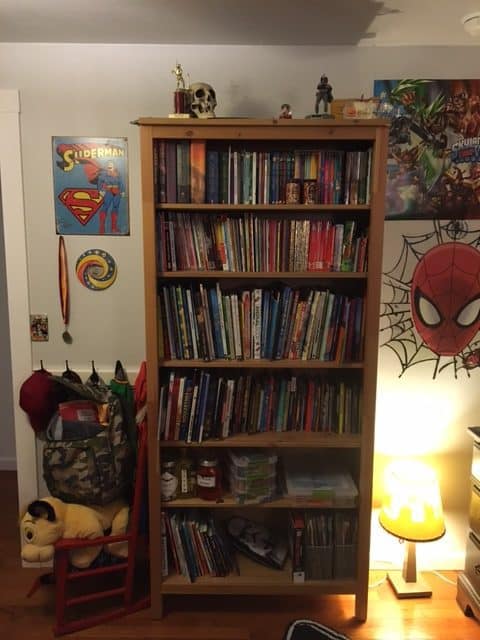 Speaking of Jack and books, he decided this week that biographies are the coolest thing ever.  He checked out Who Was Martin Luther King Jr. from his school, and read the entire thing in one evening. He was so in to it that we went to the library the very next day to reserve all the “Who Was” books that are in our county system. I devoured biographies when I was his age, and it’s so cool to see that he is in to them as well. A little chip off the old nerd block.

This past Monday marked a very historic day for me. It was officially my last day of work. And thus, marking the first day since I was 13 where I have not had a paycheck coming in from someone else.  First time in over half my life that I am solely responsible for my own work.  It is both exhilarating and scary as shit!  My former employer didn’t pay out for saved sick leave (unless you retired), and I had over eight weeks saved up when Bennett was born.  I took “maternity” leave for eight weeks, and then gave my resignation.  I was upfront about the fact that I wasn’t coming back, but was very upfront about the fact that I wasn’t an idiot and walking away from two months of pay that I had earned.  I will go back for a week or so to train the replacement whenever they are hired, but on Tuesday I turned in my ID badge, keys, parking pass, business cards, and name tag.  It was bittersweet and exciting.  And thus, I want to thank you all for humoring me with the new Friday Freebies series.  I hope it isn’t too annoying.

Mr. B has been through some big milestones this week.  He rolled over from tummy to back, and let out his first laughs.  Both appear to be very deliberate.  Realizing on Thursday that we were terrible parents and never do tummy time, I put him on his quilt tummy down and watched as he helicoptered one leg and boom, rolled over.  And like the spawn of me that he is, his first laugh was over a poop joke.  I had him on the changing table and Jack and I were talking about poopy diapers.  Bennett giggled.  We paused and said it again. He laughed again.  Troy even got to hear it because I had forgotten to turn off the baby monitor in the living room.  We’re now encouraging him to add “sleep more than two hours at a time” to his list of accomplishments.

The Seattle area saw five days in a row with temps 75-85 degrees.  It was too much, too soon!  I almost clapped my hands in glee when I walked out to let the chickens out at 6 am on Friday and it was drizzling.  Last summer was the hottest on record in our area, and I already have underboob sweat thinking about it happening again.  With the toasty temps, our strawberries and mini drawf apple trees are going insane.  Seeing the hundreds of blossoms in our strawberry “patch” makes my heart pitter patter.  Knowing that absolutely nothing else is planted other than garlic makes my palms itch.  Oy!

Monday:: Penne and salad.  Or artichokes if I can find them on sale when I go grocery shopping tomorrow.

Tuesday:: Smoked salmon eggs benedict, fruit, and salad.  We were supposed to have this last week, but it was 82 degrees in the house, and the idea of anything heavy or warm for dinner seemed unappetizing to both Troy and I.

Wednesday:: This recipe that I made years ago, but haven’t made in the longest time, and salad.

Thursday:: This gnoochi and chicken recipe that is so yummy and crazy easy, and dutch oven bread.