This has been a very expensive week for us.  Oy in some ways it makes me want to cry, but in other ways I know it’s just life and being an adult and all that crap.

If you follow me on Facebook, you’ll know that Troy has agreed to hardwood floors in the whole upstairs!  One comment was “who’d you have to sleep with to get that deal” and my MIL also alluded to something like that when I told her the good news.  LOL, and ewwwww.

Troy has a very expensive hobby that involves target shooting, so I made him a hell of a deal.  When he heard the deal I proposed, he said “you clearly want wood floors more than I want carpet on the floor”.  And so a deal was struck!  And that is how this happened on Friday night (just laying things out, don’t worry we know you can’t just put wood flooring down like that): 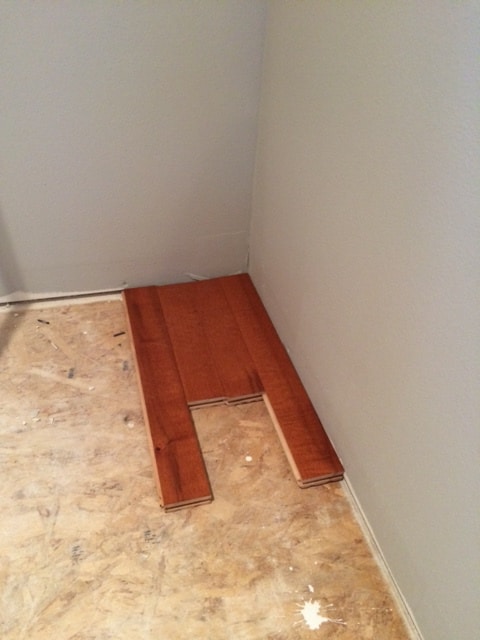 Speaking of wood floors, we went in early December to pick out what we wanted during a date night.  We filled out the necessary paperwork and they came out to measure a few days later.  We never received the email with the measurement or estimate.  Last Sunday Troy and I went in to the store in-person and it turns out they had my email off by a digit.  Their error turned out to be to our benefit, because the price per box went from this: 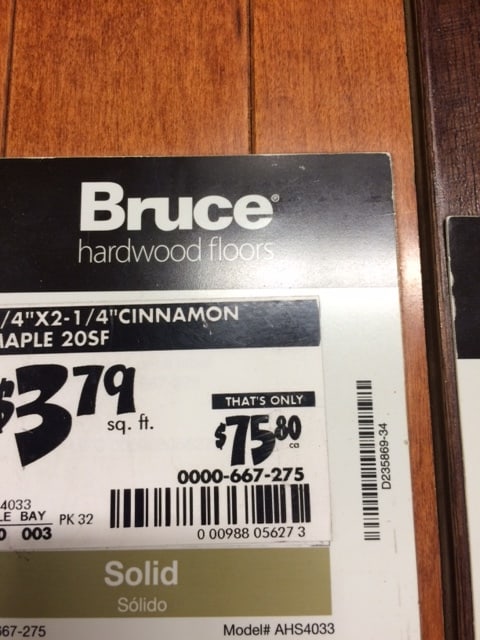 To this in the six weeks from when we first picked it out: 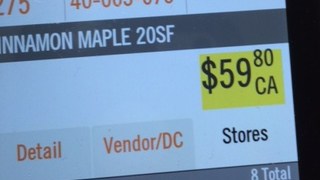 BOOM!!!  $16 off a box is not chump change.  Apparently they are clearancing out the exact floor we fell in love with.  We bought 10 extra boxes just to be sure, since if anything went wrong, we couldn’t just order a few more and call it a day.  If we end up not needing them, we can return them within 30 days for our money back, or after that it is store credit.

You watching the big game later today?  My friend Anne had to give up Facebook since the NFC playoffs, because she was so sick of all football related posts.  She asked if I could please ask for more parenting advice just so that there was something different on Facebook.  So, tomorrow, join me for a discussion on circumcision and vaccines!  🙂

After the NFC game was over, Jack decided his two kitties needed Seahawks jerseys.  I had some leftover fabric from his birthday party last year, but it got tricky because the kitties were supposed to be surprised about the jerseys.  So I had to cover their eyes when I measured them. 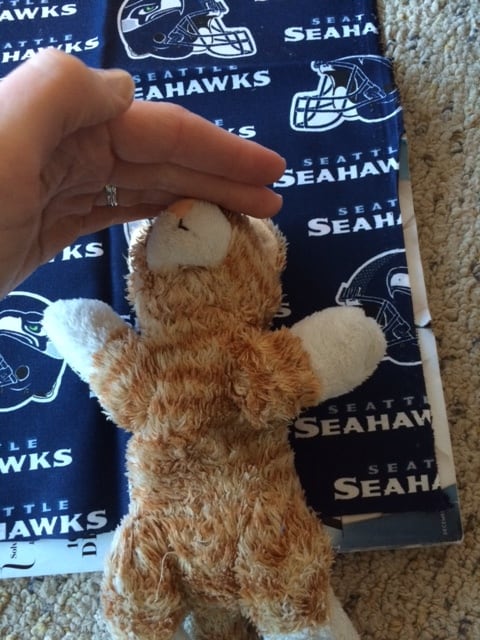 I kept screwing up the jerseys and made a few crap attempts.  At one point Troy laughed and said “what, you’re acting like you’ve never made shirts for cats before”.  I think I finally did a somewhat decent job, and Jack was pretty excited. 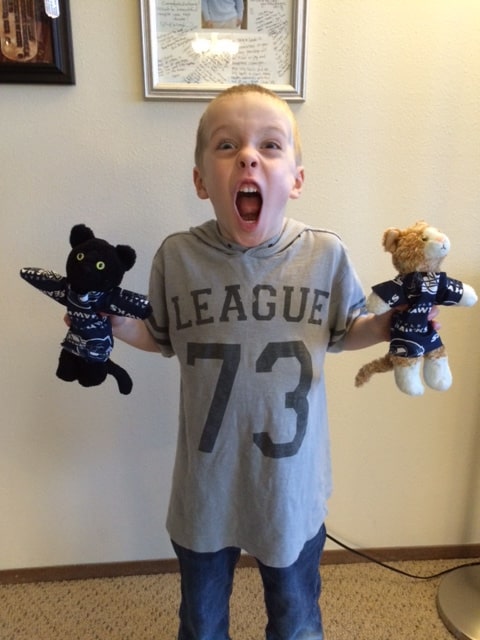 This is probably too little too late to post before the big game, but here is my healthier version of Buffalo Chicken Dip.  I didn’t say it was healthy, but it is healthier than the recipes floating out there that start with “take two cans of chunked chicken, and a bottle of ranch dressing”, because I have a real problem with chicken in a can.  I used to eat a ton of Campbells Chicken Noodle soup, and I always picked out the creepy pieces of pink chicken because no, can’t do it, yuck.

I didn’t take any photos, because this dip doesn’t photograph well (even if I was good at taking photos, which I recognize I am not).

1) I always cook the chicken in the crockpot covered with water until it is cooked through (about 4 hours).  Remove from the crockpot and let it cool in a mixing bowl for about 15 minutes.

2) Shred the chicken with your hands or two forks.

4) Place the cream cheese, buffalo sauce, and dried herbs/spices in the mixing bowl with the chicken, and stir to combine.  Place in an oven-safe dish, and bake on 350 degrees for 30 minutes.  Serve with chips, bread, and/or veggie sticks.

Tuesday:: Chicken, veggie, and rice soup from the freezer, salad, and fruit.

Wednesday:: I am working late, so we’re heating up leftovers from the baby shower I threw on Saturday.

Thursday:: The chicken and veg gnocchi dish I was supposed to make last week, but we ended up going to a church fundraiser for dinner.

Friday:: Pizza (again) because Jack and I are baby sitting our friend’s little dude so they can go on a date before their second little dude makes his appearance later this month.

Saturday:: Popcorn dinner since Friday is a wash.