1) This dish I made last week was amazing.  It’s the perfect dish: fast, healthy, and everything fits in one bowl.  I added dried parsley and smoked paprika to the flour before tossing the chicken, and it added a great flavor.

Troy went back for seconds (not unusual), but said “this needs to be made again.  Soon”.

2) Last week I complained that we had an expensive week.  Well, it was more than just the wood floors.  Our furnace died on Thursday the 29th, and our house was about 57 degrees until Tuesday.  Troy used to work HVAC, so he called his old partner and he came out and gave us a quote for a new furnace.  We got a ton of discounts, but man oh man it was not an expense I was anticipating happening.

And I didn’t say anything last week because we were trying to keep it from my parents before it was installed.  Had they known, they would have wanted to pay for it (they’re our landlords).  Troy spilled the beans on Monday anyway, so I guess the jig is up.  Oh well, any time my Dad tries to talk about the funding, I say “la la la” and walk away.  It’s easy to walk faster than a person with a fake leg.

3) Jack wrote a book at school.  I’m choosing to focus on his creativity and his darn good spelling for a five year old.  And not on the fact that he is potentially a serial killer. 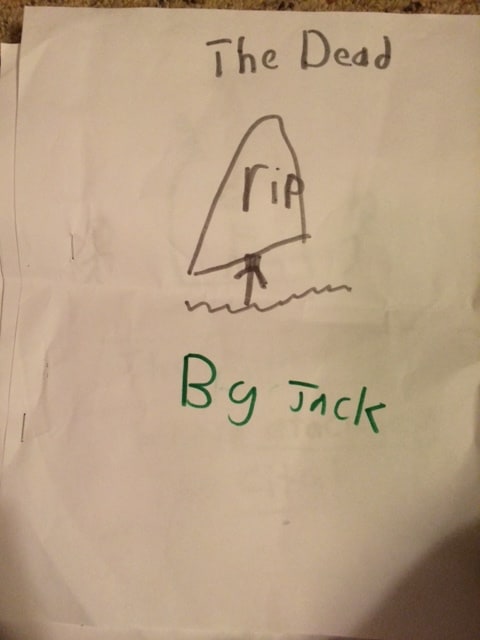 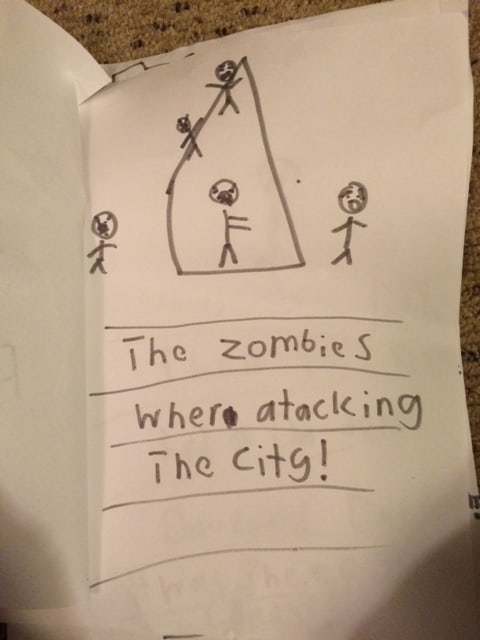 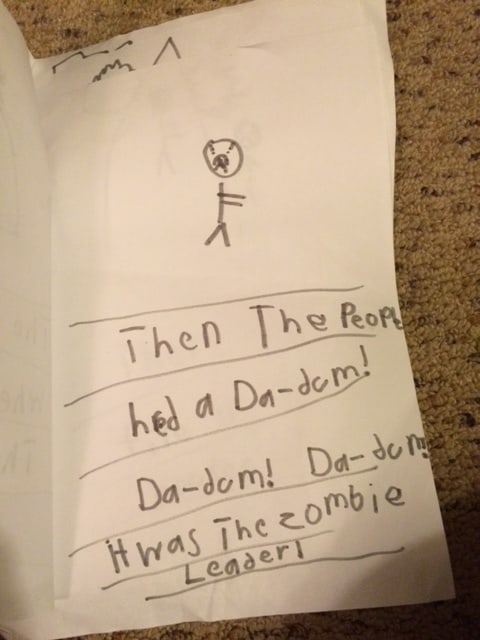 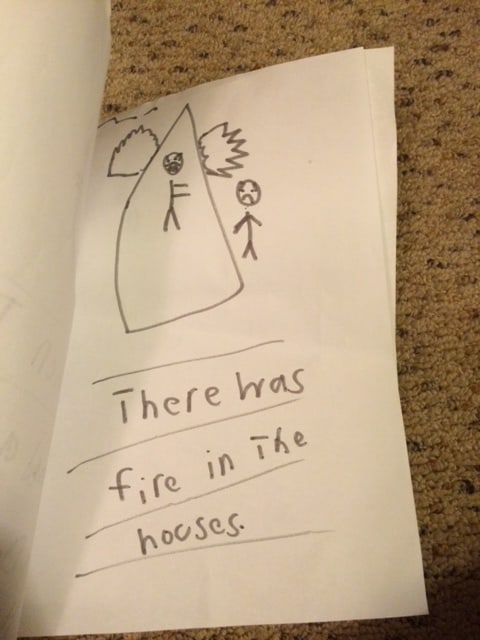 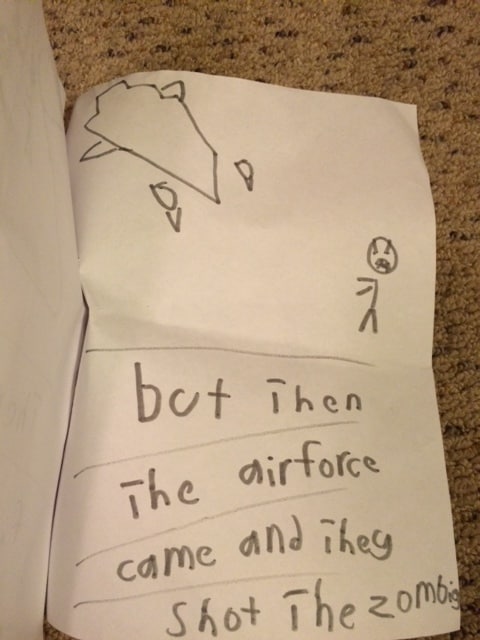 There’s a plot, suspense, and a clean ending.

In good news, our freaking chickens are starting to lay again; praise God! We’re only getting one egg a day right now, but I’m just thrilled those lazy fluffy bitches are producing again.  Chickens slow down or halt production once the natural light gets to less than about 10 hours per day.  The winter light in the Pacific Northwest is like a quick fart in a wind tunnel from Halloween until about this time, and I was forced to buy eggs at our local farm.

Friday night, Jack and I babysat our friend’s little dude.  They’re about ready to have another baby, so J bone and I thought they should have a final date night before the arrival.  Jack worked really hard playing, wrestling, reading, and running around with his two year old buddy.  We got home late, which means Jack went to bed late, and apparently all that exhausting baby sitting did him in because he SLEPT UNTIL 9 AM YESTERDAY.  He never sleeps that late, and I had to check  a few times to make sure he was still breathing.

I totally slept in too and camped out in my bed for hours.

Yesterday, my house was so clean that I felt like I should throw a party or something.  Hyped up from my lack of sleep, and a quiet house (Jack and Troy went bowling), I baked six loaves of bread, cleaned out the chicken coop, defrosted the upstairs freezer (it has been pissing on the floor lately…because of what turned out to be a 1 inch ice blanket in the bottom.  Whoops), cleaned all the bathrooms, did three loads of laundry, vacuumed, mopped, organized, and generally just kicked a lot of ass.  When the boys are out of the house, I can get so much done. 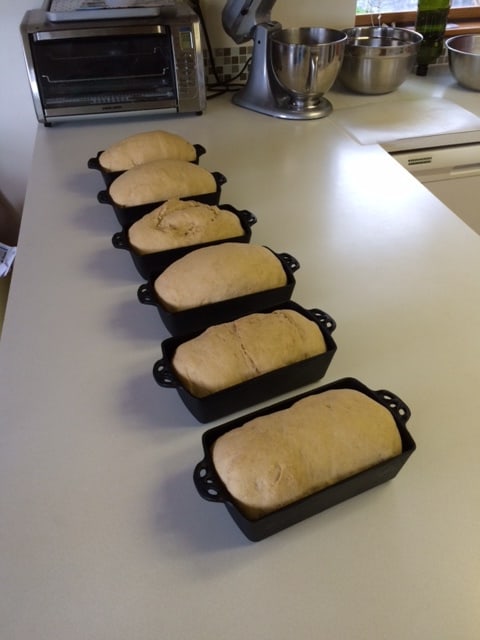 Friday:: Troy and I are having a date night, and Jack is spending the night at my in-laws.  We’re going out to dinner, and I assume Jack is eating whatever he wants.

originally posted on February 8, 2015; Updated on November 15, 2018
21 Comments//Leave a Comment »
Categories: Meal Plan
« Previous PostBlogging Tips – How to Blog Without Burning Out
Next Post » How to: get out of the house in the morning without stabbing a family member in the eye with a spork