I spent a very exciting Saturday night grating large amounts of mozzarella cheese, and doing our taxes.  It was wild!

As long as we have been married, I’ve handled all the money.  I pay the bills, budget, etc., but Troy has always been responsible for arranging for the taxes to be done.  We’ve always had weird tax situations thanks to Troy’s film and TV jobs.  Weird things like cable, movies, and buying DVDs were considered write offs (seriously), so we always had to pay entertainment accountants like $300 to prepare our taxes.

When we moved home from Los Angeles, we left the TV life behind, but still had someone do our taxes.  Troy was still responsible for arranging the paperwork, appointment, etc.  Some years we got like $4 back, but most of the time we owe.  We don’t own a home, therefore we don’t have huge write offs. I don’t enjoy tax time.

Guess who forgot to contact the accountant this year?  I’ll give you a hint.  His name rhymes with Roy.  Let’s remember this is the ONE thing he has to do each year.  The ONE THING.

By the time I called the dude last week, he was so booked up, there was no hope for us to get in by the 15th.  This year’s taxes were the simplest we’ve ever had (Troy only had one paying job in 2012, we have one kid, like a tiny bit of interest from our savings accounts), so I put on my big girl panties, and did the taxes ourselves.

And the good news is, we’re getting a small refund!

The cheese grating I mentioned is for all the pizzas I’m making and freezing this week.  Jack’s birthday party is next Sunday, and rather than stress out the day of the party by making pizzas – like I did last year – I’m just making one a night this week and freezing them.

Just to recap, I’m a genius.

Speaking of (evil) geniuses, let me tell you a story about my pint sized future politician, lawyer, or con man.  Recently at preschool, Jack got a talking to because he was glaring at two girls in his class, and at one point yelled “forget you” to them.  Apparently Jack has been listening to CeeLo Green music of late.  When his teacher spoke to him about it, Jack came up with the most brilliant defense ever created by a three year old.

Teacher: Jack, why are you glaring at those girls?  Why would you say something rude to your friends?
Jack: Jesus said it was ok.

Boom, as a teacher how do you respond to THAT one?

We had a nice chat about why Jesus would indeed not condone glaring at others.

Recently I was looking through some baby pictures of Jack, and came across some of me.  It is so freaky how much we look alike! 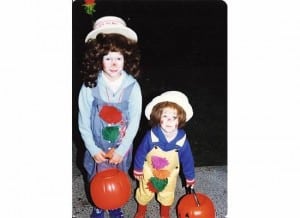 Also, let’s talk about my mom’s obsession with matching homemade Halloween costumes, shall we?

Troy and my father-in-law started coop construction this week!  I’ve been promised a nearly completed coop at the end of this week because “babe, the hard part is over”, but I’m not holding my breath. 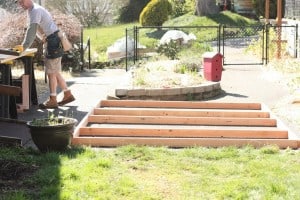 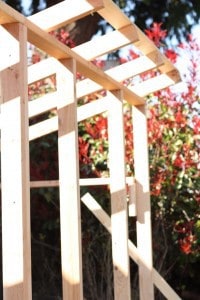 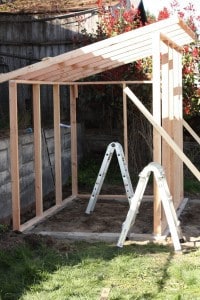 Meal plan time!  Reminder, I only plan dinners, because breakfast is always smoothies or eggs with something, and lunches are always leftovers.  We rarely eat dessert during the week, and our dinner drink of choice is water kefir soda.

This week I spent a lot on groceries.  Like $100-$125.  I was getting stuff for Jack’s party, and at the same time made my every two months trip to Trader Joes, and my every four months trip to the best grocery store in the whole world.  Stock up time.  Expensive time.