Well, the votes are in, and it was no contest.

Troy has been voted husband of the year.

He’s always been really good about making sure I get “me” time (and I do my best to try to make sure he gets “him” time, and I let him sleep in every single morning that I am home.), but yesterday pretty much took the cake.

The day started out with a hair cut.  Where I normally get my hair cut.  It’s not like he cut it for me.  Because no.

Then off to the farmer’s market (where I scored a screaming deal on pickling cucumbers, but more about that later), grocery store, and the local butcher.  A quick trip home to drop off all the groceries, and then it was off to Target and Costco.  Alone.  ALONE.

After that, I got a pedicure.

And then headed to get a massage.  I had a giftcard some coworker gave me a few months ago, and finally found a free weekend to go get it.

It was one of the best massages I have ever had.  It started with the massage therapist brushing my hair.  BRUSHING MY HAIR which is pretty much my crack.  She was amazing and I really really love her forever.

I came home, and he offered to make dinner so I could “relax”.  I’m fairly certain bad news came in about my health and no one is ready to tell me.

Either way, I’ll go out with a smile, because I’m feeling relaxed, and a stranger brushed my hair.  What else can a girl ask for?

While I was out getting spoiled, Jack and Troy were painting the final room in the house that needs paint. 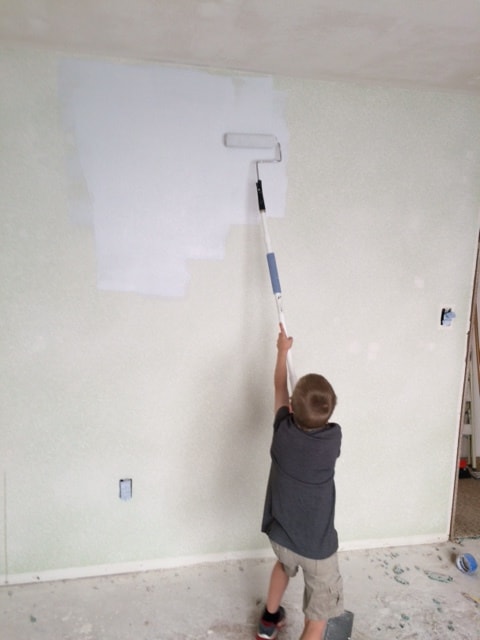 We somehow ended up with three grey bedrooms upstairs.  Not really how we planned it, but it is what it is.

This has been a bit of a wild week in our house.  My dad has a bum shoulder and is in desperate need of a cortisone injection.  And he had a fever and in general felt like poo.  Mom was also feeling poorly.  All in all, they were a giant hot mess.  I stayed home on Friday to help out with the gimps, but I also took advantage of the “spare” day to do some canning.

First you take this: 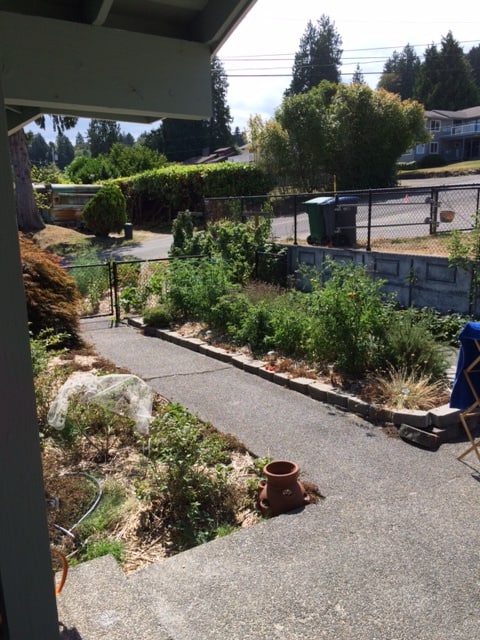 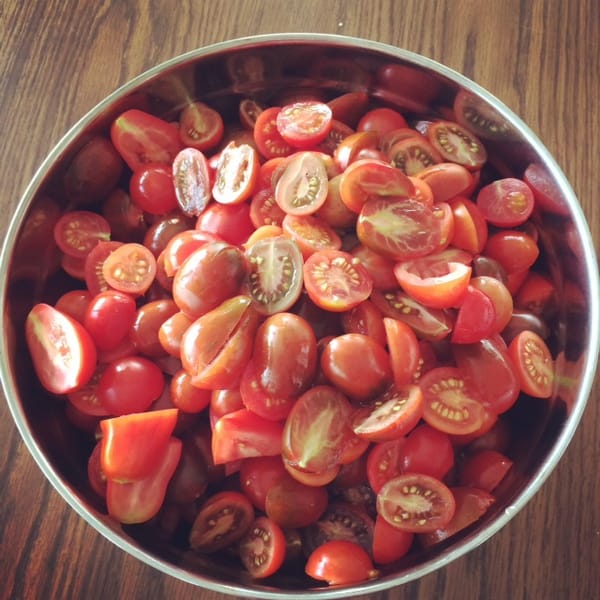 And put them in this: 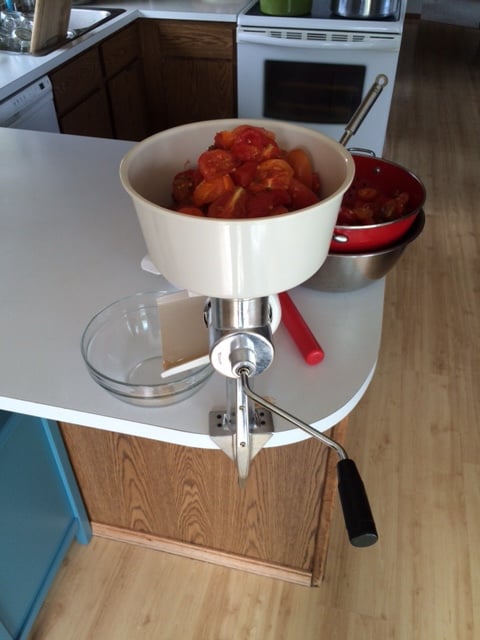 Which gives you this: 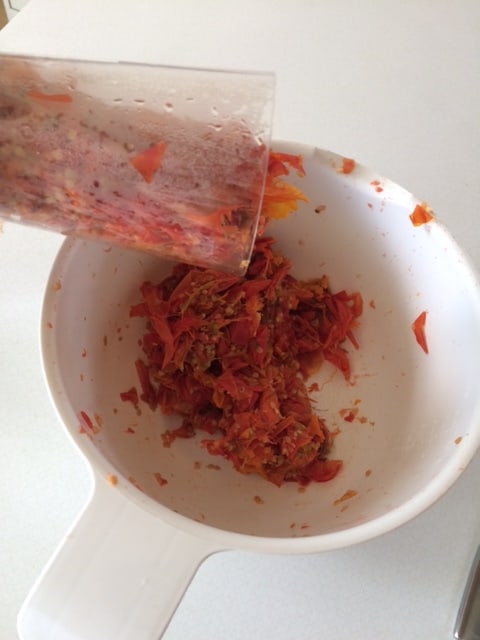 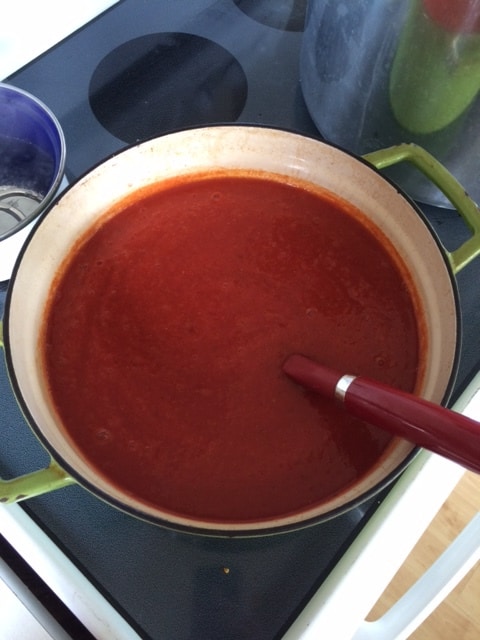 And then you put it in this: 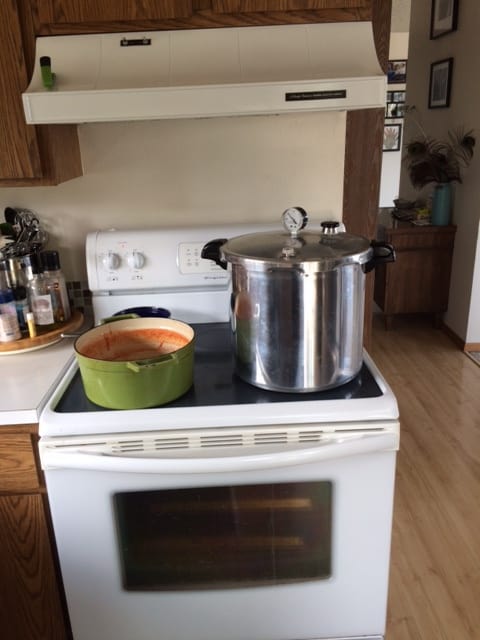 And voila, you get this! 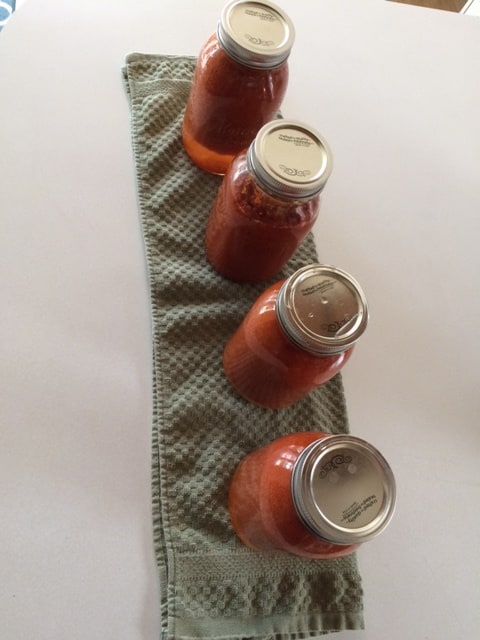 Whoop, there it is!

I thought you knew?

I had a midwife appointment this week, and while she has told me before she is not “the midwife who will hound anyone about their weight gain”, she did write me a prescription for nightly ice cream.  I’ve gained two pounds in five weeks, which only brings me three pounds under my pre-pregnancy weight.  To me, compared with being pregnant with Jack, I am soooooo far ahead and so much healthier.  At almost 18 weeks pregnant with Jack, I was still puking 10 times a day and probably 10-15 pounds underweight.  Food tastes good this time, and even though I am still getting sick occasionally. I feel so much better this go around.  #blessed!

But listen, if a medical professional tells you to eat ice cream every night, you do it.  Who am I to ignore medical advice?  Not this girl.

If you looked up “perfectly healthy and boring person” in a medical dictionary, there is a picture of me looking bored and glowing.  Every single thing medically related, there is usually a base line of what the ideal measurement should be.  And that is always where I am.  Troy was telling me almost no one is really close to the “ideal” blood pressure of 120/80.  Well, mine is usually 118 or 119 over 79. Boom. Base line.

My midwife took my blood pressure during the appointment (knowing that I am usually “perfect), and did a bit of a double take when she saw the results.  I was a whopping 91/67.  She said “if we weren’t sitting here talking, I’d have to poke you to make sure you weren’t dead”.

Apparently from 15-24 weeks, your blood volume doubles and it does crazy things to your blood pressure.  And I was told that tall girls blood pressure is usually lower and wackier during this time.  I’m overall feeling fine, but now I understand why during my hour-long presentations that I give at work, I was getting winded and wanted to sit down.

Meal plan time!  Other than ice cream of course.  There also needs to be some substantial protein consumed during actual meals.  Pfft.

Thursday:: I’m working late and honestly wrote “late” on my list as a note to myself to make something simple.  Well I overlooked that later, thinking that day was already planned, and now I have nothing actually planned.  Troy will have to come up with something.

This week I spent $16.58 at the local butcher, $37. 12 at the grocery store, $51.97 at Costco, and $32 at the farmer’s market.  Of that amount at the farmer’s market, over half was for a giant box of pickling cucumbers.  I saw it at my favorite stand, ran over and yelled “what is the case price for that”???  He ended up giving me my total order for $4 off because I bought so much.  Score.  Later today, my sis, and a coworker and I are making my favorite fridge pickles.

Also, what is your favorite flavor of ice cream??  Tell me more!