So, I’m going to tell you a story, but the point of the story is not to make myself look cool.

No, the point of the story is a public service announcement to watch your fucking kids in a bounce house.

Last night, we went to Troy’s company’s Christmas party.  The company always does a fabulous job of making it family-friendly, and this year, just like the last few years, there was a bounce house for the kids.  Jack was in there all night, and basically I brought home a sweating ball of energy that semi-resembled a child.

We made sure to snag a table right next to the bounce house, because my kid is an anarchist and basically thinks that any kid who wants to play with him, naturally wants to wrestle.  Before Jack went in, I told him that I was watching him, as was Jesus.  You know, insurance policy stuff.  Cover all your bases.

One of the kids playing in the bounce house, judging by her big noggin, and belly, was no more than two years old.  Her parents spent most of the night way across the room.  I am all for kids being independent, but a two year old with a bunch of older kids in a bounce house didn’t seem like the best situation I could imagine as a parent.

Towards the end of the night, the little girl was sitting towards the bottom of the slide attached to the bounce house.  Just sitting there, while crazy-assed kids (like my son) were playing at the top.  She was pretty tippy, and I can’t even explain it, but I had this vision of her falling backwards, and I feel like I ran over there in slow motion trying to catch her.  Please read this sentence in a dramatic slow motion voice “noooooooo, watch the baby”.

Right as I reached her, she was about 3 inches from the floor, I dove and put my right hand under her head as it hit the ground.  My left hand was under her back, and both hands absorbed the impact and she was totally fine.  I snuggled her for a second, put her feet on the ground, and being a kid, she climbed back in to the bounce house for more abuse.

I sat down, with my heart pounding, trying not to crap my pants.  Troy’s boss and HR manager had seen the whole thing, came over and the jist of what they said was “whoa,  Holy crap.  OMG.  WHAT”?!?!?  His boss said “you have great reflexes; you should be an EMT”.

I’m now contemplating officially changing the name of this blog to “The Swearing Lutheran Who Also is a Freaking Ninja”.  Kinda wordy though…

Other than my heart nearly exploding from fear, it was a pretty low-key week.  I worked late a few days (becoming the norm, and it makes me want to kick a dog) and got the stitches taken out of my head.  It took all of 45 seconds, and I’m sure my insurance was charged at least $500, so I helped myself to two of the complimentary hand sanitizers they had at the front desk.  Thankyouverymuch!

Jack went and saw Santa this week, and I’m convinced that next year, Santa will need to sit on his lap, because holy crap when did my child get so freaking huge? 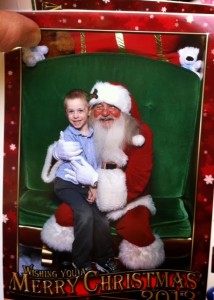 He told Santa he wanted a “red big boy alarm clock, and a remote control truck”.  The alarm clock has been on the wishlist for months now, ever since I took to waking him up with my ice cold hands on his naked back.  He tells me at least three times a day that with his big boy alarm clock, he can wake himself up and I don’t need to “freeze him”.  He is very specific that it is “big boy” alarm clock, and not  in the shape of a Lego, or a super hero, but just a regular one.  We found what he wanted on Amazon, and then I texted Santa the link, so he’s all set.

I also hit up Goodwill, and found two of the greatest things ever.  One that I did not buy: 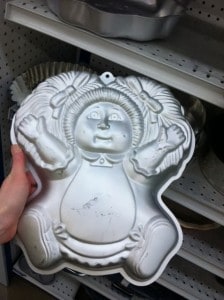 and one that I did and I shall officially marry next week:

I’m going to be off for a week starting the 23rd, and we’re going to put in a new toilet in our master bath, and paint it at the same time.  I’m going to spray paint the frames, and hang these amazing photos behind the toilet.

This weekend, I spent a lot of time waiting in cars.  I picked up an old habit to kill time; knitting! It has been so long since I’ve knitted anything, I had to watch a Youtube video to remember how to purrl. 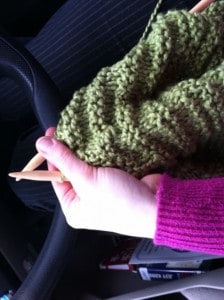 Thursday:: I am working late, so my in-laws will feed my boys.

Saturday:: We are headed to Ocean Shores for a nice weekend get away.  My in-laws have a nice cottage down there, and we have only used it twice in four years because of Troy’s “awesome schedule”.  The boys and I will dine out on Saturday.

Sunday:: Still at the ocean, and I’m going to make Troy grill up some Trader Joes hot dogs, and we’ll serve them with salad, cole slaw, and sweet potato fries.

I blew my budget again this week.  Surely it has to do with Trader Joes and needs for holiday baking?  And the need for gummy bears and peanut butter cups to sneak into Catching Fire.  Surely, right?  I spent $7 at the farm for raw milk, $19.89 at Costco (salad, apples, and dates), $15.62 at the grocery store, and a whopping $71 at Trader Joes.  :shakes my fist at Trader Joes: