So, big news in our house.

My work project wrapped up at noon on Wednesday, and by 8:25 am on Thursday morning I was holding Bennett in my arms in the birthing tub.  It was an insane little turn around!

This was the photo I posted on Wednesday on Facebook saying I was done with my work project and ready to have a baby: 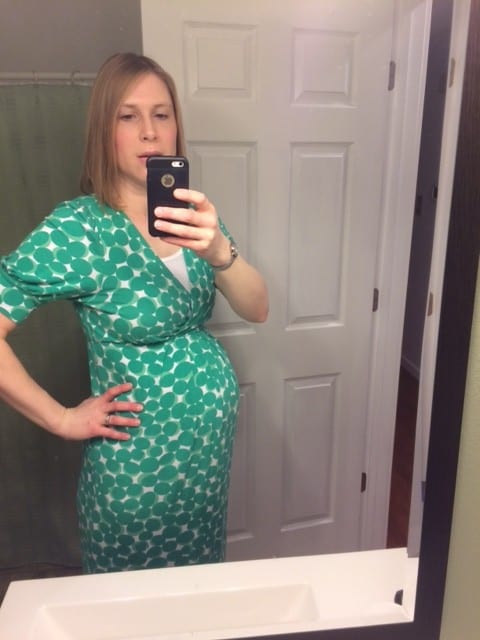 There was a mini debate on if I had “really” dropped and was ready to have said baby.  My midwife said I had dropped three weeks before my due date, and it was only by a miracle that baby was still in there.  Bennett is apparently competitive and wanted to prove my point that I had actually dropped, and arrived less than 24 hours after that post.

I’m going to work on the actual birth story soon, but until then, just know that all went extremely well.  We’re crazy blessed and are all very much in love with this little dude.  Especially the proudest big brother in the history of sibling-hood. 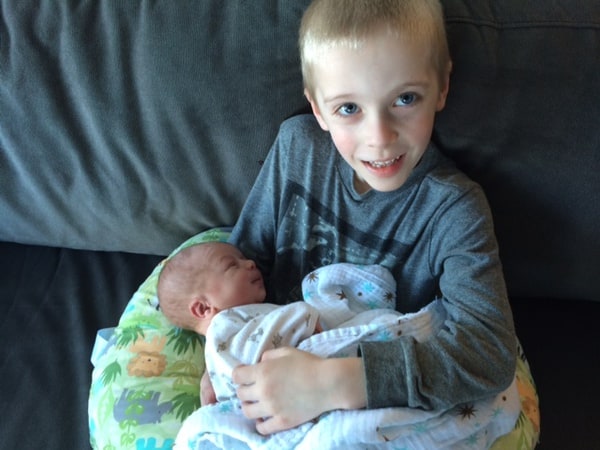 Apparently we are not original parents and only know how to make one kind of kid. Jack at two days old in the photo on the left (red hat). 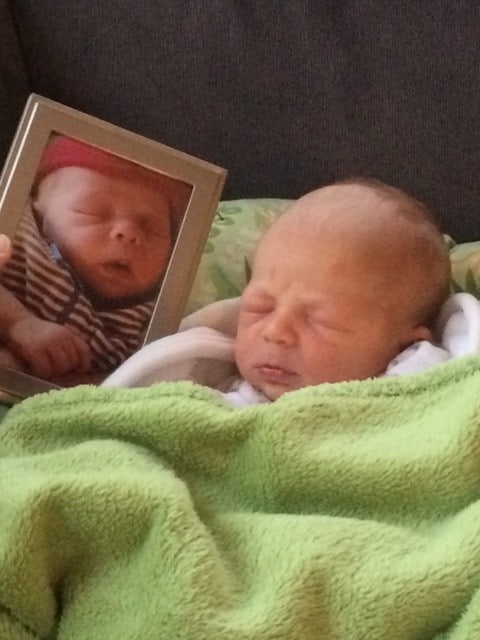 In the space-time continuum, Jack is essentially holding himself in this photo. 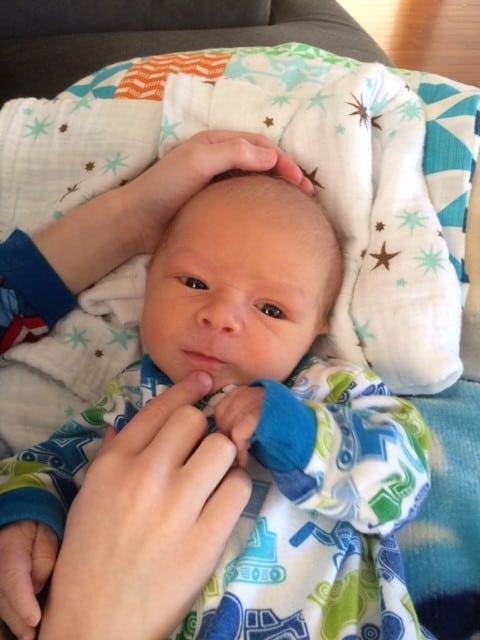 Meal plan time.  Going as simple as possible this week.  We have some meals in the freezer, but with Troy home for a month, it’s very easy to just throw a few things together and call it a meal.

Tuesday:: Chicken kebabs on the grill, rice, and potstickers (I can eat gluten again!!!)

Wednesday:: Tomato soup (canned from the garden), grilled flat bread (a Troy original – and hurray for gluten), and peas with browned butter.

Groceries this week are really light since I planned meals around what we pretty much already had on hand.  Troy and Jack are at swim lessons right now and hitting up Costco.  B dubs and I are home watching season 10 of Top Chef on Hulu!