My self-imposed maternity leave is officially over as of tomorrow morning.

When Jack was a baby, I gave myself three weeks to “sleep in” and watch Golden Girls in bed while Jack snoozed on my chest.  Three weeks to eat breakfast in the bed and stumble in to the shower around 11 am.  And then I forced myself to get up early, be showered, fed, and ready to go before Jack woke up for the day.

You could say that not being rushed in the mornings makes me a better mom because I can focus on the task at hand.  Or a better wife because I’m not putting everything on Troy.  But more than anything, it makes me a better person to have a little time to myself in the morning and be ready to start the day before anyone else.  And so, my butt will be hauling itself in to the shower between 5 and 6 am every weekday morning as of tomorrow.  We’ll all be better off for it. But mostly me! 🙂

Part of getting up earlier in the day means I’ll be giving myself more time to blog.  Most nights I sit down to write, and then I get attacked by a little grub, and can’t get to my laptop. 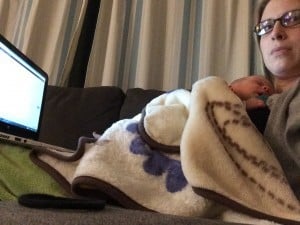 Also, starting in just over a week, I’ll be watching my nephew before and after school, so I have to be on my A game and be ready before they get here.

Troy and I were talking on Friday about how Bennett is sooooo similar to Jack.  We discovered this week how similar they were…when we had to take B Dubs to the doctor to get on meds for reflux.  Blerg.  Jack was a harfer of epic proportions and we walked around smelling like a Dairy Queen that had been locked up in the desert, and all the ice cream was allowed to rot.  Bennett seems to have “silent” reflux which means he doesn’t produce a lot of spit up, but man oh man he’s still in pain.  On the positive side, we were able to recognize what was happening (after denying it was reflux to my friend Elaina…you know cause the cobbler’s kids never have shoes and all) and get him meds quickly. Compare that with Jack in that we had no idea what was going on and we let him just be in pain for almost four months.

When I was pregnant, I would pray every night that Bennett would be healthy, happy, productive, generous, kind, intelligent, compassionate, considerate, tolerant…and as cute as Jack.  Troy decided that God gave us the same kid a second time because of my vanity.

We’re not sure if the meds are working all that well, but little dude has good days and bad days, so we enjoy the good to get us through the not so good.  Jack is also having a lot of stomach aches again (they’re legit and not a “I want attention because of the new baby” kind of thing), but thankfully none have hit like what we were dealing with in December.  Going back on the heavy-duty probiotics, and praying for the best. 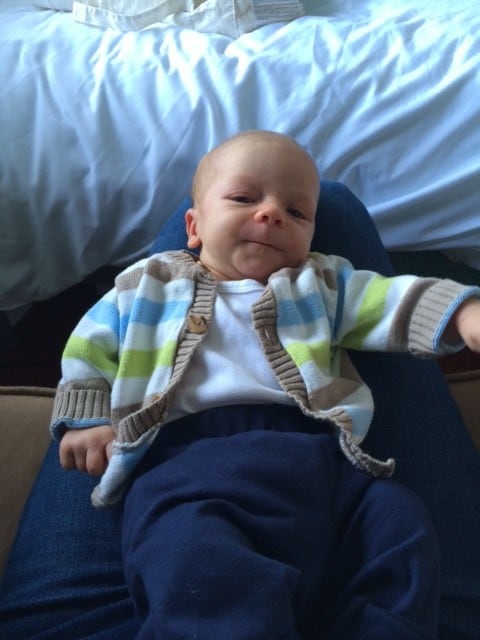 I had been telling Troy that Bennett was eating like a maniac, and my nips were close to falling off.  You like how his cheeks are starting to fill out? We took him in to the pediatrician’s office last Tuesday, and the little piggy had gained 9.5 oz in a week!!  Oink oink baby (name that show).

Our meal plan evolved slowly and awkwardly this week; it was like pulling teeth to try to figure out what to eat this week.

Monday:: Pasta dish from the freezer (a coworker gave it to me) and stir-fried shishito peppers

Tuesday:: Chicken and dumplings (this never happened last week because of a late doctor’s appointment), salad