In memorium: the industrial bottle I have used for the last eight years for my homemade surface spray, finally bit the dust last night.  I feel comfortable that I got my $6 worth out of it.  I went right out and got myself another one post haste.  We’ll see if I can stretch this one to nine years.

Jack has a loose tooth and is spending all his waking hours wiggling it, and it is causing me to throw up in my mouth about 391 times a day.  YUCK!!!!

Last week I mentioned I was going to try to make a shark toothfairy pillow.  Well, I tried.  Tried. 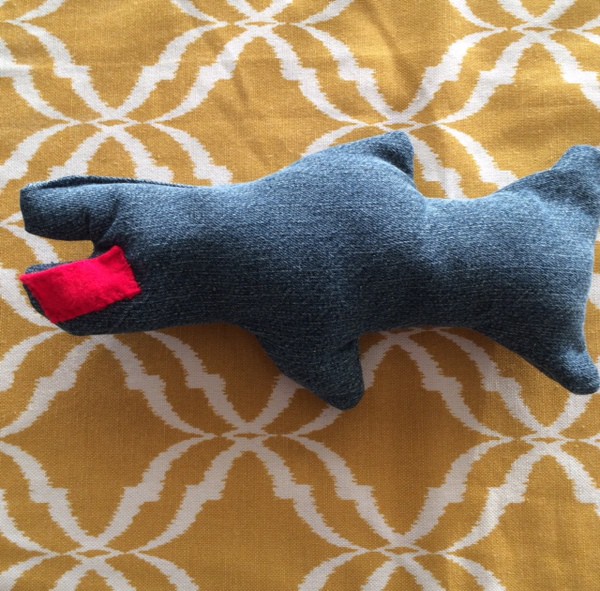 It isn’t perfect, but it was free, and the toothfairy will be able to locate the tooth and leave the cash safely.  The body is made out of an old pair of Jack’s jeans, and the red mouth (aka exploding herpes as Troy calls it), was leftover from some random Christmas thing a few years ago.  The body is stuffed with quilt scraps that I keep in a bin for just such an occasion.

Because one never knows when a denim shark needs to be made on demand.

Know how to make a type A girl happy?  Build her some closet shelves when she is at work.  Thanks honey. 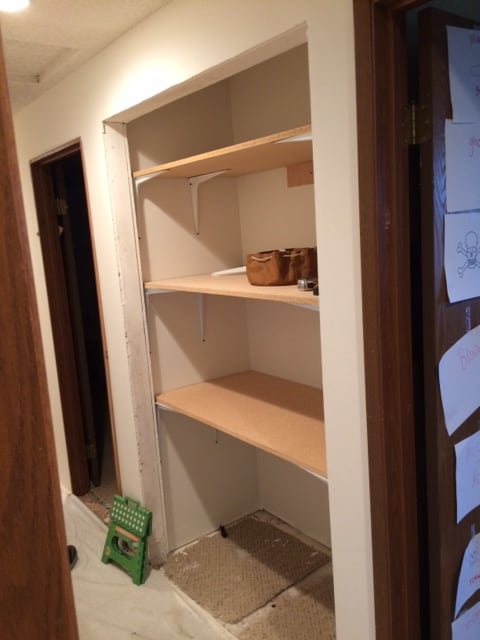 It was movie night, but I was so excited to get to organizing (nerd alert) that I went and started moving in to the new space as soon as I was done with my popcorn.  Man oh man, it felt GREAT to be putting things in bins, and pulling extra towels and sheets out from under the bed. 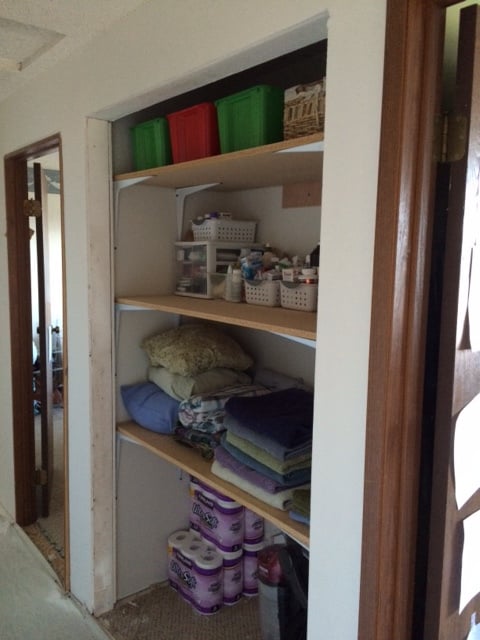 We had all the bins hanging around in various places, so other than the brackets and the lumber, the re-org was free.  That bottom shelf is really high, so that we can store our vacuum there.  It folds in half, so Troy measured it to rest right above the vacuum.  As a result of the height, we can stack three packages of toilet paper on top of each other.  That is almost 1.5 huge Costco things of you see below.

I swear I’m not bragging to our East Coast friends, but Monday, President’s Day was insane.  INSANE.  Flowering trees that usually start in mid-March are in full bloom, and I was in a t-shirt outside for almost six hours working in the yard.  My to-do list was long, but my enthusiasm to be outside was overpowering.  From 9 am ish to 2:30 pm ish, I:

I took a shower, did some in-house cleaning, and then cooked dinner.  I sat down to eat dinner, and when I was done, I found myself stuck in my seat.  As in, I had zero energy to get out of my chair.  I had never felt “old” until that moment.  And that evening, I realized why I was so damn tired:

I’m going to plant carrots outside next week using “grow tape” because carrot seeds piss me off so much that I just chuck them and yell “grow damn it”.  And then I have the audacity to complain later in the season “well, I guess carrots just don’t do well in my garden”.  Lies.

I received a wonderful surprise gift last week from my friend Anne.  She found these before last Christmas and meant to save them as my birthday gift (October), but couldn’t wait and they became a Valentines gift.  I love them’ they’re so amazing! 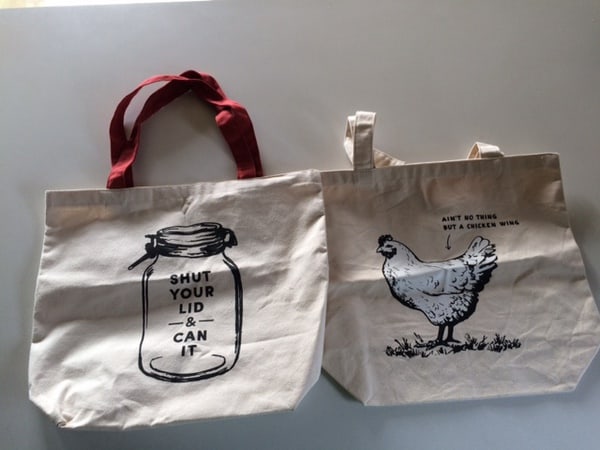 While I was cooking dinner the other night, Troy and Jack were doing this.  How do men still control this world?

I was driving home the other night and I saw a Mini Cooper with the license plate “Minilvr”.  Um…I guess there is something to be said for truth in advertising, no?

Tuesday:: Tomato soup (Jack’s request, so I think he is up to something), my fake Red Lobster biscuits, and salad.

To be fair, it included toilet paper and my Vitamix!!!!  Last week, we were at Costco and saw there was a $25 instant rebate on the blender I have been saving up to buy for almost six months (saving a little each paycheck, and combining it with our yearly Costco AMEX rebate).  I was so excited.  You can imagine my dismay when I went today to see that model was gone.  I talked with a clerk and they said they sent them all back two days ago to make room for a different model…which was $50 more.  BALLS.  I still got it, but it took a bit of the pep out of my step.

Didn’t stop me from making the smoothest batch of hummus ever when I got home though!