First, I announced that I am going to quit my job to become someone who writes movie synopsis in 250 words or less.  I think it will be highly profitable.

My friends and I were talking about the movie Pollyanna, and one of my friends had never seen it.  I told her she had experienced a form of child abuse, and she was confused.  I wrote her a little rundown on the movie, and I’m sure she is now dying to run out and watch it. 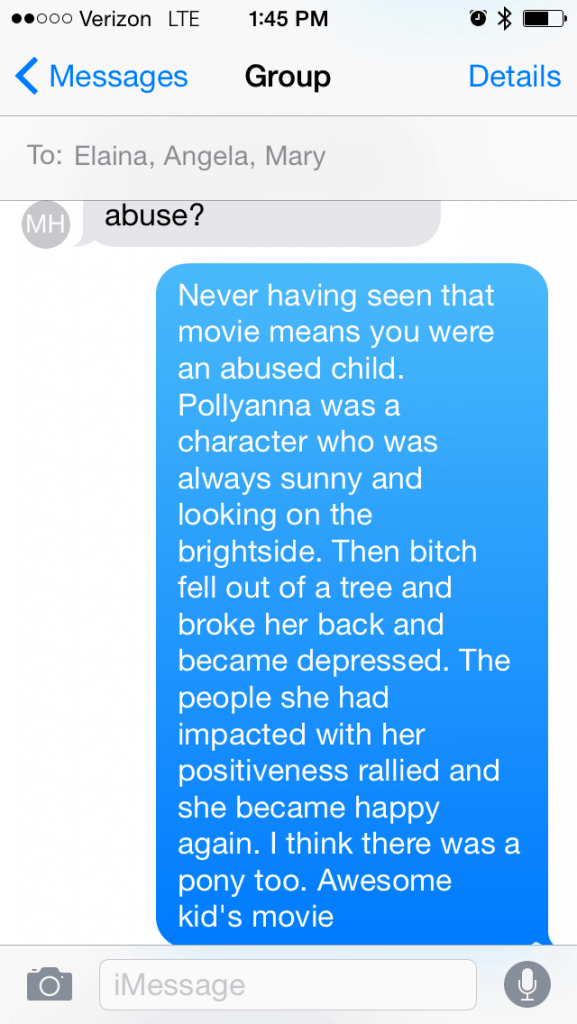 Additionally, on Saturday, I shamed myself in public to try to force myself in to organizing our desk.  We had a big desk, but moved it downstairs for my parents  because I refused to let them move the horrible one they had at their old house.  It had zero storage, and hoarders need storage ya’ll!  It just had crap piled all over it, so I told them to take our desk.  My mom’s family has this little antique secretary desk that they didn’t have space for, so I said we would take it.  We moved everything out of the old desk in about 5 minutes, and it’s been oh, ’bout two months since they moved in and I had done nothing with the crap.  It just sat in the little eat in dining room attached to our kitchen.  Mocking me.  Telling me my hoarding DNA was coming out.  Was trying to break free, and kill the part of my soul that loves to organize. 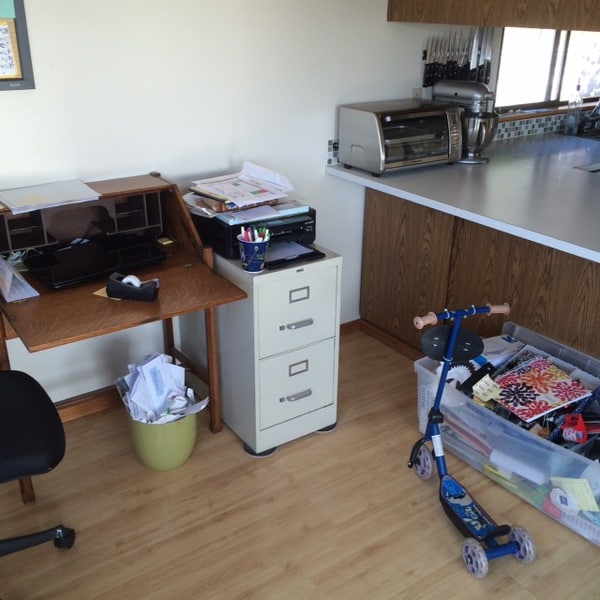 I hauled butt to Target yesterday morning – even though it was out of my way – just to get a little cupboard thing I have had my eye on for months.  Wouldn’t you know it, the cupboard was the only one left, and in the clearance section.  An hour of organizing later, and I have put an end to the shame spiral. 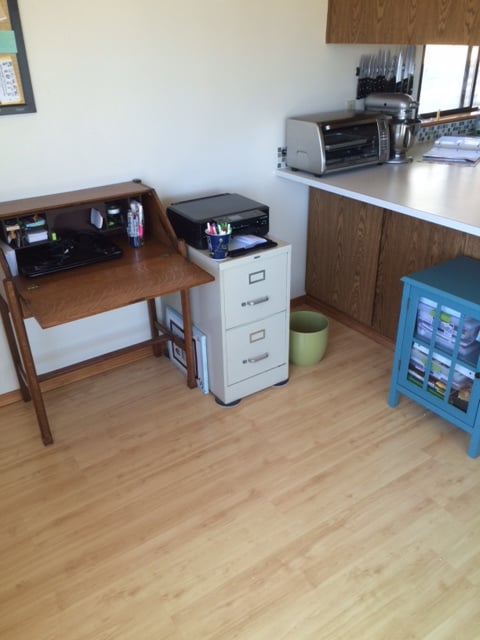 But the craziest thing we did this week?  Well, we ate some protein bars made from cricket flour.  As in ground crickets.  Did I stutter?  🙂  A co-worker/friend gave me an Exo protein bar to try.  Being nice, I saved it for Troy and Jack as well.  Troy and I tried some (review on Facebook), but the surprise was Jack chowing down on it his cricket bar!

Meal plan time!  Just a reminder, we only plan dinners.  Lunches are leftovers from the night before, and we all do our own thing for breakfast.

Monday::  “Egg pie”, aka Frittata, and stir-fried pea pods from the garden.  That is, if I have the energy to go out and pick them.  And/or my neighbor whose yard overlooks mine (we’re on a steep hill so everyone is terraced) isn’t outside with her burnout friends drinking and smoking. I hate going out there when they are partaking in the fermented brew (40’s).  And I try to back up in to the house while they tell me they love me, and ask me what the difference is between brown and white chickens eggs.

I’ll get up extra early just to pick strawberries in the morning to avoid listening to their drunken bullshit.  Thankfully it is light by 5 am here in the summer, so you’re all invited to a 5:30 strawberry harvesting party at my house tomorrow morning.  #winning

Tuesday:: I’m working late, so we’re having a quick (to put together) dinner of paninis with smoked turkey, smoked gouda, with a smear of jalapeno artichoke dip on sourdough.  It’s quite tasty.  And shall be paired with a salad.

Wednesday:: I’m working 12 hours (:confetti:), so Troy is in charge of pizza and salad.  I think we all know it will just be pizza.

Thursday:: I’m working late again (:t-shirt cannon:), so it will be a quick-to-heat breakfast dinner of waffles and bacon from the freezer, and a quick batch of scrambled eggs.

Friday:: Popcorn dinner.  Best night of the week folks!  I’m off on Friday, and making/canning strawberry jam from the all the strawberries I picked and froze a few weeks ago.  Canning is exhausting.  I’m hoping the weather is rainy.  No chance though since my lawn already looks like it is August; brown and crunchy.

Saturday:: No clue. That seems so far away, doesn’t it?  Maybe we’ll have jam.

Sunday:: Family dinner/Father’s day.  My sis and I will need to come up with something so that my dad and Troy don’t cook.  Maybe…jam?

This week I spent $44.78 at the grocery store, $7 at the farm (needed extra milk to make homemade pudding for a friend’s kiddo who is having tonsil surgery on Tuesday), and $12.18 at the fancy pants grocery store (Central Market) for bulk dark cocoa powder and organic heavy cream.

originally posted on June 14, 2015; Updated on June 11, 2018
1 Comment//Leave a Comment »
Categories: Meal Plan
« Previous PostConfessions
Next Post » This Post is Brought to You by the Letter P