Saturday was a battlefield in my house.  There was a Nerf takeover happening, and I was just a hapless bystander.

Troy, ever the incredibly handy man, created a nerf blow dart gun out of a PVC pipe.  To demonstrate its effectiveness to Jack, he showed how it could shoot from the living room to the kitchen and right in to my face at 50 mph.  Ouch.

It is one hell of a dart gun though.

Yesterday morning, Jack and I met my sister, brother-in-law, and nephew at an amazing breakfast place where I ate the meerkats out of some smoked salmon eggs benedict.  Great scotts, it was delicious!  After that, we went to a paint your own pottery place.  Jack wanted to make something for Troy’s dad’s upcoming birthday, and a picture frame for his best friend at church.

His Lutheran bestie is a 75 year old man name Richard who has MS.  Jack invited him to his birthday party last year.  Later this morning, I am taking a photo of Jack and Richard before the service, and then Jack will give him the framed photo next weekend on Richard’s birthday.

Between you and me, I hope Richard’s eye sight is kinda shot, because the picture frame looks like a pile of meerkats.  It was a work of love, but man it is not a work of art.

Also, there was this. 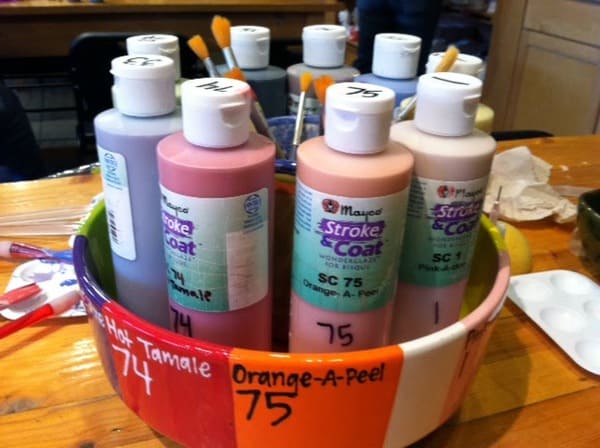 Last night while cooking up a storm, I grabbed a hot cast iron skillet out of the oven with a pot holder that apparently has seen better days, because I got this weird burn through the pot holder.  So strange, right?  That crazy line at the bottom of my palm?  I wonder if some stroke and coat might soothe that burn…. 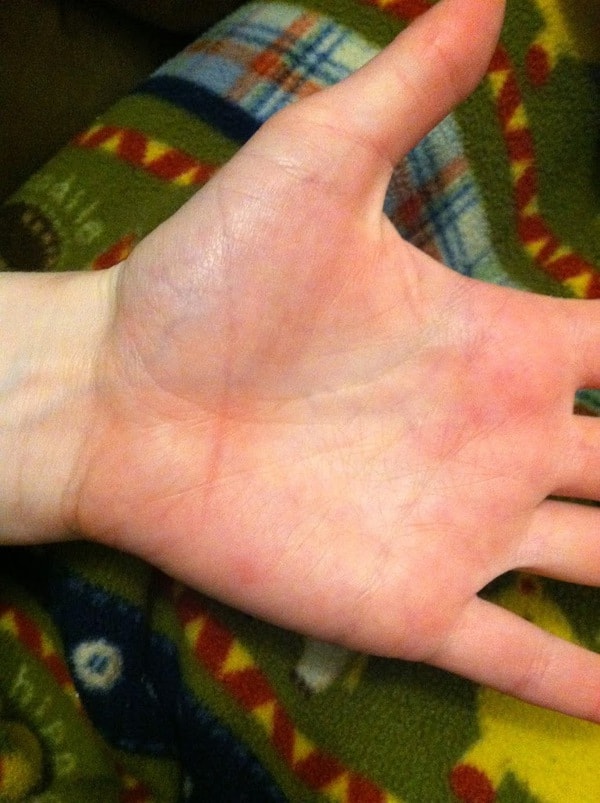 Meal plan time!  Reminder, I only plan dinners.  My breakfast of choice has changed, and I’m now obsessed with homemade Greek yogurt with tons of cut up fresh fruit (or fruit I froze in the summer), and a homemade granola bar crumbled on top.  It’s delicious and keeps me completely full and satisfied until lunch. Lunches are always leftovers.  We rarely eat dessert during the week, and our dinner drink of choice is water kefir soda.

Tuesday::  Frittata, salad, and tomato soup canned from last year’s garden.  Yes, we did have frittata last week, thanks for noticing.  I hadn’t made it in a while, and it tasted so good, and was so easy, that I’m calling re-do.

Wednesday:: A family member is marking a big milestone, and we’re all going out to dinner.

Thursday:: Typically, we eat at my in-laws, but since Troy and Jack are having boy day, we have to eat dinner at home.  Troy is going to make some of his amazing burgers, and I’ll make sweet potato fries, salad, and fruit.

Friday:: We’re eating dinner over at our neighbor’s house.

Saturday:: Since Friday is our traditional popcorn day, we’ll have popcorn dinner a day late.

Sunday:: Jack is going to a private showing of Mr. Peabody and Sherman at a movie theater for the birthday of a preschool friend.  I know.  Birthdays have gotten big, haven’t they?  The party will be later afternoon, so we’re going to bail on Sunday dinner, and will have peanut satay, rice, and salad at home.

What are you all having this week?
originally posted on March 16, 2014; Updated on November 15, 2018
5 Comments//Leave a Comment »
Categories: Meal Plan
« Previous PostThe Party Bitch
Next Post » The changes of life