I spent a really crazy Friday night writing down all the food we have in our house.  It was a lot.  As in five legal pad pages worth.

I was 50% horrified at how much food there was, 70% proud that I stocked up that much while keeping our budget low, and 32% certain I am terrible at math.

Later this week, I’m going to type up the whole list and see if I can insert it as an attachment.  Not sure how to do that in WordPress, but I’m sure my friend Google can tell me.  I’m thinking an attachment is better than a 15 screen page long post listing all my food.

Did I mention there was a lot of it?  Oh boy, yeah.

We also acquired a $140 wire shelf via Craigslist for $20 last week, so Troy put that together one day, and part of my exciting Friday was organizing it.  I really do have simple pleasures.

Mr. Jack finally lost his first tooth this week.  It fell on the kitchen floor while I was making dinner.  I almost harfed.  So nasty. 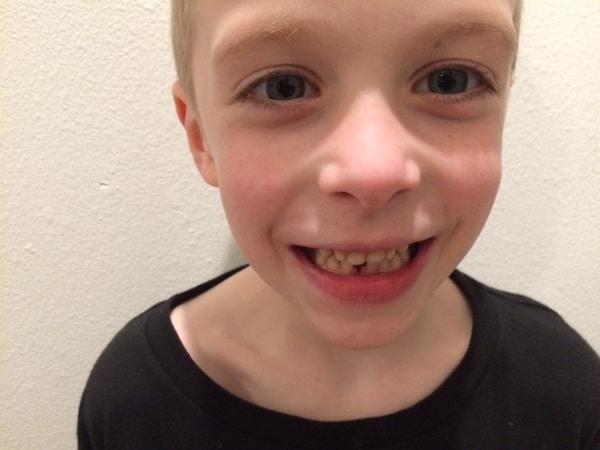 He was worried the tooth fairy might not know where the tooth was, so he wrote a very obvious note indicating it’s location.  Clever. 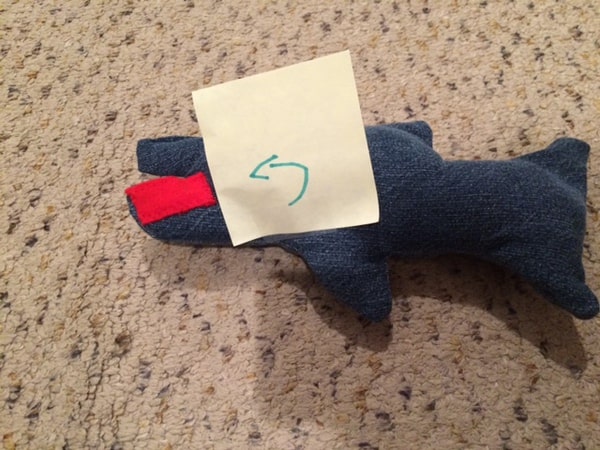 I work with a woman with seven kids.  It’s bananas.  The tooth fairy hasn’t visited her house in years, because in her house, the tooth fairy union rules are that she can’t deliver to messy rooms.   That lady kills me!

Saturday, we had a going away party for someone at work.  Someone else organized it, and when I showed up, I thought I surely had the wrong location.  It was essentially a biker bar that opens at 6 am, and serves bloody mary “meals” as in there are sticks of steak and shrimp sticking out of the glass.  The place was insane.  I think our original server was trying to get a big tip, because he carded me when I ordered a water.  I started laughing, and he said “I need to see your ID because there is no way you’re much older than 21”.  I gave him my ID and he said “I’m shocked”.  I said “yeah, I used to be a waitress and I’d pull that trip on older ladies to try to get a bigger tip.  Nice try pal”.  Sheesh.

Troy was off a few days in a row this week, and praise the Lord, our hallway is finally painted thanks to his hard work! 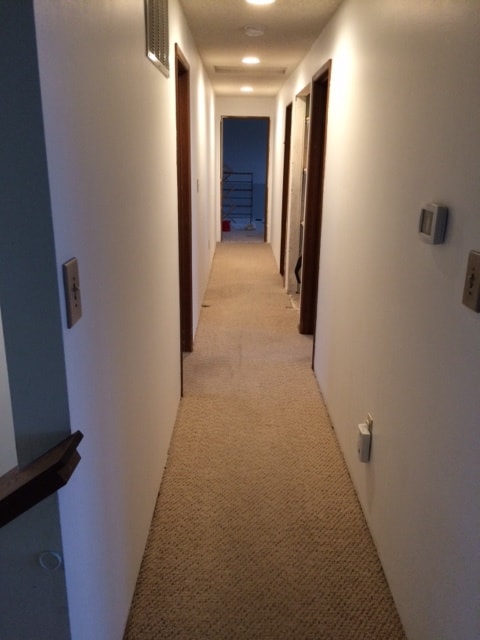 If you can see the 2 divots in the carpet by the open linen closet, that is where our bedroom door used to be. The doorway in the very far background is where the house used to end. It’s now the door to our new bedroom. Currently home to our laundry drying racks.

It’s so funny, the contractor’s tarps are finally gone, and even though I still HATE the carpet, it’s amazing how nice crappy carpet looks after six months of tarps and drop cloths.

The plan this week is for Troy to paint the new walls in our master closet, and start laying the wood floors down in there first.  He isn’t quite sure what he is doing, and his back gets crazy sore after a while, but he is so dang handy that I’m not worried.

Are you signed up for the March Grocery Challenge?  My budget never really lines up with the calendar month, since I take out my cash at payday (1oth and 25th).  I had some cash leftover from the last budget cycle, and I used it all up on Friday.  But don’t you fear, I wasn’t stocking up for March.  Our friends have a new baby, and he is currently in the fire academy.  He’s gone all week, and with a new baby cooking for the week is a challenge.  I spent the extra budget I had on food for them.  I busted my butt Saturday morning, and cranked out nine breakfasts (5 pints of freezer oatmeal with fruit, and 4 meals of  breakfast burritos, steamed apples with cinnamon, and sweet potato hashbrowns), and five dinners (3 taco bowls, and 2 things of BBQ’ed pork, sweet potato hashbrowns, and corn).

So don’t worry…I wasn’t cheating on the challenge!

Monday:: Salmon cakes, whole wheat Red Lobster biscuits (we seem to be on a streak with them), and salad.

Tuesday::  I’m working late.  The boys will have pizza and salad.

Wednesday::  I’m working late again.  I’m really starting to resent this aspect of my job.  Really resent it.  The boys will have chicken satay, rice, and salad.

Saturday::  I’m going to make a soup, and some dutch oven bread.  Not quite sure what kind of soup, but it will be delicious in my eyes, and horrid in Jack’s.

Sunday:: Family dinner at my parent’s.  This week, I am contributing roasted sweet potatoes with my special chipotle seasoning mix.

Since I go to Costco on Sunday afternoons, I’m going to report my weekly totals at the end of next week.

What are you having this week?  Are you already finding yourself struggling with the grocery challenge?