One, I’ve found the world’s best make up ever.  In the world.  EVER.

Did I mention it’s the best ever?

This stuff smooths out my skin tone, has a primer in the make up, acts like a tinted BB cream, and is super moisturizing.  Unlike other make up, this one doesn’t cause me to break out.  I tried a tinted moisturizer from MAC and it gave me a beard of zits. 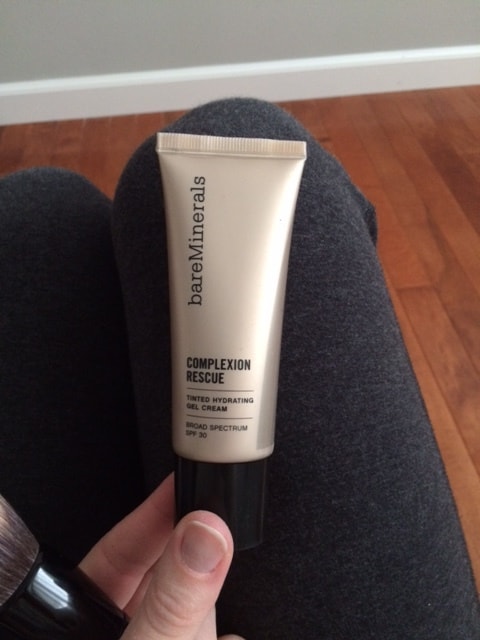 Second thing.  The lightest color they have is almost too dark for me.  It’s call “Opal”.  They might as well just call it “ass white”.

I found a gluten-free, organic chocolate rice krispie cereal on sale at our grocery store.  I bought a box.  And turned them in to rice krispie treats.  And then I had to put them in the freezer immediately because they were so good I didn’t trust myself.  They made me want to punch a puppy.

Now generally, you know I’m pretty in control of my actions and instincts.  I often give up sugar or gluten, or other things for a month at a time just to test myself.  Just to see if I can do it.  I get up at 4:30 am to work out for 30-45 minutes, because I know it is good for me.  I give myself the willpower to get up five days a week even though I’m exhausted, and I put in a full work out.  Simply because I’ve put my mind to it.

Last year, I decided we had as many blueberries bushes as our micro farm could handle.  We didn’t have any more room, and honestly, 15 is more than most families have.  It was enough.  No more blueberries for this family!

My foot has been put down. 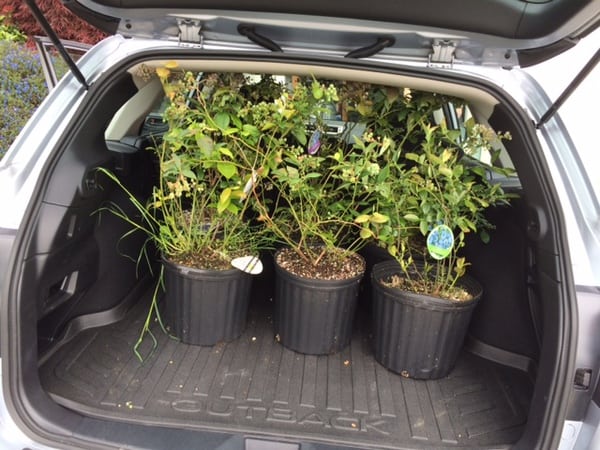 Those are not six additional blueberry bushes in my trunk.

Last year I was debating whether or not to rip out these rose bushes we had near our driveway.  They were pretty, but crazy and wild and took up valuable space (for edibles).  I finally decided to keep them because so much of our property is dedicated to practical planting purposes.  Well, last fall, our contractors told me they needed to dig them up to reach some power box, or sewer line, or water something or other.  I saw that as a sign that God wanted me to have more blueberries.  Whose gonna argue with God?  Not me!

As luck would have it, I got six more bushes on Friday and didn’t even need to take that space formerly occupied by the roses.  So, basically I have space to add even more blueberries later in the season!  God’s will is good.  And tasty.

My blueberry contact sells at our local farmer’s market, but he also sells them from his home.  If you come to his house to pick them up, he gives you (or maybe it’s just me because he says I remind him of his niece) a $10 per blueberry bush discount.  These are three and four-year old plants, so they come already loaded with berries, and you don’t have to wait for them to start producing fruit in a few years.  A friend asked me if it was cost-effective to spend $15 on a blueberry bush.  My response was “every year I get $7-12 worth of organic fruit off of each bush, and they’ll still be around in 30 years”.  So yep, cost-effective.

Guess what?  Six is awesome.  Jack is 90% better in terms of behavior, he is hilarious and fun to talk to, and he’s getting crazy independent.  He usually gets up early, even on weekends and used to make us come out in to the living room with him.  Now, he wakes us up to let us know he is awake (yeah…thanks), but is fine with going out there himself, making his own pre-breakfast snack.  When I’m downstairs helping my mom, Jack’s cool being upstairs alone and usually bides his time reading books.  Just yesterday,  Jack was chilling out in his room reading, while I was chilling on the couch drinking tea and reading my own book.  It was lovely!

Then, Jack came out and declared he was hungry for a snack.  I declared he could make it himself.  He decided on Trader Joes crackers with peanut butter, strawberries, and blueberries.  He complained a few times about the hard work, but loved his snack and the sense of accomplishment.  He then talked about it to everyone for the next few hours. 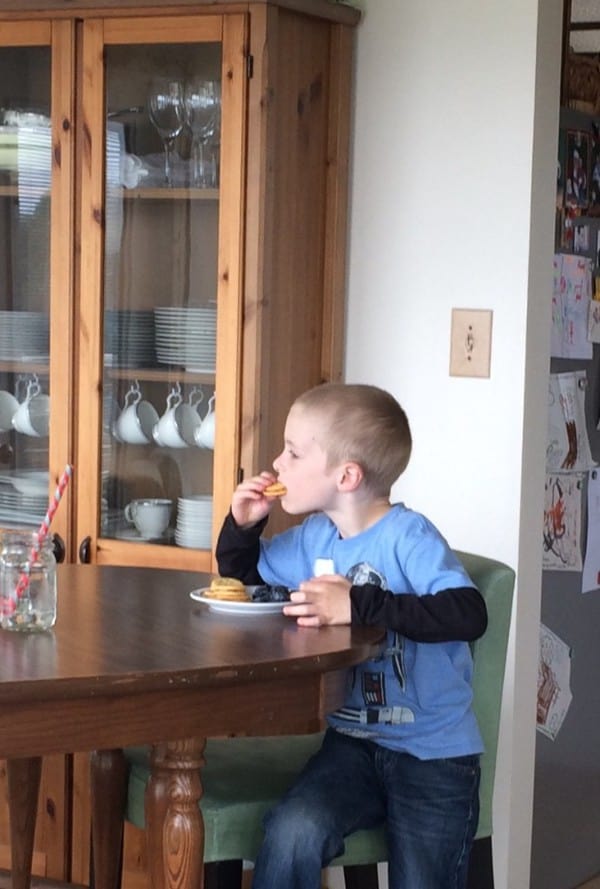 Photo taken from my comfy perch on the couch. Nary a butt cheek was lifted by me in the making of that snack.

I worked late every single day last week.  Every.single.day.  I feel like a slug every day when I walk in to my office, and I leave like an even slower slug, dreading the return the next day.  Blerg.  Double blerg.  The good news is, I only have to work late one day next week.  :confetti: