Oh boy, sickness has hit our house again.  It’s Troy again (no surprise there), and it’s some sort of tummy thing that is going around the fire station.  He started getting sick last night; after Jack and I had spent the whole day with him.  I’m just praying we didn’t catch it.  I want to take Jack away from the house, but I feel like going anywhere would only infect others.  We’re staying home from church today, because Jack’s favorite part of the service is when we all greet each other in the morning and shake hands.

His second favorite part is when they hand out the snakes!

Ha, just a little organized religion joke for you all.

In happier news, we found out this week that Troy got his full time job back as an EMT!  He was working full time until he went to the fire academy from February to May.  They dropped him down to part time (which was super generous to even let him keep his job), and between not working during the three months in the academy, and then part time after that, we’ve been hemorrhaging money.  Such a blessing for him to go back to full time!

Any BareMinerals (Escentuals) users out there?  I’ve been using it for probably two years now.  It’s more expensive than drug store make up, but I am willing to spend the money for a few reasons:

Anyhoo, I went to Macy’s last week to get a new container, and they have these huge jars of the original foundation available for the holidays right now.  It’s easily 2.5 times the size of the original one, but it’s only $11 more.  I bought it because it will last me well over two years.  The upfront cost is worth it to me for a larger supply.  If you use this make up, check it out because it’s a great deal compared to the original price.

Yesterday we met up with another local blogger for lunch, and an introduction to our butcher.  We had a great time!

Now, you know me, and know that this is not a political blog.  Back in June I wrote about Batman and Robin’s right to be happy.  Other than that, I keep my mouth shut about politics.  Generally.  Until like now. 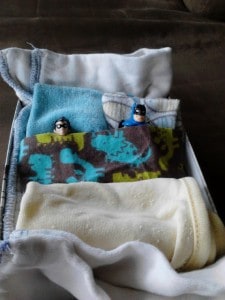 Everyone has a very personal opinion about gay marriage, and it’s not my place to tell you how you and your family should feel about it.  But, this is my blog and I tell you about my family and myself, so that’s that.  It may lose me a few readers, but to them I say, what a boring world to live in if you only choose to read things written by people who you agree with.

I couldn’t be more proud of my Washington State neighbors for legalizing gay marriage during the last election cycle.

When I was younger, my dad was driving me home from school one day.  I asked if I could stay up late to watch 20/20 that night (I was really cool from a super early age) because Elton John was going to talk about being gay, and “OMG dad being gay is so weird”.

My dad slammed on his brakes and pulled the car over to the side of the road.  I was then treated to a 10 minute lecture about how being different from others is not weird.  And that people are people and need to be treated with respect regardless of their differences from me.

And on that note, let’s talk food!

Monday:: this was supposed to be roast chicken, skillet potatoes, and fruit, but I think I’m going to make that tonight for dinner.  Originally we were going to my parent’s house today, but I don’t want to infect anyone with whatever Troy has.  I’ll probably make breakfast dinner tomorrow.

Wednesday:: Taco soup from the freezer (we never did eat this last week, because my amazing mother-in-law cooked one night!), quesadillas, and fruit.

Friday:: Popcorn dinner.  I get a lot of questions about our popcorn dinners.  I make popcorn on the stove, we have sliced fresh fruit, veggie sticks, slices of cheese, and whatever else I feel like putting on the plate.  We watch a movie from the library, and just chill.  No one leaves hungry, and it’s limited work on my part.

Saturday:: Pizza (this didn’t get made last week either), salad from the garden, and fruit.

Sunday:: Family dinner at my parent’s.  Unless Troy gets the plague or something.

I still need to run to the farm to get raw milk ($3.50 for a half gallon), but we spent $50 at the grocery store this week.  Organic cranberries were on sale, and let’s just say I went a little nuts stocking up on them.

What are you guys having this week?