I was not sad to see this week go.  It was insane, and it officially wiped me out!

Multiple days of windstorms, a 12 hour power outage (hardly a thing compared to some people who still don’t have power) that delayed everything I needed to get done, because hey, it’s hard to bake things when you don’t have power, five days of terrible traffic (my Outback still got 26.7 MPG despite a two hour traffic jam.  Subacca for the win!), and not getting home before 6:30 any night this week.

We had some windy ass weather at the start of the week.  Combined with torrential rains, and it was a recipe for nasty traffic, urban and river flooding, and trees down everywhere.  Thankfully, I had just bought a three pack of flashlights at Costco two weeks ago, and let me tell you they are the best flashlights we have ever owned.  Hands down.  You can buy them on Amazon, but if you have a Costco membership, I think they were like $6 cheaper.  These little lights can help land a plane.  Trust. 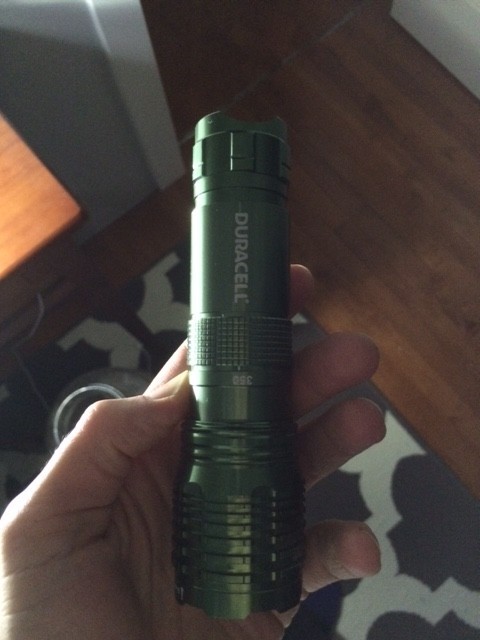 We also own a ton of normal candles and battery operated candles (safer option for the kidlet), and those came in handy as well.  The battery candles we own were a Costco purchase last year, but they are holding up like a champ.  We put one in each bathroom as a nightlight, and left them on until the power came back on at 1:14 am. 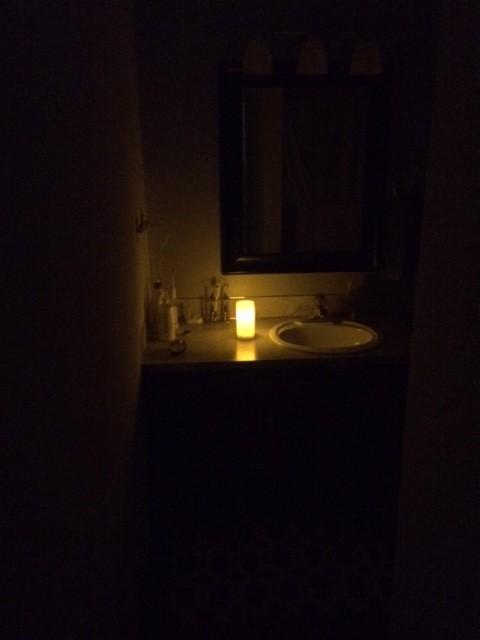 The darkness distracts from the hideous orange bathroom countertop

And thanks to being a family who owns lanterns and headlamps, we were fine.  My parent’s part of the house has an automatic switch over generator wired to it, so we were able to run a power cord up the stairs to keep the fridge cold along with power one lamp in Jack’s room.  We would have been totally fine without it, but it was a nice perk for sure.

I literally (literally) cannot wait until we have our wood stove upstairs, but that is many many months if not years away.  Them suckers are spendy!

I had a midwife appointment on Thursday, and the good news is I passed my glucose test and my growth is totally on target.  I gained four pounds in two weeks, and am a mere two pounds away from what I gained total with Jack.  Which makes sense since I lost a ton more weight with that boy and was sicker about six weeks longer!

The bad news is my iron is low.  LOW.  As in it is so low that my midwife told me if I can’t get my levels up, the birthing center where I plan to deliver won’t accept me.  And since that shit ain’t happening, I have an iron crazy game plan in place.  I’m drinking an iron rich tea like it is my job.  I’m having smoothies with two cups of spinach in them.  Beef which I am fine with, but don’t eat a ton of, is making frequent appearances on my plate. I’m roasting pumpkin seed with seasonings to snack on.  And finally, I’m taking a liquid iron supplement (it’s hilariously called Floradix).  It doesn’t taste like crap, and it doesn’t cause constipation (score), so I chug it like a good girl.  And I keep saying no thank you to Troy when he asks if I want some pennies to suck on.

Head’s up low iron levels.  It is now my job to defeat your weak ass.

Jack came down with a stomach bug on Friday morning, and we woke up at 1 am and didn’t go back to sleep again until Friday night.  Jack has only ever thrown up once in a his life when he was 15 months old, so 10+ times in just a few hours was a bit of a shock to his little system.  I went to work because Troy was off, but all three of us were miserable.  He slept 13 hours Friday night, woke up perky, but crashed pretty hard Saturday night.  Hoping he is back to 100% later today.

One of the crappy things about the illness was it totally highjacked my solo night.  Months ago, I signed my sister up to watch Jack overnight yesterday.  Troy was working, Jack would be gone, and I could deep clean the house in peace ahead of Thanksgiving.  Given that Jack did little more than lay on the couch watching TV so my level of involvement was minimal.  I still got a lot done, but man I was looking forward to scrubbing baseboards by myself.

That make me sounds awesome.  I get that.

I still have a crap ton to do this weekend, so let’s get to the meal plan so I can go back to cleaning.

I haven’t done any grocery shopping yet because I was at home all day with a sick kid. I’ll head out later today and I’m not going to lie to you, I’ll probably be spending a lot.  A lot.