Just so you know, this is the best way to write a blog post.  Cozy wool socks (Costco!  Made in the USA!), comfy couch, movie, handsome husband who is willing to give foot rubs. 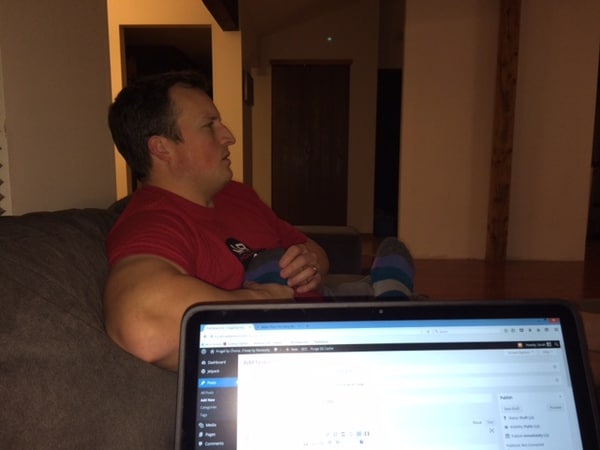 My feet have been sore for a few days, thanks to a marathon solo canning session.  Well, it wasn’t totally solo.  I had these amazing helpers: 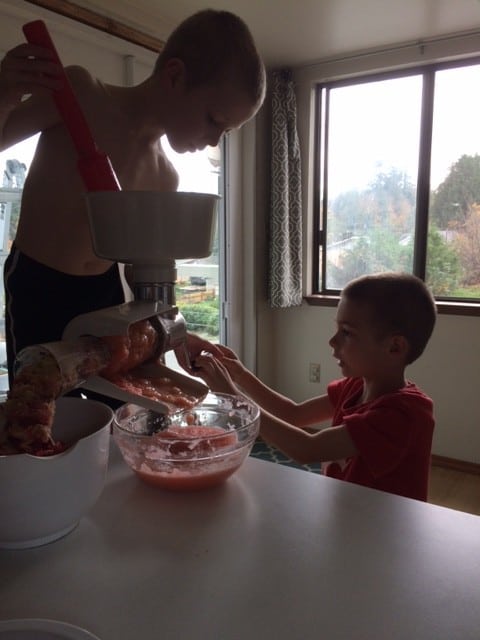 My nephew informed me “I need music to do this kind of work Aunt Sarah”.  The boys had fun doing it, but I think it added a good hour to the overall process.

I bought 60 pounds of burgundy apples from a local farm, and it made the prettiest pink applesauce I have ever seen.  It is also delicious, and may be the sweetest sauce we have made in over six years of canning. 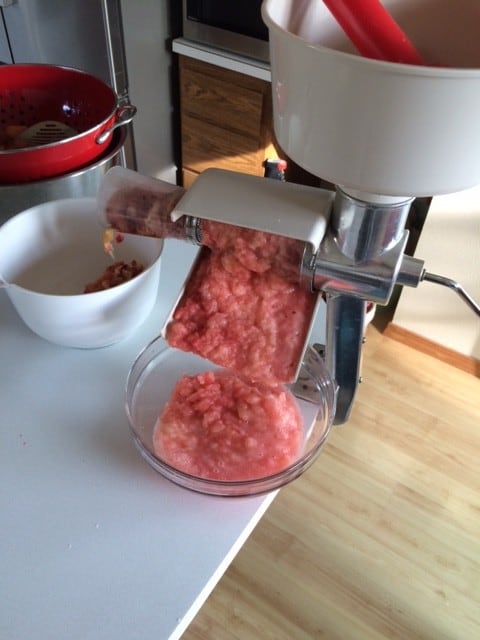 The sauce contraption is this food mill.

This was a week of pretty awesome news!  I came home from work and we had all new doors upstairs! When we moved in to this house, we realized that the previous tenants had kindly punched or kicked exactly one hole in each interior door.  So nice.  If the holes weren’t bad enough, the doors were a faux oak that were just total light sucks in each and every room.

This is what our hallway looked like when they added on to the house; creepy, nasty carpet, and crappy doors. 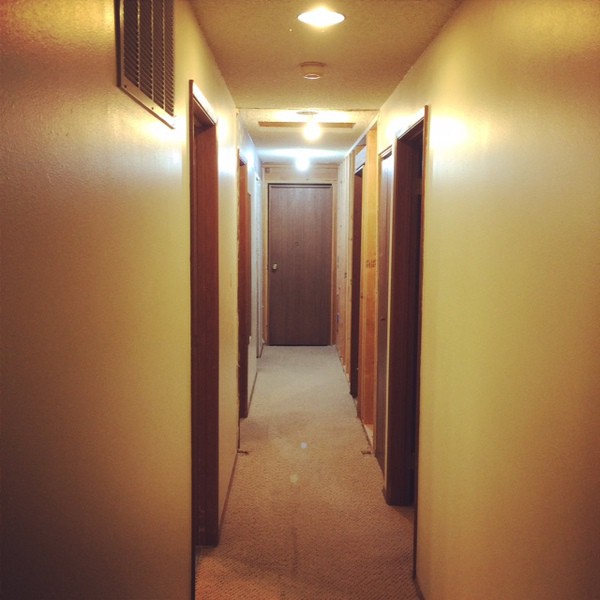 And the same hallway now.  Ah, such a difference!  The photo below and above were taken at the same time of day, with the same phone.  Amazing what some modern lighting and whiter paint can do. 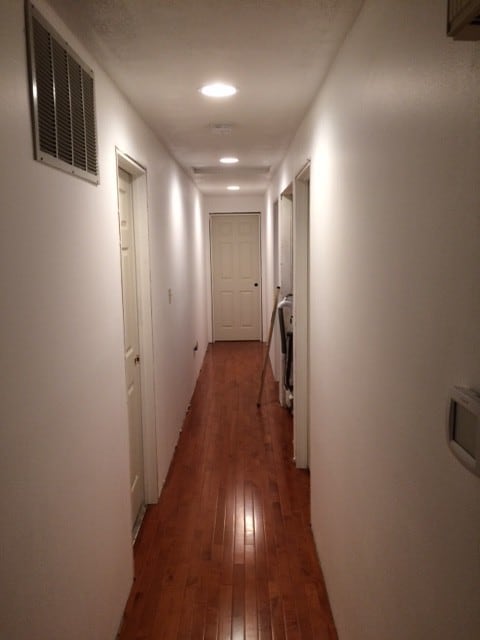 The level propped up against the wall isn’t always stored there. Just for special occasions.

Troy and my father-in-law hung all the doors, and they will be painted a bright white in the future.  They’re only primed now, but honestly just having them hung is such a huge difference.  And we finally have a door to our closet which leads in to our master bath.  No more trying to go to the bathroom and have to listen for footsteps.  I feel like we have an entire new home.  I feel incredibly blessed.

The other amazing news we had this week was Jack’s fall conference at school.  I cannot even begin to tell you difference between this year and last year.  Night and day, and just a breath of fresh air for everyone involved.  His teacher actually said “I don’t know why he got in to so much trouble in kindergarten, because he’s such a good kid”.  I just about fell over dead at that point, and when I recovered, I gave her an “I love you look”.  We got copies of some of his school work that hasn’t been sent home before, as well as print outs of testing they have done in-class.  Jack is reading at level 3.7, which means the seventh month of third grade, and is at the 98th percentile for all first graders nationally.  She said that she is having his fifth grade buddy bring his spelling words in to test Jack.  All well and good and we’re very proud of him, but we are so very happy about the fact that his teacher is doing something above and beyond and finding him challenging work.  I felt like last year it was pulling teeth to try to get him work that was appropriate for him.

We were so proud of his behavior report from the conference, and to hear that he was being a good first grade citizen.  We had dinner prepped and ready to go after the conference, but when we got home (he had stayed with my parents) and promptly told him we would take him out to whatever restaurant he wanted to go to, and then for a giant dessert of his choosing. 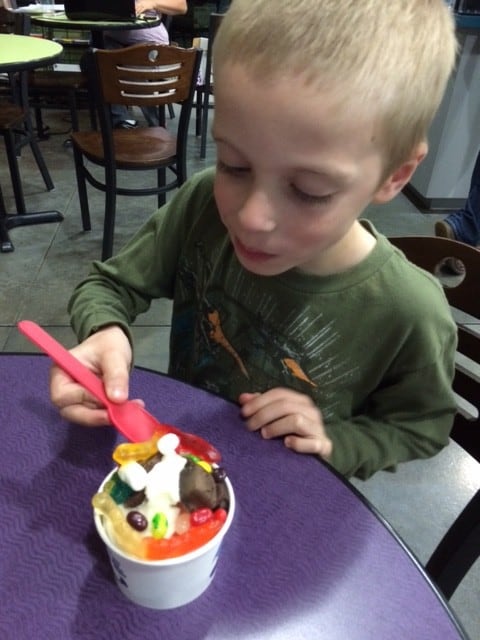 I brushed the hell out of his teeth that night.

All in all, a great week and I’m feeling content and full.

Monday:: Freezer soup roulette (we have lots of unmarked mason jars of soup in the freezer), and buttermilk biscuits.

Tuesday:: Big ole pot roast in the crockpot, with loads of carrots and potatoes, served with a side salad.

Friday:: Jack is spending the night with my in-laws, because Troy and I are having a date night (I think it’s our first since February) of dinner and seeing the new James Bond.  Can’t wait!

Saturday:: Baked potato soup, and a side veggie (I’ll buy it next weekend, so who knows what looks delicious and fresh at the time).

This week I spent $3.50 on milk from the farm (used entirely to feed my morning hot chocolate habit), $43 at a local apple farm for 14 lbs of honey crisp apples and 60 pounds of saucing apples, $45 at the grocery store, a whopping $27.15 at the butcher for that huge pot roast (but it will make two dinners, plus four lunches), and a few things at Costco that we will get later today after swim lessons.