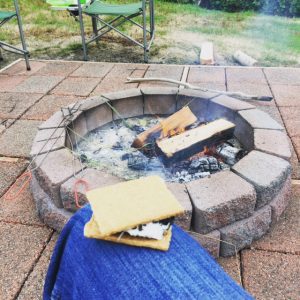 The hardest lesson in life is to learn that actions have consequences.  Assuming you get multiple chances every time you make a mistake, it never sinks in that when someone in authority says “no”, they mean it. Jack learned that lesson the hard way yesterday.  He’s been defiant and acting out lately, and I’m at the end of my rope.

We were helping my sister and brother-in-law move yesterday in to her beautiful new house that they have been working on for well over a year.  This house represents their blood, sweat, and tears and they have poured their lives in to it.  I caught Jack throwing a balloon at a ceiling fan and asked him to stop.  It was likely harmless and nothing bad would have happened, but if something had, I would have been so sad that their new house was all banged up.  Especially after I scraped their floor trying to move a couch.  🙁

Ten minutes later, I hear Troy telling him to stop throwing the balloon at the ceiling fan.  I went out and told him if we needed to talk to him about his attitude one more time, he was losing fireworks for the fourth.  He said he understood, and yet not two hours later, I caught him throwing the damn balloon at the damn fan.

My face went white-hot, and there was a rush of the ocean in my ears as I proceeded to ruin his life forever by following through on my threat. There were tears (his), and explanations of what was going on (me). Last night in bed, the tears returned and he asked if there was any way to “owe me” to make up for it.  I let him know that, no, that ship had sailed.  His behavior had consequences and if I kept giving in and letting him make up for his choices, he would never learn that we were serious when we said no.  Troy and I each shared instances in our childhood where we had to learn that lesson the hard way, and I even told him in about 20 years he might be explaining it to his own child.  I’d rather he lose fireworks for a year, than ask the judge for one more chance after he was caught stealing copper wire to buy meth for the fourth time. Yeah, yeah, that’s a leap, but what I’m saying is, I’m sad that he lost fireworks, but I really feel zero guilt about making sure he learns a life lesson. 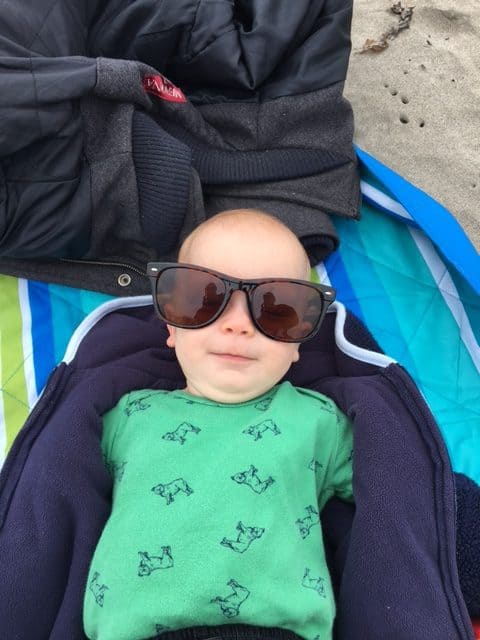 It’s been a tough life being a chicken on our micro farm this week!  Last summer (fall?) we got a gorgeous chicken from Troy’s cousin.  Her other chickens were picking on Big Dot, and her life was in danger.  Troy built her a mini condo in the coop so she could be seen by our flock, but not touched.  We kept her separated for about two weeks, and then put Dot up on the roost in the middle of the night. In the morning, there was some squawking and some pecking, and she was bullied a bit for a few days.  Within a week, she was roosting with the others (generally a sign of acceptance), and she was happy to sun herself in the yard and scratch with the group.

Then about two months ago, the others started picking on her all over again.  She is the sweetest chicken I have ever met, but I secretly wonder if she is a psycho shit talker behind our backs.  With two flocks trying to take her down, maybe she is not the sweet little fluffy butt we are led to believe.  Who knows.  I don’t speak chicken. 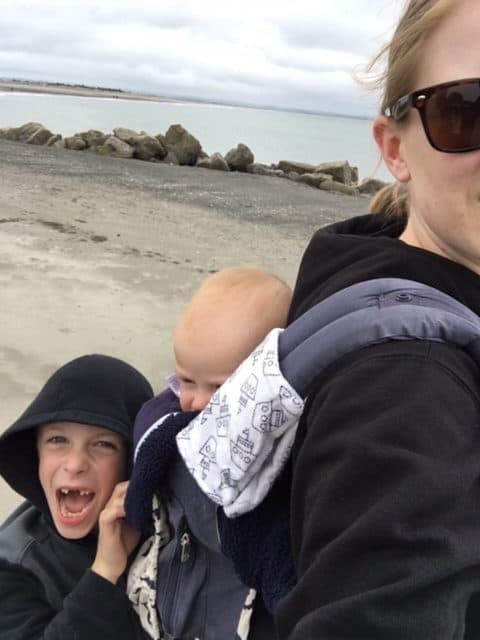 Since she was getting picked on, we had her separated.  Troy built her a (another) nice little condo in the coop where she could see everything and had her own water and food.  She was miserable.  She kept getting out, and then would get attacked again. We kept thinking after a week or so, she could get be reintroduced, but any time she escaped, they ganged up on her again.  It was pretty evident that she would be killed if she stayed.

Last week at the farmer’s market, I met with a family who sells eggs and asked them if they wanted another chicken.  I explained we had a super sweet chicken at home who wasn’t going to last if she stayed with us.  The mom said they would be happy to take her, and the nine-year old daughter clapped her hands and was jumping up and down.  Apparently the girl had a “house chicken” who passed away, and she wanted a new pet to snuggle and love. I knew I had found Dot’s new home.

We took her to the farm last Friday, and the little girl was waiting for our car.  She was skipping and gleeful and so happy to meet Dot.  Dot took to her right away, and explored the yard filled with bugs and weeds, and just looked thrilled to be free.  It was sad to say goodbye, but so much easier because we knew she found her forever home. 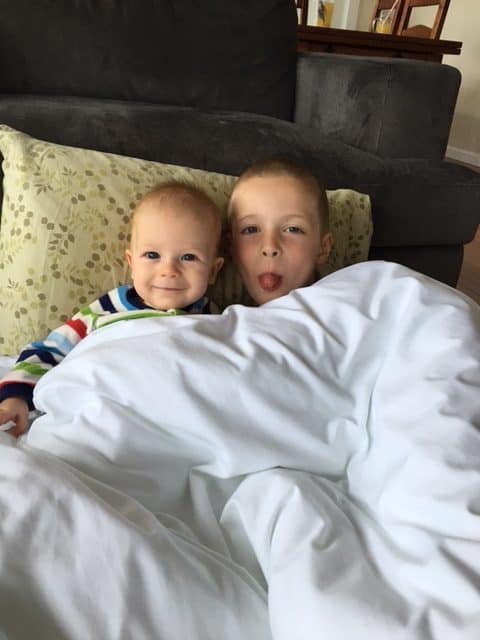 In addition to that chicken drama, I have three freaking broody hens.  Broody hens are chickens that have a sudden desire to hatch the eggs they lay.  They get it in their mind that the eggs will turn in to chicks if they just sit on them long enough.  And because they do this, they don’t lay new eggs.  And they hog the stupid nesting boxes.  Despite the fact that we have four nesting boxes, all (now) eight chickens use the same freaking one!  And because the broody ones are hogging the one laying box, the others either choose not to lay, or lay in another part of the yard.  Then, one laid under a bush, accidentally broke the egg, and discovered that eggs are DELICIOUS.  So not only do I have a few chickens who refuse to lay, the ones who do still have have decided to eat their unfertilized young.

I’ve dealt with broody hens before, and it takes a lot of work and creativity to “break” a them.  At first, I lift the chickens off the eggs and move them to the yard.  I do this over and over and OVER for a few days to see if she will get it out of her system.  If not, I lock the door to the coop, put the water and food in the yard, and try to wait them out.  They have to spend all day outside, away from the eggs.  That rarely works, and has the side effect of keeping the actual laying chickens away from the nesting boxes.

When those two tactics have failed, I fall back on my tried and true method.  I open the egg door and spray them with the hose.  Over, and over, and over again throughout the day. Just a squirt. For a few days.  Until they realize that sitting there has negative consequences.

Looks like Jack and my chickens have something in common. 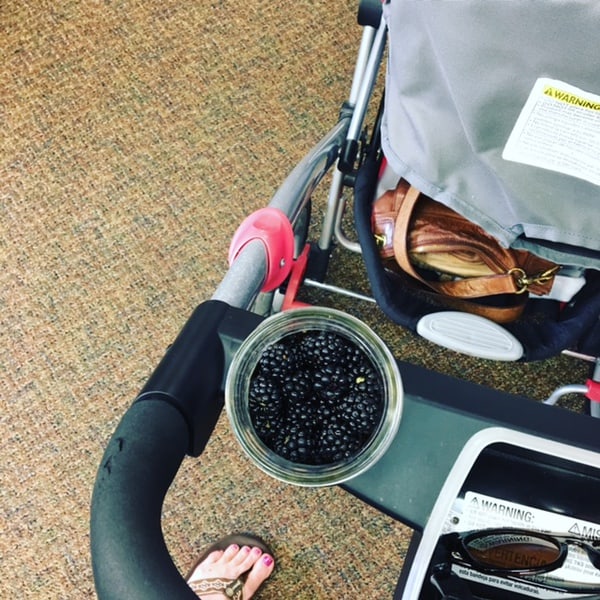 Monday:: Fourth of July BBQ at my in-laws.

Tuesday:: BLTAs (tomatoes are back at the farmer’s market!), and green beans.

Friday:: Popcorn dinner and movie night (if Jack can keep it)