I was driving home from the farmer’s market yesterday, and decided to stop at an estate sale.  It was at this tiny nondescript little ranch house that no one would think twice about.  Half of the items were inside the home, and as I walked in, I was shocked to find a freaking pool in the living room.  Well in a glassed in room adjacent to the living room.  The place was so small, I swear the pool was about 75% of the house. Made me wonder what secrets other houses are hiding…

I’ve been on a mission to find a little crock. Why? I am the world’s worst composter.  I had a nice compost pail under my sink for years, and at least once a month I had to take it outside and hose it out because I had forgotten about it and everything was a nasty soup.  Lately, I’ve been putting compost items in a small bowl on the stove and dumping it once per day. It’s worked much better, but with summer coming, I need a lid to fight off the inevitable fruit fly invasion. FYI: that is the worst range ever made.  I hate this oven so hard.  But I was too cheap to pay the 15% restocking fee to send it back. 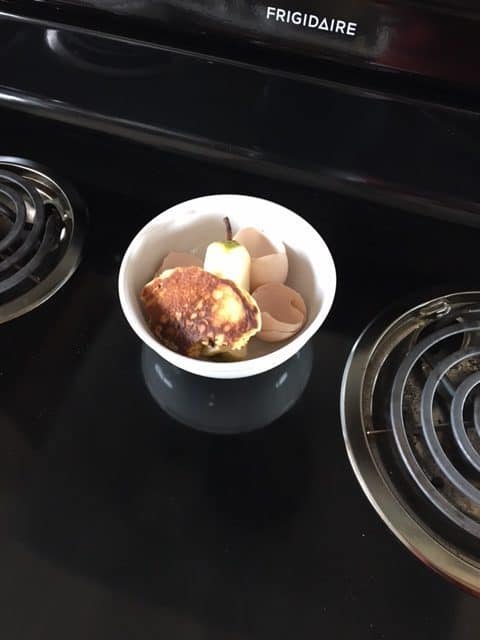 I found this ugly lidded bowl crock thing at the garage sale for $1. 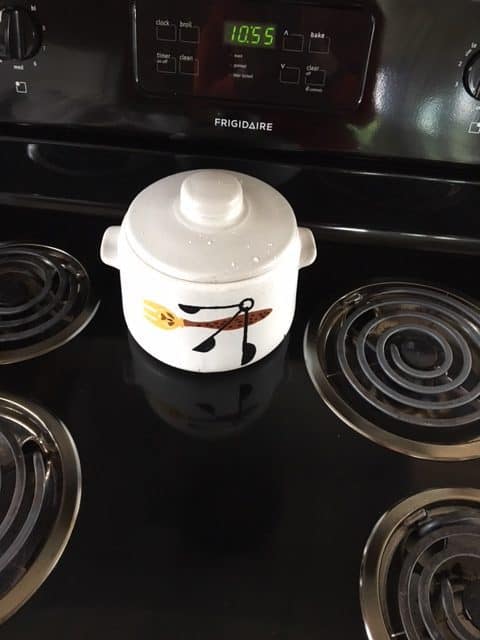 It’s super ugly. I could surf Pinterest for hours to find a way to fancy this up.  But, I applied a different tactic, and in .4 seconds improved the appearance of this 300%. 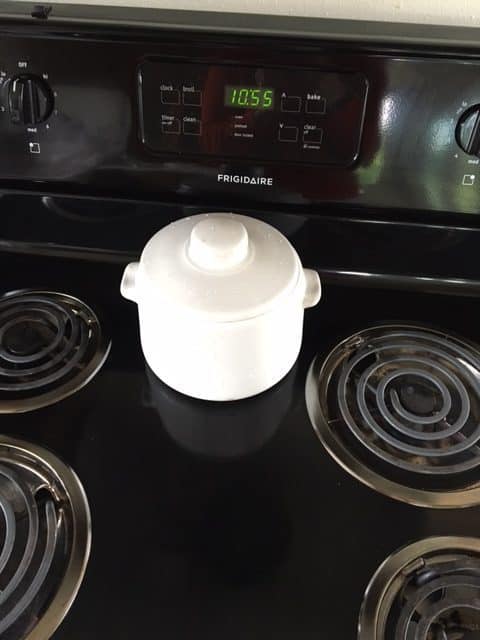 Yep, I turned it around. Boom.  Decorating genius over here.

This week, we installed Bennett’s big kid car seat in to my car. Putting him in the infant car seat was like lowering him in to a vat of piranhas, and it made running errands a real freaking pleasure.  We thought that perhaps the bigger seat would be more comfy, and thus shut him the hell up. We had received the car seats as shower gifts before Bennett was born, and let me tell you the months of research that went into choosing them.  I wanted something safe (obvs), comfortable, and small at the base since I need to fit three seats across (third seat is for my nephew). I read tons of websites, reviews, car seat blogs, etc., and finally decided on the Diono Radian.

As you can imagine, Jack and my nephew were super impressed with the level of research I had done. 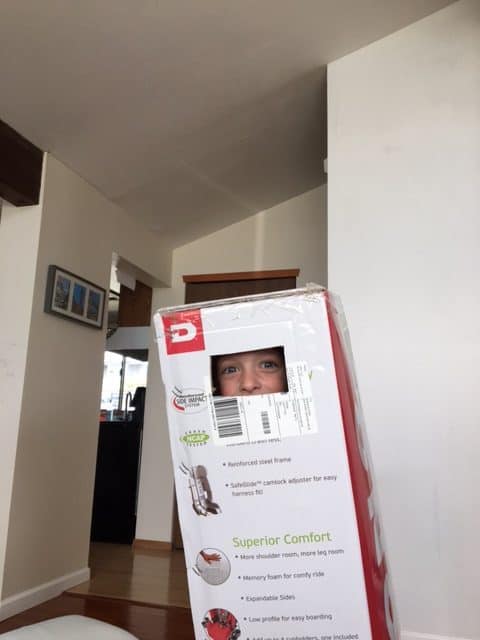 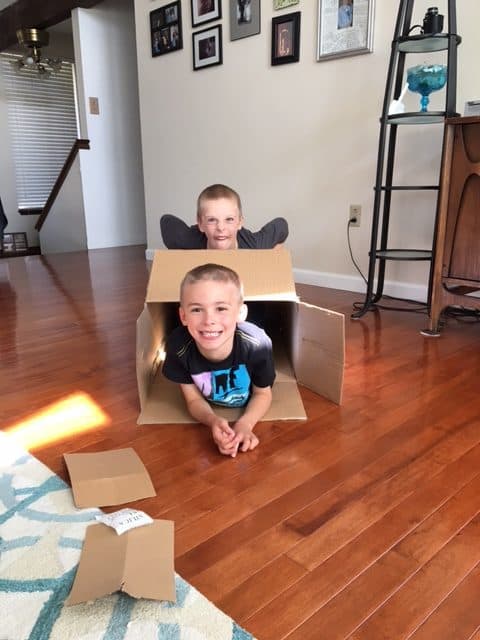 That car seat box is still in my living room and is played with daily.

And Bennett?  Digs his new ride. 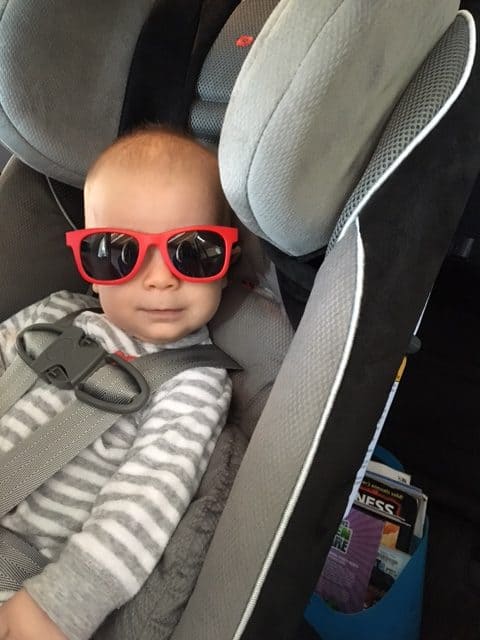 We returned from our trip on Monday night and were exhausted.  I have lots to talk about, but it’s better saved for its own post.  Troy didn’t have to go back to work until a bit later in the week, so he was able to install my Mother’s Day present. 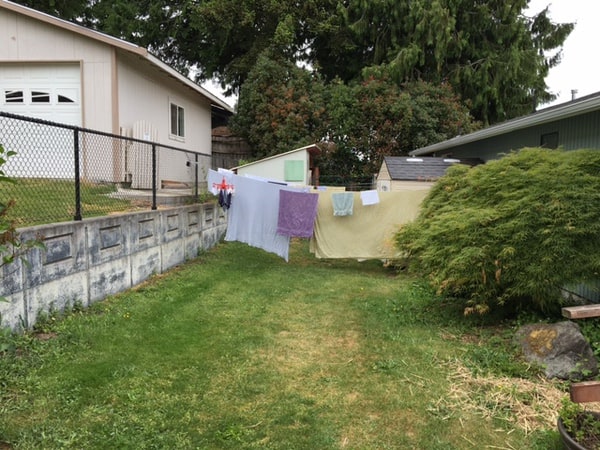 That’s right, I bought myself a clothesline. We have lovely drying racks for inside during icky weather, but I wanted something big enough (TWSS) to dry sheets and more than one load at a time.  This beast has five lines of drying magic! I looooove it.

Yes, I was cool in high school.  Why do you ask?

Tuesday:: BBQ mess. It’s the best way to describe what it actually is.  We slice chicken sausage, zukes (found some at the farmer’s market!), sweet onions, and asparagus and toss it with olive oil and Montreal Steak Seasoning. And homemade garlic bread on the side.  It’s like crack people.  And since we only make it when zucchini is in season, the whole thing tastes like summer to me.

Wednesday:: Sandwiches on croissants (why did no one tell me how amazing the Costco croissants are?  $5.99 for 12? Bitch please, that is a great deal, and we use them for so many things), salad, roasted asparagus, and fries.