Well, my house looks like an easter egg.  A minty one.

Let’s back up a second here and I’ll tell you a story.

One time, my mom called me at work, and the conversation went like this:

Mom: Hi honey.
Me: Hi mom.
Mom: So, grandpa was complaining that he was feeling cold, so we got him an electric blanket.  But then when I gave it to him, he said it was the wrong size, but would go home and would try it out.  Well, turns out it didn’t fit, so he brought it back last Sunday, and then we returned it and got him the right size.
Me: uh huh (banging head with phone receiver).
Mom: So, I was curious to see if he liked the new electric blanket, so I called him just now.  A nice man answered the phone and said “hello, (last name) residence”, and I said “oh sorry, I was trying to call my father-in-law”, and the nice man said “this is his house, we’re here because he called 911”.
Me: MOM.  SHUT UP.  Are you saying there are paramedics at Grandpa’s house right now?
Mom: Well, not anymore.  They took him to the hospital because he was having chest pains.
Me: And you just spent 5 minutes telling me about a stupid electric blanket instead of saying “Sarah, Grandpa probably had a heart attack”???????????

And that folks is how my mom tells a story.  It is also an example of how long it takes her to do ANYTHING.  Nothing is fast, and she never gets to the point quickly.  Kind of like how I just told you a story to prove my point, which is coming up.

My mom once took six months to pick out a new winter jacket that she has worn about eight times.

So, when the contractors told us on TUESDAY, that they absolutely had to have a paint color for the outside of the house picked out by WEDNESDAY, I knew we were screwed six ways to Sunday.  My mom can’t make a decision quickly.

They painted the whole house on Wednesday, and started the trim on Thursday.  The color is waaaaay brighter and greener than expected, and I think we’re all trying to decide how we feel about it. My neighbor told me she loved it, but honestly, I don’t really mesh with her style, so there’s that.

Here it is with the black trim (which I kind of wish we had kept, even though I hated it with the other color): 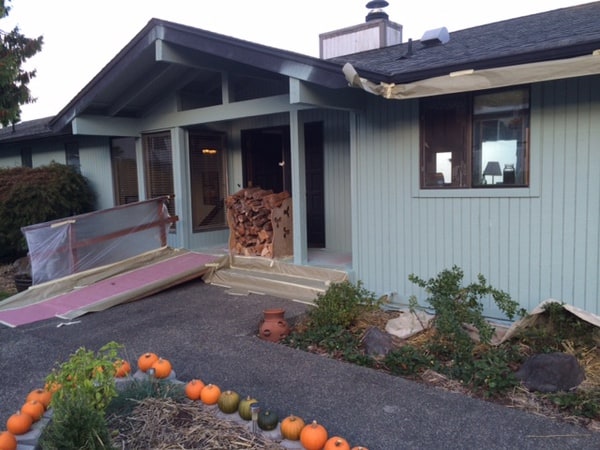 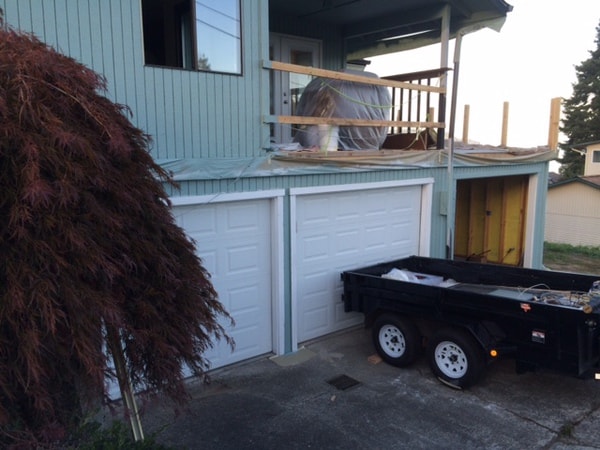 Hopefully it will grow on all of us.  I’m fairly certain I saw Troy shudder the other day when he looked at it.

Jack had been doing so well at school for the last few weeks, and apparently saved up all his naughtiness for Wednesday.  I got a call from his teacher (never a good sign), and after a looooong talk with Jack and Troy that night, and the gauntlet laid down (no TV for a week, no dessert for a week, and no movie night this week), I made him write a letter to his teacher.  His “r’s” and “n’s” look a like, so I had to laugh when I read about what kind of behavior he was apologizing for.  You see it?  You see it!! 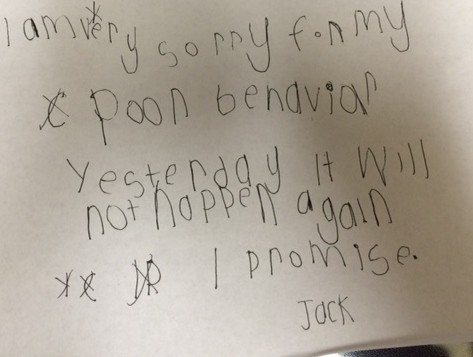 Jack and I are spending the weekend with my momma, while my dad goes fishing in Eastern Washington.  It’s going to be a par-tah house!

My normal meal prep time ain’t happening, so I’m trying to make things nice and easy this week.  Ready?  Let’s do this!

Sunday:: Family dinner at my parent’s

I haven’t gone grocery shopping yet, but will tomorrow, so I have no idea how much I’m going to spend.  I don’t need much though: salad, fruit, maybe some more bacon, onions, and provolone.