Have we, as a society, officially given up on pants? I feel like we have.

Now, I enjoy leggings as much as the next person, but I wear them under dresses/skirts. Yes, they are exceptionally comfortable, but do we really need to be wearing them daily with shorter shirts? From time to time, yes, totally great. But, every.single.day? I don’t need to see both your hair dos, m’kay?

Anyone else see this in the Target ad last week? Anyone else do a double take and think Target was now selling a product called Nipple? 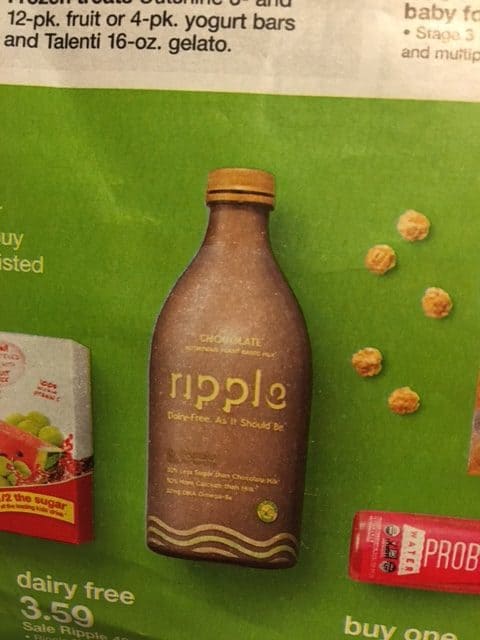 I have spent this week trying to figure out how in the hell I am going to find enough time to do all my canning this fall. My freezer is full of strawberries, blackberries, and tomatoes, and I haven’t even started on the exceptional amount of applesauce I’ll need to put up this season to keep this family through until next fall. All lovely, wonderful problems to have, yes? I didn’t start canning in earnest until Jack was two/three, so I could easily do it while he was sleeping, or watching a movie or something. Bennett on the other hand, is not as cooperative with my time these days. Part of me has always thought that if you’re going to be making the mess to can, you might as well do it all at once and get it over with. Thus, I would spend hours making jam, or canning 40 pounds of apples, just so I wouldn’t have to do more the next day. Obviously I’m going to have to be ok with smaller batches this year, and likely next. But the idea of having to clean all that crap multiple times is making me twitch. I have a great food mill, and it rocks, but it is a giant pain in the ass to clean. They make smaller food mills that are a lot simpler, but I have never found them as effective. If only there were a happy medium.

Anyone watch any of the new fall shows? I rarely watch TV anymore, which makes me sad because I love TV. We checked out Designatored Survivor, and while I’ll give it another few episodes, I’m not sure if it is for me. I loved Kiefer Sutherland in 24, and part of me was hoping this would be something like that. I think I’ll just stick to Southland and Homeland on Hulu, and The Americans on Amazon. Staying caught up on just those will likely take me about a year.

We seem to be in a food rut in our house. I’m not sure if it is related to the season, my inertia, or lack of caring, but I would be pleased if someone just cooked dinner for our family, even for just a few weeks. Please?

Annoying amount of selfies ahead. You know selfies make me cringe, but it’s happening, cause I got mah hair did, and I freaking love it.

Obligatory dramatically sad before shot. Stringy, flat, and blah hair that I can’t do a thing with. 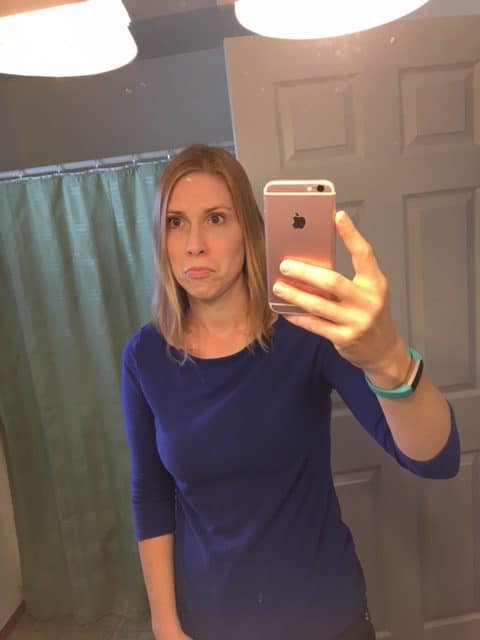 I took in a picture of Julie Bowen, aka Claire from Modern Family, aka the TV character based on me. I’ve been with my hairstylist for almost six years now, and she’ll be honest with me. During my last cut with my baby fine, gross, long hair, she threw up her hands and said “I’m not sure what you expect me to do with this”. I showed her Julie’s photo, and said “you know I don’t like being a chick with my hair. Can I do this in 10 minutes, including a blow dry”? She indicated she had (possibly misguided) faith in me, and promptly cut off almost five inches of hair! Most of the time my hair is only five inches total! 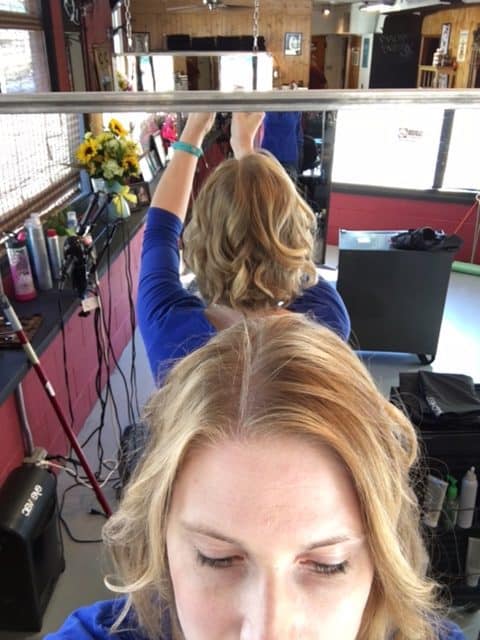 Weird car photo (why do we do that people?) of the front I sent my friends from the parking lot: 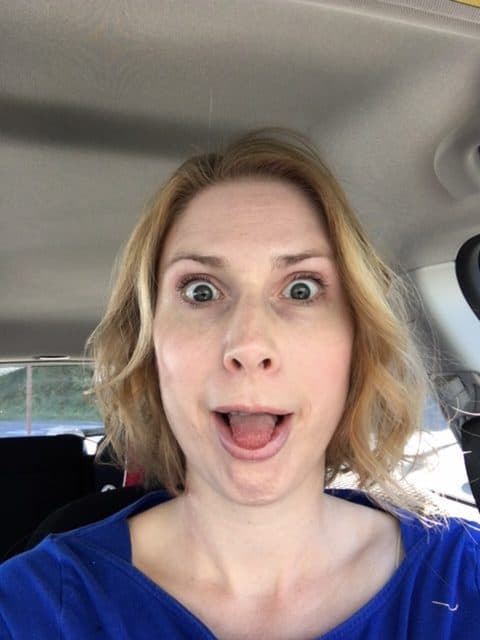 And my personal attempt the next morning, sent to Anne who was in Greece with the caption “I tried my best. Also? Selfies are awkward”. Truth. 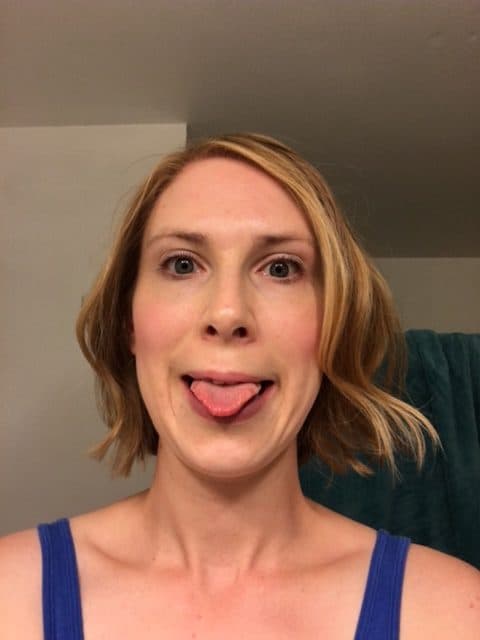 I super pink puffy heart the new do. If I don’t feel like curling it, it’s pretty darn cute as a bob without even using a round brush or straight iron. I wish I had hacked off that crap months ago. #shorthairdontcare 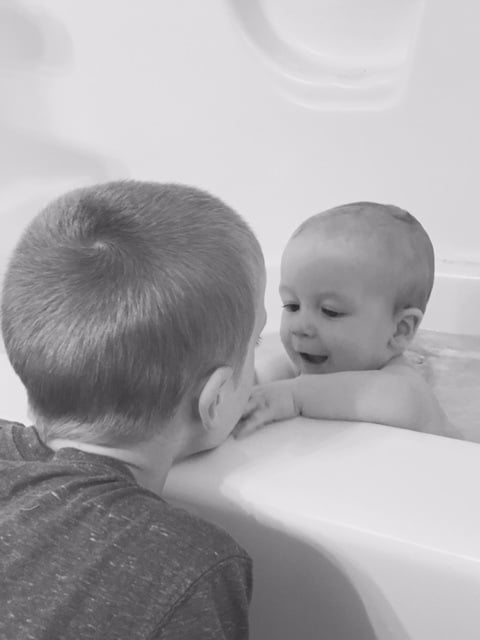 Friday night, Troy went to the movies with his parents and sister. He stopped by Safeway and found this:

While folding laundry that night, I came across a reboot of MacGwyver on CBS. New York Seltzer and Mac on TV? I think we found a vortex and Friday was officially my childhood. Had I been wearing stirrup pants, I would be 100% convinced we had a time warp. 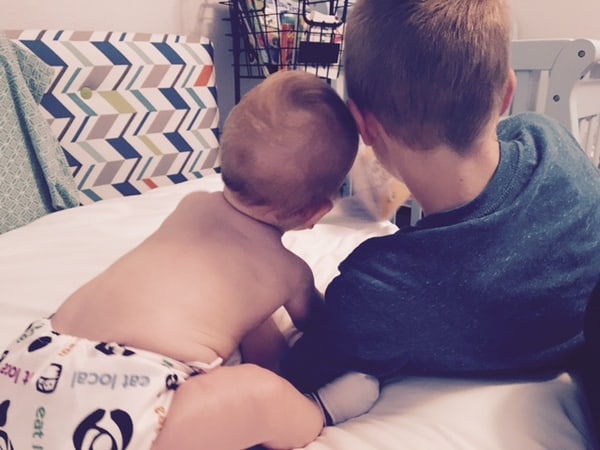 Meal plan time! Back to work again a few days this week, so aiming for some fast dinners.

Friday:: School event. I’m assuming there will be pizza. If not, we’ll play everyone’s favorite game “what can we scavenge from the console in my car”.