9% of the time, you shouldn’t start a sentence with a number that isn’t spelled out.

Also, 99% of the time, you should never buy a new car.  Financially it is generally pretty dumb, and you can lose a boatload the second you drive off the lot.

So, last week, I bought a new car.  Because I’m a hypocrite.

Remember in 2012 when I sold my 2002 Subaru Outback that was always breaking down on me, and got a 2007 Civic Hybrid?  Well, I had said at that time, I would keep the Civic until it didn’t make sense for our family anymore. The Civic was a great little car.  It got good gas mileage, it was safe, and never caused me any problems.  It had a few downsides: it was small (the hybrid trunks are really small compared to normal Civics), and Troy was uncomfortable getting in and out of it because it was so low.  And he’s old.

I always knew I wanted to go back to the Outback, even though the one I had was a lemon, which I blame on the previous owner and his crappy maintenance.  It’s funny to think that even though I didn’t like that car, I loved the Subaru brand.  It’s so hard to explain, but I always felt safe in my old Outback.  It was a tank, and could eat snow and ice for lunch.  And it had so much room!  Subaru’s catchphrase is “Love, it whats make Subaru a Subaru” and I totally get it.

Last summer, thinking I’d “be pregnant any day now and needing a bigger car”, we started looking around.  I thought that I would look at the Outback body style from 2010-2012, because that was about in my price range.  Outbacks hold their value so well, that even a used one is generally just a few thousand cheaper than a new one.  In fact, Subaru and Lexus hold their values better than any other car brand.

Anyhoo, I was looking at a used Outback and noticed that the 2015 would be a whole new body style with lots of bells and whistles standard, and here was the kicker…up to 33 MPG.  A giant, safe, AWD, comfy ride that would get that kind of gas mileage?  Tell me more.

Subaru dealers in Seattle are like Whole Foods stores in Los Angeles; EVERYWHERE.  You can’t drive more than 15 minutes around here without seeing a Subaru dealer in this neck of the woods.  I checked out lots of the dealers in our area (Renton Puyallup, Shoreline, Tacoma, and even one I drive by daily), and finally narrowed in on Peninsula Subaru outside of Seattle, in Bremerton.  When you can find a Subaru dealer anywhere, what made me settle on this location when it was out-of-the-way for me?  Simple answer was their service.  Their online team was so prompt, helpful, and answered all my questions fully.  I connected with DJ Dougherty from their sales staff, and went and took a test drive last August.

And of course, it was instant love.

One of the things I loved during the test drive was that DJ talked to me and didn’t try to talk down to me like a chick.  I had researched that car inside and out, and I knew my stuff and he talked to me as an equal.  We were talking PZEV and CVT and when we got home I said to Troy “you didn’t know what any of that stuff meant, do you” and he said “nope”.

After the test drive, DJ and I went in to his office to talk turkey.  I told him my budget and he said that the 2015 was out not conducive to meeting that budget. I was bummed, said thanks so much, and walked out.  Then he told me about an option where they sell their loaner cars after four months of use (depreciation) at a price point that WAS in my budget, and did that interest me.

And also, I could pick the exterior and interior color if I wanted to do that.  And would that interest me.

So, we shook hands, he ordered the car, and I waited.  And waited.  AND WAITED nine long months until the loaner depreciated to the price I could afford.

In that time, I  paid off my Honda, and found a buyer for it.  It was perfect, so seamless and it seemed to take FOREVER.  How long? F-O-R-E-V-E-R.  You’re killing me Smalls!

The day of the big purchase came, and DJ had some bad news for me.  The guy who had been borrowing the car as a long-term loaner, refused to bring it back.  Who’d a what?  You can do that?????  Well, since I had already sold my car, and my new one wasn’t there yet, they gave me a 2015 Forester to drive for a few days until they got my loaner back.

Early the next week, DJ called me telling me the dude was straight up refusing to bring that loaner back.  And they were going to have to go in to some legal stuff to get it back.  I was crushed.  That jerk had my car!!!  I was in the car driving home when he called, so I was focused on the road, but I assume my face looked something like this: 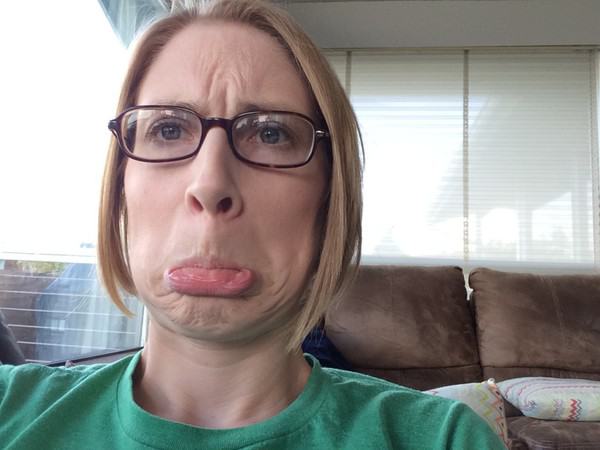 Then DJ said “so, I hope you don’t mind, but I’ve taken the liberty of contacting a dealer in Pasco (for non-Washington people, Pasco is a city about four hours away) who has the exact same car that you want, and I’m sending a driver over tomorrow to get it for you.  Same car, but it hasn’t been used as a loaner so it’s brand new and we’ll give it to you for the same price”.

And then I’m pretty sure my face looked like this: 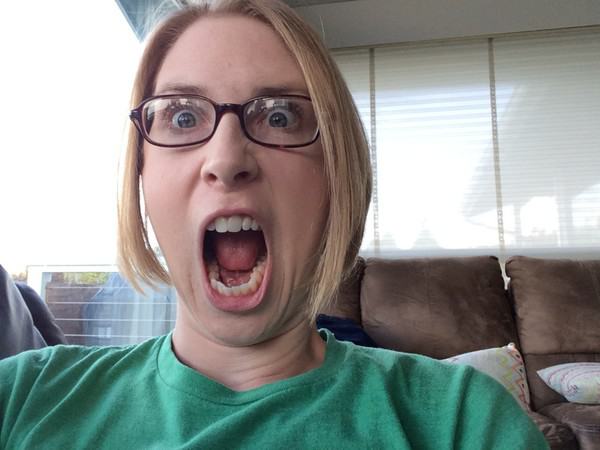 I’m not sure where you are from, but where I am from that is called amazing, crazy, insane customer service!  I’m not embarrassed to admit that I probably pooped my pants a little bit during that phone call.

I’ve had it for over a week, and it’s amazing.  This car and I were meant to be besties.  We’re in love.  It’s everything I want and more.  A new car needs 1,000-2,000 miles on it before it is broken in and getting optimal mileage, but I’m already getting pretty awesome MPG – upwards of 30 mpg.  For a big ole car! 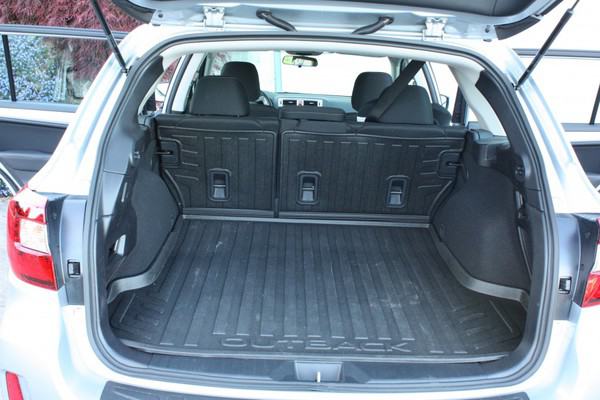 The dashboard/entertainment center is easy to use and touchscreen. 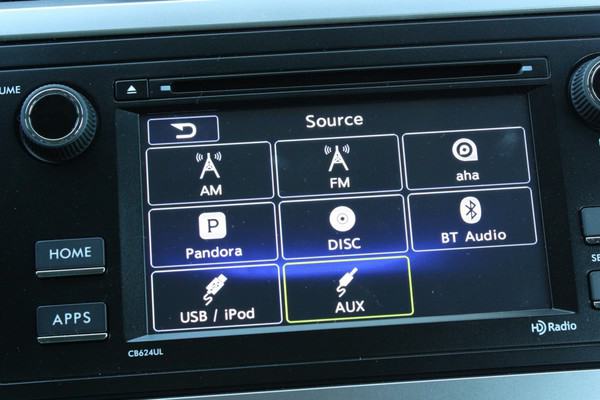 Bluetooth (I still answer my phone saying “I’m talking to you from my spaceship”) and the back up camera are standard. 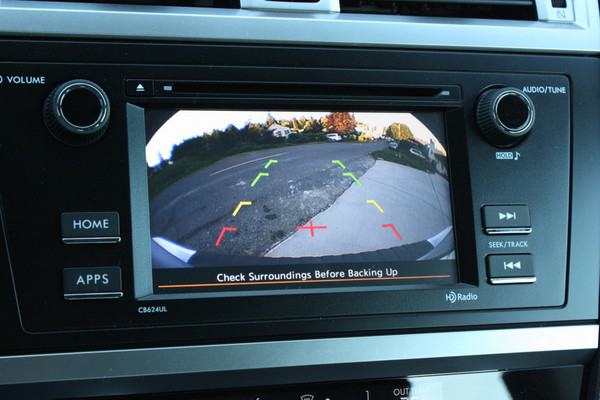 Cupholders as far as the eye can see. 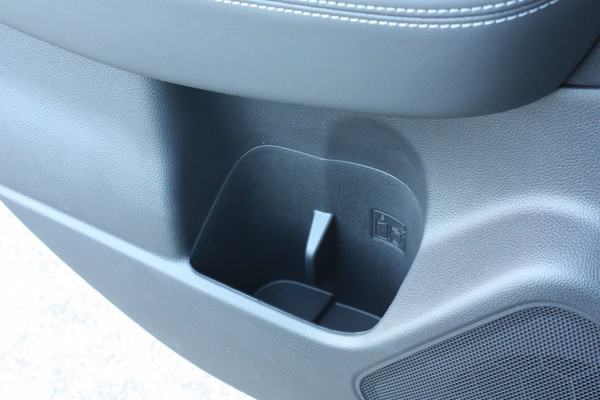 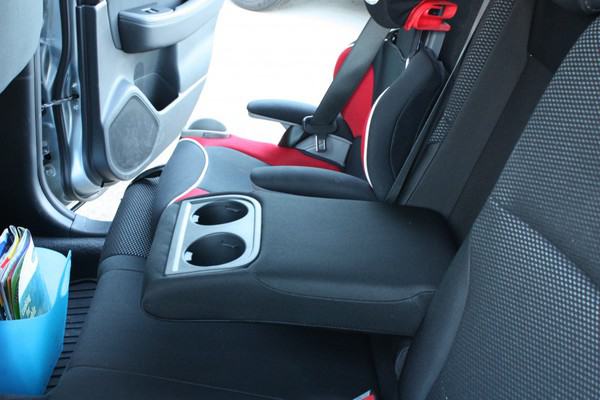 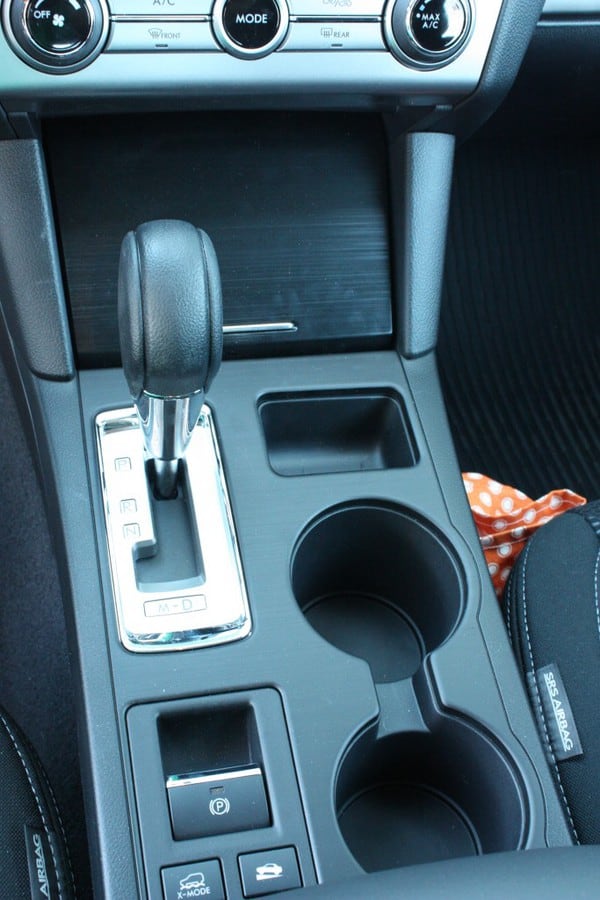 Loads of room in the backseat.  Keep in mind, I’m 6 foot, and the front seat is pretty far back to accommodate me, and I still have loads of legroom sitting behind the driver seat. 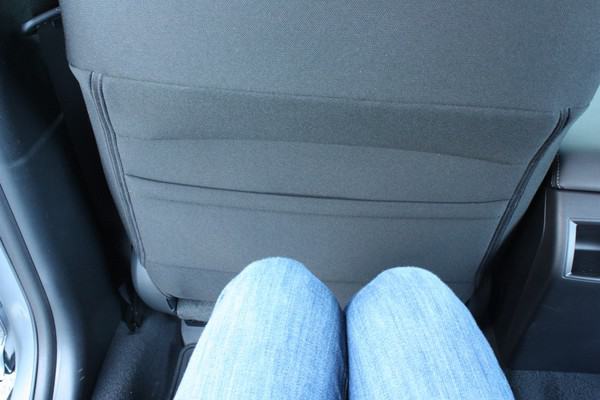 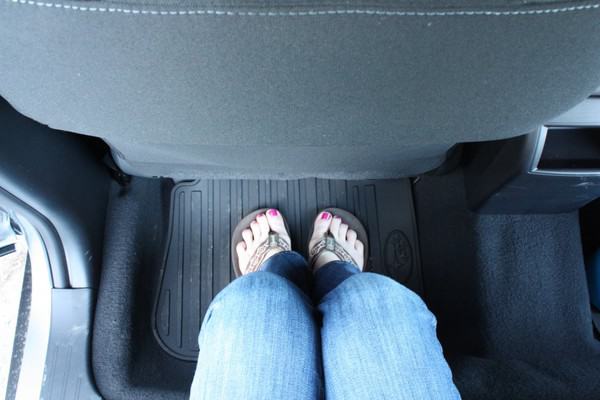 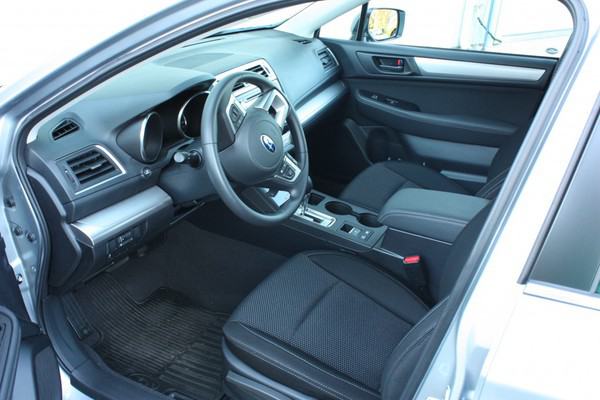 One of the things I loved about my hybrid was it had a gauge that instantly gave you feedback on the efficiency of your driving.  The Outback has it too! 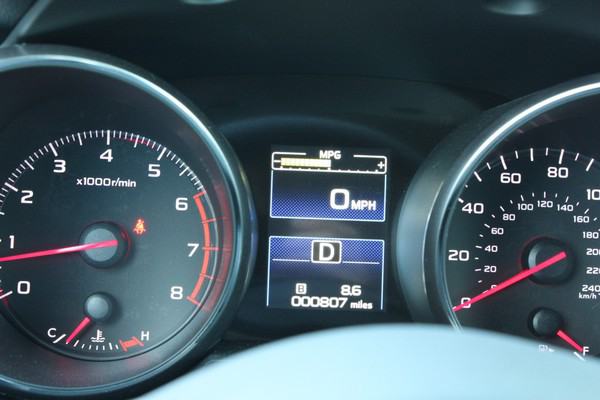 In a nutshell, I freaking love this car and am so happy it is mine.  Jack named the Civic “Honda Solo”, so when it came time to name this one, he thought long and hard and decided on “Subbacca”.

Want your own Subaru?  Want killer customer service?  I can’t recommend Peninsula Subaru and DJ Dougherty highly enough!  Oh, and when you buy from Peninsula, you get free oil changes for life.  FOR LIFE people.

You know my rules about taking freebies and disclosure and all that good stuff.  Back before the whole loaner snafu thing happened, DJ and his manager agreed to give me a small discount (less than the cost of a monthly payment) for a blog post. When they went above and beyond with the getting me a new car, I tried to give them the discount back.  No dice.  However, I would still jump over backwards and try to do something cheerleading related for these guys, so you have my word that they kick so much butt.  I even made DJ some cupcakes when I went in to the get the car. 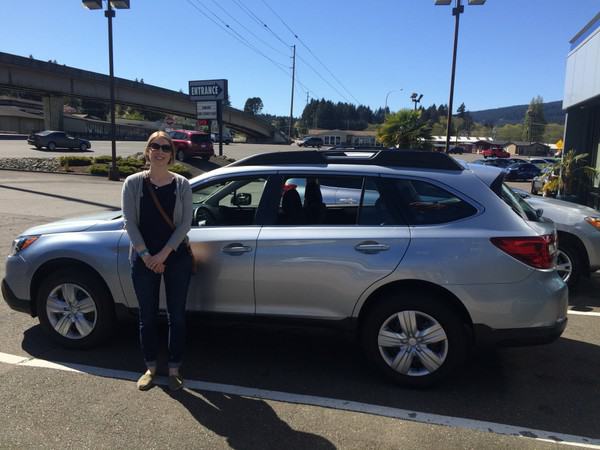 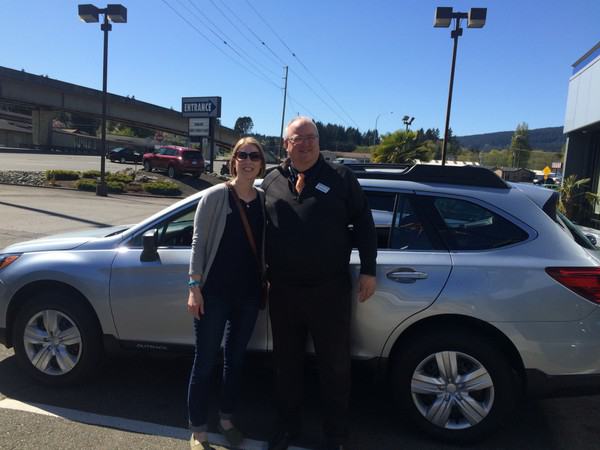 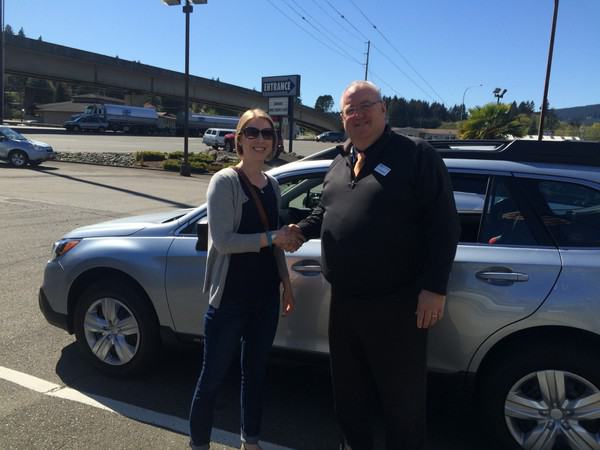