We’ve known the spawn is a boy since the end of the first trimester.

I was so thankful that he was healthy, but I’m not going to lie, I mourned the loss of never getting to use my girl’s name.  It was simply the most perfect name, and managed to honor five women in our lives.  Alas.

Thankfully, I’ve had a kick ass boy’s name picked out for years.

Troy picked out Jack, and I was a fan.  Then when I was five months pregnant, he worked on a reality show with an a-hole named Jack, and decided he hated the name.  We went through six weeks of trying to find an alternative, but thankfully he eventually chilled out and realized that one person shouldn’t have the power to ruin a name we both loved.

We don’t have specific naming criteria, but prefer something that is easy to spell (and not spelled in a trendy way), not insanely popular, but not a name that will make someone say “huh”?  We like a strong name that works for a baby, a child, and an adult.

Knowing that we would sadly never get to directly honor the women in our lives with our girl’s name, I tried to get creative and incorporate elements of their names in this little dude’s name.  It’s the essence of honoring I guess.

Here is what we were working with: 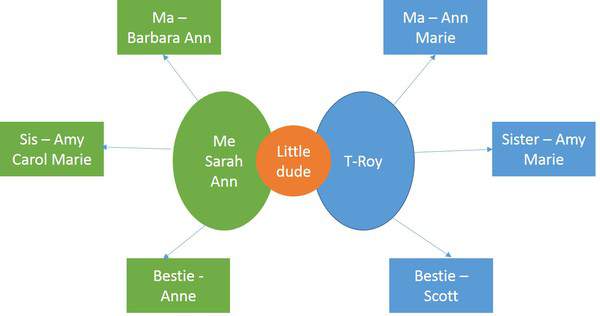 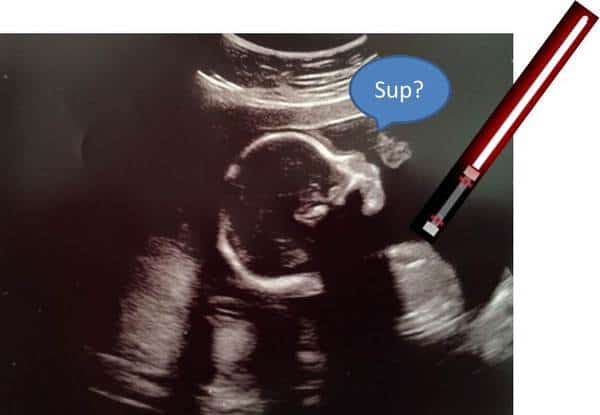 Yes, “technically” that light saber is coming out of his stomach, but if I put it where his hand actually is, it just looked like he was smoking a bong.

For the love of all that is holy, please do not refer to him as Benny.  Benny is the whiny little brat from The Boxcar Children.

The only person we weren’t able to incorporate in to Bennett’s full name is Troy’s sister Amy.  Ugh, we’re douches.  Yes, we both have sisters named “Amy Marie”, though mine rocks two middle names.

Bennett is the name I picked out years ago.  Andrew is like “Annnnnnnnnnndrew”.  Reaching?  Perhaps.  The best we can do?  Certainly.

By incorporating Scott in to the middle name, we included Troy’s bestie (and cousin) and it is also an homage to my sister and her two middle names.  We owe Troy’s sister something big, but I swear we tried.

So, I love the name.  I love that it is simple; no one will mispronounce it.  It isn’t super common, but it’s not weird.  It’s strong, and works for a child at all ages.  The only hold out from Troy was “Bennett is the name of the bad guy from Commando”.  It’s not 1986 anymore honey, let it go.

And my girl name in case you were interested?  Matilda Anne Marie.  Like a dagger to my heart, cause I loved the name so dang much.  Matilda after one of my favorite books as a kid, and Anne Marie wrapped up our mom’s, sister’s, and my bestie’s name all in one fell swoop.  But never fear, there can always be female additions to the family at a later time…

Oh my gosh guys, no, not more kids.

Chickens.  I’m going to name my next chicken Matilda Anne Marie.  Head’s up special ladies in our lives; you’re gonna be poultry.

17 comments on “Meet the Youngling”