Oh my gosh, I had so much fun at this year’s fair!!!  There were workshops, talks, vendors, and some of the loveliest people I’ve had a chance to meet lately.

It was also a horrible time to be on a sugar fast, because Seattle’s own Theo Chocolates was giving out samples.  I almost punched a baby when I had to pass up trying their dark chocolate covered s’more.

I am a bit ADD when it comes to sitting in workshops for long periods of time, but I flitted in and out the following:

I had the sincere pleasure of meeting up with a few readers (and daughter of readers!).  First was Jennifer, who was so sweet and brought me homemade soap (I need to pick that woman’s brain) and gave great hugs. 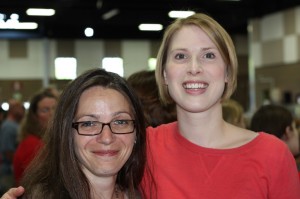 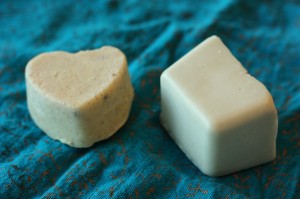 We also got shushed by some grouchy woman because we were giggling too loudly.  Pfft!

Then, I watched Pat Showalter of Kinder Goat Soaps explain how she makes soap from goat’s milk.  As many of you know, making soap was my goal for this year.  A goal that I have yet to do absolutely anything with other than check out a book from the library, and watch this demonstration! 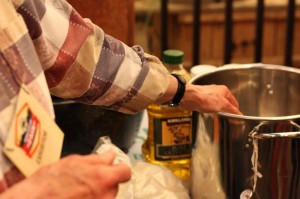 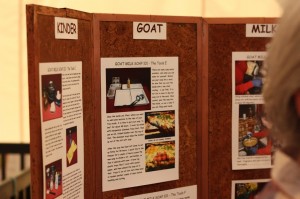 Ford was at the fair offering test drives of their hybrid and electric series.  You had your choice of six vehicles to drive, and I picked the C-Max Hybrid.

This car was AWESOME!  It had plenty of torque (I threw that word in to make my dad think he didn’t fail educating me), too many gadgets for me to play with in just 10 minutes, loads of cargo space, and a roomy backseat.  I’m 6 ft tall, and even with the front passenger seat pretty far back, I was able to sit very comfortably in the backseat without my knees touching the back of the seat in front of me.

It had great handling.  I know because I wasn’t paying attention to when the attendant riding with me told me to turn left, and I had to swerve at the last minute.  The car handled it like a champ.  The attendant…not so much.

The car was also rocking the rear gate thingy that you can waive your foot under and it opens for you.  Sa-weet.  I really wish I had more time to drive it to really give it a solid once-over.

For testing driving the car, they gave you a $10 voucher to use at the bookstore at the fair.  I turned that voucher in exchange for a one year magazine subscription!

After that, I met up with Erica (meet up organizer) from Northwest Edible Life, and was pleased as punch to be introduced to Mavis (the gnome) from Onehundreddollarsamonth, Lisa Kivirist, a lovely woman named Claudia, and forgive me everyone else for not catching your names!

At that point, I headed out for my blind date with Lindsey, as arranged by her mother, Paula.  Paula is a reader of mine, and played matchmaker knowing that her daughter would also be at the fair.  We had a great time; laughed, chatted, and talked about the unique mix of Mother Earth News readers and fair attendees. 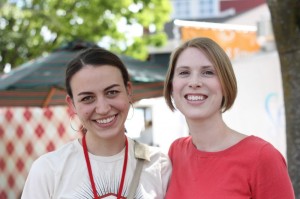 Knowing that my free childcare (thanks sis!!!) wasn’t eternal, I headed out to go pick up the spawn.  Right by the exit, whom did I see but the very cool Bryan Welch, Publisher and Editorial Director of Mother Earth News.  My heart did some nerd flutters, but I was able to ask him to take a photo with me.  He was beyond gracious, and I floated back to the parking lot on a hippy high. 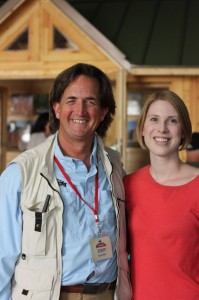 I can’t wait for next year!  I hope to meet even more fabulous people in 2014.  Let’s meet up by the scone wagon for a baker’s dozen.