Let’s go 88 miles per hour and go back in time to 2008.  Back then, I was on a chatboard for people who were working on having kids.  I met a girl named Elaina.  I lived in Los Angeles.  She lived in Los Angeles.  One day, we decided to meet at a restaurant for dinner.  I think both of us were slightly convinced that the other had plans for murder.

Anyhoo, at that dinner, we had in-depth conversations about what it would be like to have a kid some day.  We were both so hopeful.  We were both also so very pregnant and didn’t know it.  We went through pregnancy together, and Elaina’s daughter Lyla was born about 2 weeks before Jack.  It’s a good thing he likes cougars, because they’ve been pre-engaged since before they had fingers.

I decided that this year, my future daughter-in-law needed her own quilt.  The style is from the Patchwork Style book that I received a few months ago from my friend Kat.  There is no theme to this quilt; I simply picked out fabrics that I liked and thought were pretty, but not too girly.  My future daughter-in-law is a bit of a tomboy.  Once it all came together, I liked them, but don’t love two of them with all of the others (the umbrellas and the white birds). 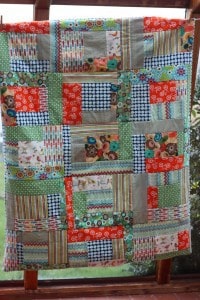 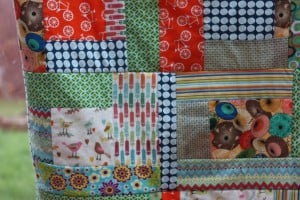 And because Jack and Lyla are promised to each other, I thought you might like to see the quilt Jack is getting for Christmas.  His is also from Patchwork Style. 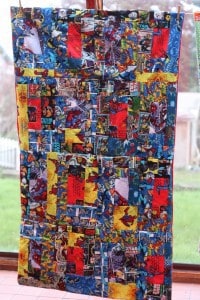 I know, right?  Homeboy is going to stroke out when he opens it Christmas morning. 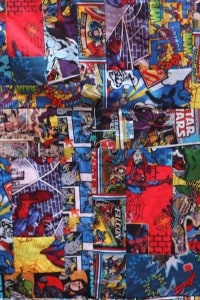 Preschool wedding quilts.  New trend that I’m sure will be blowing up the interwebs shortly. 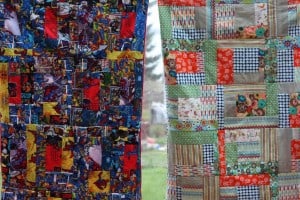