**If you are on my email list, you accidentally got a draft of this post emailed to you on Friday. So sorry about that!

I add snippets of ideas for my Sunday posts throughout the week so I don’t forget to include details before the publish date. This time I hit “publish” instead of “save draft” like a complete ding dong. **

Today is the final day of our sugar-free March challenge. Did you join in? How did it go?

In addition to giving up sugar for 31 days, we also vowed to fill half our plates/bowls with veggies for the three main meals of the day. And I decided I wouldn’t make any (homemade) Lara Bars or eat any RX Bars.

Soooooo, how did we do? I can’t speak for Troy, but I give myself a semi-passing grade with some mulligans. There were moments where I had to gag down some veggies during certain meals, and a few that I just threw in the towel and did my best.

I DID have one and a half Strawberry Fudge Energy Date Balls because I was making a batch for Jenny, the reader I met last week. And um, I needed to make sure they tasted ok, right? I almost wept because it was so good.

And I think I consumed probably six or seven Chocolate Peanut Butter RX Bars (we get them at Costco). I tried not to use them as dessert substitutes, but honestly, I failed a few times. What are you gonna do? 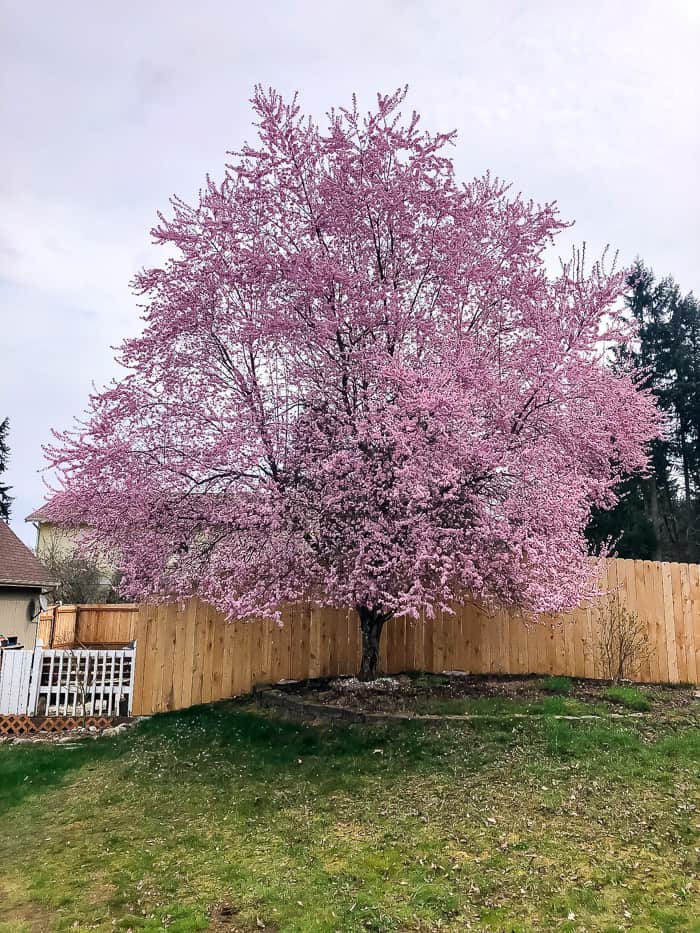 I’d be lying if I said I wasn’t looking forward to a bit of sugar in my coffee tomorrow morning. I am going to do my best to not make dessert a nightly thing because I know myself and it’s a very fast downward spiral to spoons in the Nutella jar.

I am looking forward to not eating a bunch of veggies at breakfast and maybe having some Peanut Butter Brownie Overnight Oats once a week. They actually don’t have much maple syrup in them and aren’t overly sweet, but damn they’re good.

We don’t have a scale at home but I know both of our clothes are fitting better. Troy has a lot more energy and he seemed to be sleeping better. He said the downside to feeling better is that he would overdo it at the gym because he felt so great. And then the next morning he would wake up realizing he is almost 42. Ha!

If you joined us in this challenge, how did things go for you? 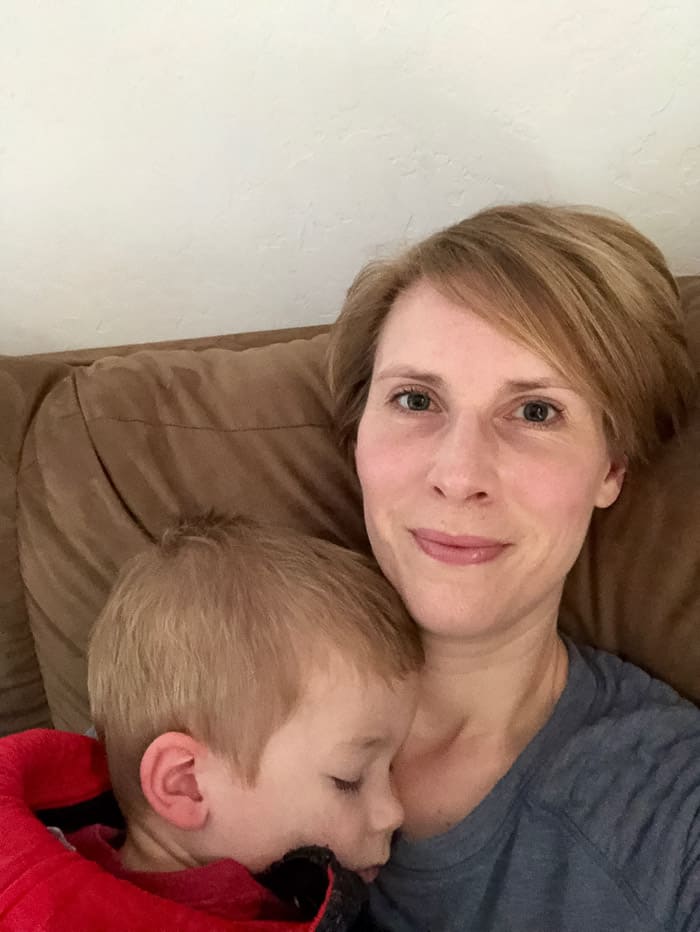 I was driving around earlier last week and I stopped and watched a goat scratch its ass on a rock for a good 30 seconds. I’m not sure who had a bigger smile on their face – me or the goat. I wanted to take a photo or video of it, but I couldn’t find the willpower to look away to grab my phone. I didn’t want to interrupt the magic I was witnessing.

That goat made my whole month.

Did you hear someone on Thursday morning whopping with excitement and then awkwardly doing The Dance of Joy from Perfect Strangers? That person was me. I turned in the paperwork for Bennett to start full-day Montessori preschool in September!

We toured the school on Monday morning and signed his ass up by Thursday. He loved it, we were excited about it, and everybody wins.

I had been debating between two or three days a week. The school has a rule where kids who are three and a half or older must attend at least two and a half days a week. So that solved that problem and he’ll be going three times a week.

For someone who works from home, I cannot even describe what this is going to do for my life. He is currently in preschool three times a week for two hours each day. By the time I get him there and then home, I have enough time to make and photograph one recipe before it is time to go pick him up.

The idea of six hours a day, three times a week is so amazing! Like I could pee just a little bit in excitement. As someone who loves to work and wants to work more, this is a gift for the whole family. 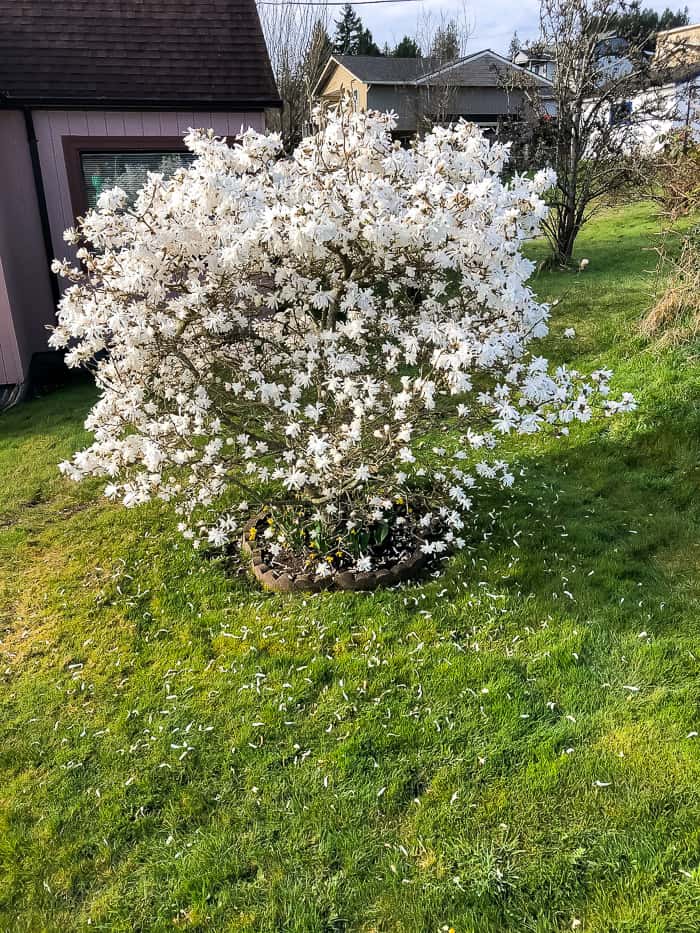 We were supposed to head to Portland this weekend to meet our newest little cousin. But Jack came home from school on Wednesday on a 101 fever and a killer sore throat. Yes, this was the rescheduled trip that was canceled a few weeks ago because Bennett was sick. Freaking kids.

Jack and I ended up at urgent care late Thursday afternoon where he tested positive for strep. They also found an ear infection. And an acute case of being a punk ass.

Most nights I sit with my laptop and my podcasts and I just work. But then there are some nights when I want the TV on but I don’t want it to be distracting. And my friends, I have rediscovered the perfect show for being entertained without having to use your brain – Alias.

This show reminds me of college and watching something live because there was no DVR. Looking back at it now it’s absolutely ridiculous and the plot makes zero sense. The later seasons got suuuuuuper weird but the first two seasons have been keeping me company at nights via Amazon Video.

Jennifer Garner is a national treasure of sweetness. And even though she is a butt kicker on the show, I just want to protect her and be her friend. Plus, there’s a young Bradly Cooper with frosted hair and what appears to be an excessive amount of Bonnie Bell Dr.Pepper Lipsmackers. 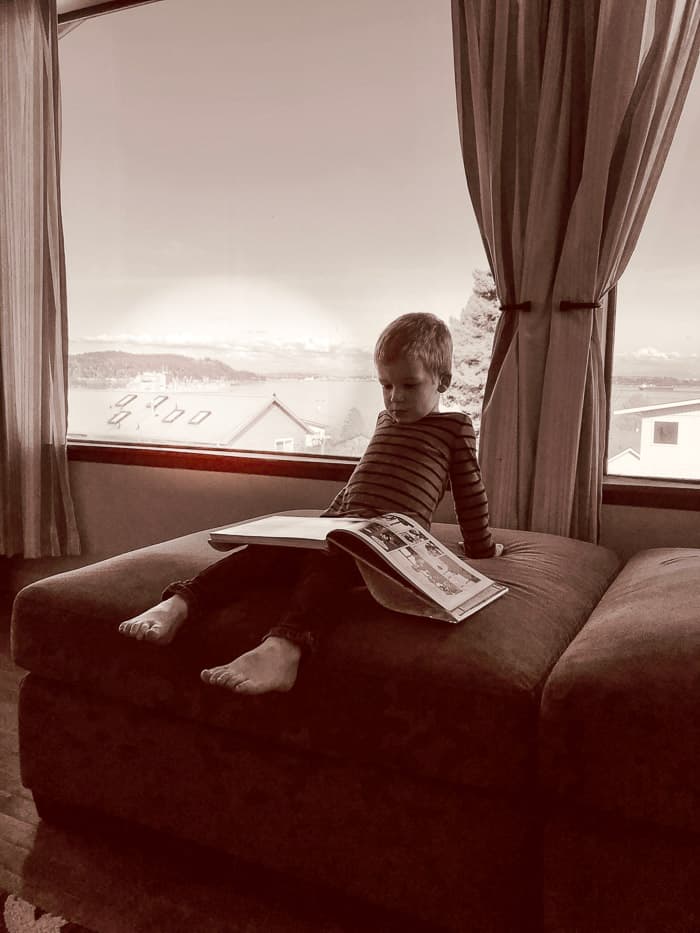 Today is the final day to get free organic ground beef for life with a new Butcher Box subscription. If you’ve been on the fence, sign up before this awesome deal is up!

And holy balls, if you have ebates they just raised the cash back amount for Butcher Box to $17.50. Daaaaayum! 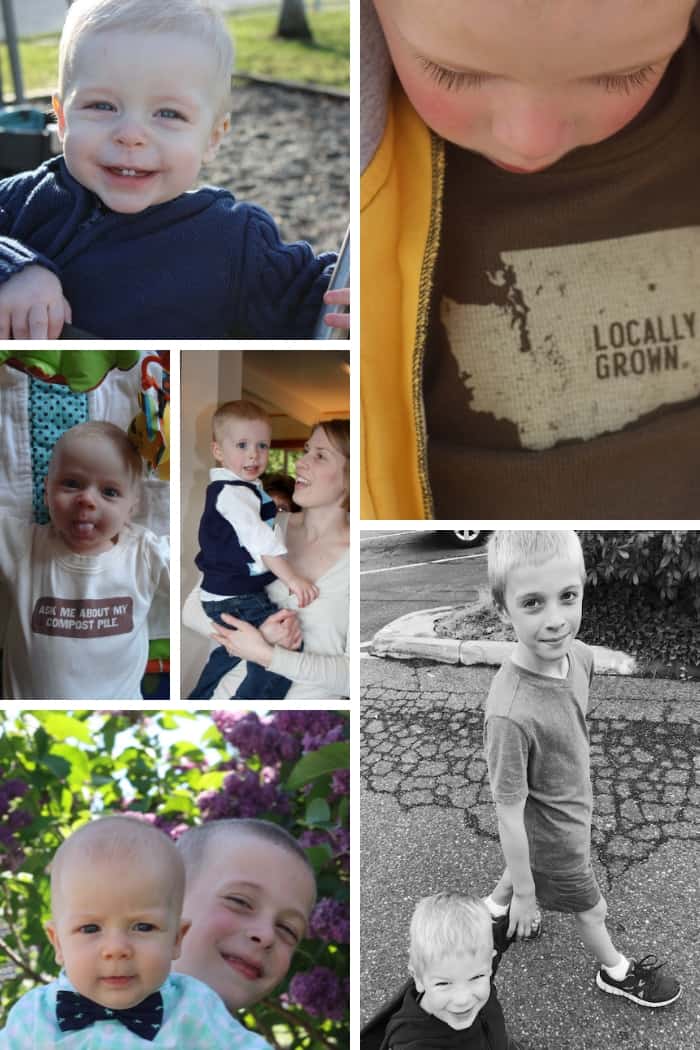 This kiddo is going to change the world someday. Since he was born he has always amazed us with his strength, intensity, endurance, and intelligence.

I listened to other new moms talk about snuggling their babies right after they were born, but Jack, as always, had his own ideas. Homeboy did pushups and planks on my stomach as soon as they put him on my chest.

The nurses couldn’t believe the length of his finger and toenails and were shocked that this newborn baby refused to sleep for hours after delivery. The doctor later told us Jack had been so active in utero that he tied a knot in his umbilical cord.

Jack never knew how to be a typical baby, which is fine because being a mom didn’t come naturally to me. We learned together.

I don’t have as many photos of him on the blog anymore for two reasons. One, he runs and hides as soon as I try. And two, now that he is older, his stories are no longer mine to tell.

I can’t wait to see what the future brings this very special kiddo. And his big giant round head. 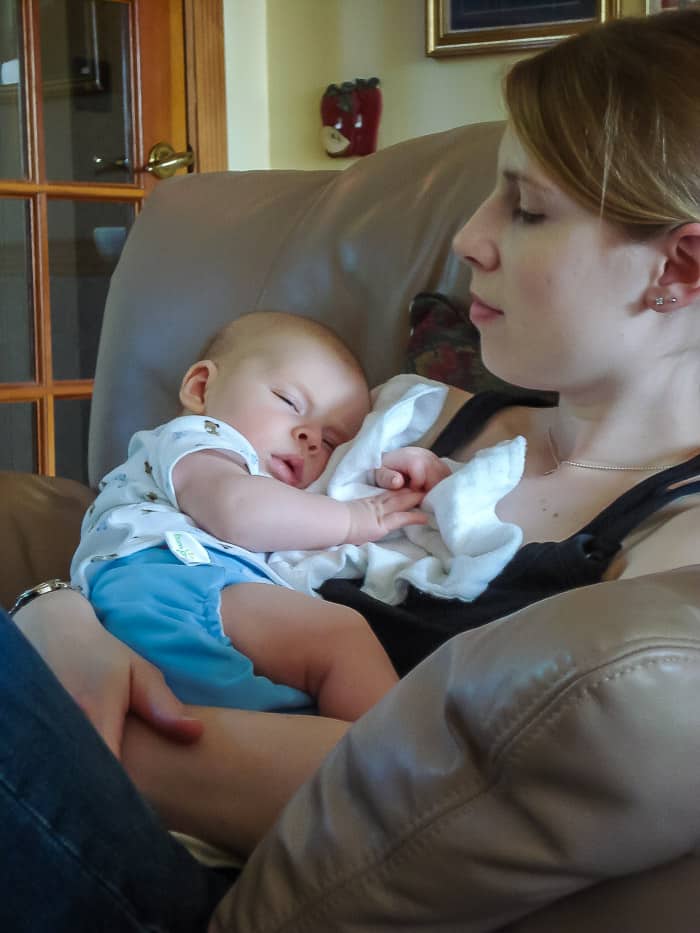 This week I’m recommending Over My Dead Body. An interesting look at the murder of a man in Florida who was in an ongoing custody battle with his ex-wife. There is a rabbi “goon squad” involved in the story and my friend Rachel and I want an entire podcast series about THAT guy!

I made this last night with red lentils (as that is what I had) and cut down on the cooking time as suggested. It was sooooo good!!!! 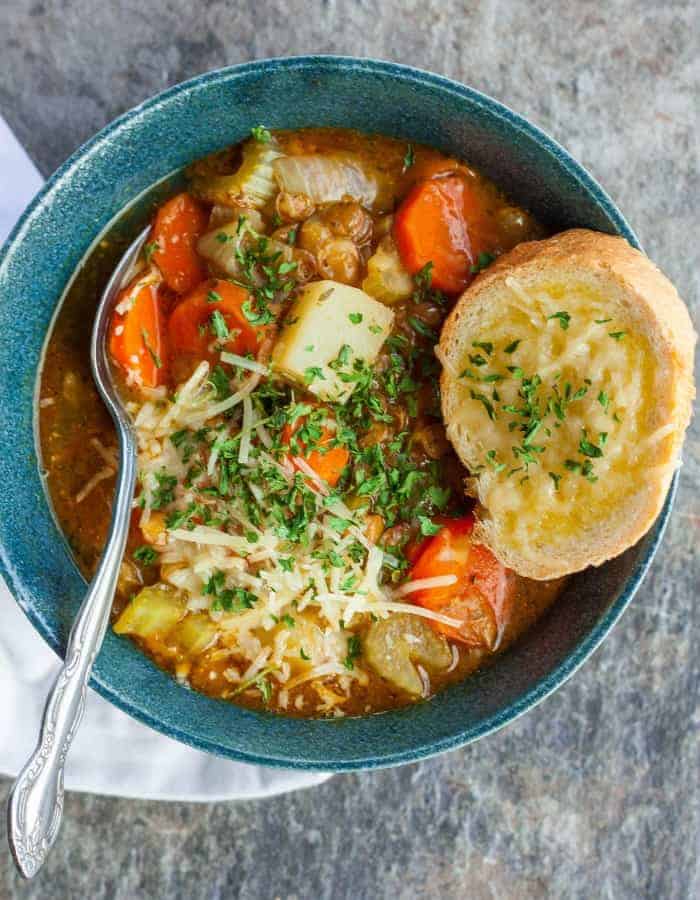 Back in November, after a night of working until 1 am, I shook my hand to the heavens and vowed that as of March 1, 2019, I would reduce the number of posts per week to three. As God as my witness, I would not keep up with the pure grind that four posts entail.

And um, it’s the very end of March and this is the first week I only posted three including Scattered Sundays. Better late than never?

The 11 Best Whole30 Chicken Recipes – These 11 Best Whole30 Chicken Recipes are simple to make and will blow you away with flavor! Eleven Instant Pot, crockpot, one pan, and oven-baked paleo chicken recipes that are gluten-free, dairy-free, and soy-free. If you’re looking for Whole30 dinner ideas, you’ll love these family-friendly Whole30 chicken recipes! 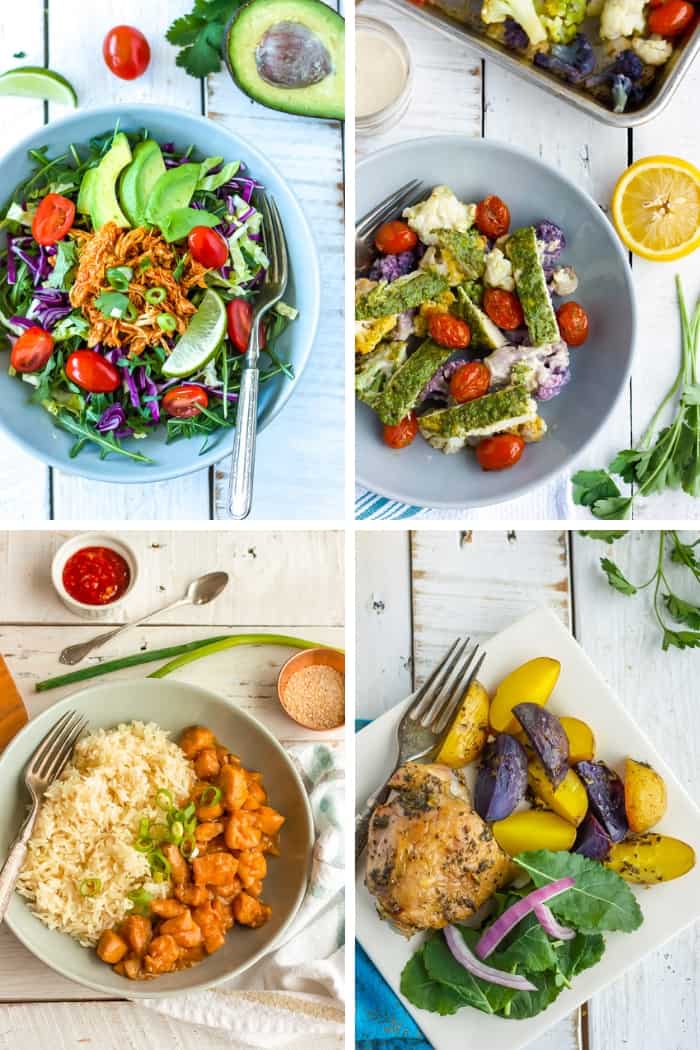 Sweet Potato Fries Dipping Sauce {Vegetarian} – So creamy and healthy, you’ll flip for this Sweet Potato Fries Dipping Sauce! Made with Greek Yogurt (no mayo!), this easy sauce for sweet potatoes fries comes together in just two minutes. Perfect for any kind of fries or even as a salad dressing, sweet potato fries aioli is a versatile sauce that adds an amazing flavor to any dish. 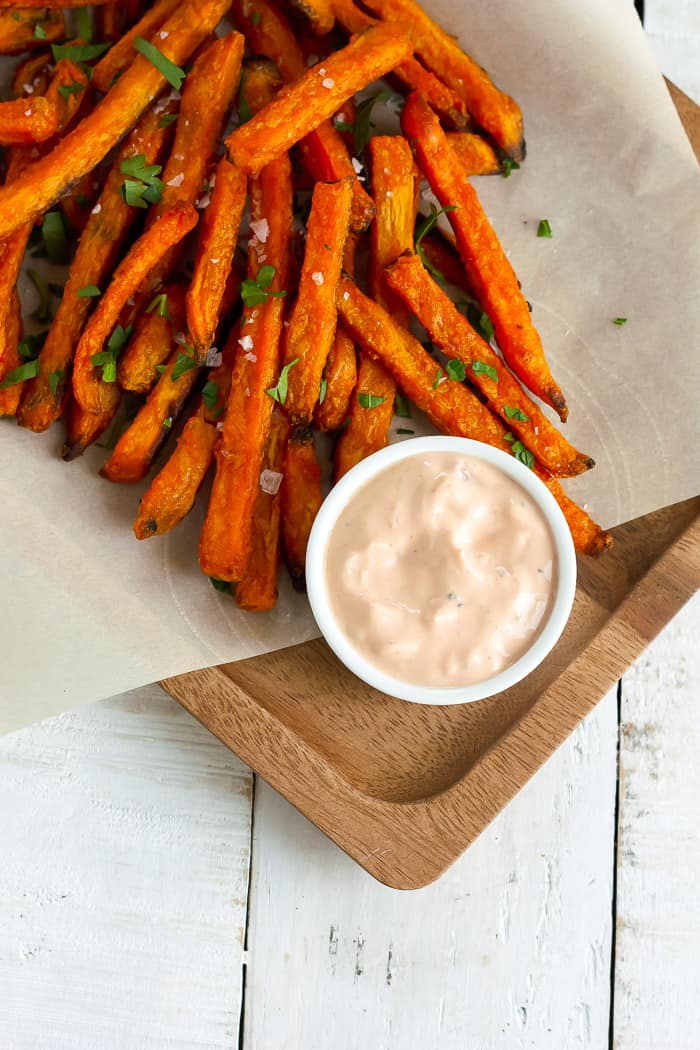 Looking for someone to do the meal planning for you? I’m partnering with Real Plans to bring you personalized meal plans that fit all dietary needs. Try it yourself for free for 30 days.!

Tuesday:: I’m being honest…we’re running errands in the afternoon so my kids will have Costco samples for dinner.

Saturday:: A new recipe I am trying out.

Sunday:: Who knows. I think my sis is out of town. I hear Costco has samples…