Hey all. I wanted to start by acknowledging that the world is super heavy right now. I don’t know anyone who is ok at the moment. As a friend said recently, “simply existing is exhausting”. I personally cannot keep up with all the crap that has happened this week and the different ways to help, give, and people to call.

I cannot think of a single segue into my normal Sunday posts that isn’t awkward. So let’s just all sit with the awkwardness of this paragraph and then move forward to our regularly scheduled programming.

I had my second microchanneling treatment on Tuesday. My goal of getting my skin to look like it is 40 instead of 13 is now fully underway. This time it felt a little more intense, but still not painful except for around my hairline.

She said during the fourth appointment she is going to use the longest needles she has. So I have that to look forward to.

The last time I had it done, I paid extra for a special light therapy treatment at the end that was meant to cut down on the redness. This time she mentioned that my skin seemed to be under-reacting and was barely red at all. We decided to not do the light therapy and it was the right choice (financially). All the redness was gone by the next morning.

I walked around on Tuesday looking like I had just finished a run. I have two shades – butt white and beet red. Pasty and Norwegian Glow. By Wednesday I looked normal again (whatever that means) but my face was burning during soccer practice that night. You’re not supposed to get sweaty since it’s aggravated skin, but chasing 5 and 6-year-olds wears you out. 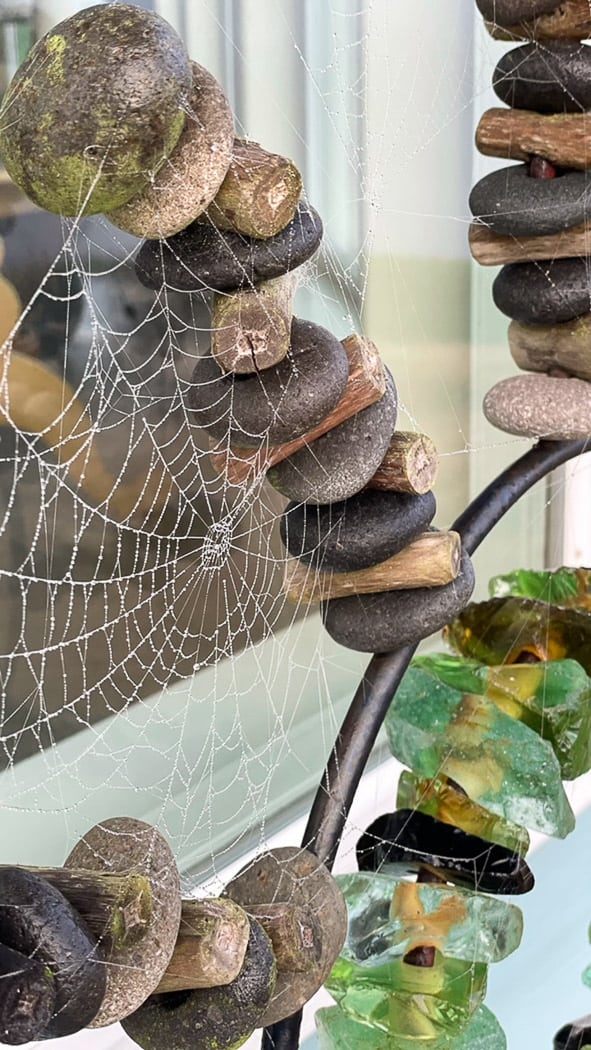 I have walked into more spider webs this week than I care to remember. We’re finding big ol’ spiders and some little ones inside. The mornings are dark when I get up at 5 am, and the chickens are putting themselves to bed around 7:50 pm. And I see people posting their pumpkin spiced lattes (barf) on Instagram. Yep, fall/autumn is coming.

This time of year is my favorite, followed by spring. I’m not built for the heat and intense sun. If you were to look up hygge in the dictionary, there would be a photo of me wearing some Darn Tough socks, jeans, and a sweater living my best life by our woodstove.

I love that I can take a walk and not need a second or third shower. I miss hanging all our laundry on the line but live for those sunny days and cooler nights where I can sleep without being sweaty. And, of course, ALL THE SOUPS. Gimme the soup!

Jack started track this week and so far, so good. He went right from track to soccer practice and if it had been me, I would likely have been in a coma by the end of the evening. Practices start five days a week next week. It’s going to be a lot, but thankfully the season is pretty short.

He’s nervous about having enough time for homework with track every day and soccer four days a week. And I am right there with him. I honestly don’t remember all that much homework in middle school, except for evil Algebra. We’ll take it week by week. School is the priority.

On Wednesday I had an interview with the team from Food Blogger Pro for their powerhouse of a podcast. They’re pretty much the authority on food blogging, and it was a giant honor to spend an hour discussing my journey from almost quitting my blog in 2017, to it now being my full-time job.

It was actually discovering their podcast in May 2017 that changed the trajectory for me (and the start of my overall podcast love). Getting to say thank you to their team while helping other bloggers avoid my idiot mistakes was a very fulfilling hour in my life. The podcast should be live in a few weeks and I can’t wait to share it with you!

School starts this coming week for Jack, and next week for Bennett. I think we’re all ready. It’s such a weird year that I feel like the normal back-to-school excitement has been reduced. One of my favorite back-to-school events is buying new school supplies. I’m a nerd, and fresh school/office supplies really does it for me.

Our district provides all school supplies to elementary kids, so I didn’t have to buy anything for Bennett. The school store at Jack’s school sells a school supply “kit” and honestly it was so easy to just buy that and we didn’t even need to step foot in a store to get things.

My boys don’t care about new clothes or shoes and will just wear what they have. I’m riding that wave as long as I can because I’m sure at some point they will care. The one thing we invested in this year was an extra Yumbox for each kid.

The Yumbox that Bennett has been using was actually Jack’s from kindergarten through fourth grade. It’s been through hell and still looks almost brand new. We got Jack a bigger one as his appetite got bigger and his has also held up so well.

The biggest selling factor for us is that the compartments are air-tight and it doesn’t involve washing a lot of little containers and lids (which always get lost). Because the seal is so strong, you can put yogurt in one section and it won’t ooze over to your sandwich. And cut fruit doesn’t brown because it gets fully sealed in its section. It’s fair to say that we’re officially obsessed with these lunchboxes.

But this year I decided to make our lives easier by having a spare on hand. We usually hand wash them or toss them in the dishwasher if there is space. We prefer to make lunches the night before, and it involved a lot of hand drying to make sure lunches were made on time. It’s lunch-making self-care. 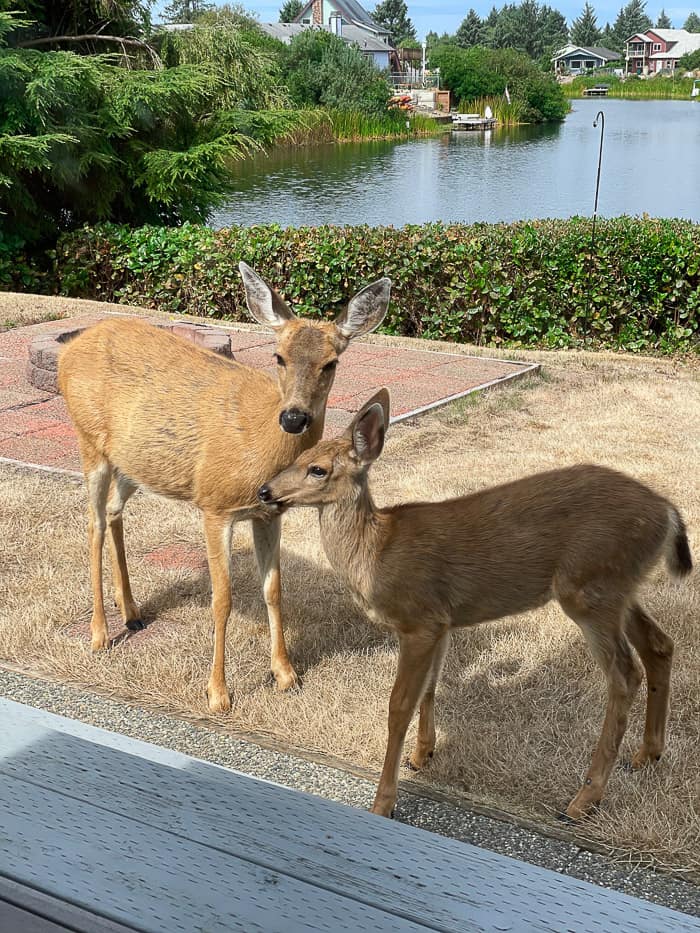 Last week I mentioned that I was going to try chicken breasts in our air fryer. They turned out really well (very juicy!) but I definitely want to do more testing before I say they’re perfect. But I’ll share what I did and if you want to test them out, I’d love to hear your results!

I tossed (thawed) boneless skinless chicken breasts from our Butcher Box order with ~1 tsp of olive oil and a light sprinkle of Montreal Steak Seasoning. I let them sit in a bowl in the fridge for about 2 hours, and then let them sit at room temp for about 30 minutes.

A quick brush of olive oil on the air fryer, and I cooked them at 370F for 8 minutes, then flipped and cooked another 8-10 minutes. I used an instant-read thermometer until the chicken was at 160F. I would like to experiment with a slightly higher cooking temp and shorter cooking time, AND a slightly lower cooking temp with a longer cooking time to see if improves anything.

Truth time: they were delicious and the boys gobbled them up. That being said, all four of us agreed that the chicken breasts that Troy grills on the BBQ were superior because, as Bennett noted “the crispy bits are good”. Fact.

I think the air fryer will be a great backup when we’re not in a position to grill. And I say “we” in the collective we because I do not grill. I have no interest in it as I already do enough cooking, thankyouverymuch.

In the Garden This Week

Not much was happening this week other than harvesting berries, tomatoes, cucumbers, and zucchini. I did get our lettuce starts but held off on planting them. New baby plants need constant water, and with us out of town, I was worried about their fate.

I am pulling the green beans soon. They were a colossal disaster that was 100% my own doing. I accidentally planted bush beans instead of pole beans. Pole beans ripen over time, whereas bush beans tend to ripen all at once. And I missed a lot of them at harvest time and everything just got way out of hand.

The bean bed needs to be amended with compost (AKA, old chicken poop mixed with pine shavings and soil) and then I will probably do a mix of beets (likely too late for that) and some kale.

We have come to realize that we’re a family that prefers a mix of tender salad greens for actual salad. Kale is great to bulk up soups, lasagna, etc. But given how darn hardy kale is during our winter, I like to pick it during the darker months and feed it to the chickens for fresh greens.

That’s right, I grow food just for my spoiled, feathered princesses. It’s a small price to pay for the delicious butt nuggets they give us throughout the year.

I deep-cleaned my closet and pants drawer this week. I declared pants bankruptcy on all those jeans I was holding onto because “they might fit again someday”. Byyyyyyye! It was so freeing, and I re-discovered a pair of jeans that I forgot I had and dearly loved.

If you’re in a clothing purge and need to restock with some basics, or just need to get ready for fall, check out my favorite store, ThredUp. ThredUp is the world’s largest online thrift store. It’s the fun and super-affordable way to get “new” clothes without adding to the environmental damage that fashion wreaks on our planet.

All the clothes come clean and stain-free, and you can even sort for items that still have the tags on them. Some of my favorite staple pieces are from ThredUp. Oh, and you can also sell them YOUR gently used clothing to make some cash. New ThredUp customers can get $10 off their first order here.

The award-winning podcast, This Land, is back for season two. Season two is a deep dive into Native children’s custody rights and how it impacts American Indian tribes. I learned so much about Native rights in season one, and season two is proving to be just as informative.

I downloaded While Justice Sleeps from the library, and even though I adore Stacey Abrams, I’m not in love with the book. It started off a firm no for me, but by the end, I was much more invested in the story and character. It’s not something I would read again, but I do love supporting her endeavors.

I tried this with (spicy) shrimp, omitted black pepper. I am thrilled at how well these turned out. Your recipe is a winner with me! 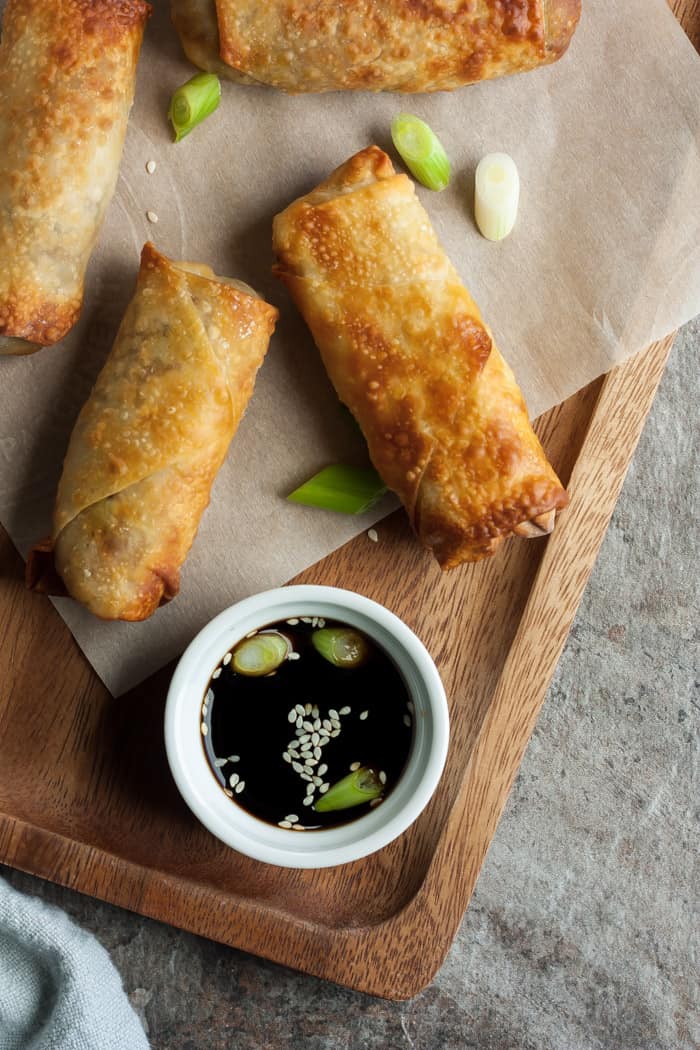 Canning Applebutter – This recipe got what Katie calls a “glow-up”. I finally took new hero photos (the glammed up pretty ones at the start and end of the post), and both clarified and simplified the recipe’s instructions to make it as user-friendly as possible. The recipe includes both canning AND freezing instructions. {Pin this recipe} 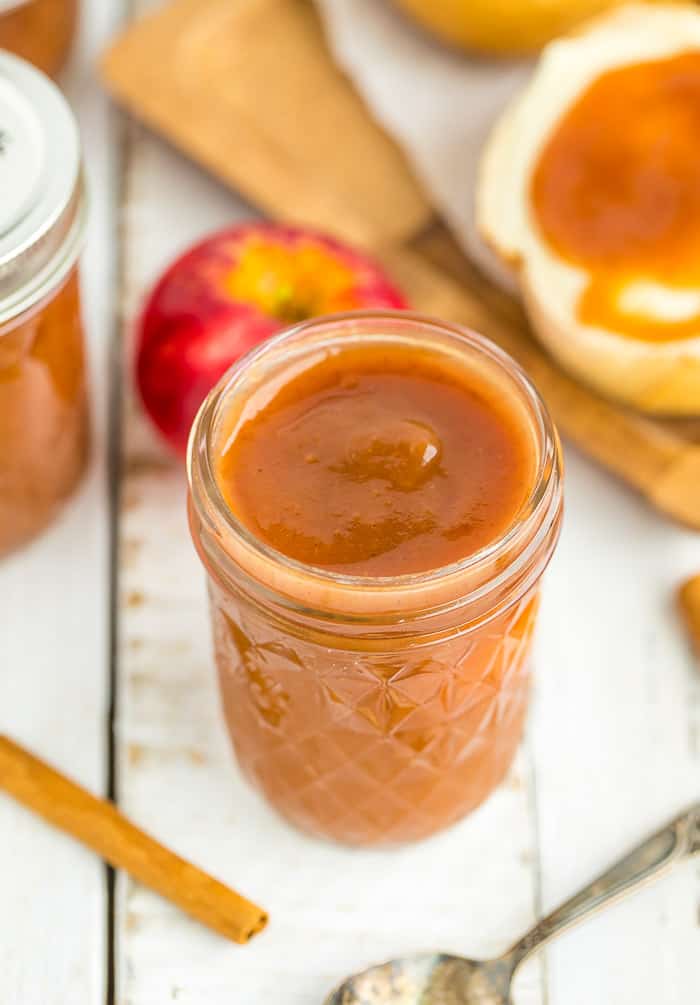 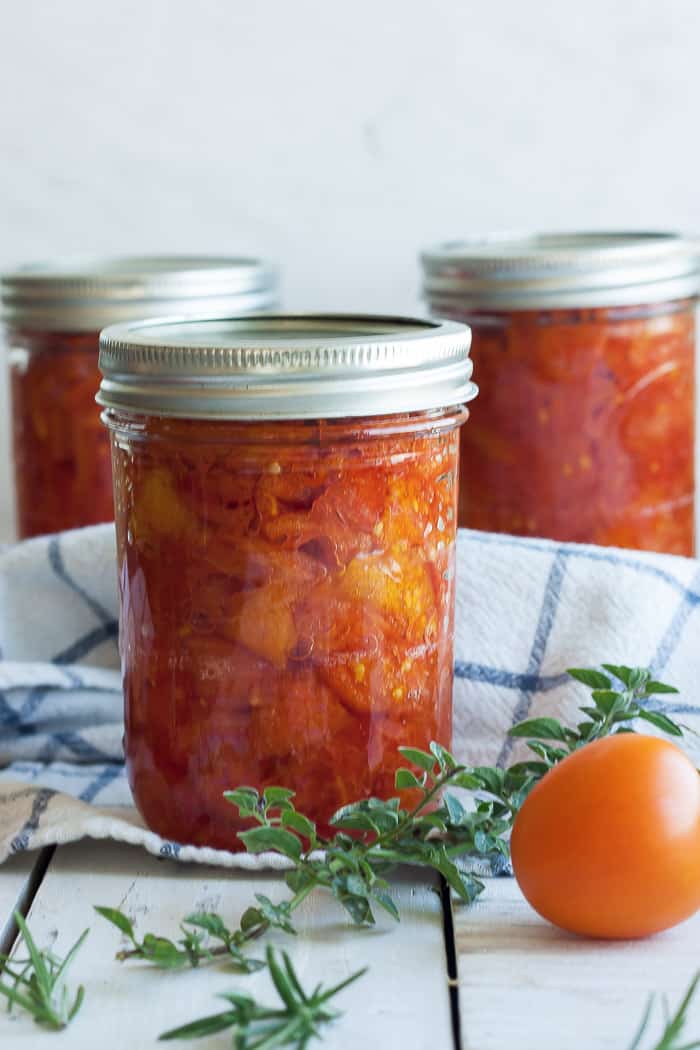