I took two huge geriatric Millenial tech leaps this week. First, I published the first recipe that I photographed using entirely flash photography (you can see it here), and second, I switched to a new back-end system for the blog.

Frankly, I’ve been too scared busy to learn a new way of doing things and have been dragging my feet on making the switch. I finally dipped my toe into that scary pond this week and I’d like to say that I’m relieved to have finally switched. But in reality, it’s new, scary, and I hate it.

If you’re not a blogger or a giant tech nerd, you may not know that a few years ago, WordPress, the blogging platform that I use switched writing “styles”. The new system is called Gutenberg and it’s about “blocks” – blocks of text, images, etc.,

Much like when I wrote my cookbook (get yours here!), I have almost thrown my computer against the wall about 43,956 times against the wall this week. Eventually, it will become second nature. But not yet. Until then, my swearing will be super creative and prolific.

I’m also working with my site designer on restructuring the visual layout of my individual recipe posts. The content will all be the same but it will be a shiny new look that is meant to improve UX (nerd speak for user experience). I’m super excited about it, but am also ready to be done making big decisions.

On a more positive note, after almost 10 months (YES, TEN), I finally figured out an air fryer recipe that has bested me eight times. Eight separate times I have made this dang appetizer, and eight times I could not get it right. It was delicious but never right.

Much like these French Onion Pork Chops, a recipe that took freaking forever to perfect, this new recipe almost got me to give up and throw in the towel. I had to step away from it for three months because it kept making me so angry, and one should never be that offended by delicious food.

In a recent Confessions post, one thing that came up a lot was what a freaking pain it is to have glasses fog up. Whether it’s from wearing glasses with a mask or even walking in from a cold place to a warm place, fogged-up glasses are annoying. And they can be kind of dangerous!

A few months ago I told a friend about some anti-fog spray and she has used it on her glasses and loves it. Since I could wear contacts in places where I’m wearing a mask for a long period of time, I had never used the spray myself.

Jack has been wearing his (cheap) blue light-blocking glasses a lot at school, but they were fogging up with his mask. I finally buckled down and got the spray for ourselves. And guess what? It works GREAT! We got this spray and it’s super easy to use.

We had the first soccer game yesterday with Jack’s new team. They lost, badly. Part of the team has played together for a few years, and part of the team is new. We were also missing a few of our offensive starters and the team we played was established and a year older.

Tough loss but I love how his coach handled it and spoke to both the parents and the kids after the game. It was really positive and focused on their room for growth, etc. Oh, and Jack scored the only goal for the team, so that was incredible to get to see! 🙂

I mentioned in early December that my dermatologist had recommended a new (to me) topical medication called Arazlo. It’s a slow-acting medication that can take up to four months before you really see any results.

It’s very drying, so I currently use it every three days and I think I’m going to skip one application every three or four times. Even though it has been much less time than four months, I’m pretty dang thrilled with the results

I had my follow-up with the dermatologist late last week and he was pretty happy with how things are going as well. He also removed a cyst on my noggin.

It has an official name, but I call them “Scalp Skittles”. Just an annoying bump that drives me bananas and can be visible through my stupid flat and fine hair.

He told me not to wash my hair until Monday the 31st, and frankly, that wasn’t going to work for me. I had to go to church on Sunday and my hair gets greasy easily on a good day. I wasn’t going to stroll in with some polysporene-slicked hair.

It’s now been a week of washing my hair twice a day, and it’s STILL greasy. Goodness gracious, I am walking around looking like a hot mess. And yes, I could have scrubbed harder or used a more aggressive shampoo, but I still have stitches in my scalp, yo.

My goal of running 5 miles per week through the end of February was successful for week 1. I ran twice this week, collectively for 75 minutes. Except that on my second run, my watch paused for almost 5 minutes and didn’t track ~.5 miles. RUDE. All that work just wasted.

If you’re on the hunt for Girl Scout cookies this year, I have two leads for you! First, my goddaughter’s troop is raising money to go to Zombie Camp. I could not love her more. You can support Violet’s troop here.

You can choose to have cookies shipped to you or donate them through the “Cookie Share” option. Do note choose the “have Girl Scout deliver them” because your order will be declined since you look like a random internet creeper. 🙂

What I’m reading this week

Last week I finished Vanderbilt and started The Firekeeper’s Daughter at the recommendation of a reader and Instagram friend. It’s really good, even though I found out it is a YA novel. But, The Hunger Games was a YA novel and we all loved that, right?

Side note: the first of the movies from The Hunger Games series came out 10 years ago this year. How old do we all feel? Read YA novels, it will keep you young.

WHAT I’M LISTENING TO THIS WEEK

Last week I binged the series Hooked. When I’m doing all-day photoshoots or really hammering away at my laptop, I love to listen to one series. I used to be the kind of person who watched TV while they worked, but I’ve found I am more productive when there is no visual aspect to the “noise”. Hence, podcasts.

About Hooked: “When Tony Hathaway was arrested outside a Seattle bank in February 2014, it brought an end to one of the most prolific bank robbery streaks in American history. But that’s not the most surprising part of this story. Before Hathaway was a masterful bank robber—a shape-shifting professional who confounded multiple police departments and the FBI—he was a top design engineer at Boeing, one of America’s most important companies. Hathaway traveled the world in business class, working on the 747, while hiding a gigantic secret: an OxyContin addiction that ultimately unraveled his life.” (Source)

READER SPOTLIGHT OF THE WEEK

I’ve made this soup three times since Halloween. It’s so good and easy enough. I enjoy all the fresh veggies. Thank you!

ON SUSTAINABLE COOKS THIS WEEK

Ravioli Soup –  This cozy Ravioli Soup packs in tons of veggies and flavor into every bite. This vegetable noodle soup recipe is easily adaptable to be vegetarian or vegan. {Pin this recipe}

THE FIVE MOST POPULAR POSTS THIS WEEK

Monday:: Troy is making Instant Pot Beef Tips (we got some in our last Butcher Box order – hurray!), garlic rice, and veggies.

Tuesday:: A new super simple dinner recipe that I need to photograph. You’ll see it on the blog later this month! + veggies on the side. 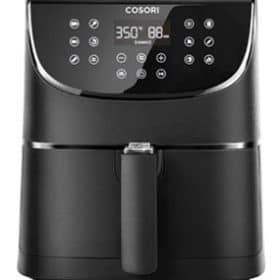 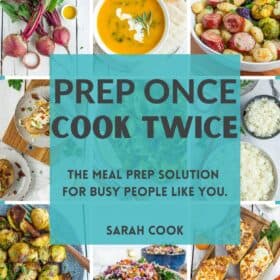 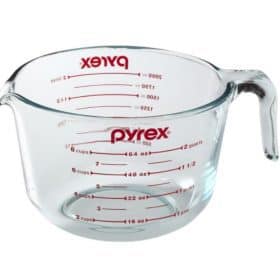