Why doesn’t Tarzan have a beard?

I mean, he lives in the jungle without access to a razor. He hangs around with gorillas so it’s not like his peer group is clean-shaven.

So why is his face so baby smooth?

^These are the kinds of discussions I have with my husband after he woke up early one morning and couldn’t go back to sleep. Troy is a deep thinker. 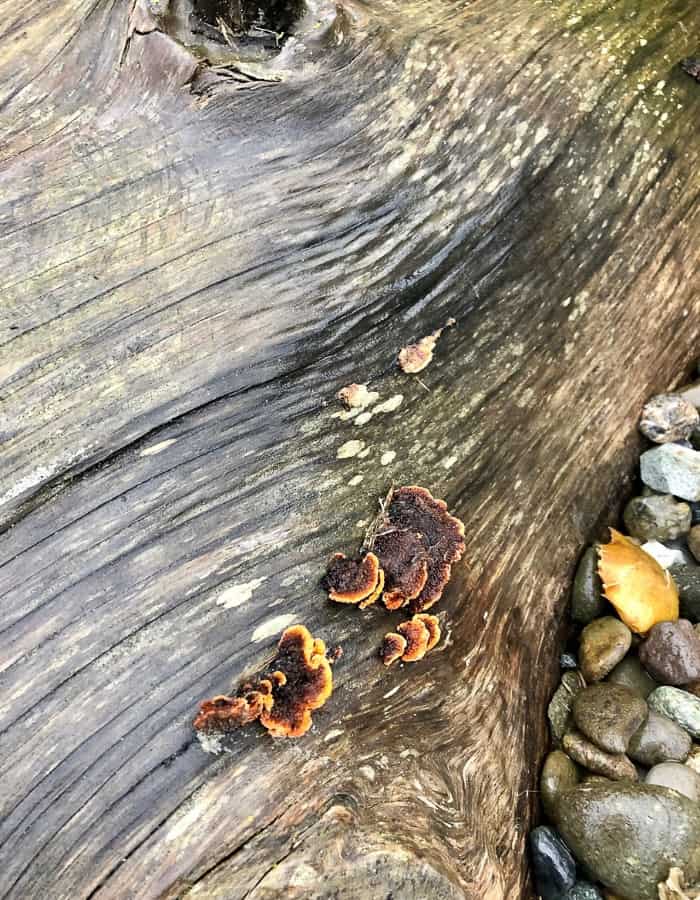 When I work out I wear yoga pants and what they call “running tights”, but I hate that all of them give wicked camel toe. Some are so bad you could possibly consider it a moose knuckle.

A few months ago I was cleaning out some old clothes and I realized I still had a small bin of maternity clothes. I gave them to Goodwill but kept the Bella Band I found in there.

I used my Bella Band for both pregnancies with the boys. When you’re too bloated for regular pants but not big enough for maternity pants, they let you wear your normal jeans with the button undone. And for me, I wore them with maternity pants to keep the pants ass sag in check, and to add length to my maternity shirts which are never long enough when you’re six feet tall!

On a hunch, I slipped it on over a pair of workout pants and realized that it completely solves the whole camel toe situation. I now wear it whenever I go for my walks/terrible and slow runs. It’s comfy and doesn’t slip and most importantly it keeps your front butt covered. 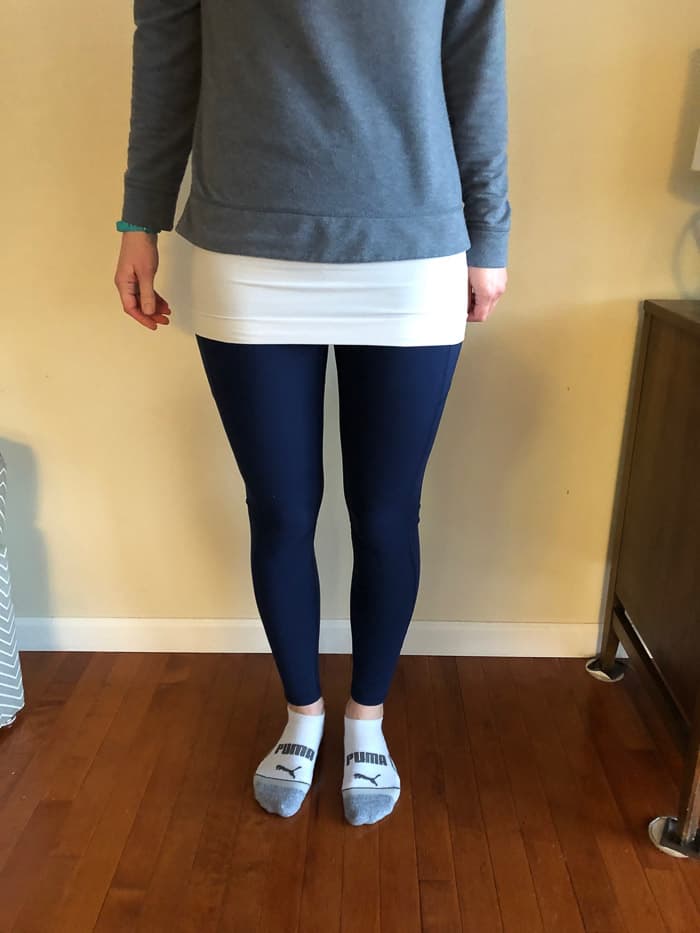 This kiddo turns three tomorrow. Apparently he has had that scowl since birth. 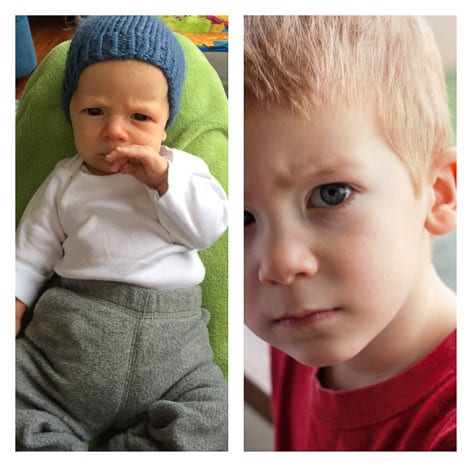 We had his party yesterday and it’s funny to see the evolution of kid parties. With Jack, I made everything from scratch and made soooooo much food. Now, I’m more like “let’s order a Costco sandwich tray and put out some chips, salsa, and veggies”.

The change is not so much about having less time, but more realizing that people don’t really care what you serve and just want food.

Bennett is kind of obsessed with sharks and thus we did a shark-themed party. My terrible cake/cupcake decorating skills are legendary.

I love to make homemade cakes and frosting but putting the two together is never a pretty sight. It usually involves me slapping frosting on the cake and then sticking a toy on top and calling it decorated.

I really tested my comfort zone by making “shark bite” cupcakes. I looked at these cupcakes but she lost me when she mentioned a “cupcake corer”. I didn’t know that was even a thing. And I certainly wasn’t going to buy it for one party. 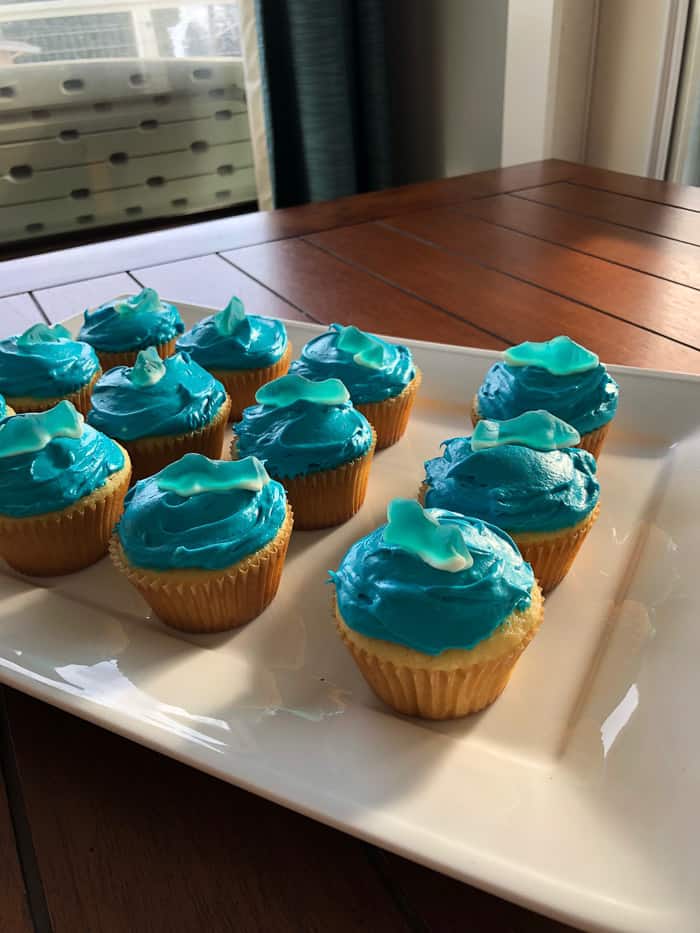 We ended up trying a small (and clean) PVC pipe and a melon baller that belonged to my parents. I have no idea how that thing made the move from their last house to this one. It’s not exactly an often-used item. I’m 37 years old and I never once remember my mom using a melon baller.

After trying multiple things over five minutes, I finally gave in and just jammed my (clean) finger into each cupcake. Worked perfectly. Pfft, who needs a cupcake corer? I filled in the hole with strawberry jam for the “shark bite”. 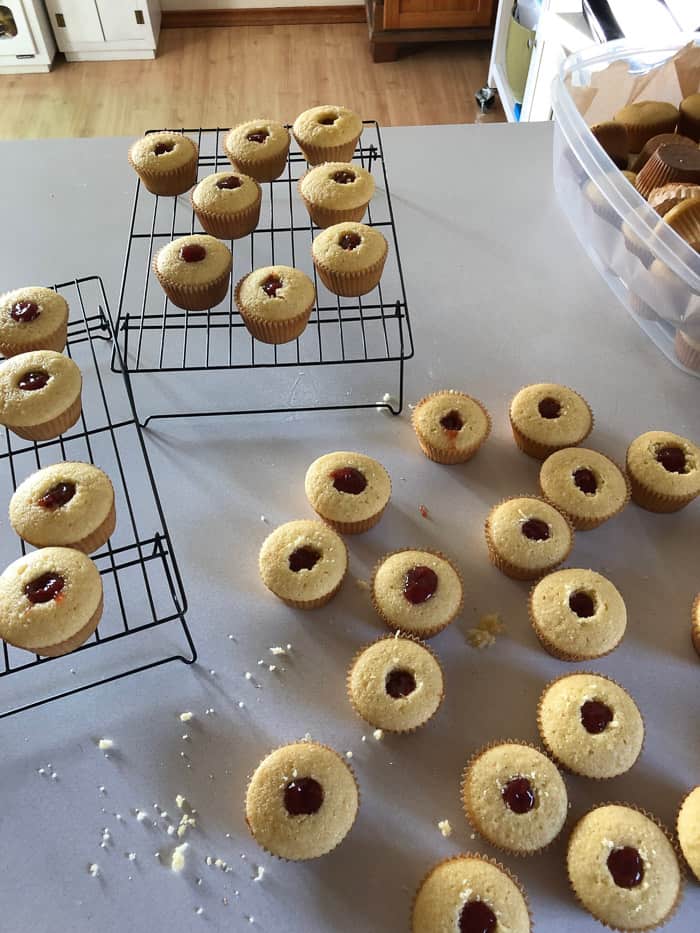 I ordered a crap ton of gummy sharks (made with fruit juice so they’re “healthy”) from Amazon because it was cheaper to buy a huge bag than to get a few at the grocery store. 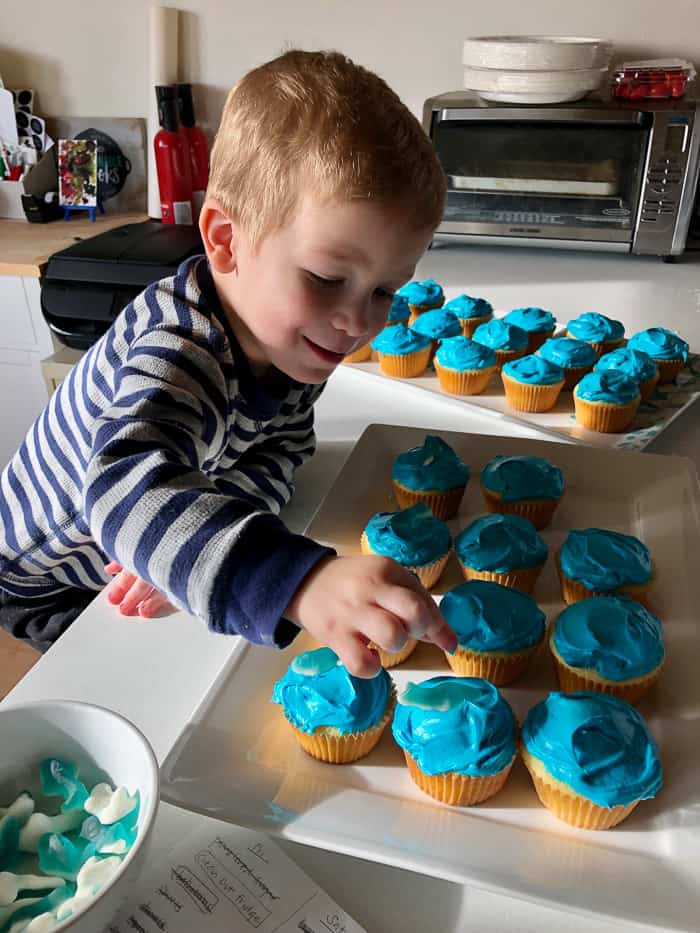 I’m a little terrified of Bennett being three because three-year-olds are the effing worst. People talk about the terrible twos, but the twos have nothing on the threes. I didn’t like Jack from the time he was three until he was four and one week.

Bennett has been rocking a three-year-old attitude for months now. Combine that with Jack’s pre-tween emo-ness and it is a wonder I don’t drink. 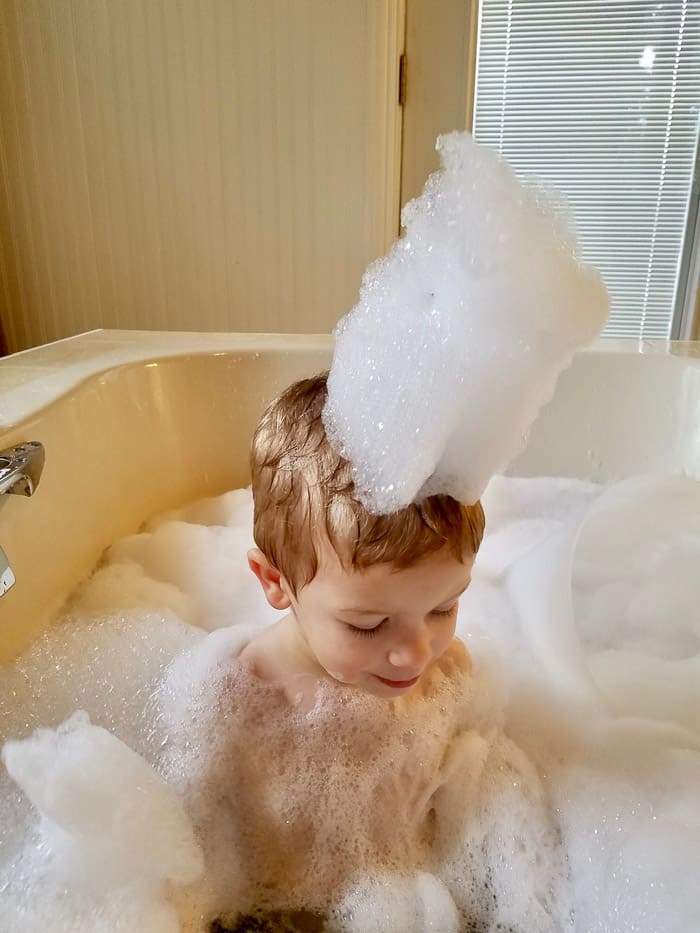 Life is good at Grandma and Grandpa’s.

Jack will be taking his cast off later today and we’re a bit nervous to see how things have healed. The orthopedist said we don’t need to come back because Jack will be the one to know how things feel, not her. Taking things slowly and hoping he is back to “normal”. 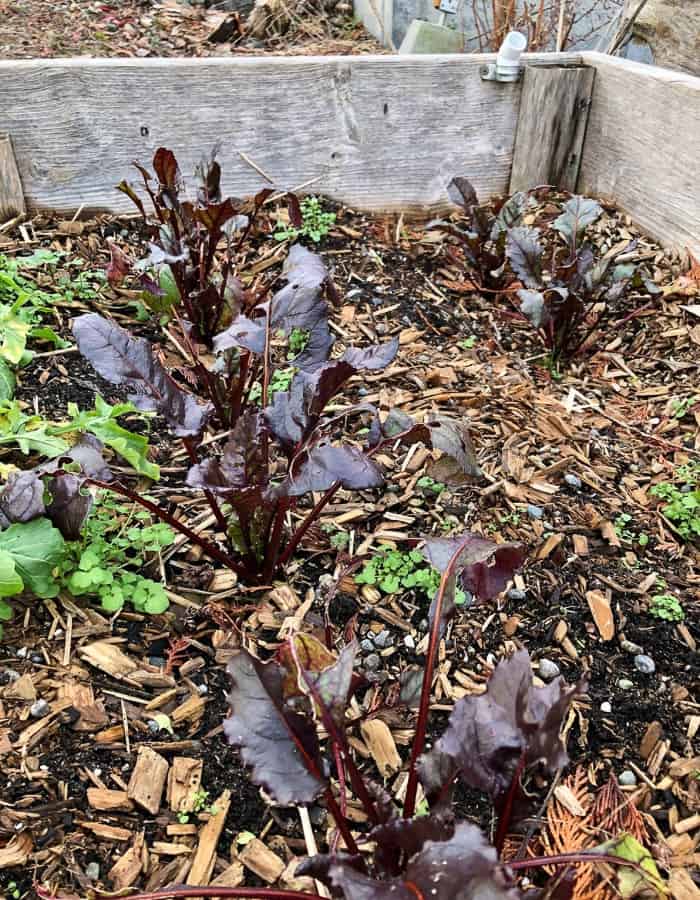 We’ve got the beets

I worked on a new recipe this week and the taste is amazing! But the appearance is crap so I’m working on remaking them not look like chocolate boobs. I can’t wait to share the recipe with you (hint: they’re dairy-free AND paleo) when they are a bit less-mammory looking. 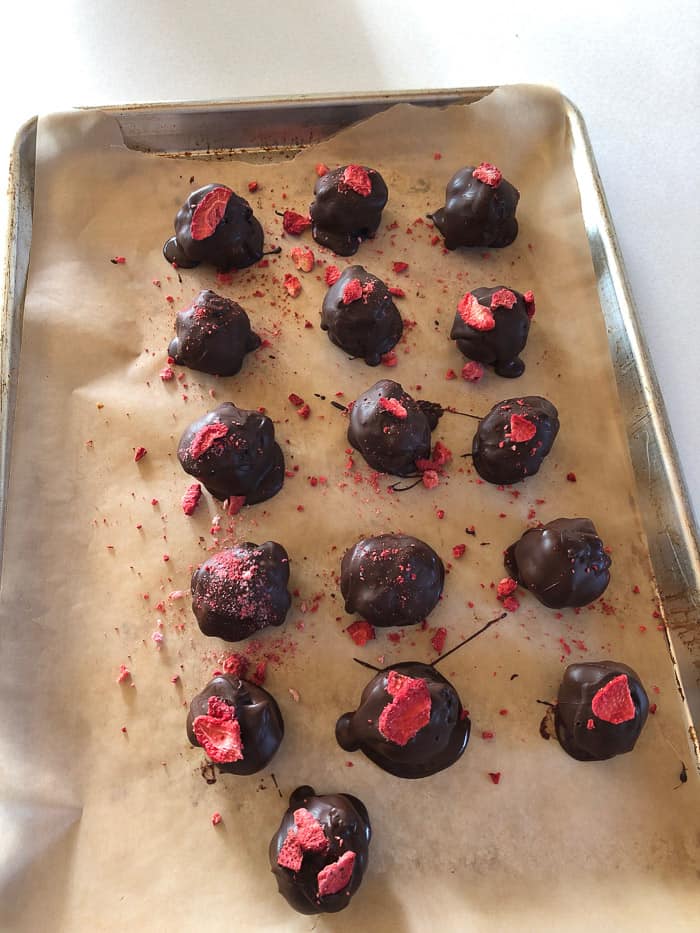 Wishing you a wonderful rest of your weekend!

This week’s five-star review comes from Kami who made Chicken Salad With Greek Yogurt and Dill (hollah for all my fellow mayo haters out there!)

One of my fav recipes. So easy and so good!

Glad you liked it Kami! And for anyone who can’t eat gluten, I’ll tell you this chicken salad is super good in a halved avocado.

Whole30 Potatoes – Skillet Fried Potatoes {Whole30, Gluten-Free, Vegan} – One of the best side dishes ever, Whole30 Potatoes are sure to be a family favorite. Great for breakfast or as a side for meals, these Whole30 skillet potatoes are vegan and gluten-free. {Pin this} 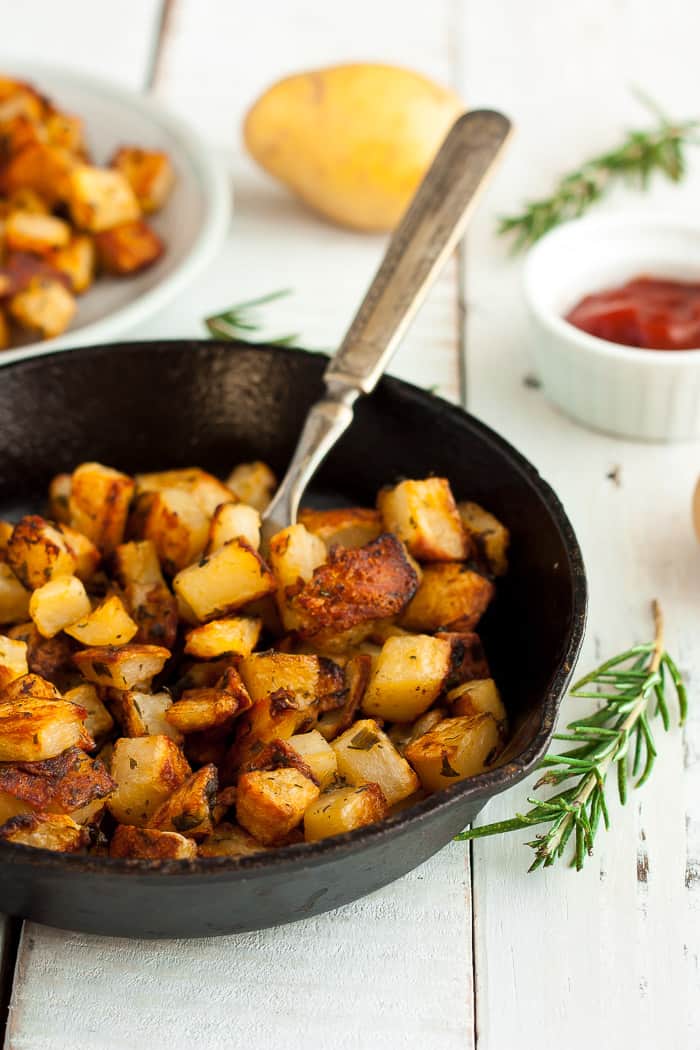 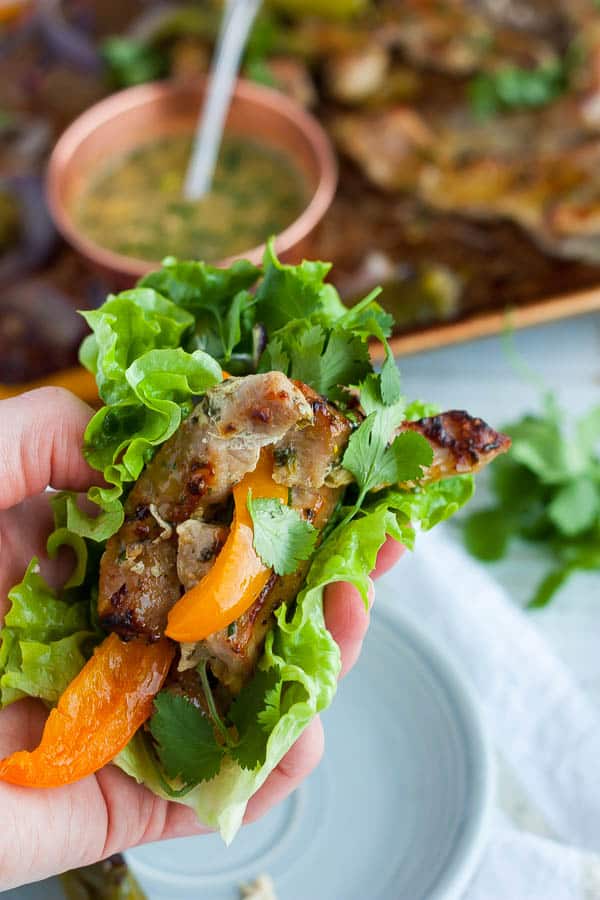 Chocolate Coconut Coffee Creamer {Paleo, Dairy-Free, Keto, Vegan} – A homemade Chocolate Coconut Coffee Creamer that is so good you’ll never buy storebought again. This DIY recipe is paleo, dairy-free, vegan, and free of refined sugars. {Pin this}  And yes, those are Jack’s hands. He did the pouring with his non-dominate hand since I didn’t want the cast in the shot. 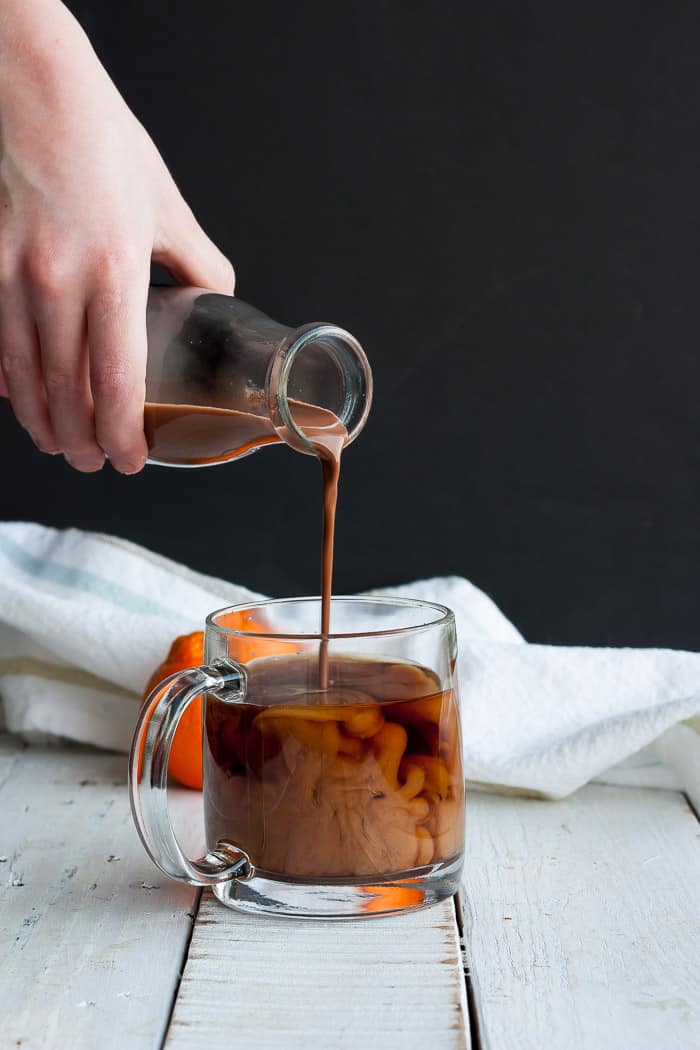 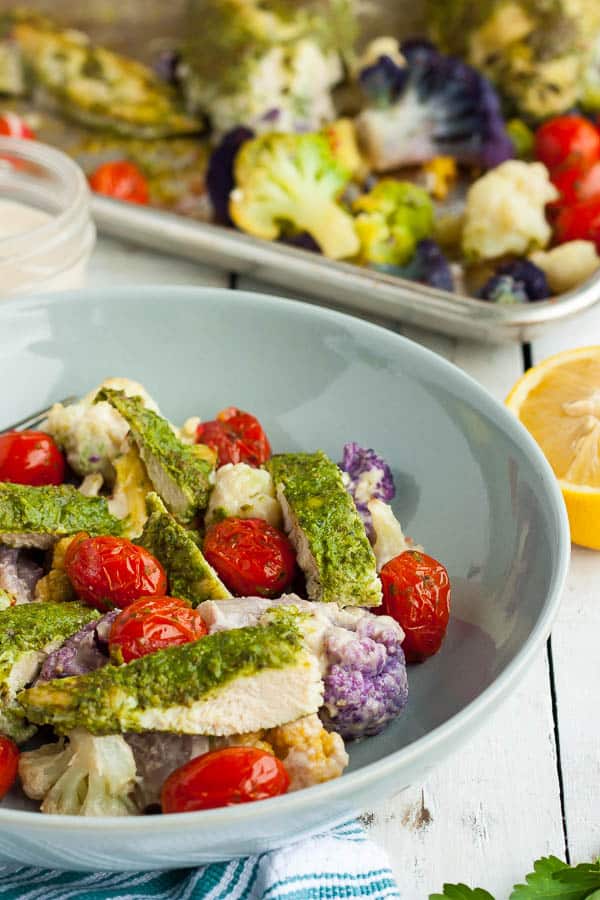 Hop in the DeLorean

Costco: $104.70.We tried that Perky Jerky and it’s so good! If you’re a Costco member they have it on instant rebate right now. 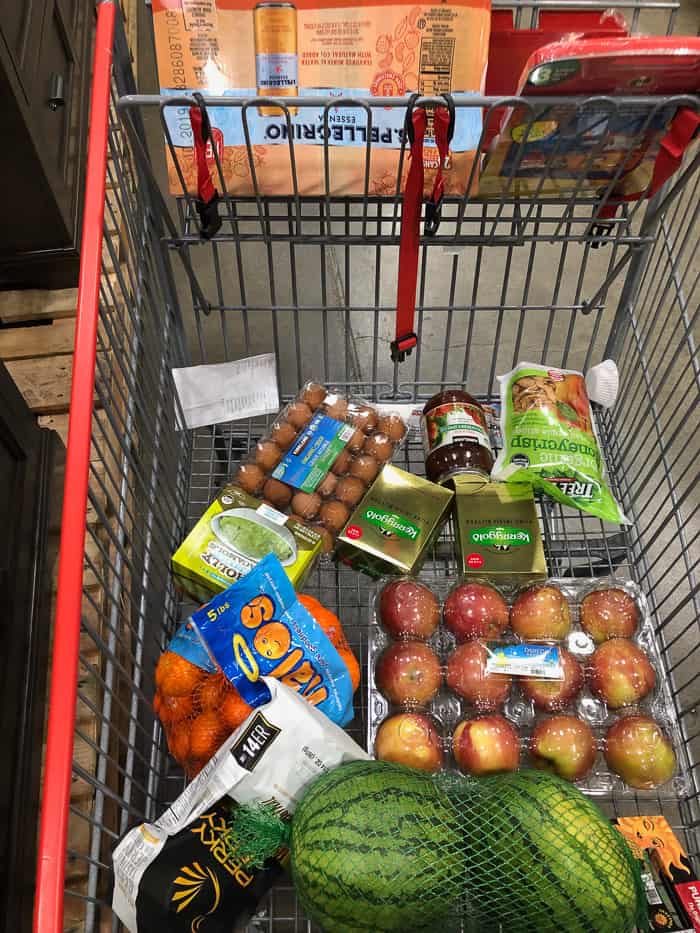