I’m speaking to the chicks born in the 80’s. Yeah, all you Sarah’s, Brandi’s, Jennifer’s, Jessica’s, Katie’s and Mandy’s.

Do you remember those portable curling irons and flat irons? Like you’d push in a fuel cartridge (was it butane??) to heat it up and then curl your hair after gym.

And once it cooled down, you’d throw it in your backpack and go about your day. With freaking butane riding around on your back.

Tomorrow is a day of reflection here in the states as we reflect on Veteran’s Day. If you or a family member are currently in service or have served, my family and I thank you for your sacrifice! Those who live in freedom will always be grateful to those who helped preserve it. 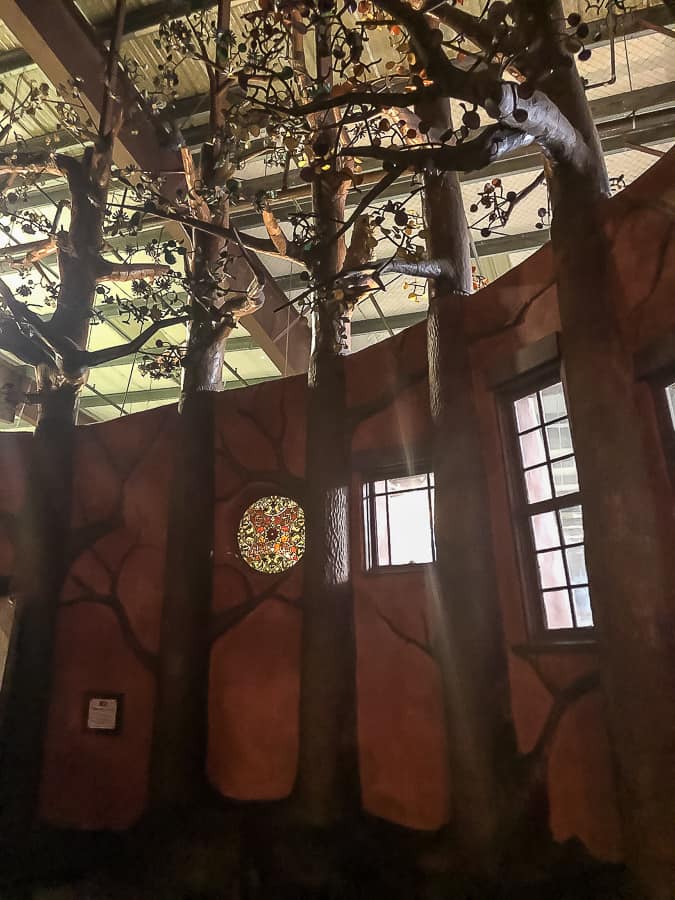 Hello from (almost) the other side of soccer season; we survived! Jack’s team did so well and it was crazy fun to watch the boys grow in skill and maturity. I will also say it was the first season where Bennett could play with all the other little siblings on the sidelines and we could mostly enjoy watching Jack play.

He wants to play indoor this winter, but I would prefer basketball. For one, it’s cheaper, two it’s a hell of a lot closer, and three I think kids do better when they play a multitude of sports instead of going hyper-focused on one. I mean, he’s 10, it’s not like he is trying for a college scholarship at this stage. That comes when they’re 12, right? 🙂 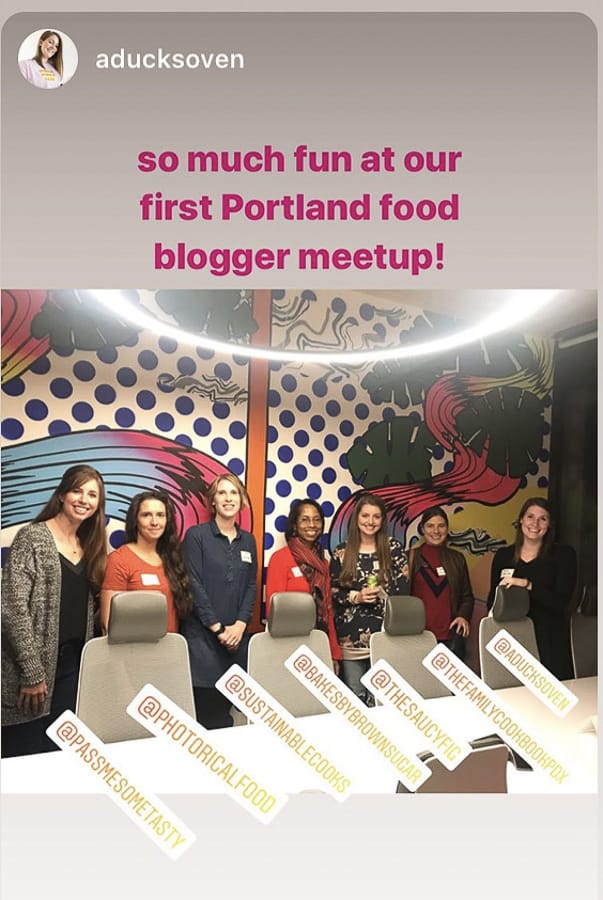 On Thursday I headed down to Portland to meet up with some Oregon/southwest Washington bloggers and it was such fun! Chelsea from A Duck’s Oven organized it, and I also got to meet Shannon from Pass Me Some Tasty, Kristel from Photoricalfood, Cheryl from Bakes by Brown Sugar, Chelsey from The Saucy Fig, and Sarah from Yeoman Photo (the family cookbook project).

We got together at Remote.ly (<—not a typo) for an evening of networking, photography talking, and nerding out over SEO (search engine optimization which is how you technically write/tailor your posts so that Google shows them to people) all over yummy treats.

If you saw my Instagram stories on Wednesday night, I brought a batch of Nordy Bars and another dessert that will be coming soon to the blog in December. Nothing tortures your kids like making Nordy Bars and then taking 98% of the batch for strangers. 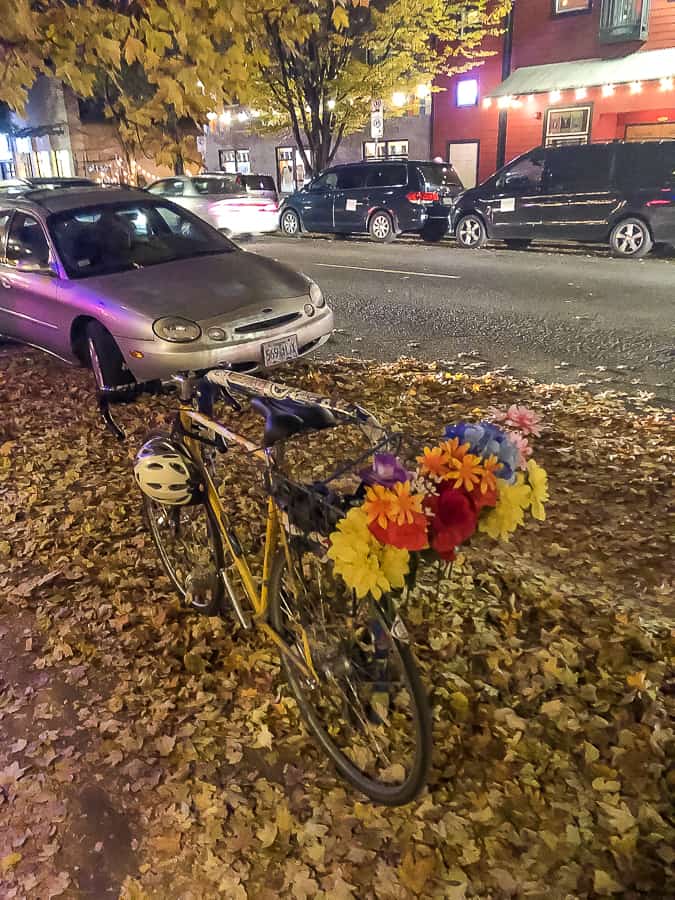 Portland is so weird and fun. And to make the trip even better, I got to spend the night with Troy’s cousin’s family and see my niece and nephew (yes, technically they’re my second (?) cousins, but we go the route where anyone younger than us is a niece or nephew and anyone older is an aunt or uncle. One of my Filipino friends said that makes us all honorary Filipinos.).

After the event, my cousins and I chilled on the couch and watched Dateline together. And then I got home to find a bunch of selfies from their 13-year-old daughter on my phone. Amazing. 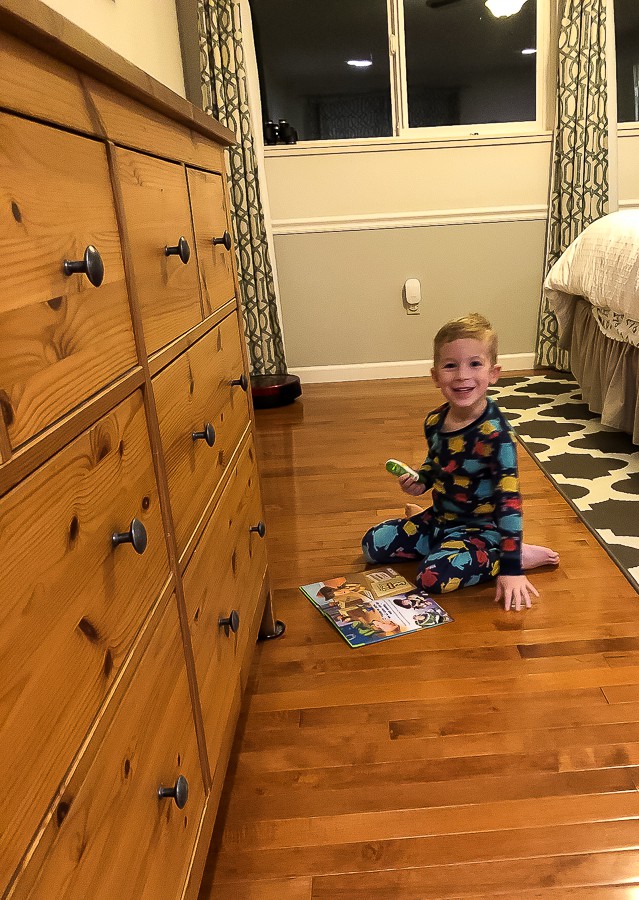 When Jack was little he received a Leap Frog pen and books for his birthday or Christmas. And for a year or so, people gifted him more books that he could read with the little pen. And he loved it!

After he outgrew them, we lent them to a friend with a younger son. We recently got them back and Bennett has been OBSESSED with them, just like his brother was. And of course the bubble wrap they wrapped them in has been played with for two weeks now.

This time around though, we’re a lot smarter as parents (maybe?) and put headphones in the pen. Everyone wins. The first night he got them he was so excited he stayed up waaaaay too late reading and organized them in his room to read as soon as he got up. Yep, that’s my boy! 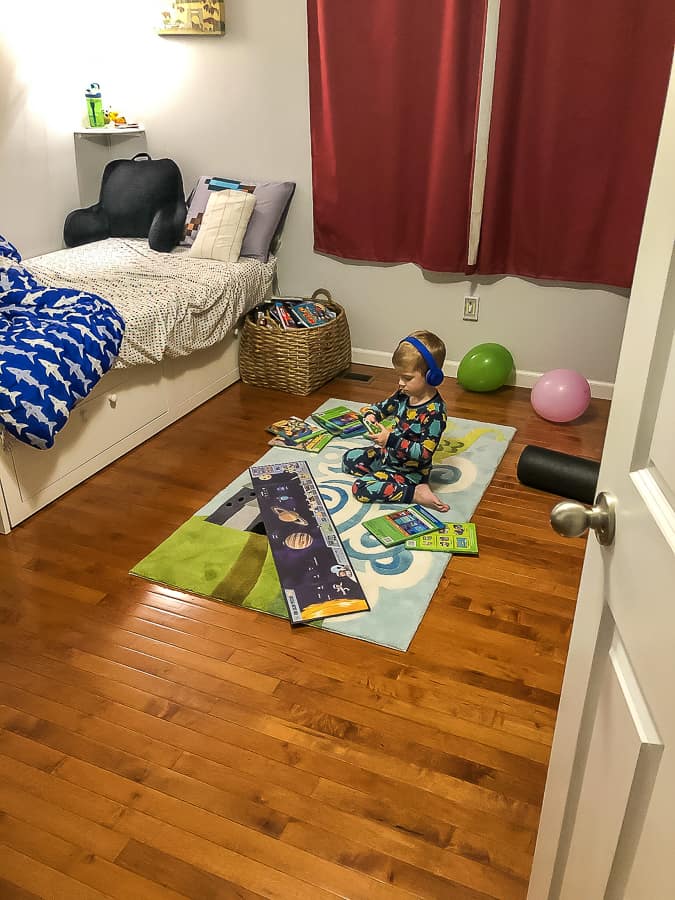 If you have kiddos ages 3-6,these Leap Frog pens are perfect holiday or anytime gifts. Ours is now seven years old and has survived three boys.

The books tend to run $7-15 each, but they can be found secondhand as well. Though, a three-year-old being silent in his room for an hour entertaining himself is worth a full-price ticket. 🙂 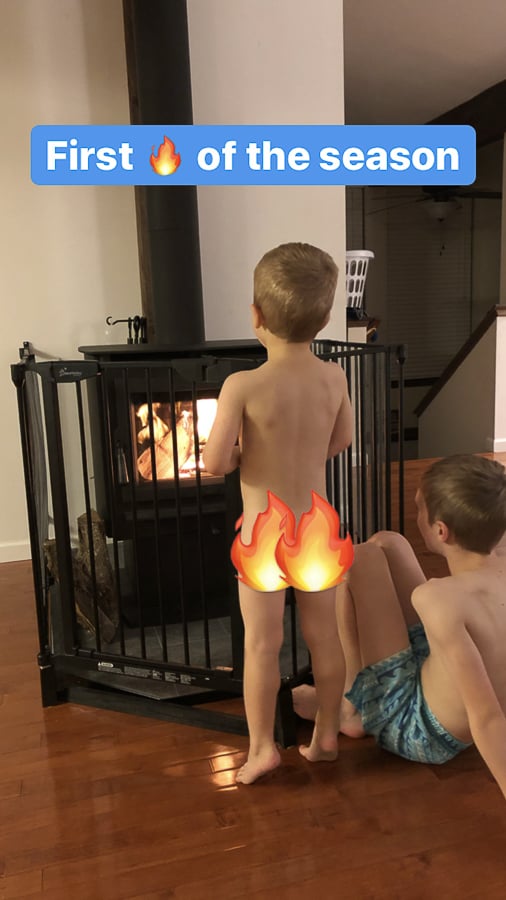 It only took us four (maybe five?) months, but Troy and I finally got through all eight seasons of Game of Thrones. I found the most common things I would throw out during the series was “gross, they didn’t even have toilet paper and you’re doing THAT” and “it’s freezing cold and none of these people are wearing hats”.

Now we’re on the hunt for something new to watch. Any suggestions? 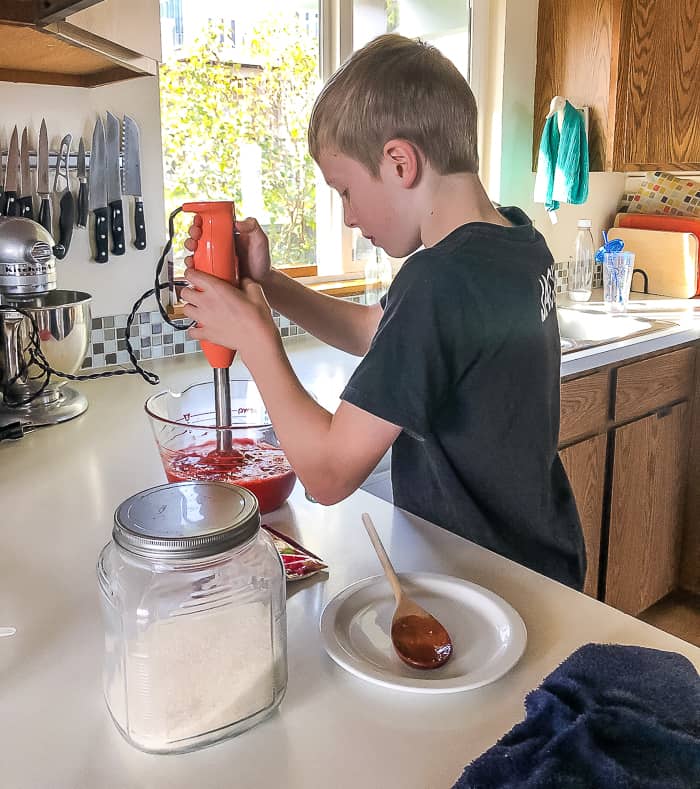 The boys and I made Strawberry Freezer Jam last week with frozen strawberries from our garden (related: Freezing Strawberries and DIY Strawberry Towers). It’s jam so easy a 10 and 3-year old who can’t stop fighting for even 42 seconds can make it. 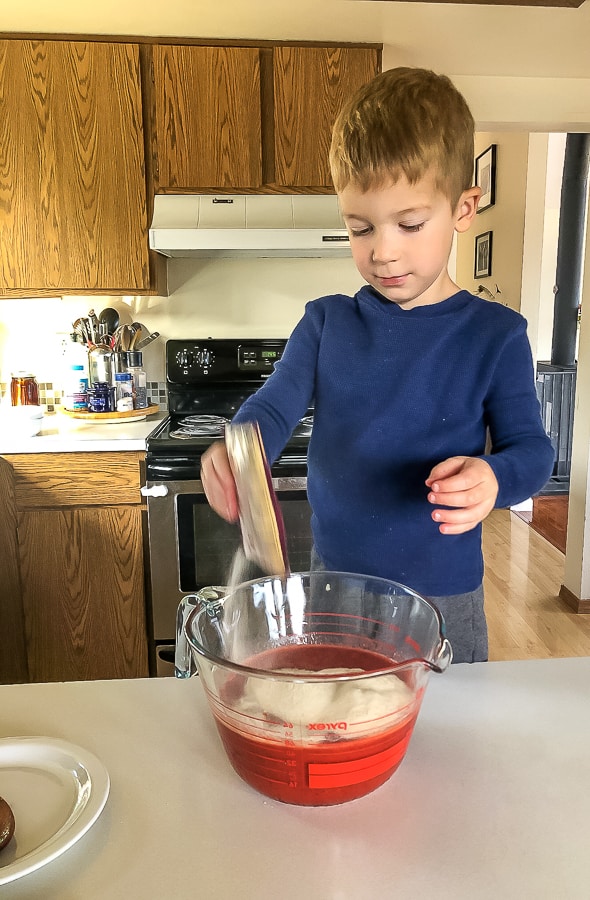 Have you made one of my recipes and loved it? Have you had a chance to leave a review and star rating on it? Those comments with ratings are so valuable to food bloggers as it helps Google recognize it as a quality recipe that it should show to more people. And it’s a totally free way to support food bloggers who literally bleed and sweat to produce free content.

If you have a moment and want to add a review to a recipe of mine that you’ve enjoyed, I’d greatly appreciate it! You can find all the recipes organized in my archives.

I finally finished the audiobook Lethal White this week. And just in the nick of time as it was almost due back to the library. It is the fourth book in the Cormoran Strike series from Robert Galbraith (who is really JK Rowling) and I have read or listened to all them from our library. Apparently it is also a TV series in the UK that I need to try to track down to try to stream.

They’re great mystery/thriller books and I got my dad hooked on them because the hero of the story is an amputee. That’s like Captain America to my dad’s people. 🙂

Kirsten left this five-star review on our Baked Brie in Puff Pastry With Roasted Garlic {Pin this recipe}:

This recipe is such a treat for the mouth. I’ve been known to forego the crackers and just cut this baby up and eat as-is. Sometimes instead of puff pastry, we just use Pillsbury Crescent Rolls. And sometimes, we switch it up, doing sliced apples and brown sugar instead of the roasted garlic. Yummm!! 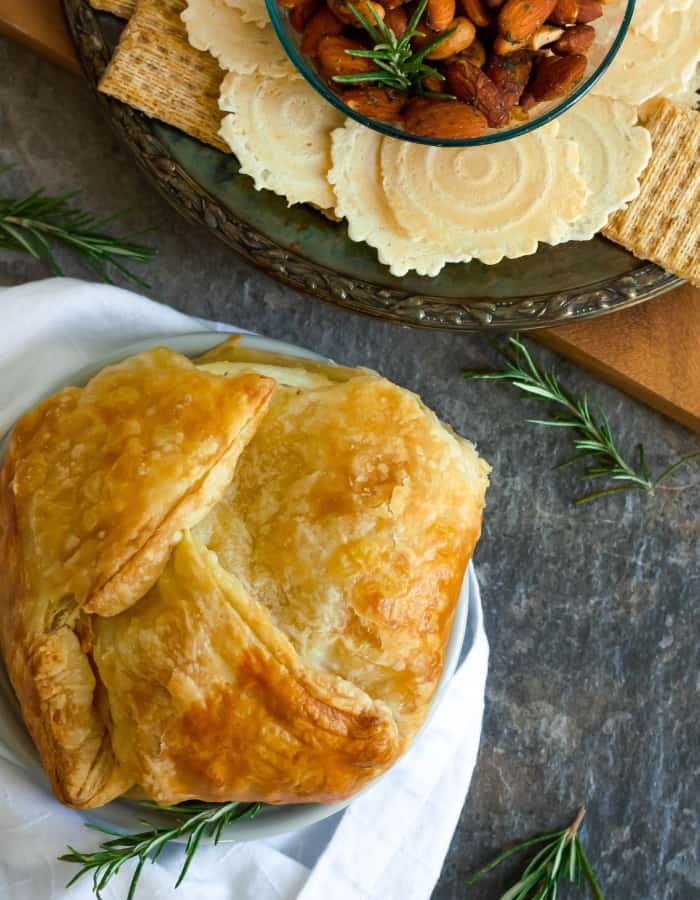 Instant Pot Garlic Parmesan Rice – Garlic Parmesan Rice is a fast weeknight side dish that the whole family will love! Made in the Instant Pot, this garlic rice is great for meal prep and is delicious even after a few days in the fridge. No pressure cooker? You’ll also find stovetop instructions in the recipe. {Pin this recipe} 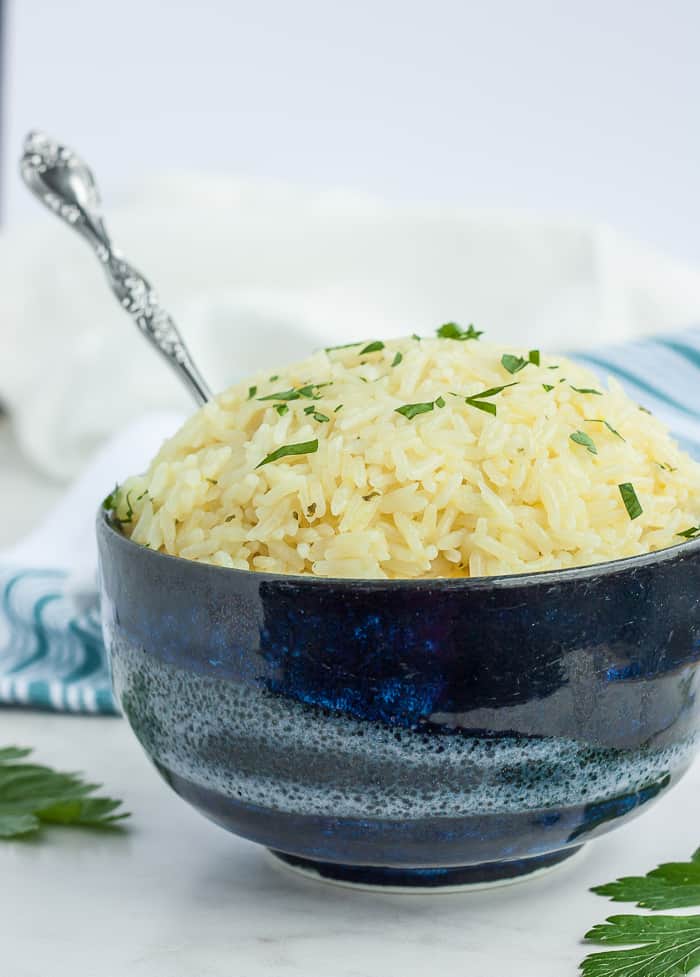 I will say, this recipe took off in some Instant Pot Facebook groups and people made it the same night it was shared. It was awesome to read the comments I got from people about how much their families LOVED this rice! 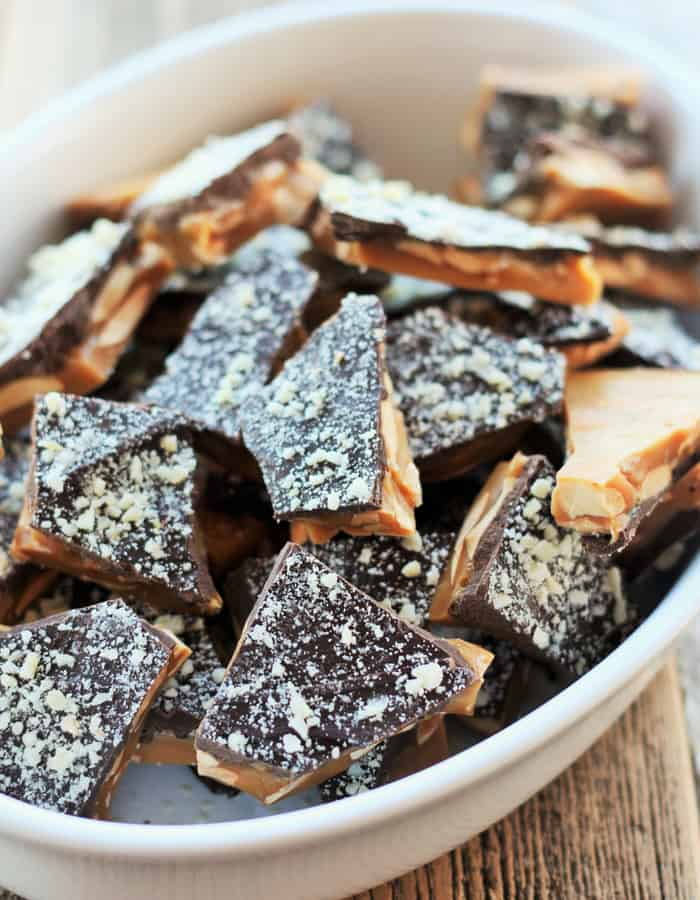 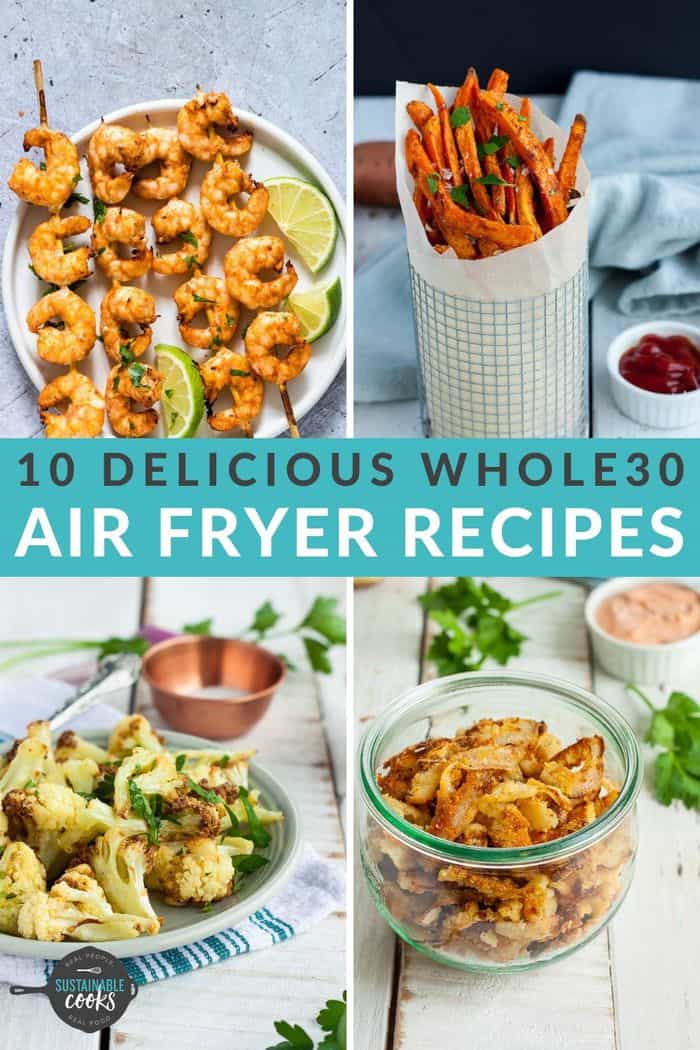 This was the first week in a long time that a canning post wasn’t in the top 1-2 spots! I guess that is to be expected as the last of the garden and seasonal farm harvests are winding down. My How to Can Pumpkin post skyrocketed the day after Halloween. Due to needing super clean practices when it comes to canning, I hope people were NOT canning their jack-o-lanterns.

Monday:: Whole30 Beef Stew and some bread that is crusty AF! We got beef tips in our Butcher Box box this week and I’m assuming I can use it as stew beef. I guess we’ll find out.

Tuesday:: Spinach Ravioli we got from Smith Brother’s (our milkman, aka whom Troy calls Bennett’s dad) and a salad.

Wednesday:: Sheet Pan Pork Fajitas and salad. There were boneless pork chops in our Butcher Box order and this recipe is perfect for those!

Thursday:: Jack has his end of the year soccer party. Pizza that someone else has to cook!

Smith Brother’s Farms: $20.97 (there are multiple containers of ravioli stacked up in there). That Tony’s Cold Brew is so insanely good. We buy it once every three months as a special treat. 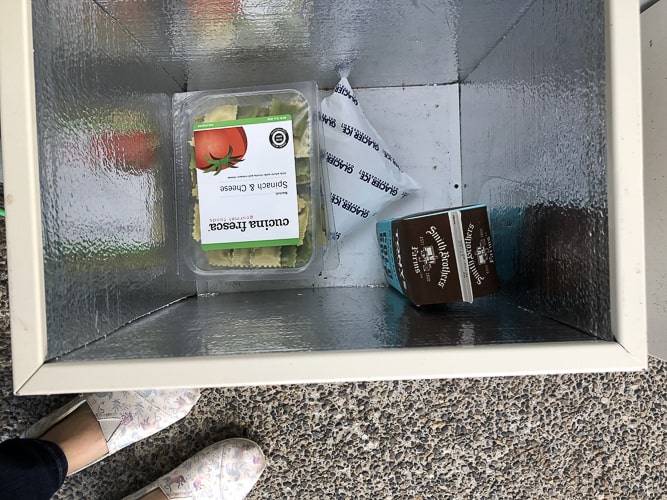 Fred Meyer:: Jack already shredded the receipt so I have no idea how much I spent. Haha, looks like a fun cart this week, huh? Marshmallows and butterscotch were for the Nordy Bars. Theo Chocolates (hollah for an awesome Seattle company) for an upcoming post. 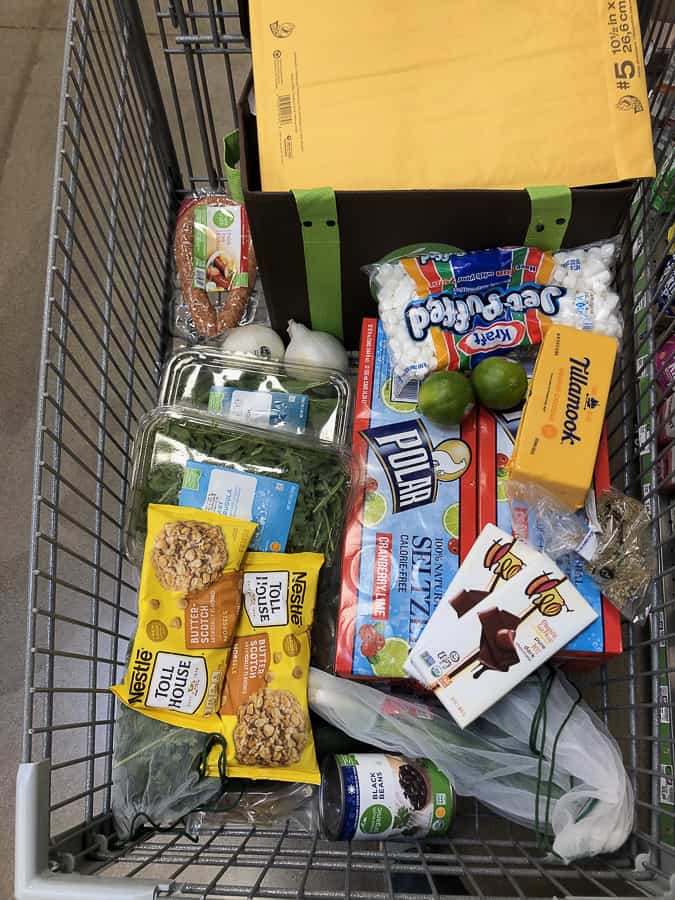