Instagram sent me a memory from this week four years ago. It was this photo of Jack drinking a smoothie and eating what I assume is a bowl of oatmeal. 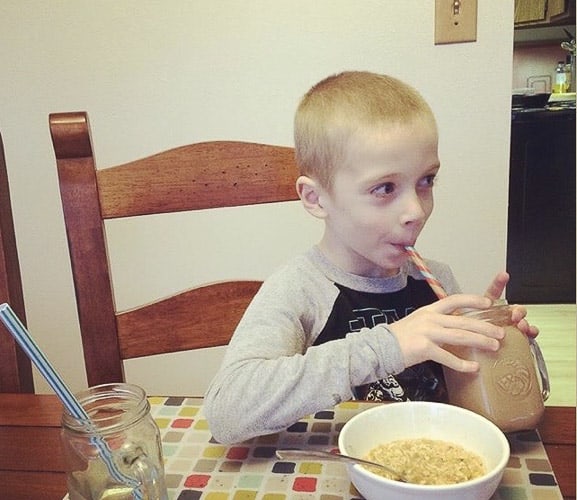 To anyone else, it looks like a photo of a kiddo eating breakfast. But it brings back so many memories of stress, confusion, and allllll the doctor’s appointments.

Around Thanksgiving of 2015, Jack developed inexplainable vomiting, diarrhea, and intense stomach pains. As in he would scream for what seemed like hours and curl himself into a ball. And we couldn’t get it figured out.

Finally, after three weeks, we met a doctor who changed our lives.

I won’t rehash the whole ordeal (but you can read all about it here if you want details), but it turned out Jack had something called intussusception. It’s an intestinal disorder where parts of your intestines telescope into themselves causing extreme pain.

It’s also pretty rare in kids who were Jack’s age and many medical professionals we saw had not seen a case. Which is why it took so freaking long to diagnose.

Looking back, that time of our lives was a blur. My parents were living with us, I was 8 months pregnant, and working towards a project at my (then) job that had us putting in insane hours.

But it also was an opportunity to see who our true “ride or die” community was. It brought us closer and helped us realize what is truly important in our lives. 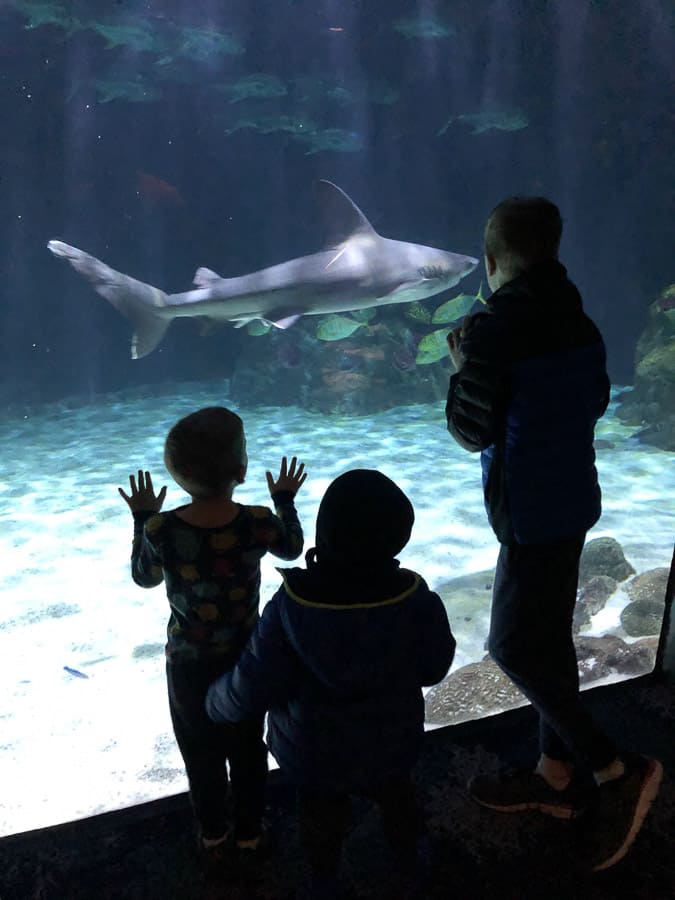 I feel like we weren’t even home this week! Between soccer, student council, zoo lights with our neighbors, and a church council meeting for me, it was all a little bananas. It’s weeks like this where having meal prep done really saved the day.

This coming week will be busy too, but then it will slow down while the kids are on break. I’m looking forward to not having activities every night. I have missed having fires in our woodstove this week! But being married to a firefighter means never having a fire going in the stove when you leave the house. Which I do get. But I’m still cold.

On Wednesday, Jack and I will be making 12 to-go containers of (unbaked) Overnight Cinnamon Rolls for his teacher and office staff at school. I’ll make some for Bennett’s preschool crew too. We did this last year and it was a giant hit. Many of the staff members told us they froze the cinnamon rolls to bake on Christmas morning.

I also tested a few new recipes (SO excited to share them with you soon!) and reshot some photos for old recipes. We ate well, but most importantly, the boys tried some new things and loved them.

There was one recipe I shot while the boys were at school, but Troy was home. I had him hold a spoon for me so I could get certain shots that I couldn’t take on my own. The directions I was giving and the sounds the food was making struck us both as so funny and we couldn’t stop laughing. Thank goodness for auto-focus on my camera. 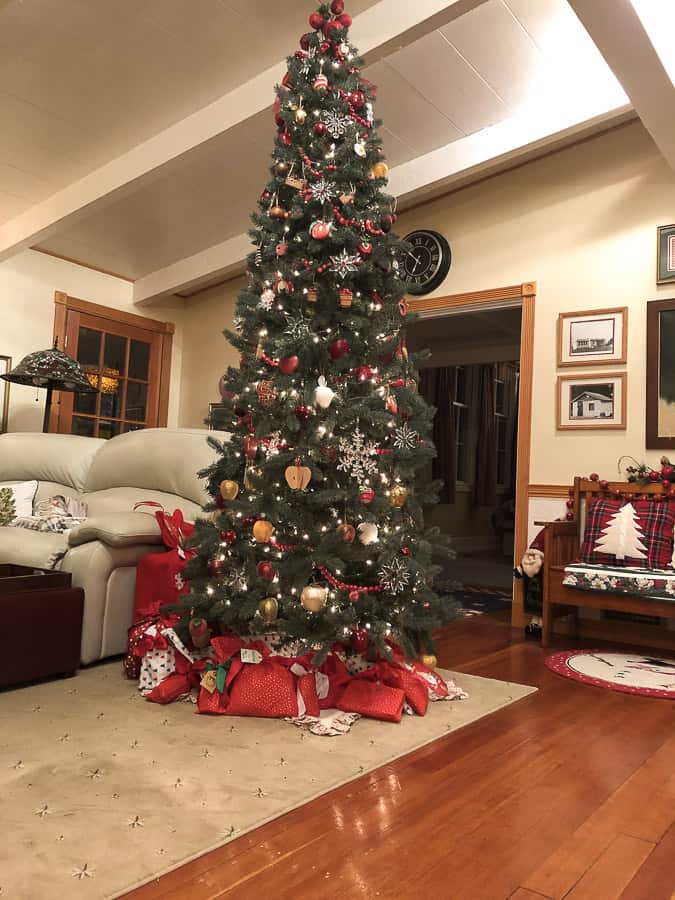 The boys and I were in the car this week and I randomly blurted out “Dad and I decided we’re only giving the two of you books for Christmas this year”. I’m not sure what reaction I was expecting, but they both said “yay, we love books”. Nerds. 🙂

We’re keeping it simple this year and I’m glad my kids both see books as gifts. Plus they’re definitely getting spoiled from other family members so it helps balance it all out.

If you’re looking for some last-minute gifts for the book nerds in your life, check out the Best Graphic Novels for Tweens and Teens, Gift Guide for Book Lovers, and Desert Island Reading List.

We hit up zoolights on Friday this week with our neighbors. When they asked what the boys wanted for Christmas this year, I suggested we do an experience instead. All three of our kids have more than enough in their life. Why add to the collective clutter in the house when we can go out and have fun? 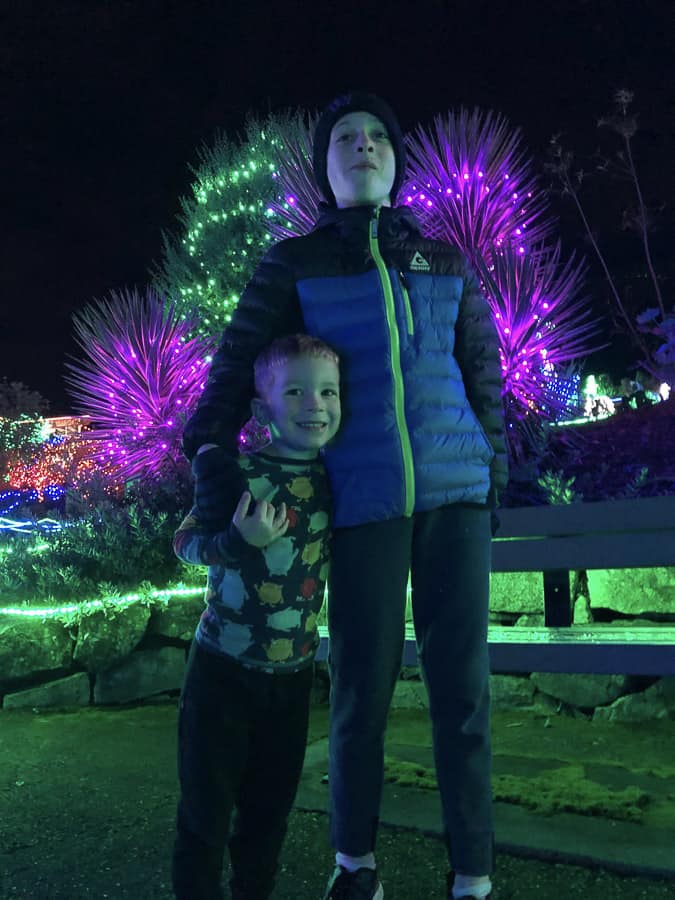 Yes, Bennett dressed himself and is wearing a pajama shirt. Backward.

The Cook Family Christmas Tree hunt was on this weekend! Also known as “the time of year we allow our children to play with saws and power tools”. 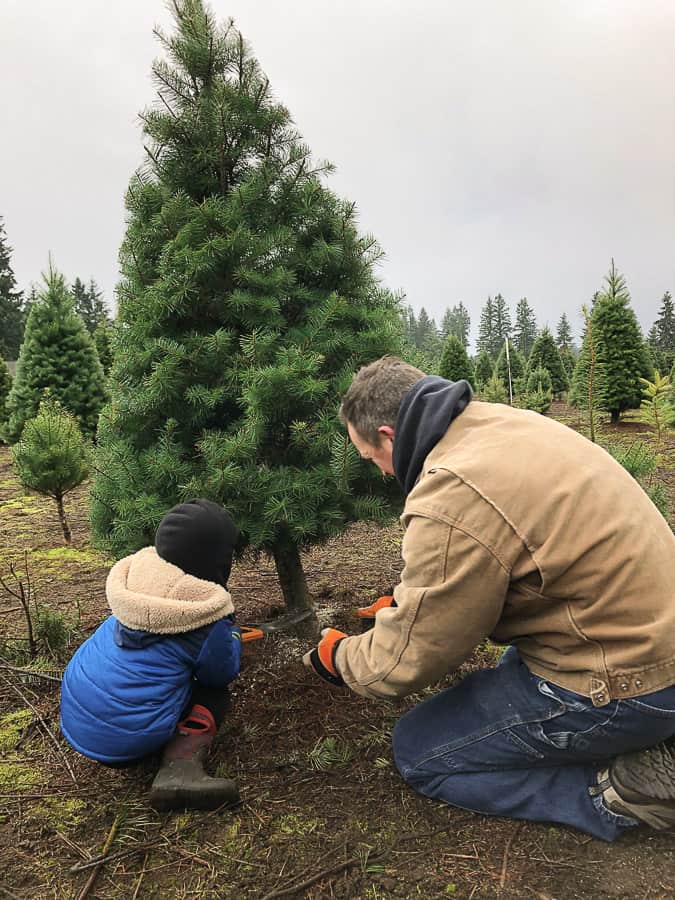 We’re always late in getting our tree for a myriad of reasons. But whatever, it’s up before Christmas and that is what matters. I forced Jack to recreate a picture from seven years ago. Thank goodness he finally grew into his head. 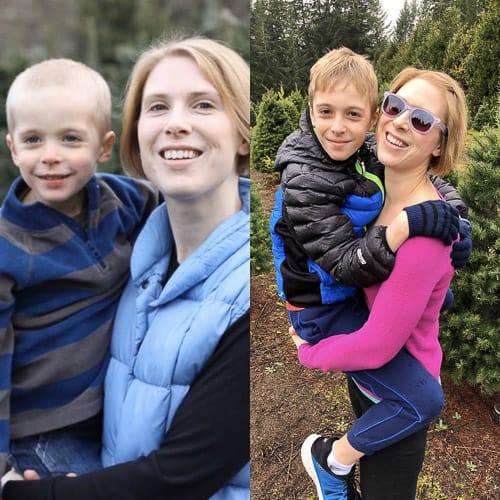 My business bestie Katie talked about this on her blog last week, and I found myself slow clapping while reading it. So, I’m basically going to repeat what she said because I think it’s important for me to say and others to hear.

On November 8th, Google released an algorithm update that has devastated a lot of smaller food and travel blogs. And I got wrapped up in it too. My traffic has dropped 30% since November 8th despite working my butt off for 18 months to grow this site.

The fourth quarter of the year is when most bloggers make the bulk of their income. So basically, many bloggers got a 30% pay cut during the most profitable time of the year. Ouch.

This update seems to have mainly benefited huge sites, but you’ll also find really old blogs that haven’t been updated in years with broken links showing up as the top result. It’s weird and it is crappy for users.

So, my ask for you is to maybe scroll by the big sites like Food Network, Allrecipes, etc., when you’re searching online and throw a click to the little guy who very likely has a way better recipe. It will cost you nothing to do a finger scroll past the huge conglomerates and check out an independently-owned site.

I listened to a bunch of episodes of the podcast 1619 this week. It is very heavy and I have to listen to something with a bit of fluff after each episode. But it’s important to hear and we all need to listen.

“Four hundred years ago, in August 1619, a ship carrying more than 20 enslaved Africans arrived in the English colony of Virginia. No aspect of the country that would be formed here has been untouched by the 250 years of slavery that followed. “1619,” a New York Times audio series hosted by Nikole Hannah-Jones, examines the long shadow of that fateful moment”. (source)

I’ve been following you for a while now, but I made this soup last night and ohmygoodness it was so good I had to break my stalkerish silence and let you know! My husband and I LOVED this as we have so many of your recipes. Thank you for sharing your gifts as a cook. And a writer. You are hilarious and Scattered Sundays is my new jam. ???? 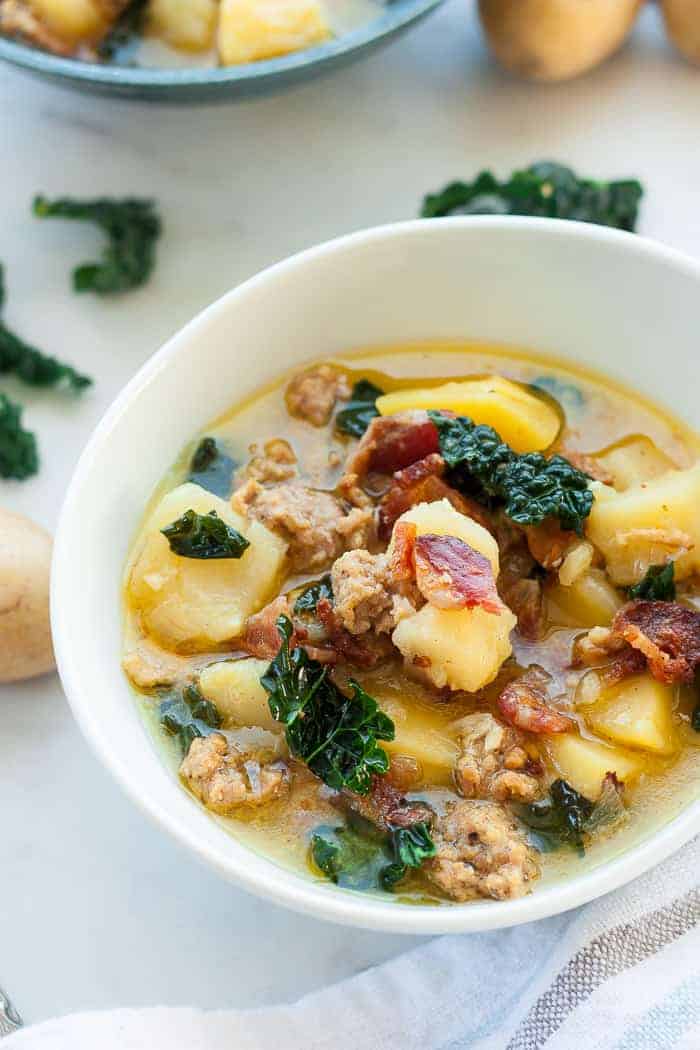 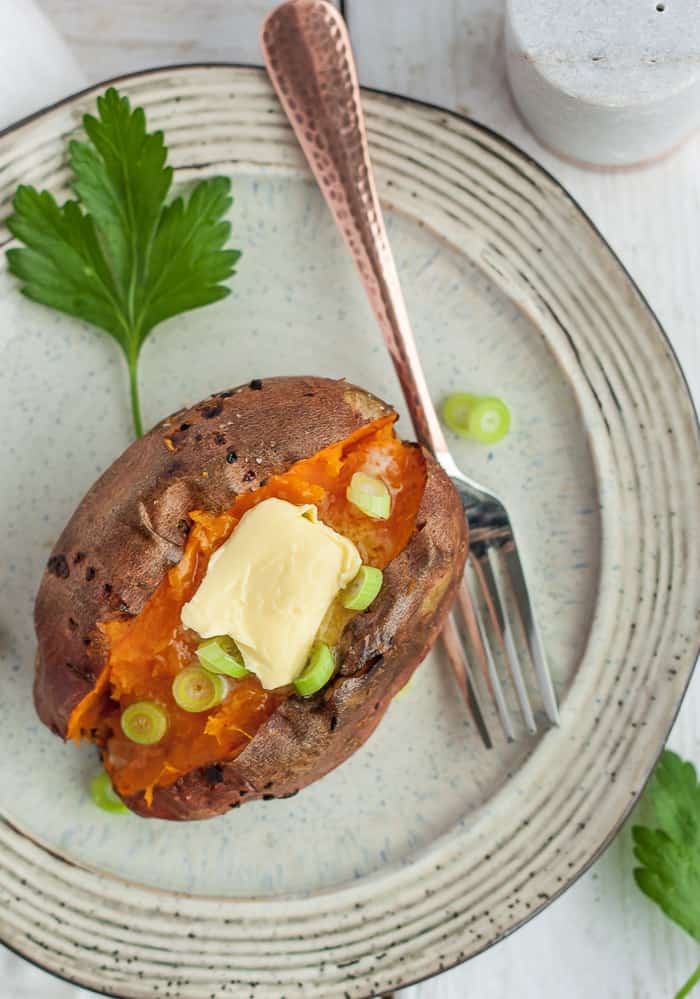 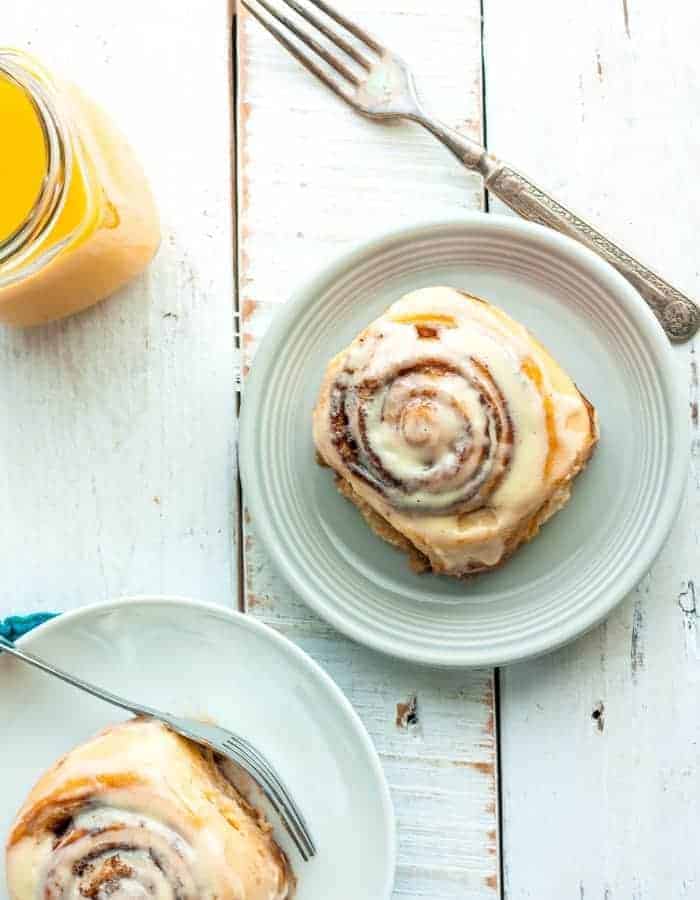 Whole30 Pot Roast – Fall-apart tender, this Whole30 Pot Roast is the ultimate comfort food. You can get an “it cooked all day flavor” in a fraction of the time thanks to using an Instant Pot. But don’t worry, I have slow cooker and oven instructions for you too! {Pin this recipe}

Fun fact about this photo: I was pouring gravy with my left hand and taking photos with my right. I wasn’t paying attention to the amount being poured, and it filled part of the plate, spilled over, and went through the cracks on the wooden surface that I use. I shoot on top of my couch’s footstool in the living room, so I ended up with gravy all over my couch. I was able to wipe it up and you can’t even tell. It’s a 5-year-old Costco couch and man it has held up well. 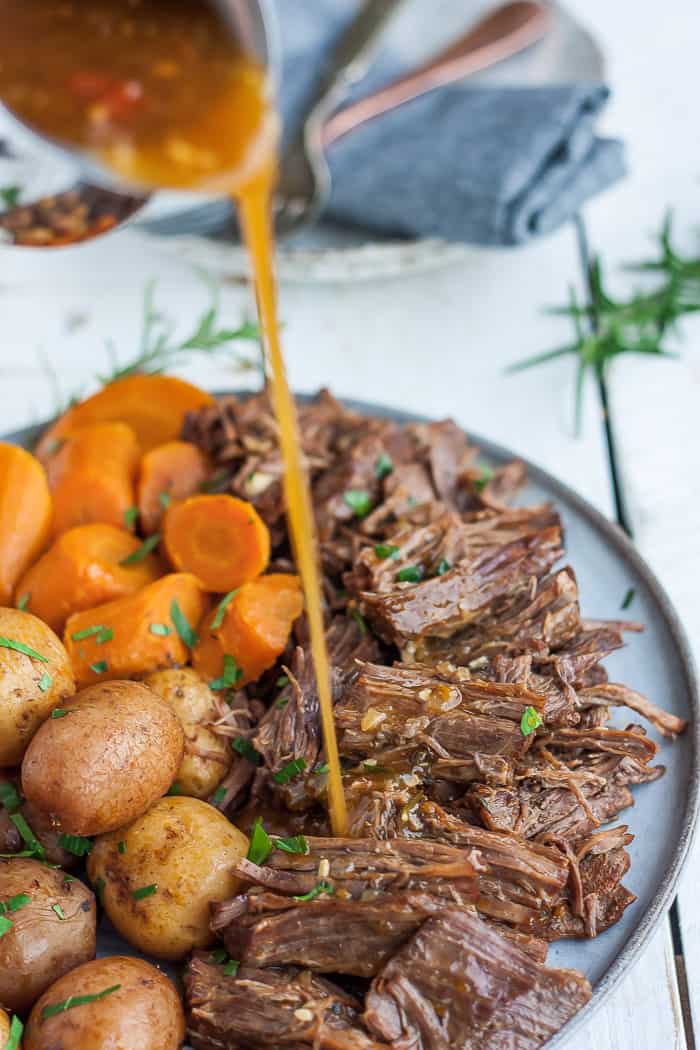 Nordy Bars – A homemade version of the famous Nordy Bars recipe from Nordstrom. This easy magic bar recipe combines chocolate chips, butterscotch, and marshmallows into a delicious cookie bar that is perfect for a crowd. {Pin this recipe} 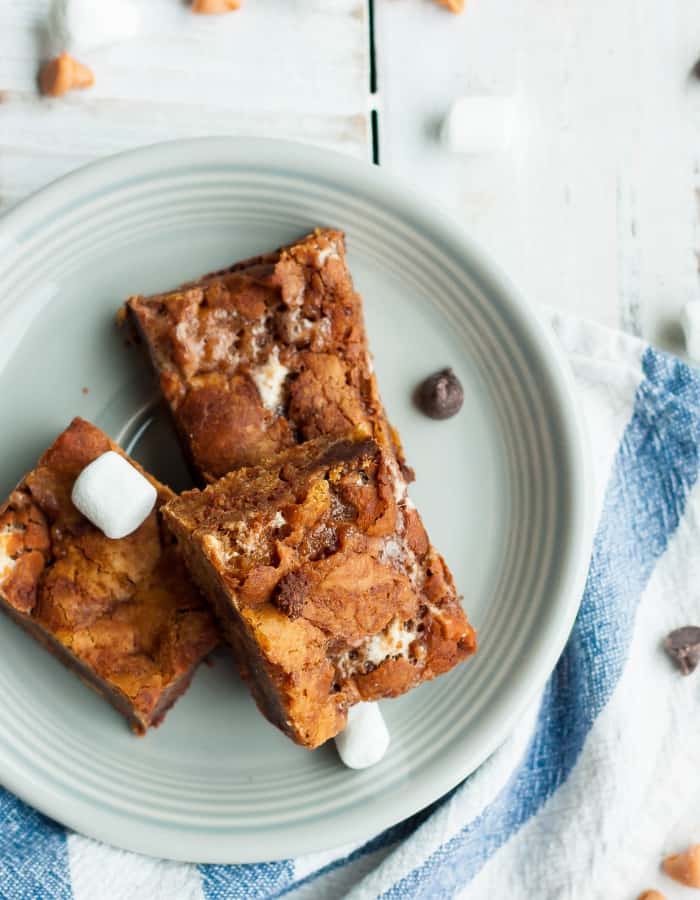 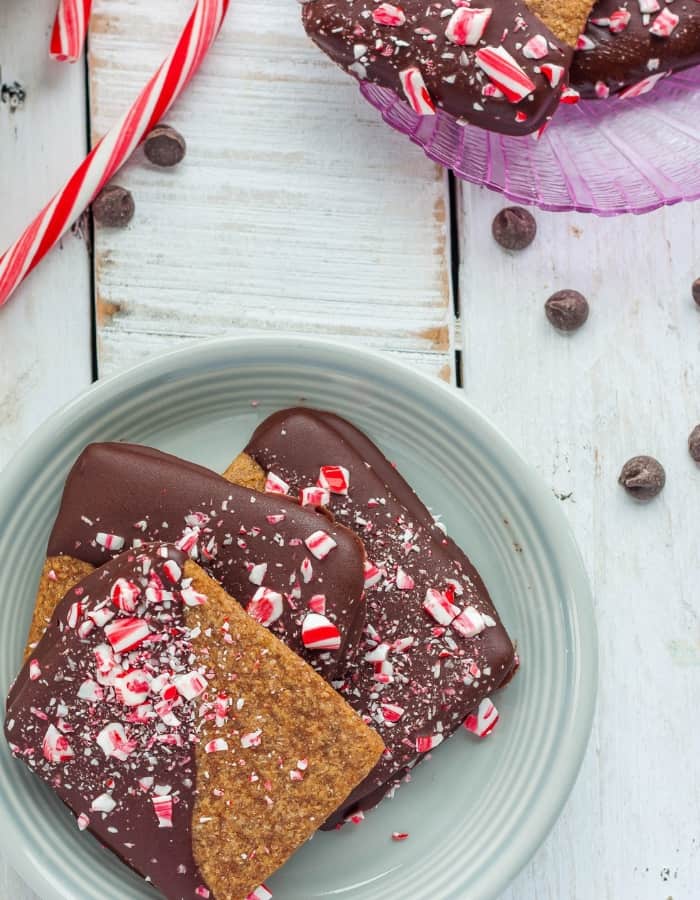 Virgin Mojito was on top again this week and I think we’re all a little sick of it (just kidding, it pays for preschool). So let’s look at the actual top 6!

Monday:: Delayed movie night. It’s the only day of the week we don’t have something happening, and the boys didn’t get movie night last week. Whaa whaa poor spoiled kids.

Wednesday:: New recipe I am photographing

Thursday:: New recipe I am photographing on Wednesday. Hope the kids like reheated food (just kidding, I don’t actually care). 🙂

Friday:: Homemade pizza and then off to soccer.

Saturday:: Leftovers/fridge cleanout. We have a soccer game that night.

Sunday:: My in-laws are keeping the boys overnight and Troy and I are going out and probably seeing a movie (we have 1 free ticket to make it cheaper!). I have heard amazing things about Knives Out. Or we might cheap out and spend $.55 on a Redbox (they always send coupons) and rent Once Upon a Time in Hollywood. 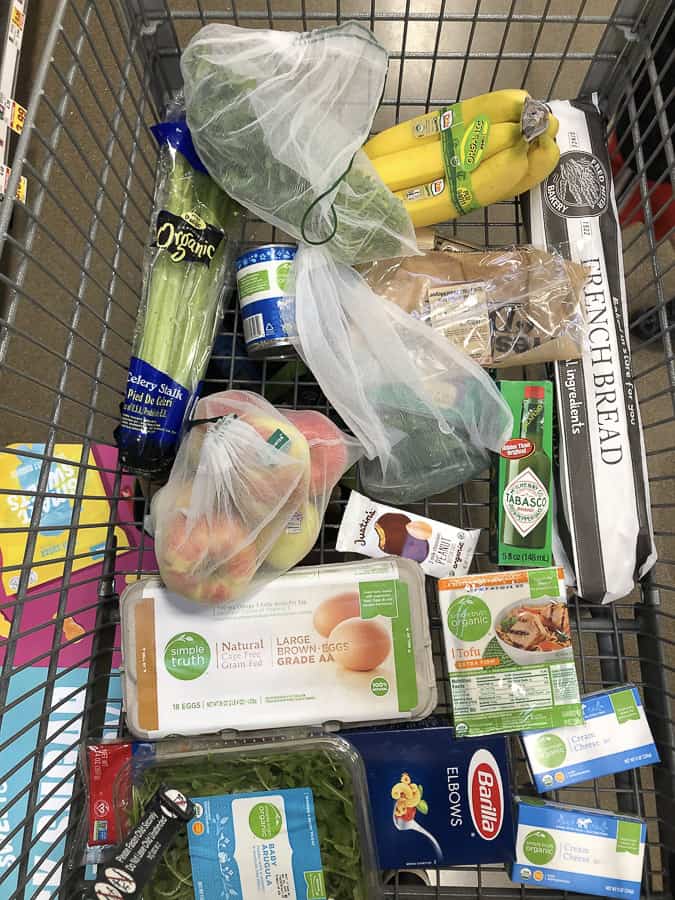 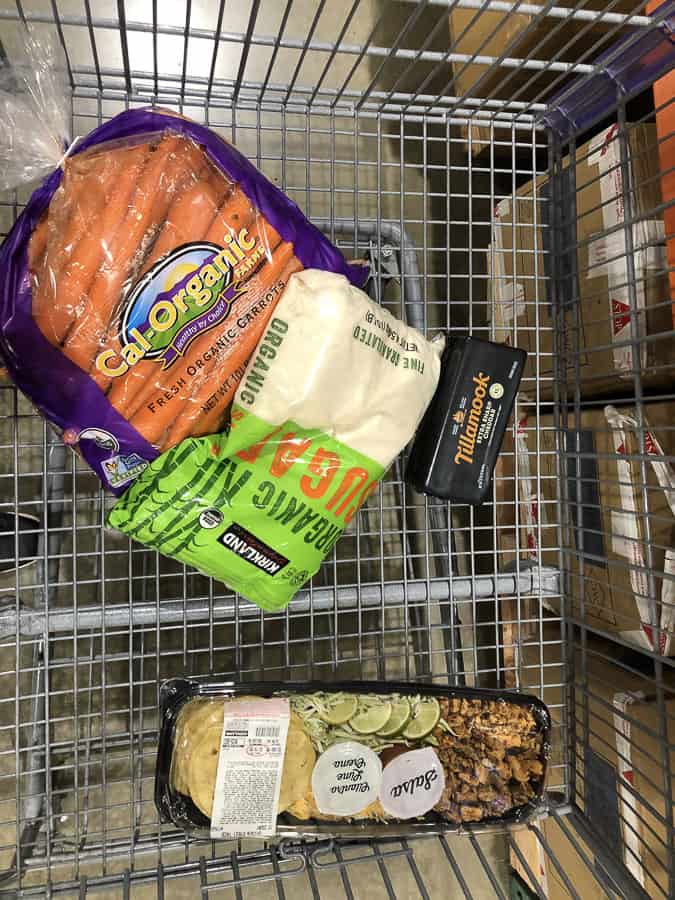