:does the Dance of Joy and the Carlton:

The weather report had been calling for rain all day, but I swear to you it stopped when our first guests showed up and didn’t start again until that evening. It was so warm that we even opened a few windows and the kids played outside. In November! 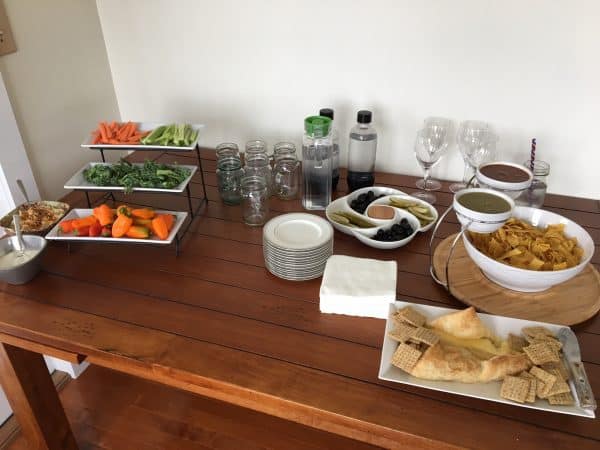 As with previous years, I cooked two turkeys. I chose smaller birds so they take less time to cook. The first year we cooked a turkey I did temp checks all over the bird and it said it was done. And yet when Troy cut it open there was still blood. So we’re a bit gun shy when it comes to making sure that sucker is fully cooked. I used a Very Classic Dry Brine from Bon Appetit in the oven and Tom Colicchio’s Herb Butter Turkey in my mother-in-law’s countertop turkey roaster. 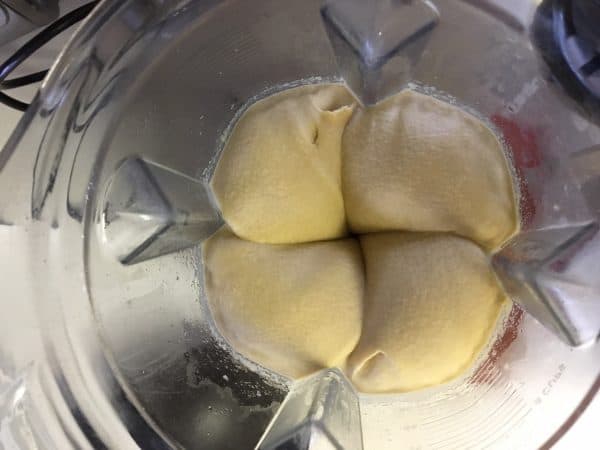 Why does homemade hummus look like a double butt after being blended?

Since we were so skittish about the overall doneness of the bird, we probably let them cook a little too long. The dry brine in the oven was the clear winner in terms of taste and the word that is the opposite of dryness that starts with an “m” and will never be mentioned on this site. It seemed very well seasoned with little effort. I’ve done a wet brine before and it was fine but took so much work and was incredibly messy. This dry brine was easy peasy lemon squeasy. The turkey browned beautifully and didn’t require any basting. However it did take up a big chunk of my fridge for two days, but I guess any turkey would, right? You’re supposed to leave it uncovered, but that isn’t going to happen in this house. The idea of all that potential cross-contamination gives me boob sweat. I did a loose foil tent over it. 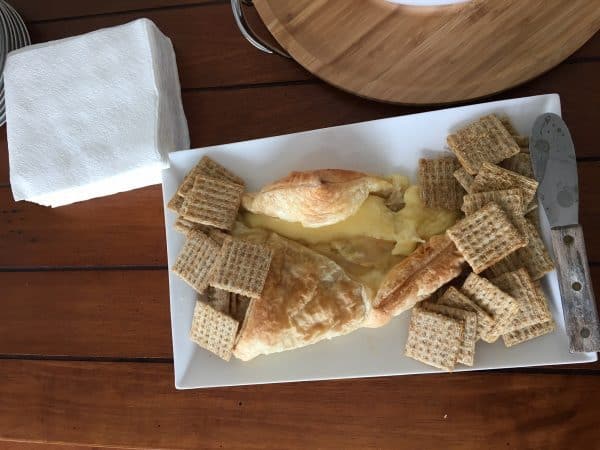 My baked brie had an issue in the oven, so I served it “deconstructed brie in puff pastry”.

I was pretty strategic this year and assigned others everything I didn’t want to make or buy. Below is what I made this year.

What was your favorite dish this year? 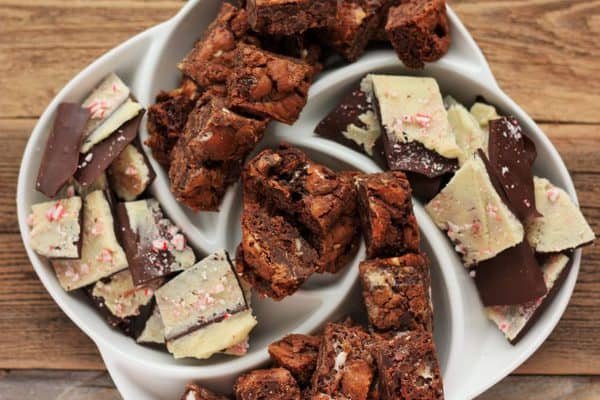 My pressure canner was hard at work on Friday simmering those two turkey carcasses all day. The word carcass makes that whole previous sentence pretty gross, right? Without the dial gauge in the lid, it acts as the world’s biggest stockpot and could accommodate the birds. After all was said and done I netted 13 quarts of canned turkey stock. It was pretty much the most exciting evening in history. 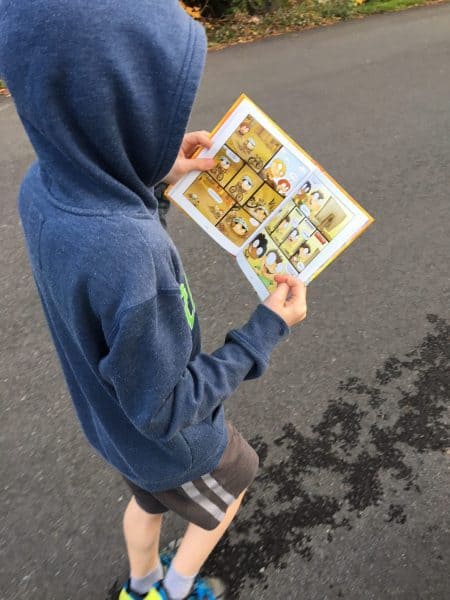 Jack, want to go for a walk? Sure mom.
Nerd.

Hey, so in the next two weeks, I’m going to be publishing a few gift guides. I have done this in one big post over the years, but I feel like the list is overwhelming and hard to navigate. I’ve broken the gifts down into themes to make it easier to see the possibilities. These guides will be posted in addition to a traditional post, so they’re not replacing something else. If you subscribe to get my posts via email, there are a few days you’ll get two posts. All the gift guides will also be saved to my Pinterest boards, so you can follow along there as well.

And just so you know, I have a butt-ton of holiday goodie recipes coming up! One of them resulted in a candy cane-related injury but was oh so worth it. This is your gearing up guide to homemade gifts and treats for anyone on your list. An actual butt-ton. 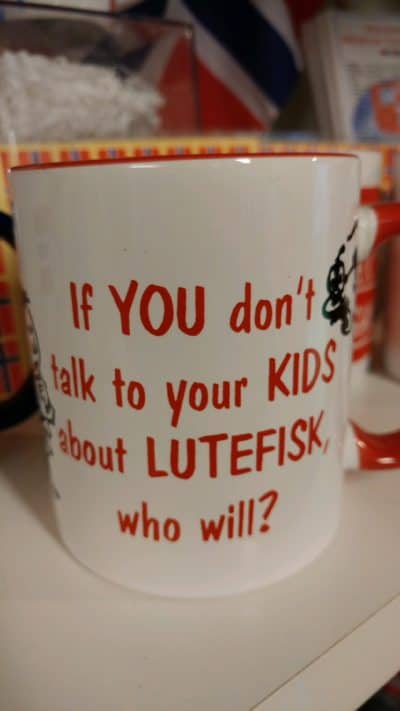 After Bennett’s last fever and cold, his sleep has been crap. Even when he sleeps all night, he seems to call out in his sleep at least once an hour. He has been waking up super early and his naps are terrible as well. The bags under my eyes make me look like Strega Nona. And of course, since he is sleeping like a newborn, he is acting like one too. Our happy and carefree little dude has been replaced by a cranky and whiny punk ass. We’ve taken to calling him “the butthole”. I know it will pass and it isn’t forever, blah, blah, blah, but man oh man we’re ready for normal Bennett to come back. If you see him, please send him our way.

So you all know how I call Troy Captain Safetypants and how he worries about everything? Well, on Friday I cleaned out our china cabinet/food photography prop shelf/office supply catchall space. It had been getting crowded and looked super junky. As I was pulling things out, I found this: 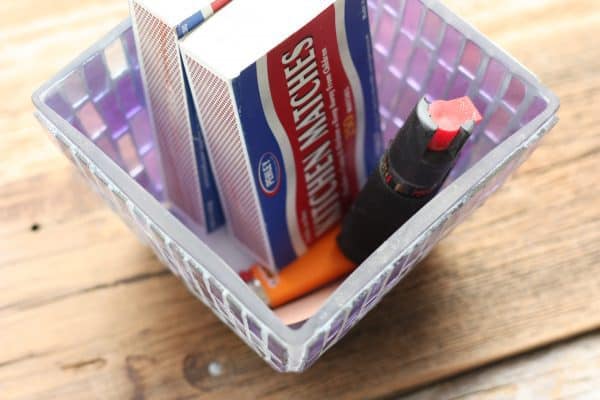 Two boxes of matches, a lighter, and pepper spray. All at little kid eye level and accessible if Bennett really looked hard enough. For reals, did we not also want to store some fireworks and brass knuckles in there? Maybe some pills without a childproof lid?  🙂 Troy had no idea it was in there, and I don’t remember putting it in there, but I laughed so hard when I found it.

Thanksgiving destroyed my grocery budget for this two week period, but that is ok. We have loads of food in the fridge, freezer, and pantry. Getting creative this week to reduce my spend and still have tasty food. I also have a Thanksgiving leftovers-based dinner recipe coming your way early this week. 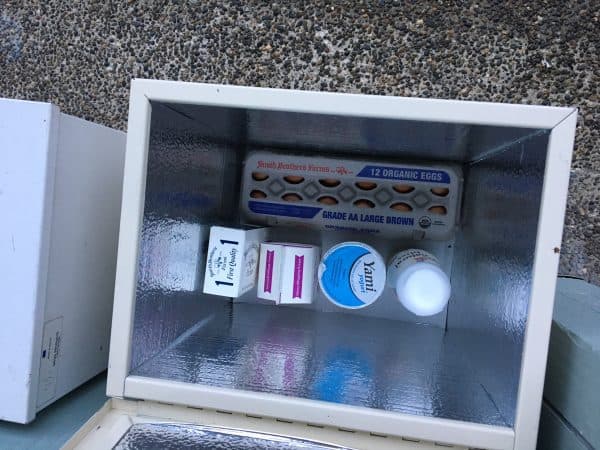 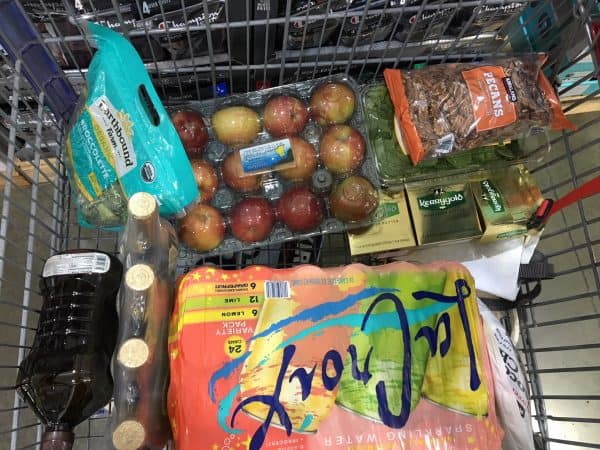 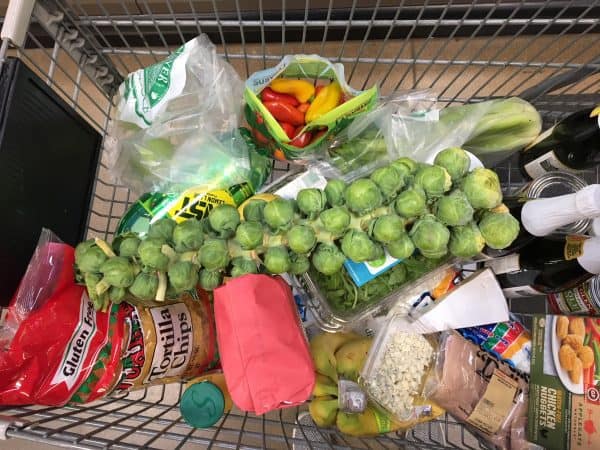 Local butcher: $86 – two turkeys and a turkey breast for my dad to smoke.