Want to hear the best idea ever? Of course, you do!

Take four people. One who is a grown adult and hates being in the car. One is an eight-year-old who never stops talking. Ever. Never. Stops. The other is a toddler who is two hours past their naptime. And the fourth person is me. The driver. Put all of these people in a car, point that car to a two-lane highway, add thousands and thousands of extra cars, and a Kindle Fire with all the kids movies accidentally deleted. What do you get? An almost five hour trip to the ocean when it should have only taken three. 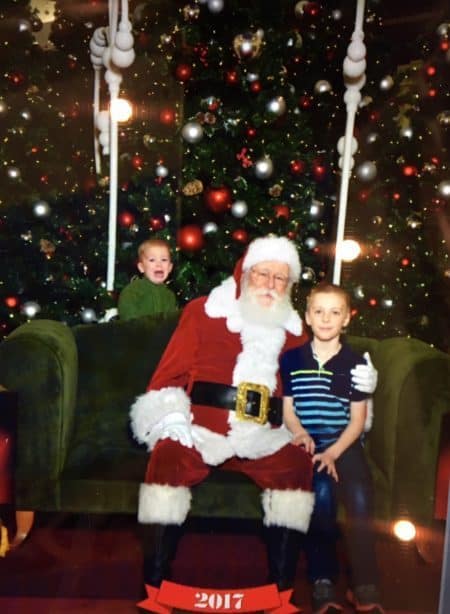 I’m sure most of you have heard about the Amtrak accident that happened in Washington. I appreciate all the emails, messages, and Instagram direct messages asking if our family was impacted. We didn’t know anyone on the train, but Troy being in the line of work he is, these sorts of calls are ones we dread. It is awful for anyone involved, injured, or any family who lost a loved one. Let us all be thankful for our health and for the first responders who are willing put themselves in danger for our safety.

Due to the accident, the southbound lanes of I-5 were closed for days. Anyone needing to travel between Seattle and Olympia was diverted to a two-lane highway. I-5 is three to four lanes each way, and that meant so many extra cars on this tiny little road. It took us way too long to get to Ocean Shores, but we all survived. The plan had been to get to my in-law’s house and grill for dinner. By the time our sore asses finally pulled into town, it was past dinner time and 75% of us were approaching the intersection of hangry and stabby.

We ate dinner at Bennett’s Fish Shack and I had the best veggie burger (with bacon) that I have ever had. It was stuffed full of chilis and pico and topped with pepperjack cheese and avocado. Oh, Mylanta it was divine. I will, however, say they need to amend their misguided policy of not giving a free kid’s meal to any child named Bennett. Pfft. 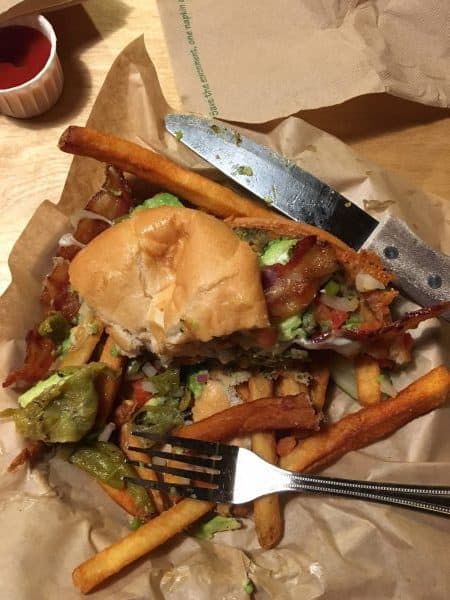 The rest of the trip was as chill as traveling with two kids can be. I hopped over to a coffee shop in Oyehut Bay and was able to steal wi-fi from them and pop onto my blog for a few minutes. And to download some movies to the Kindle. We’re not going back home without back up electronics. No sir. 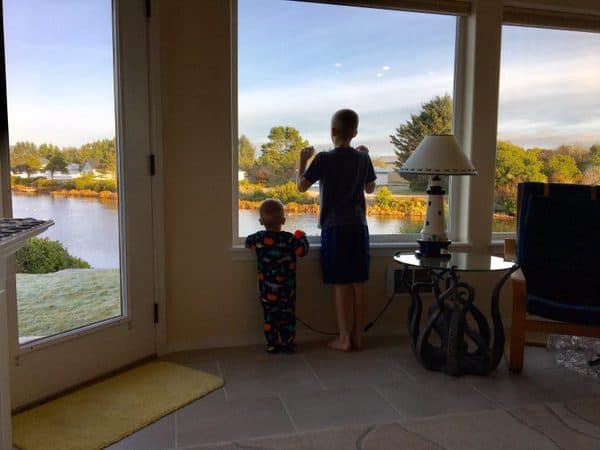 While I was at the coffee shop, I also got to see the layout template for my new blog redesign (coming your way in late-January!) and I was so excited and inspired to see what the design team has come up with. I think you’re going to love it. Many thanks to the kind owner of Rip Tide Coffee Company for letting me squat there for an hour. And for making one mean decaf vanilla latte.

We hit up Ocean Shores Soapworks to get a thank you for our chicken-sitters. After Jack and I sniffed every single bar of soap they had, we ended up buying the orange cranberry. Delicious. And then, of course, we went across the street to Buddy & Howie’s Old Fashioned Sweet Shoppe which is my favorite place to buy saltwater taffy. I adore salt water taffy but am very particular about flavor and texture. This place meets with my approval. I have a legit taffy problem.

Much of the trip involved a giant epic fort that Troy built for the boys. 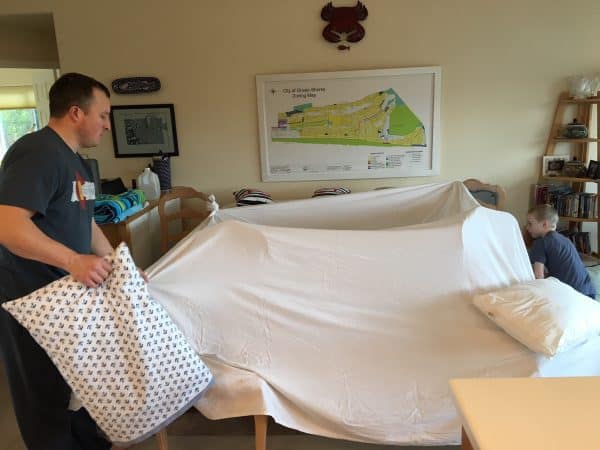 I’m someone who cleans up during nap time and at bedtime because I like things to be neat and tidy. You couldn’t make this fort neat and tidy because it was giant. 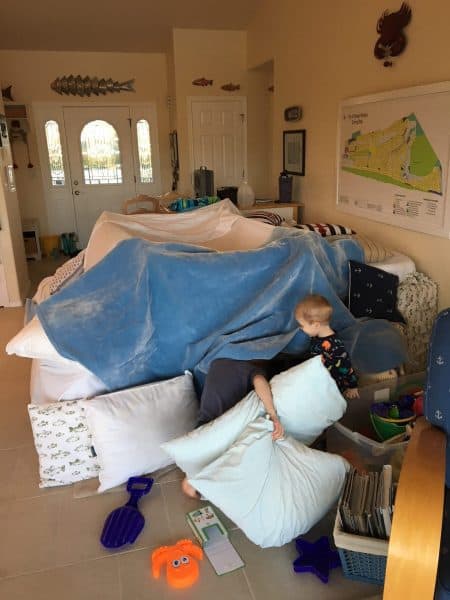 I actually was in there for about 20 minutes reading books with Bennett, and I have to say, it was a badass fort. 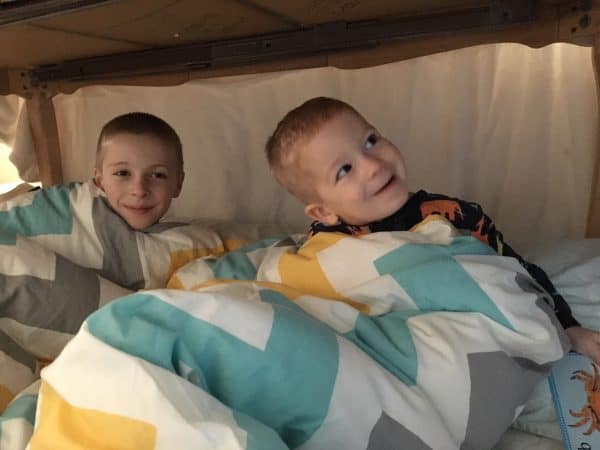 And of course, the famed deer of Ocean Shores came to visit. They are everywhere and with no natural predators, they will always be everywhere. 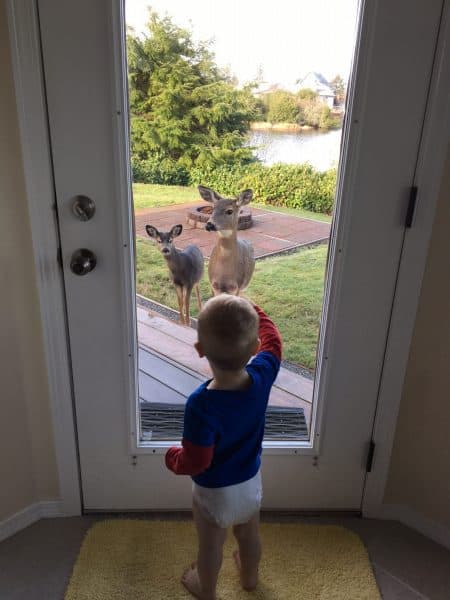 On our second to last day at the ocean, Troy’s mom called to let us know that his aunt was sick with the flu. His aunt hosts Christmas and goes all out. She starts getting ready on January 1st for the next Christmas. It would be like making it to the Super Bowl and then pulling a hammy during the national anthem.

We are having Christmas Eve as planned with my in-law’s, and the day after Christmas with my side of the family. Not having dinner or family time on Christmas is disappointing, but not the end of the world. Old me would still be panicking and trying to order a last-minute ham from our local butcher. I’d be making lists and scrambling to make a full Christmas dinner for us. 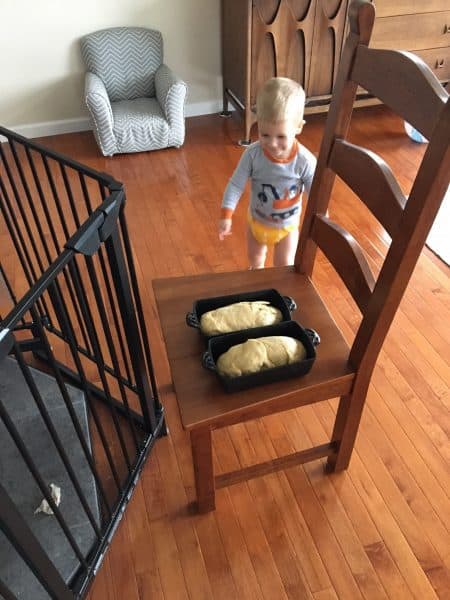 But old me went through some experiences in 2017. New me learned to not judge people who sweat the small stuff, but maybe to not do that to myself as much as I used to. I learned that life isn’t always about making sure things are perfect; sometimes good enough is just as important. After this year, I feel like I’ve seen a million faces. And I’ve rocked them all.

So, new me said “let’s get a bunch of appetizers, make some popcorn, a pot of soup, and a butt ton of fudge and have an epic movie night”. And that is what we’re doing. Troy’s sister, her husband, and her mother-in-law are coming over and we’re going to just snack, laugh, and watch movies. And eat an ungodly amount of fudge. A level of fudge consumption that the CDC would question and advise against.

If it were just us, I would vote we watch Scrooged. Or Die Hard, because those are two Christmas classics. But since kids are involved, I’m guessing Elf will make an appearance. Any suggestions for other movies? They don’t have to be Christmas related, but something that appeals to kids and adults. Hmmm, Troy and I have been talking about introducing Jack to The Princess Bride soon. Or Back to the Future. Perhaps. 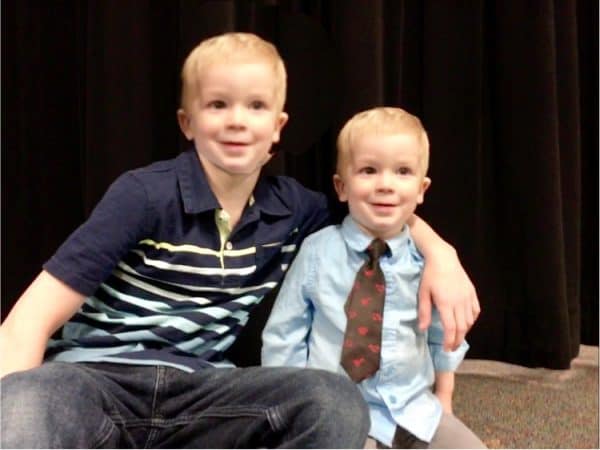 10 Minute S’Mores Bark – my father-in-law tried some of this last week and declared it dangerous. I have enjoyed it more and more the longer it sits. As the graham crackers soften a bit, the texture improves and it gets tastier. 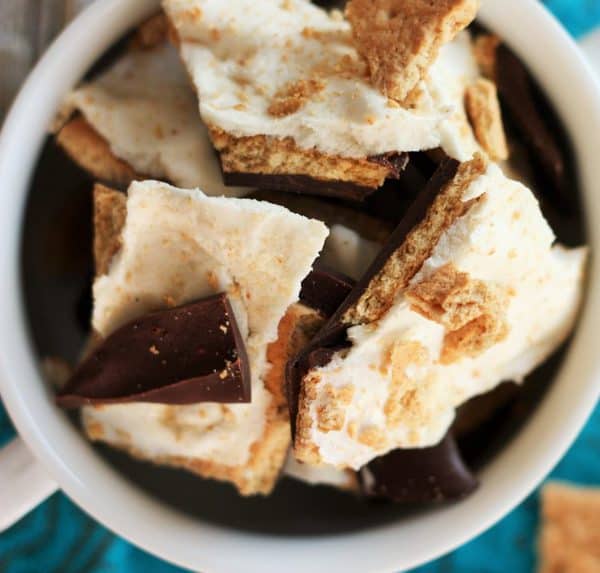 Aunt Barbara’s Old-Fashioned Fudge – I am on batch number three of this fudge. Almost all of it has been given away. Don’t tell Troy’s grandma, but Troy said it was better than hers. Creamier and not as achingly sweet. For years, each grandkid got an entire 9×13 pan of fudge for Christmas, so this man knows fudge. 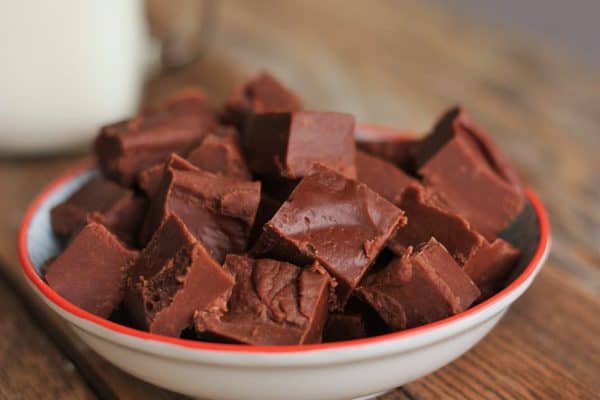 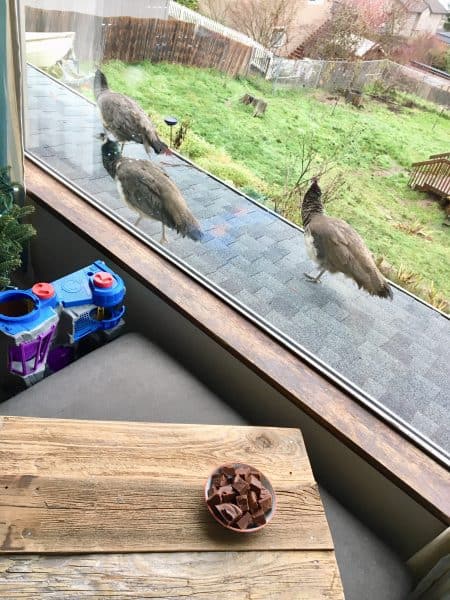 Peacock photobomb while taking pictures of fudge. The Batcave is non-plussed.

Soft Whole Wheat Sugar Cookies – if you missed this post, go back and read it before you ever roll out cold sugar cookie dough again. I discovered a new way to hack this dreaded task, and it will change your life. 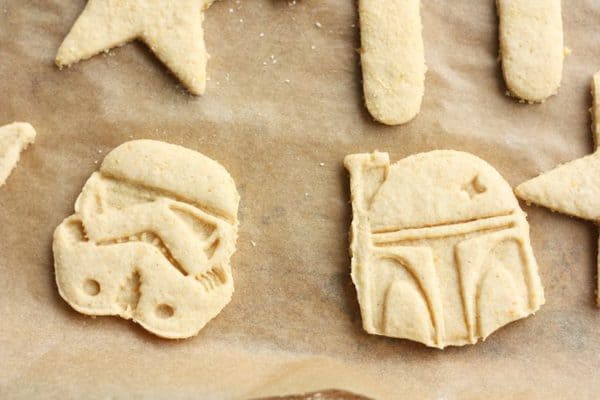 Instant Pot Lentil Soup (or Slow Cooker) – After S’mores Bark, Fudge, and sugar cookies, I needed a reset in my eating and this Lentil Soup was exactly what the doctor ordered. It’s packed full of veggies, has crazy mad flavor and cooks in the Instant Pot in only 12 minutes. I included slow cooker and stove top directions as well if Santa isn’t nice enough to bring you an Instant Pot. 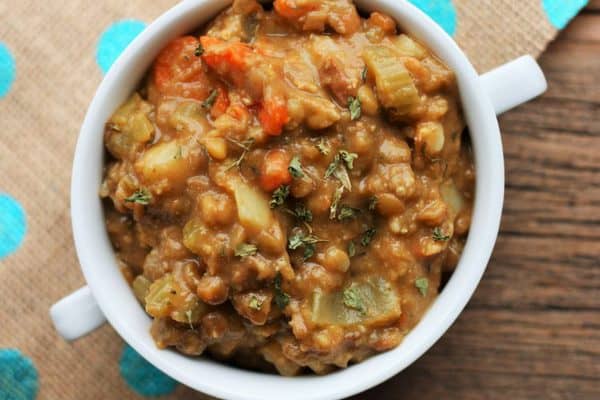 Monday:: Christmas movie and popcorn night. It’s what all the cool people are doing.

Tuesday:: Christmas with my side of the family.

Wednesday:: Drunken Noodles (with leftover pork from the freezer).

Thursday:: Tortellini or ravioli with roasted broccoli on the side. 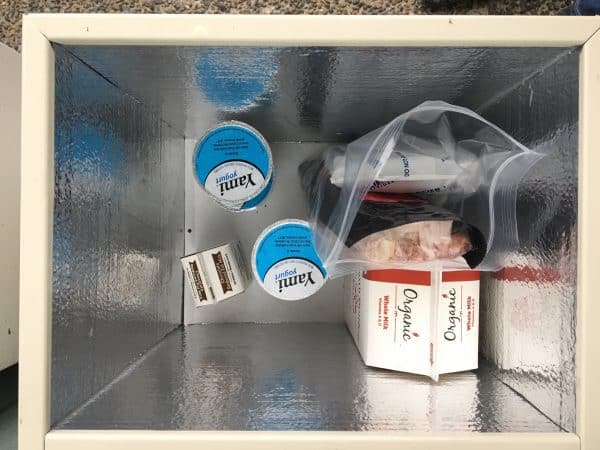 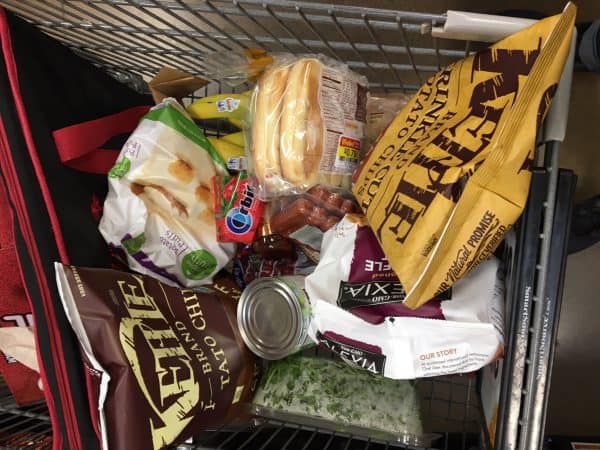 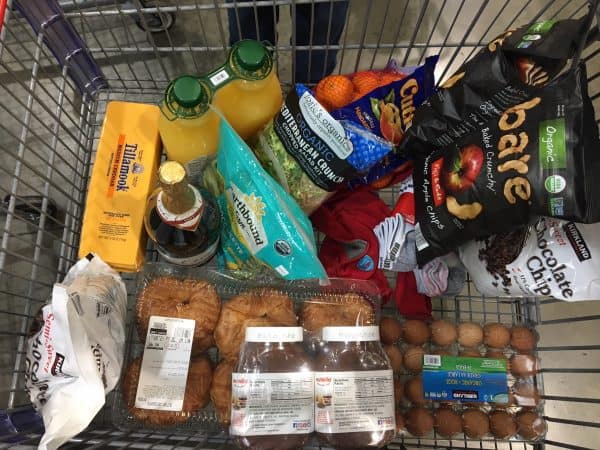 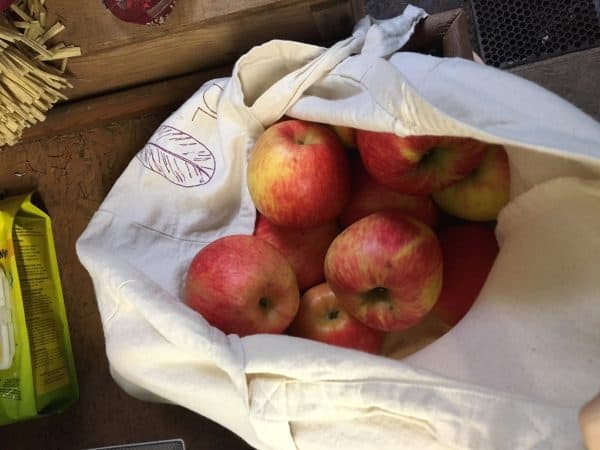 What are you having this week? What are your Christmas plans? What movies should we watch on Christmas?