You know who I kinda feel sorry for? The dumbest person admitted to Mensa. I mean, you’re super smart and you’ve been smart your entire life. Knowledge comes easily to you. But what if you were suddenly in a position where everyone around you was smarter than you? Because you know, you were the dumbest person to be accepted by Mensa.

As almost everyone knows (because I keep talking about it!), at the end of this month I’ll have a brand spanking new website. New name, new URL, new everything. But everything on this site will be redirected to the new site, so you don’t have to do anything special to find me.

For all of you lovely people who have already signed up to receive my posts via email, it just so happens that I was able to figure out how to transfer you all to my new email/list (MailChimp). There should be no disruption to getting my posts in your inbox. If you change your mind and no longer want to subscribe to the posts, simply click the unsubscribe button when you get that first email. Thank you so very much for your patience in this process!

Last Sunday afternoon I hosted a baby shower for my cousin. Late Saturday I realized that I hadn’t even thought about games or decorations. Whoops.

I tend to have a one-track mind when it comes to parties and that track tends to be food-related. I rushed to the store and got a few little decorative things, but in the end, I decided our pretty view of the Puget Sound would be the main attraction. And after consultation with my party-planning team (a group text with some friends that is almost four years old now), I decided no games would be fine. I cannot stand baby shower games, and it seemed to be a general consensus that everyone else felt the same.

The food. Oh yes, the food. The focus of the event. I mean, my pregnant cousin is really the focus of the event, but the food was my domain. After collecting recipes and identifying things I wanted to make, I settled on a “Neuvo Asian Real Food” theme. The plan was from scratch appetizers and dishes with Asian flavors incorporated into everyday bites that people would love. 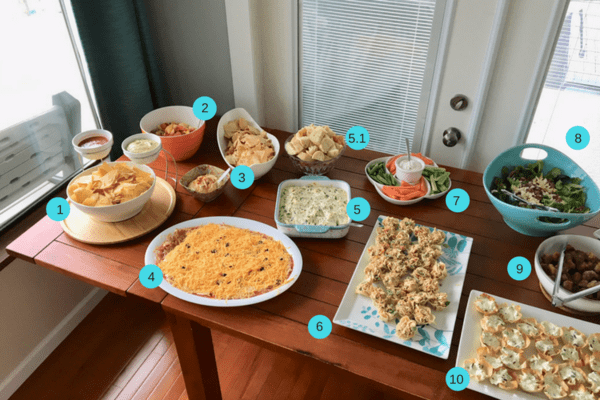 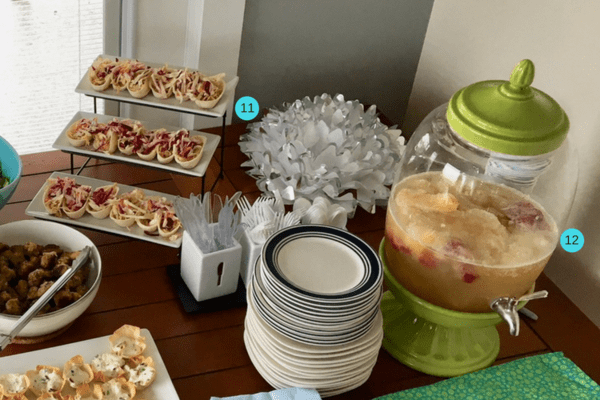 People showed up super early while I was still putting everything together, so I didn’t get detailed photos of individual dishes. See the one decoration I set out back there behind the punch? 🙂

My sister and I have a party supply rental loop. We each own certain items for hosting events and share them with the other. It cuts down on storage and means you get access to things you love and know how to use. That drink dispenser is hers, as is the adorable utensil holder. That stack of plates next to it belongs to me. I bought them at Goodwill over six years ago and they live in the garage as “the party plates”. The plates are the perfect size for cake or appetizers and help cut down on disposable items.

Jack had two teeth removed on Tuesday. He was pretty anxious leading up to it, most concerned with the shots in his mouth. He did very well, and even helped pull out his second tooth. The dentist let Jack put his hand over hers and yank that sucker out.

He milked it a bit for the rest of the day and got froyo and some popsicles. Round two is later this month when another two will get pulled. And then another two tusks in February. Finally giving that kid’s snaggly smile some breathing room. And maybe, just maybe, that extra tooth he has living under his tongue will come forward a little. 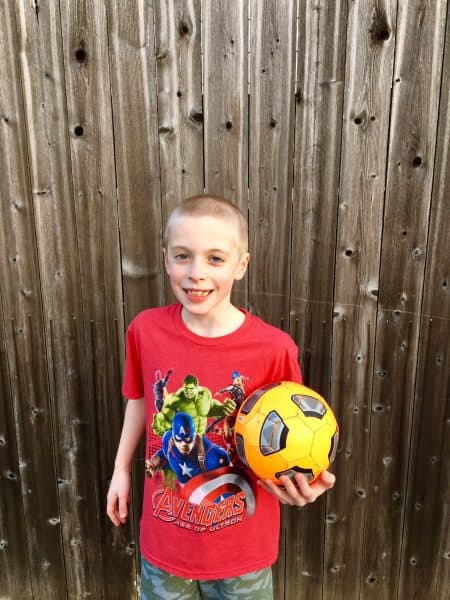 Did you get a chance to read all the posts this week? 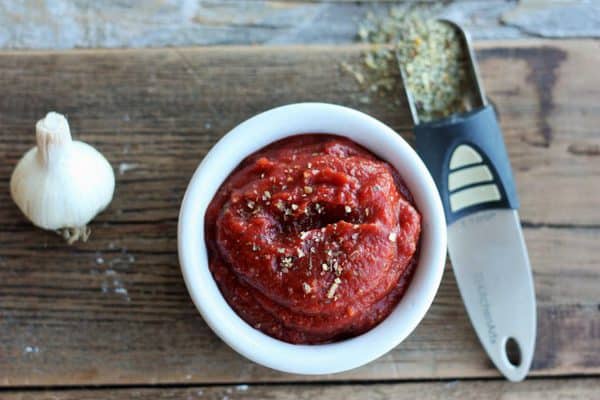 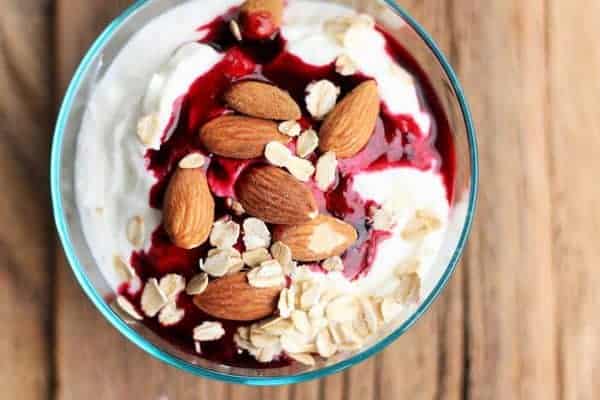 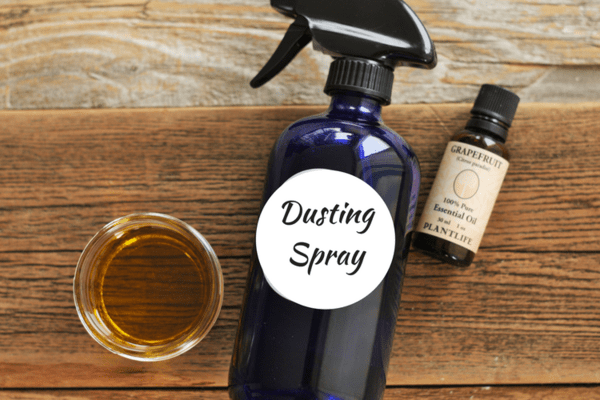 Peanut Butter Frosting With PB2 – I want a daily spoonful of this in my life. 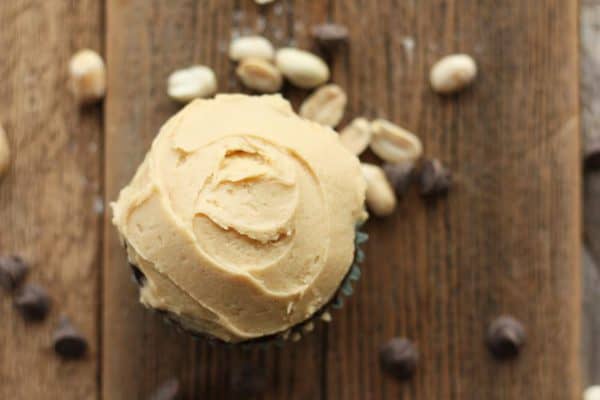 A few weeks ago I posted a tribute to Troy on Facebook for not only cobbling together two shelves into one to take advantage of some serious wasted space. The Facebook post was basically along the lines of putting up shelves and leaving all the stuff for me to put away is what 13 years of marriage looks like. It’s knowing the person you love enough to know that getting to organize is the best gift of all. That is what is left after the newness of a relationship is gone. That’s true love.

We have a cupboard in our kitchen that is so crammed that whenever I need something from it, Troy will say “just don’t make that recipe. It’s not worth it”. It is like a rage-filled game of Tetris getting things out of there. It isn’t because of clutter or a bunch of extra kitchen gear. It is because it is a corner cupboard with a door the size of a Hobbit’s nostril. By adding the extra space in the pantry, I could move some of the most annoying pieces of kitchen gear out of that cupboard.

And today I am sharing the before and afters with you!

Before – so much wasted space! 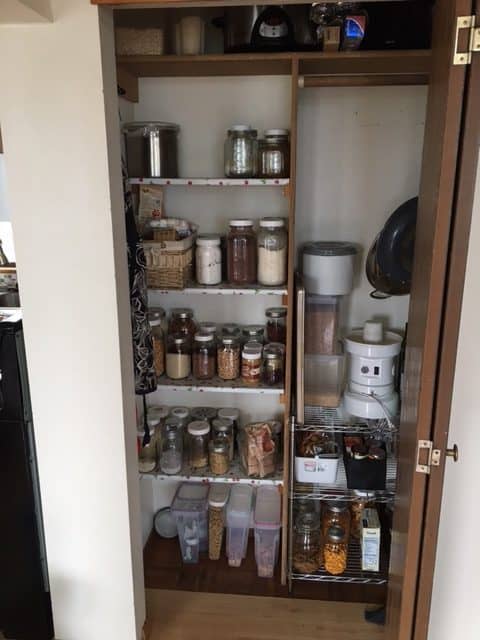 Mid-point when he rigged the two shelves. 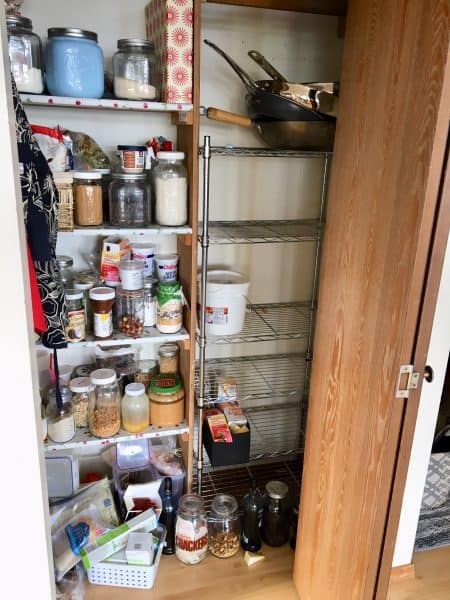 When we realized that the shelves still left too much wasted space. Those baking sheets have to live in the pantry because they don’t fit in my tiny cupboards. Because apparently back in the 70’s when our kitchen was built, baking pans were borrowed from an E-Z Bake Oven. 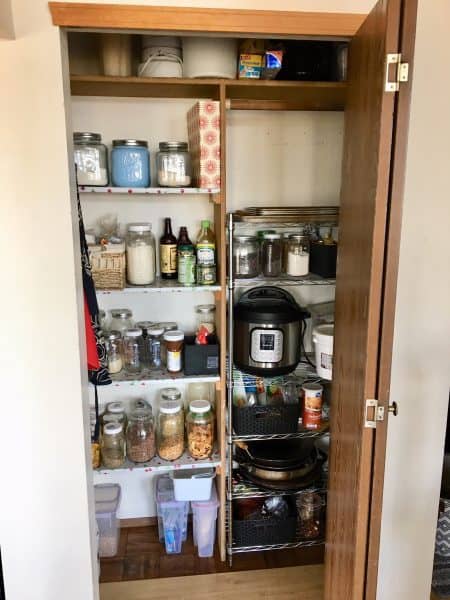 And the after! Troy used an old piece of wood to make a special shelf for the baking sheets. The wood used to be part of our master closet before the remodel in 2015. It freed up a ton of space on that top rack of the metal shelf. Now there is so much more room to do activities. 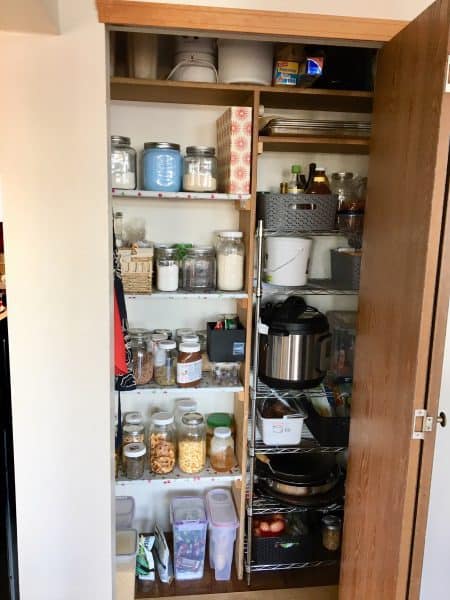 Is it wrong that I get turned on a bit while looking at it? And that I open the doors multiple times a day just because? Oh well, if that is wrong, I don’t want to be right.

My cousin and I have been texting back and forth about her new goal to declutter. She wants to get organized and find better storage solutions for her spaces. I’ve challenged her to start the process on February 1st and donate/repurpose/sell/toss one item. Just one little item. Then two items on February 2nd, three on February 3rd, etc. The baby steps make everything more manageable and it doesn’t get too overwhelming. Getting rid of stuff and clutter gives me the ability to breathe more deeply. I feel trapped when surrounded by stuff, and I’m guessing most of us feel similarly.

She asked if I might be willing to help when it gets to the kitchen portion. Um, is it my birthday?! One of her final texts to me the other night was “I’m getting some vibes from you that you are giddy to clean up my shit!” I am an open book, my friends. An open book.

Since Jack was five and in t-ball, we have wanted to be on this certain coach’s team. Is it because his team was so great and they always won the games? Nope, they played just as well as any other gaggle of four to six-year-olds. It is because Coach G is so freaking positive and kind. You can tell he respects the hell out of the kids and they adore him for it. It was obvious from the start what a great coach he was, and the waiting list to get on his team is always 15-20 kids long. Jack has sadly never won that lotto.

Last fall, I saw Coach G at one of Jack’s soccer games. Our coach was out of town and I was coaching the kids solo. He was helping out with his son’s team. I joked “oh so you also coach soccer now”? He laughed and said he was just helping out for the day, but that he may coach basketball for the first time this year.

When we signed Jack up for basketball, we requested Coach G. And guess what? We got him! 🙂 No one yet knows what a freaking gem this dude is, and we’re getting in on the ground floor. Looking forward to a great season of basketball with a super rad coach. And finally being back to a sport that happens inside. Nice to be dry and warm during a game for once.

Tuesday:: Pizza. Coach G has called a pre-season meeting at a local pizza place. For comparison, Jack’s baseball coach two years ago called the first team meeting in a parking lot under a tree on a rainy night in February.

Wednesday:: Sweet Potato Turkey Burgers, fries, and grilled veg. We were supposed to make this last week, but I was busy repurposing leftovers from the baby shower into stir fry and such.

Thursday:: Vegetable Soup With Mini Cheese Ravioli, salad, and garlic bread. This will help use up all the leftover veggie crudites from the party.

Saturday:: Soup! I’m testing out a new Instant Pot recipe I have rattling around my brain. Stay tuned. 🙂 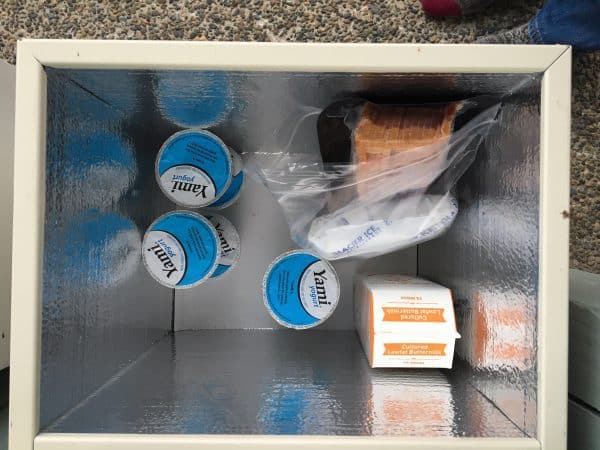 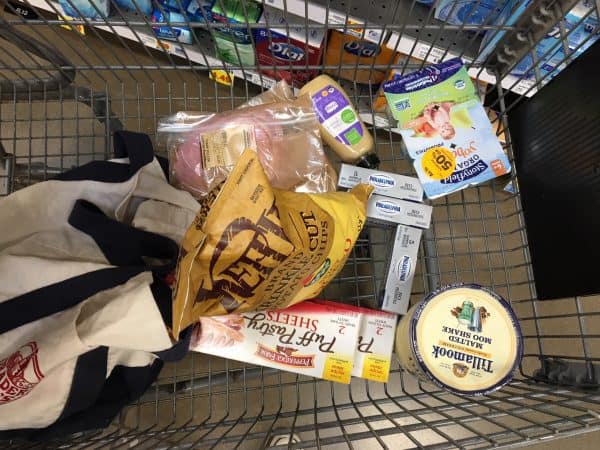 Jack’s class won enough behavior points to earn an ice cream party. We donated a half-gallon of Jack’s favorite ice cream. Do you have Tillamook in your area? It’s so dang good! Malted Moo Shake is our favorite (and I hate malt). We highly recommend. The Tillamook factory tour is on our bucket list once their remodel is over.

The puff pastry was on sale and I found a $.75 off coupon on the floor in the produce section. I already had another one in my purse, so it was a sign to buy two!

The Kettle Chips were free with a random coupon Fred Meyer mailed out a few months ago.

This post contains affiliate links and we may earn a commission at no additional cost to you if you click through and make a purchase. This allows me to continue to provide free content, and I only share products that I use and love myself. Thank you for your support!