Breaking news! THREE days of snow this week! That is what is known as a Seattle Shutdown my friends. Everything grinds to a halt and people act like idiots. It was supposed to snow 1-3 inches on Friday afternoon (we barely got a dusting) so they went ahead and preemptively canceled school and announced it on Thursday.

It’s like when we lived in Los Angeles and it rained. Pure chaos.

But we did get about 1.5 inches on Wednesday night and had fun playing in it on Thursday morning. It was gone by that afternoon. 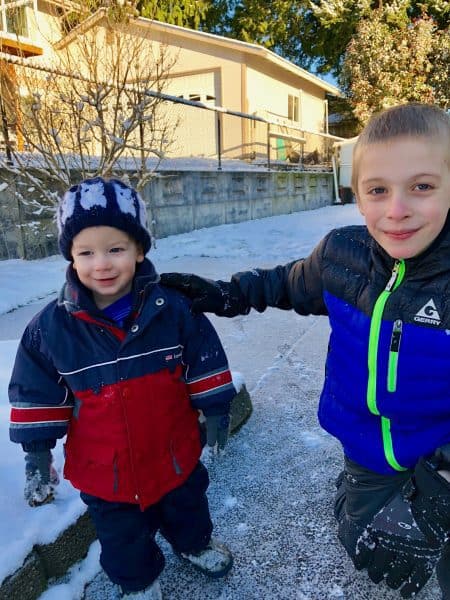 There was also a power outage on Sunday due to high winds during snow. And then we had a few straight days of freezing cold weather with the bluest skies you have ever seen. I mean we were all over the map this week and I loved it. 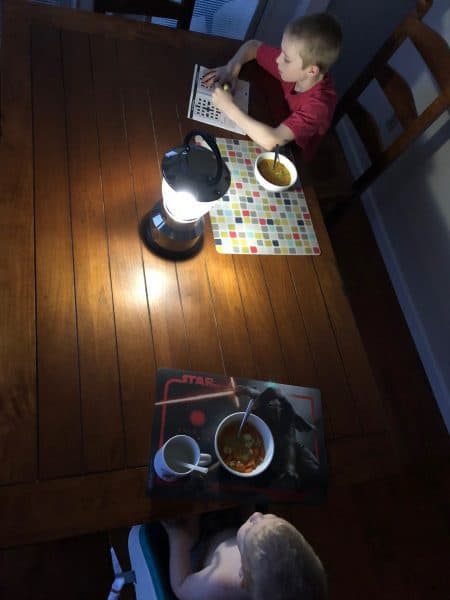 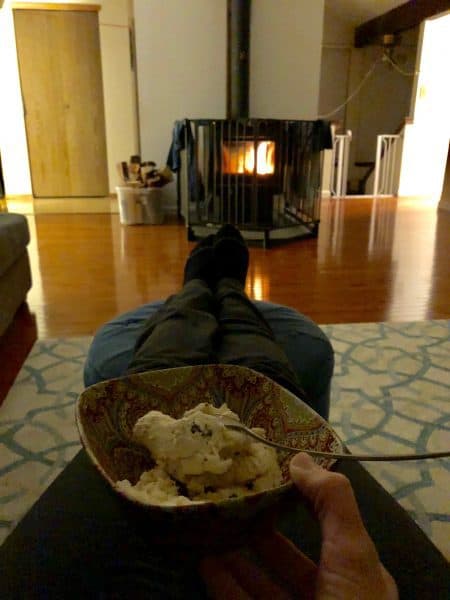 A power outage is God’s way of saying “eat the Tillamook before it melts”.

Troy and I had a pretty epic date this week. That is what you call cleaning out the shed and building firewood storage, right? I mean, how would you classify that?

A few years ago we received a free garden shed. We used it to store the mower and other odds and ends. When we got the woodstove we also used it to store firewood. Over the winter the piles have gotten haphazard and a bit dangerous and I told Troy we shouldn’t get any more wood until that shit was organized with an actual firewood rack. 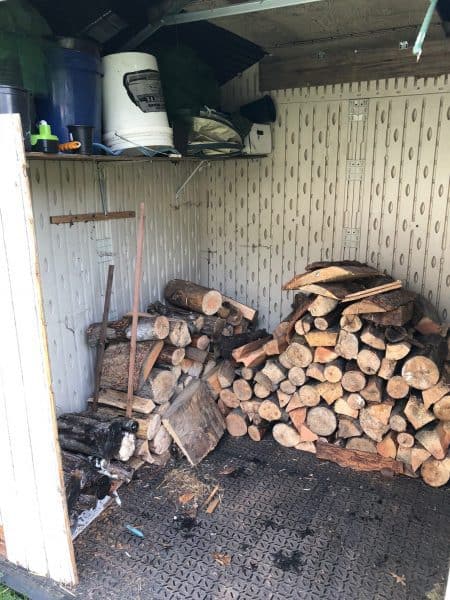 Bennett and I unloaded all the wood from the shed while Troy built the racks. He put together two simple racks using cinder blocks, some 2x4s, and a few screws. 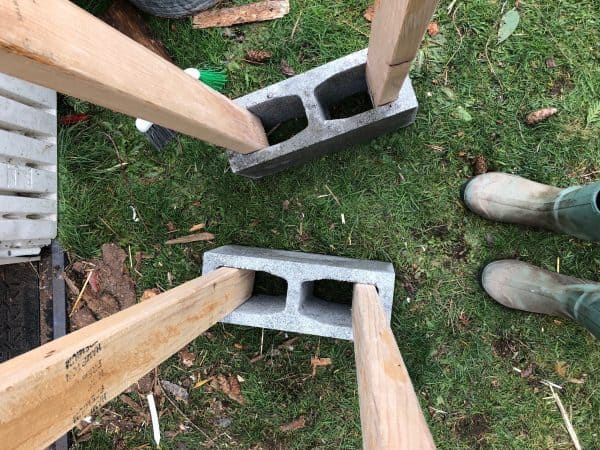 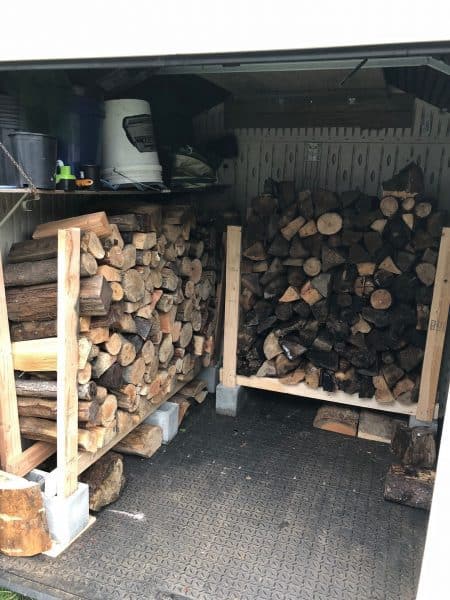 It was about 30 degrees the whole time and we kept moving to stay warm. Toddlers are insanely helpful with home improvement projects. Who else would sweep the walls? 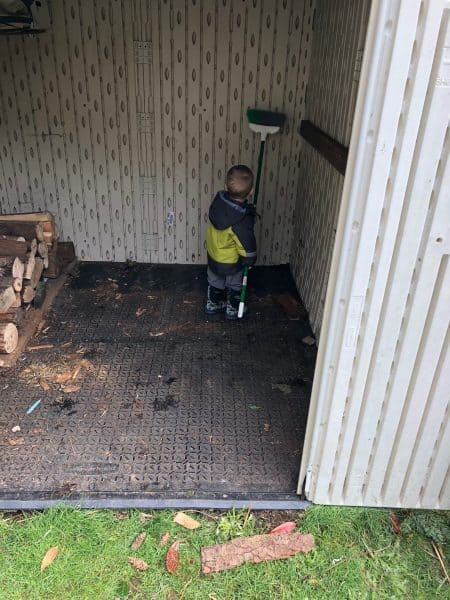 Can I ask you a personal question? Too soon you say! I know it’s early and you’re probably still snuggling up with your first cup of coffee. But I am curious like a cat…how often do you wash your bath/shower towel?

Before you x out of this post, remember, we’re buds. I’m not here to judge or question. Unless of course, your answer is like “once a month” and then we’re going to have issues.

I used to work with someone who had a family of five and they only used their towels once before she would wash them. ONCE. That seems like so much laundry. And, I mean, aren’t you using it to dry off a clean body?

We tend to wash them after three to four days. Bathroom hand towels get swapped out after 24-36 hours because they’re in constant use, unlike the bath towels.

Are we still friends? Can we discuss this like adults?

I went with my sister-in-law Amy who is my fellow Belinker (it’s a thing) after I pressured her into listening to it almost a year ago. We bought the tickets before Christmas and have been looking forward to it for months.

I got a Facebook message this week from a reader asking for info about bat houses. Apparently, a neighbor’s past-its-prime pool breeds a buttload of mosquitoes, and this reader wants to build a bat house to help cut down on the skeeter population. I don’t have any experience with bat houses or mosquitoes (not really a Seattle problem), so I thought I would ask the smartest people I know – you people! Anyone have any insight into this process?

Jack started baseball this week even though it is technically still basketball season. His coach is quite gung-ho and excited to start playing. The number of practices we have scheduled so far is pretty intense. It was so cold this week when they had practice that Jack and a few other kids were crying. Yeesh. 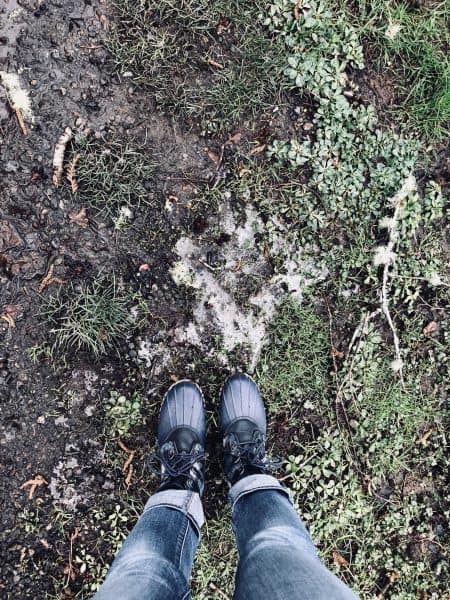 Yep, ice on the field. This seems like appropriate baseball weather for 8-year-olds.

I do hope the excitement of it wears down for our enthusiastic coach after a few weeks and we don’t all imminently start hating baseball. I applaud anyone who is willing to dedicate so much time to help with kid’s sports. But I’m not just not stoked for freezing my ass off six nights a week until June. 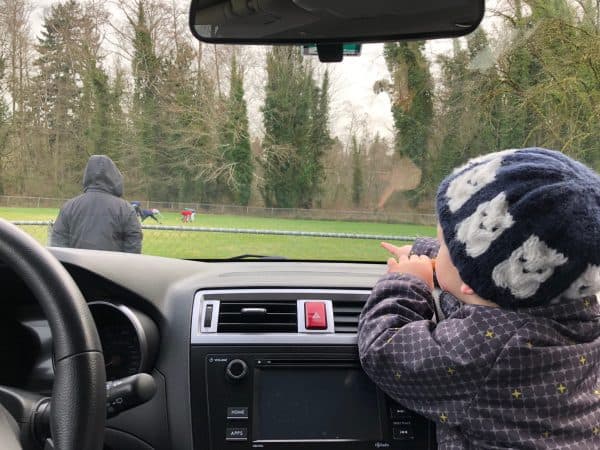 I published two other posts this week and both were things I have been eating for lunches all week. I love them!

How to Make Encurtido – Honduran Pickled Vegetables (or “yummy pickled shit” as my mother-in-law called it). I adore these veggies and eat them at least twice a day. 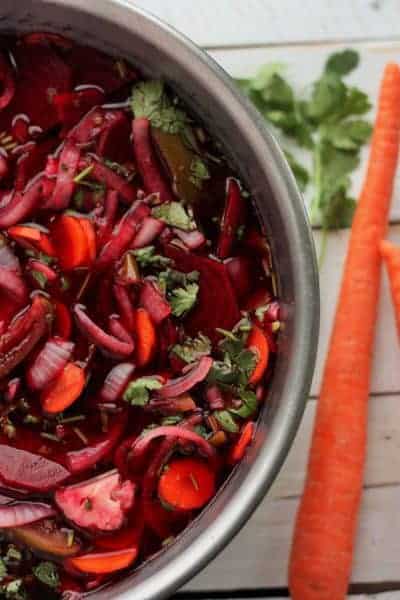 Chicken Salad With Greek Yogurt and Dill – not your traditional chicken salad but a delicious and fun play on a classic. And one that doesn’t require mayo because my thoughts on that subject are quite clear. Quite.clear. 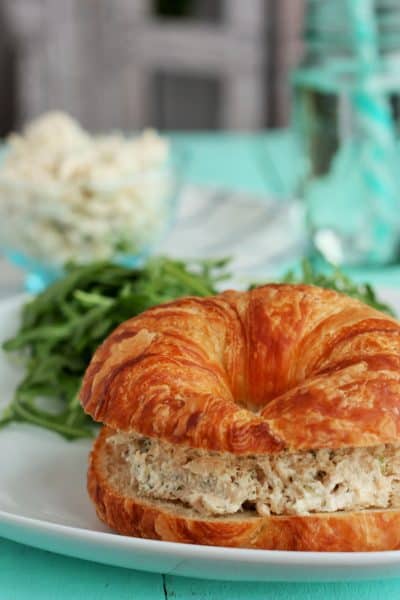 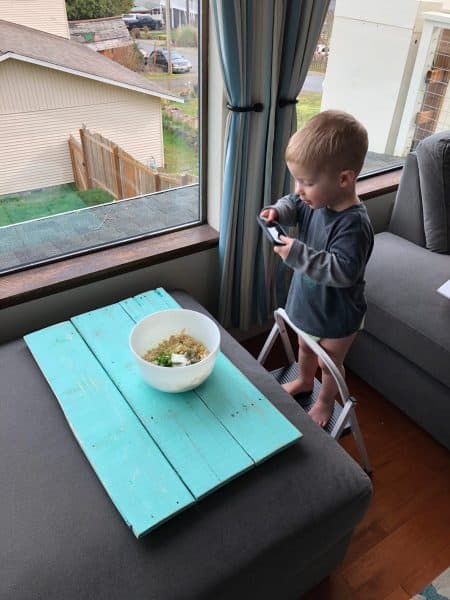 It is well known that creative types never wear pants while photographing chicken salad with an old phone.

Tuesday:: Tortilla Soup and garlic bread. I had some tortilla soup at a restaurant last week and it had ingredients in there I had never put in tortilla soup before. It was delicious. I want to try my hand at making it at home.

Friday:: Instant Pot Baked Potato Soup and salad. Yes, this was on the menu last week but um, someone forgot to buy potatoes. :whistles and tiptoes out of the post:

Saturday:: Popcorn, leftovers, and movie night. Normally on Fridays but we have baseball practice. On Friday night. Yep.

Want to sign up for Smith Brother’s home delivery and get a $10 credit on your first order? Simply click this link enter “Sarah Cook” in the “How Did You Hear About Us” field and then enter “FRIEND” in the promo code field on the payment page and you’ll be credited $10! For full disclosure, they would also credit my account as well.

Fred Meyer: $37.43. Jack had a four-day weekend and it was strange for him to also go grocery shopping with Bennett and I. I realized that Bennett is a much better shopper without an older brother around. 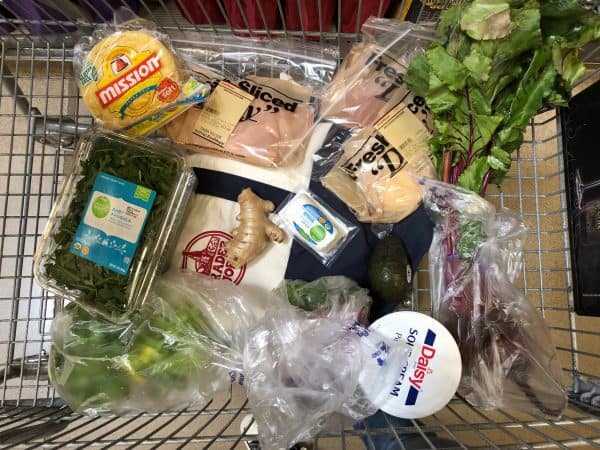 I have an awesome cashew-based recipe hopefully coming up this week and I can’t wait to share it with you all.

Also, in an epic gardening shame spiral, I ran out of homegrown garlic. In February! 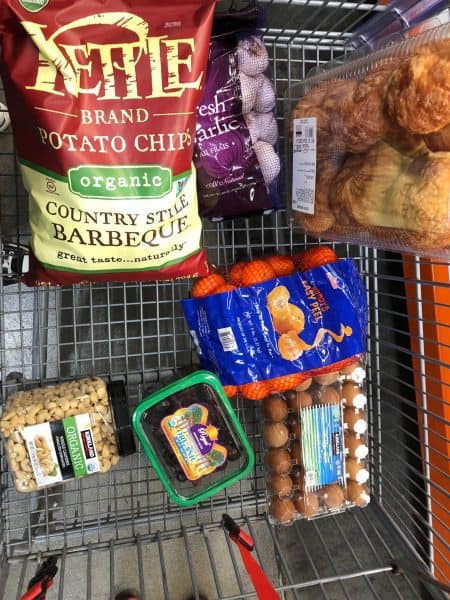