I respect open discourse and everyone having varied opinions, but I’ll be damned if I will sit here and listen to lies from my kid. Jack, aka the giant liar, has declared Peppermint Hershey Kisses are better than Mint Truffle Hershey Kisses. FALSE. Mint Truffle are so clearly superior, that I can’t even handle it.

That being said, I’ll still eat the hell out of the peppermint ones if they are in arm’s reach. And can we talk about the dark chocolate covered peppermint Jo Jos from Trader Joes? Save me Jesus, they are my downfall this time of year.  As are all sweets available.  I will slap a bunny right in the face when it comes to homemade iced sugar cookies. Hold me.

We had our first official snow Thursday night and early Friday morning. In perfectly predictable Seattleite fashion, the schools declared an early release for Thursday…on Wednesday afternoon. Yep, just the chance of snow was enough for school to be let out early. And naturally with the 1.5 inches we received, school was of course cancelled on Friday. Which I am totally ok with. It gives the kids a chance to play in the snow; something that does not happen often round these parts. But of course the rest of the country laughs at us. And we’re ok with that. This video always makes me laugh, as does this one, and this one.

There is a small diner withing walking distance of our house. Growing up, my dad would take my sister and I down there for a cup of cocoa whenever it snowed. It was always such a fun tradition, and we made sure to keep it going this year. But we also evolved the tradition and added the diner’s homemade potato chips. For um, potassium…

Bennett started his own tradition with some homemade applesauce instead of cocoa. 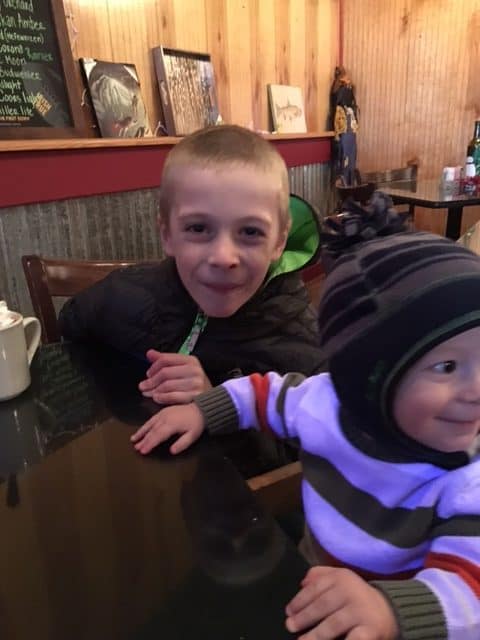 Last Sunday, the weather was pristine. Crisp, sunny, and the bluest skies you could ever imagine. It was perfect for Christmas tree hunting and cutting. 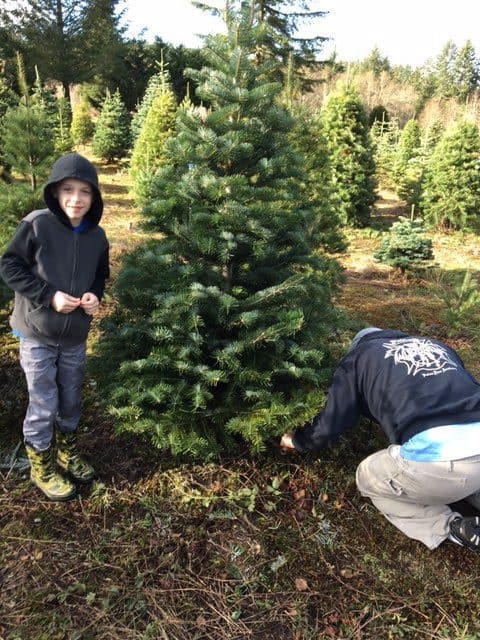 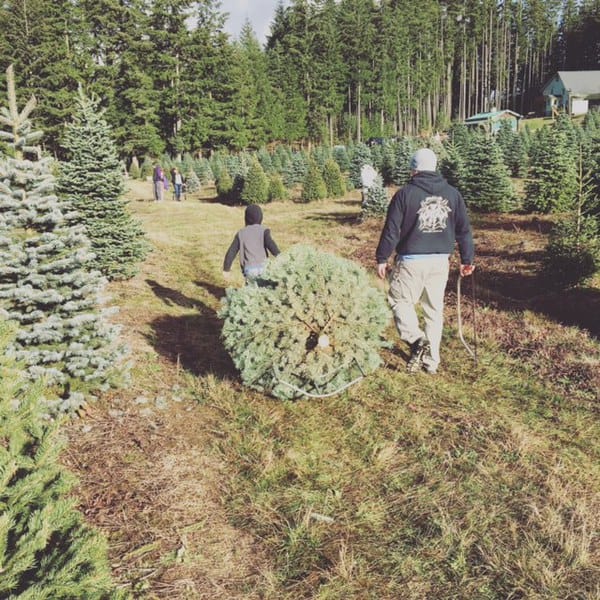 Don’t you hate when the wild peacocks in your neighborhood wander in to the garage? No? That isn’t a daily occurrence in your house? 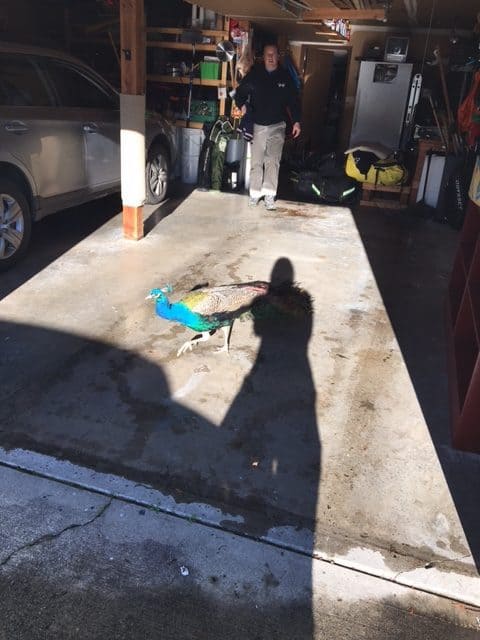 That shadow is not an optical illusion, I really am that tall.

This coming week is busy with three basketball games, a winter school concert, and the potential for more snow later in the week (squeal and gasp). But just potential, since it keeps disappearing and reappearing on my weather app. They should probably just go ahead and declare the whole week of school to be canceled.

Thursday:: Chef salads and leftover biscuits. We had this last week, and not only was it good, but it was pretty speedy to assemble.

Saturday:: Leftovers, or if there are none, homemade pizza.