I feel like 2016 has worked hard to wear us all down. To force us to give up, yell Uncle, and throw in the towel. Is it just me, or has this year been a downright exhausting crap fest? My friend Anna told me “the only good thing about 2016 is it gave us Bennett”.

And like a total douche, 2016 has gone and given us one last kick to the clam on its way out.

Jack, is now in to Pokemon.

I thought listening to him talk about Minecraft was rough. We don’t let him play video games, so he would get books about Minecraft from the library, and then talk about it over and over. And over again. But Pokemon is at a whole new level of wanting to slice my ears off and feed them to the chickens. Will the pain never end? 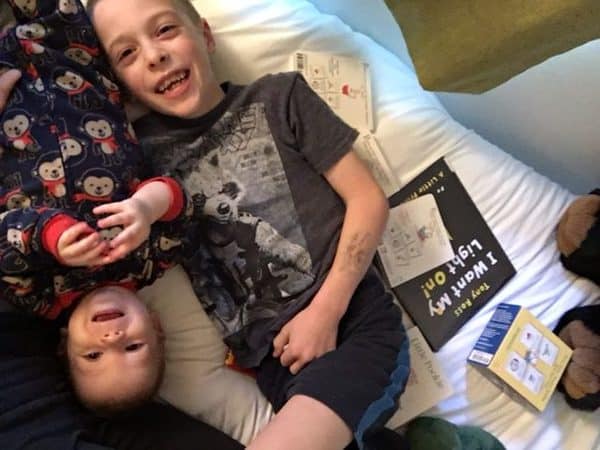 How was everyone’s Christmas? Hanukkah? We had a lovely time with family over our three days of Christmas, but everyone got freaking hosed with illnesses. Far as I can tell, my dad was patient zero shortly after Thanksgiving. Then my mom got it, then Jack, and shockingly, I got it too. My immune system is pretty strong and usually I remain unscathed while everyone else is hacking up a lung. Not this time man. It started with a fever that lasted for six days! I generally felt ok during the day, but come 7 pm it would be back to raging and I would be back to feeling like junk. I finally called my doctor because I wanted to make sure that I wouldn’t be contagious to anyone at Christmas. When the receptionist looked up my chart, she said “you’ll need to fill out new patient paperwork again, because you haven’t been here in over five years”. Sounds about right. 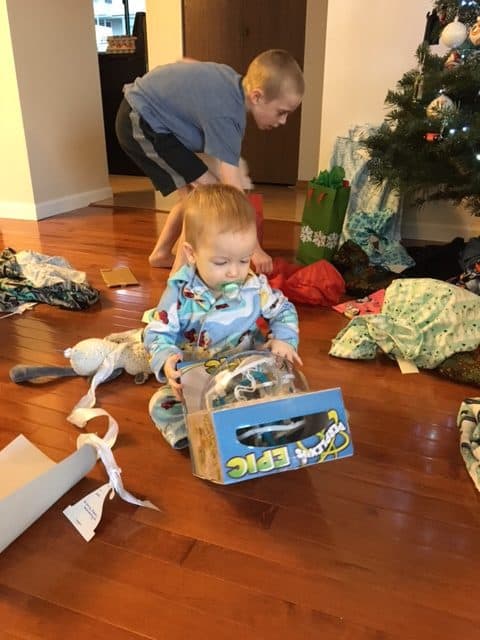 Troy got it two days before Christmas, and then on Christmas day, about 3 pm, we looked at Jack opening presents and he looked like a hot mess. He had spiked a temp out of nowhere after being healthy for over a week. Troy’s symptoms morphed in to something strep-like, and so on the 26th, he and Jack went to Urgent Care. Troy was strep-free but hurting like crazy. Jack on the other hand tested positive for Influenza A. And while I have zero desire to talk about vaccines, I will say, we have all gotten the flu shot. Jack’s flu only lasted 48 hours, and was never too horrible.

Troy is still feeling terrible with a horrible sore throat that leaves him barely eating. So, if your New Years resolution is to slim down a bit, Troy will spit in your mouth for $20. It’s super effective, but pretty painful. 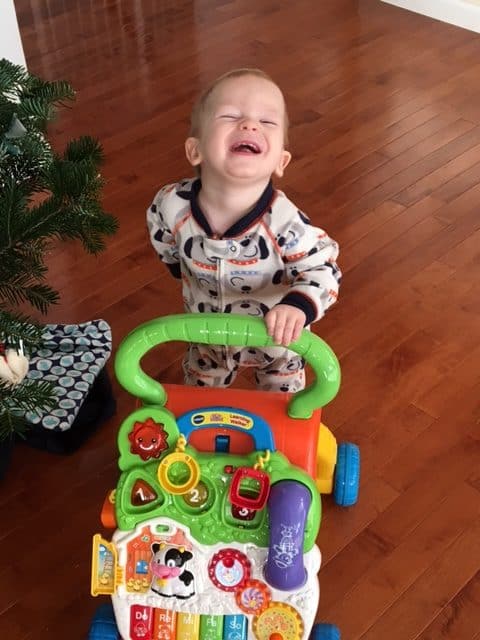 Jack got entirely too many Legos, but a ton of wonderful books as well. Unlike last year, Santa remembered to put some items in his stocking. Santa has his ish together this year. “Bennett” made Jack a photo book titled “My Brother, My Hero”, and Jack loved it. 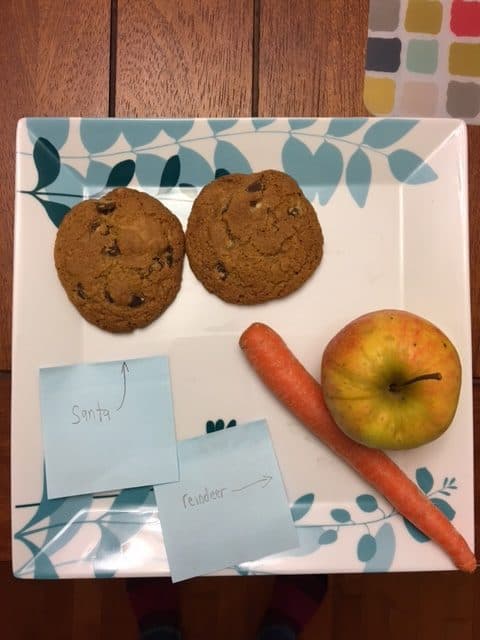 We got a fun little bluetooth speaker that works really well and is very inexpensive (currently sold out on Amazon, so I am not linking it). After Bennett’s bath we have a dance party every night. We stream music on our phones, and this little speaker is much better than trying to listen to songs through phone speakers. It’s very small and was so easy to set up that I think even my dad could do it. Probably. I got some wonderful cookbooks like this one, this one, and this one. And a trunk organizer that pretty much owns my heart. Troy and I no longer exchange presents, but I always laughed when he said I was hard to shop for. Cookbooks and org porn are pretty much all this girl needs. 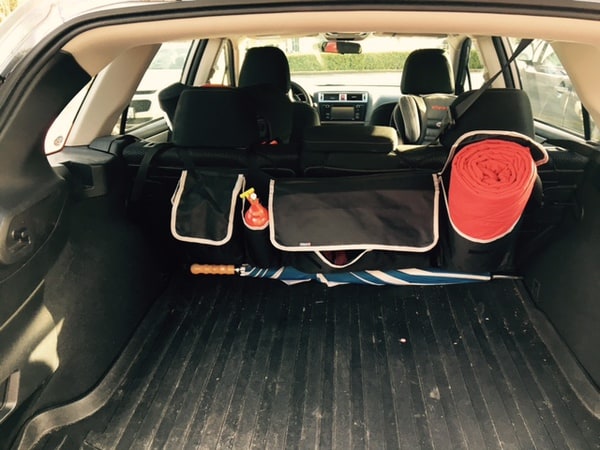 I was having a hilarious text conversation with a few of my friends yesterday. One of my friends was getting a new above the range microwave. I had asked her if it was in her way when she cooked, and she could not figure out how something above a stove could be in the way. We quickly assessed that the difference of perspective was because she is an adorable little shortie, and I am a huge freak. What ensued was Jack and Troy taking photos of me in my kitchen to try to prove my point that kitchens built in the 70’s are designed for the minis. 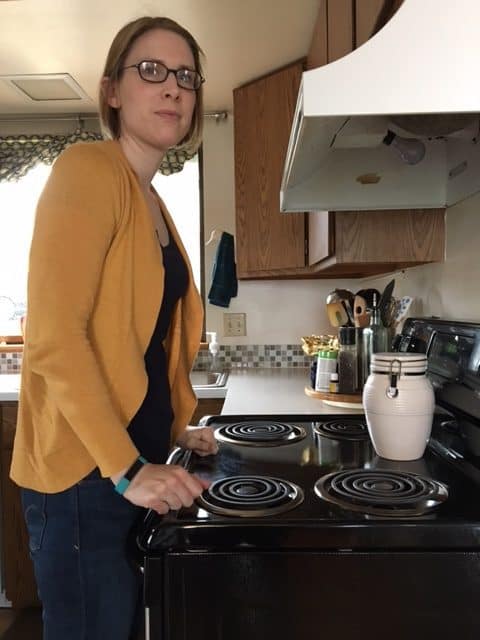 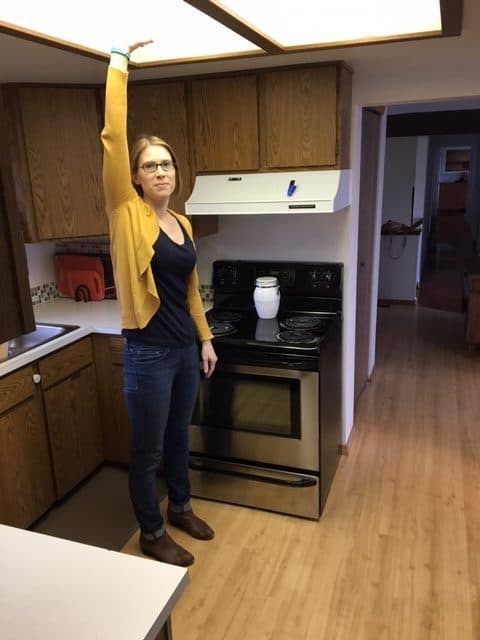 Some day, maybe if I pray super hard, and think good thoughts, I’ll have a kitchen designed for non-hobbits. IKEA, I’m still totally open to working with you on a redesign…

Well, I’m going to hop back in my micro-kitchen and start working on meals for the week!

Wednesday:: A new recipe from one of my cookbooks – fried tofu and rice. YUUUUUM!

Saturday:: Leftovers/clean out the fridge.