I’m not sure which genius decided to schedule the start of Lent with my period, but someone is about to get stabbed with a spork. Or a bendy straw.

Yes, I did give up sugar for Lent, why do you ask?

Technically my wrath should be directed at Pope Gregory and his stupid Gregorian calendar, but my anger goes deeper. That’s right, I’m looking at you Phoenicians. You started this crap with your dumb calendars. Assholes.

The only positive aspect of all of this is I am doing it with my friend Angela, so at least there is a battle buddy. We’ll Thelma and Louise it together until Easter morning. It makes me remember fondly when I gave up swearing for Lent a few years ago. That was so much easier. Swearing is fun, but it isn’t delicious. I’ve been drinking this tea a ton to help with my sugar cravings. It is sweet tasting (matcha), and tricks my brain in to thinking I am consuming something sugary. But it still isn’t the same.

The best news of the week was my mom being given the green light to eat normal foods again! No more soups and purees for this happy lady! 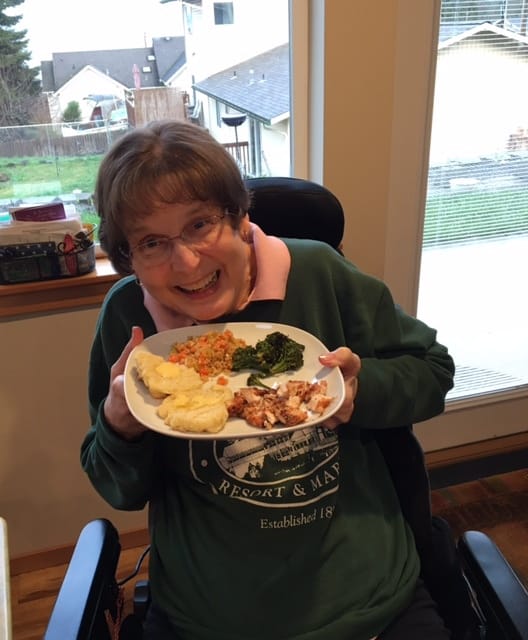 We’ll wait and see how it goes and fingers crossed her stomach goes back to digesting food like it should. 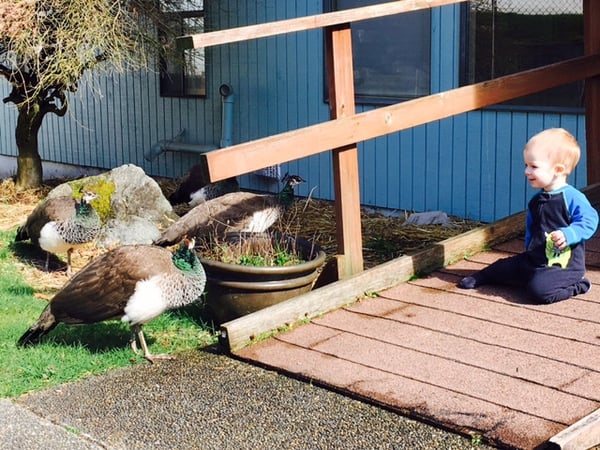 Jack’s baseball practices started this week, and we all almost froze our collective balls off. It was 38 degrees outside, with wind gusts of 20-30 mph. I had water, bats, baseball mitt, hat for the baby, thermal pants for the baby, a coat and mittens for the baby, a blanket, a chair, outerwear for me…and Jack was just in a long-sleeved t-shirt. In my defense, Jack never wears a sweatshirt or coat even if we pack one for him. I keep a sweatshirt in his backpack for school and it never comes out during the week. Also he is almost eight and should technically remember his own coat. It was a freaking stellar parenting moment for me. 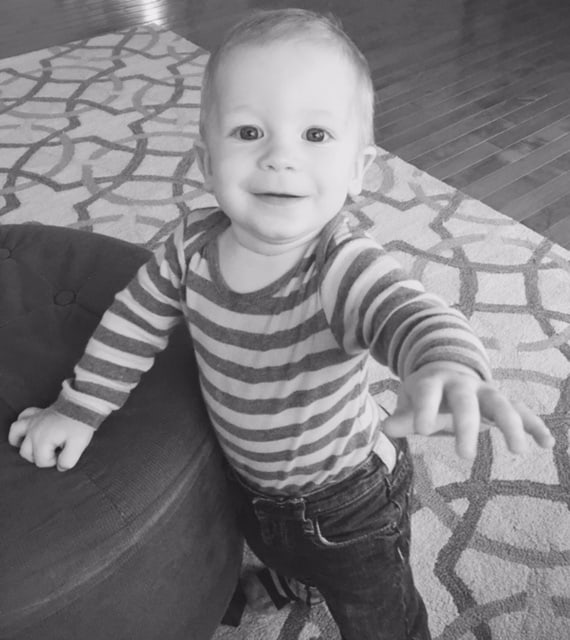 I gave this gremlin a big boy haircut this week. To keep him occupied, I had him Facetime Troy on my phone. Worked like a charm.

So, speaking of parenting, we had a new situation a few weeks ago and I have no idea how it should have been handled. I got a call from the dad of one Jack’s classmates to arrange a play date. Jack had been talking about this kid and wanted to have a play date, so it was perfect timing. They invited Jack over for a sleepover. Now, if you know me in real life, you know I’m a pretty “whatever” kind of parent. My motto is generally “he’ll be fine” with most things. I let him go in to public bathrooms by himself (after having the in-depth stranger discussion), and overall let him chill. Except with manners and not being an asshole; I’m on him about that every second.

Then all of the sudden I was that mom who was stammering on the phone like a nutcase “um, well let’s just try a day time thing first and we’ll um see how that goes”. I don’t know this family, or this kid. I’m not an untrusting person, but it felt weird to have Jack spend the night when I have never met these people before. Not to mention, Jack had a sleepover at Troy’s parent’s a few weekends ago, and they almost had to bring him back around 11 pm. He loves them and has so much fun with them, but he said he missed Bennett and didn’t want to be away from him. He had slept over there loads of times before without issue, but all before his brother was born. He stuck it out and ended up having a good time. I couldn’t imagine him being somewhere strange and lasting the night. This is not to say that I don’t think he should try new things and be put in new situations, but you know. My mom was a teacher at the elementary school I went to, so she knew all my friends and their parents. I have literally no idea what sort of things my parents would talk to other parents about when arranging sleepovers and play dates. I felt like I should ask the dad something responsible, so I texted him “are there any weapons in the house”? Is that the right move? Over the line?

Bottom line, I don’t know what the fuck I am doing as a parent.

But here is the weird part. The dad and I arranged a day time play date for yesterday at 11:30. Then like a week and a half after our phone call, Jack brings home a birthday party invite for this same kid. Party date/times – Saturday at 11. Me thinks the parents weren’t merging calendars when planning the party. Jack had a great time, so hopefully we see that kid again. And maybe I’ll have some sort of clue about how to be a mom by then.

I may be a dumb fuck when it comes to arranging play dates, but I actually nailed a parenting move this past week. Bennett has a nickname of “the squirrel”, because he likes to snag things, carry them around, and stuff them in random places. His latest obsession was my drawer in our master bathroom. He was a little drawer klepto, and any time I had him in there with me so I could pee, he would pull out as much stuff as he possibly could. I found the perfect solution at Target last week for a whopping $5.79. 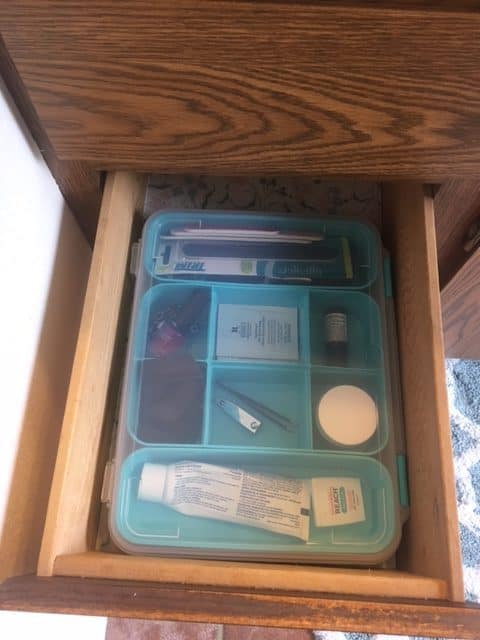 And yes, that is horrible 80’s shelf liner in the drawer. In a faux oak vanity. Parts of our house still very much resemble the Golden Girls studio set.

It is a total pain in the ass to get things out of there when I am getting ready, but it is better than Bennett pulling everything out six times a day. There was a sticker on the container thing when I bought it that said “Made in America”. So way to go Sterilite.

Something exciting is joining our family this week. Tuesday is the big day, and we are so thrilled! I’ll share Tuesday evening on Instagram and Facebook if you’re curious. 🙂

This week was another huge Costco trip for us. I’m not sure what is up, but that ends now. A ton of their organic stuff was on sale/rebate, so I stocked up things we use often like their organic marinara sauce, nd frozen fruit for smoothies. No picture since everything was a rush to get in the fridge/freezer when we got home. $98.07.

Grocery store $26.25. The chocolate egg and cookies were free with the Fred Meyer Friday Freebie app. Cookies will go to church for our community resource coordinator. Egg will go in my pie hole at 12:01 am the day Lent is over. 🙂 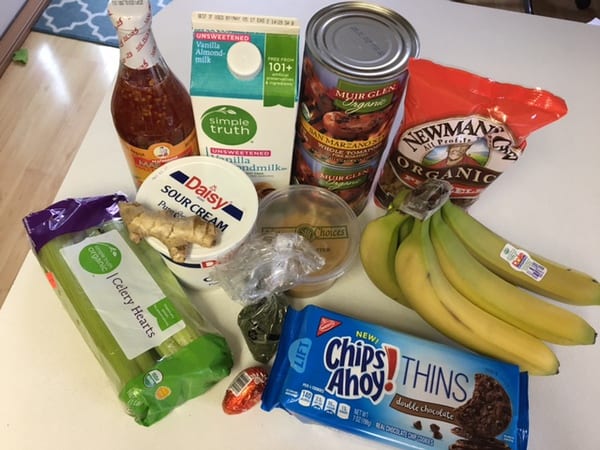 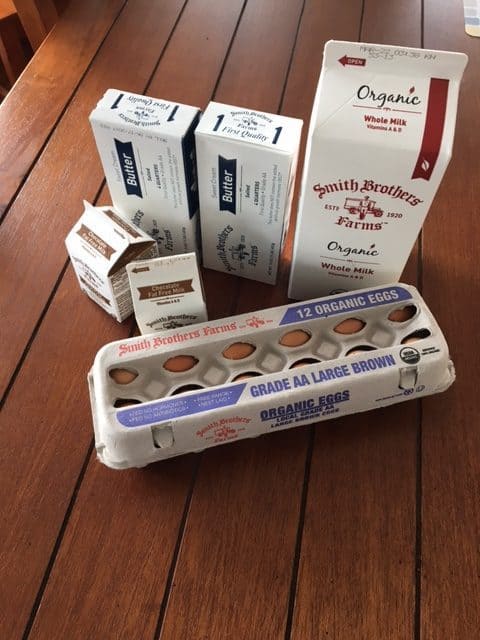