I’m kind of smitten with a country this week. 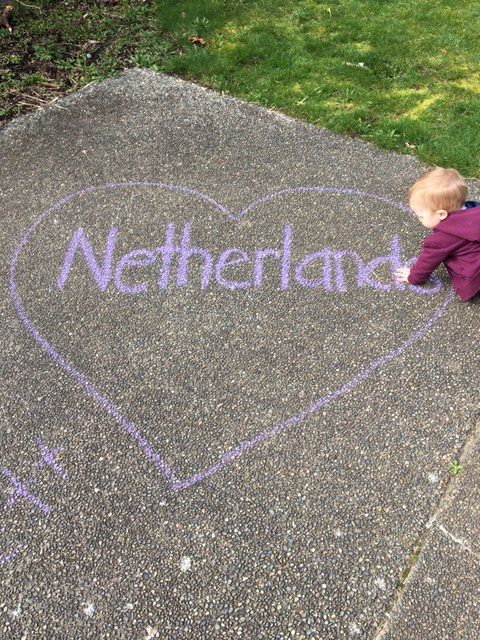 So proud of you! Nice work. Nailed it!

Here is a scene we never thought we’d see again. 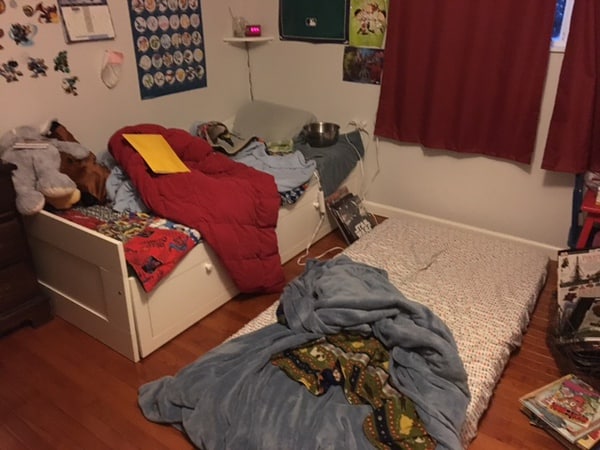 That would be Jack’s extra daybed mattress on the floor for me to sleep on to keep an eye on him during a return of his tummy issues. Those asshole intestinal spasms had been gone for almost 15 months, so naturally we thought they were never coming back. I was dead to the world Wednesday night, but Troy heard Jack gagging a bit in his sleep. He went to check on him, and as an afterthought, left a bowl on his bed. Within 20 minutes, he was puking. A few hours later, the pains started. Since this wasn’t our first rodeo, Troy packed up the backpack with books, cell charger, puke bag, and the ipad and they headed to the ER. I stayed behind to watch Bennett, my nephew (on Thursday morning), and get my mom up later. There are few moments when a parent feels as helpless as watching their kid scream in pain, and then not being able to go with them to seek help.

Troy said as soon as he told the admitting nurse that Jack had a history of intussusception, they were whisked back immediately to ultrasound. Jack wasn’t currently having an episode when they did the ultrasound, so they couldn’t see his intestines actively telescoping. But they were able to see that there was no part of his intestines that were currently “stuck”, which was a good thing. When someone is having the episodes, there is often little that can be done, but if the intestines become stuck, immediate surgery is usually the only option. For babies and some people who suffer from this disorder, there are easier treatments like an air enema (sounds so unpleasant), but Jack is not a candidate for that due to the location of where his intestines intussusce.

He was released later that day, and came home and took a three hour nap; something he hasn’t done since he was two. Just like last time, he seems almost fine during the day, but the pains come back in full force in the evening. At one point Thursday night, he was laying on the living room floor screaming in pain. I was next to him letting him squeeze my hand, and holding Bennett while Troy was on the phone to the ER. Any time Jack screamed, Bennett lost his shit and started sobbing. How do you explain to a baby that the one person he loves the most in this world is going to be ok, even though he is watching him in horrible pain? 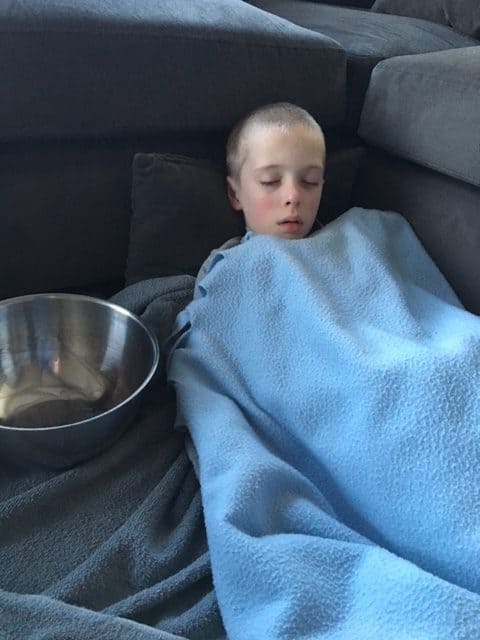 Between the long day, and the pain, Jack eventually just fell asleep on the floor. Troy and I spent the next 90 minutes trying to get in touch with someone at the ER who could help us. But between their phone system glitches, and talking to people who just referred us to other people, it was a bout of frustration. They had been recommending we come in, but the fact that he had fallen asleep led us to believe the intestines couldn’t possibly be stuck. If that had occurred, there is no way anyone could sleep through that level of pain. Miraculously, we were finally able to talk to the head consulting nurse who was able to contact the pediatric gastro on call. Since Jack had been able to fall asleep, the final recommendation was to let him sleep and keep him comfortable. If the episode started up again and lasted for more than an hour, we were to report immediately to the ER.

Troy ended up carrying him to bed – with a very professional fireman’s carry 🙂 – and Jack slept 13 hours without another incident. He woke up the next morning not knowing how he got in his room, and distraught that he had missed watching Jeopardy the night before.

The pains keep coming back at night, but thank the good Lord they have weakened with each passing night. He’s on lots of fluids, limited food (just doesn’t have an appetite), and an evening cocktail of Zofran, some anti-spasm med that starts with an H, and then he chases the grape dragon (Motrin). We also have him back on the heavy duty probiotic that was recommended by his gastro after his first bout with this in 2015.

Throughout all this, and knowing the ER visit will likely be a forthcoming $400 bill, I was so thankful we had insurance. I couldn’t imagine having to choose between taking your kid in to get help, and trying to feed your family. I have a friend whose parents had to declare bankruptcy back in the 90’s because her brother had his appendix taken out and nothing went according to plan during the procedure. Additionally, my parents are clearly the rolling/limping poster children for pre-existing condition exemptions. Healthy families and insurance shouldn’t be seen as rights vs gifts. Healthcare is a human right. So, dear Congress (both parties): get your collective shit together. Prove that you understand humans have worth, because the last time I checked, we’re all someone else’s babies.

And that is as political as I plan to get for the day. 🙂

If you’re part of the FBC Facebook community, you’ll see that Bennett started walking like a boss this week. He had been taking hesitant steps for a few weeks but lacked confidence. Friday, he started the day being able to walk about 10 steps at a time, to crushing the entire length of our insanely long hallway by the end of the evening. This opens up a whole new world of stealing and stashing for “The Squirrel”. In just one day, we found the remote in our coin jar, my chapstick in his hamper, extra outlet covers stuffed in my slippers and his binky in the towel drawer. 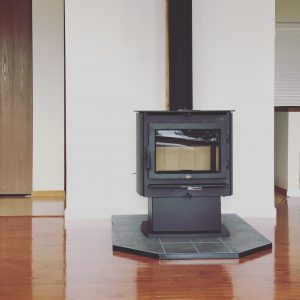 Her name is Ember. Apologies to anyone actually named Ember out there, but I thought naming a stove like an exotic dancer just made sense. We have wanted a wood stove for as long as we have been in this house. For longtime readers, you’ll remember the giant heat-sucking fireplace that took up one-third of our living room for years. It was taken out during the remodel, but we longed to replace it with a stove. The price was out of our reach, and technically still is. We were semi-content to just wait until we could afford it. With our “snow storm” in February, we lost power for the day. As the temps inside dropped, I prayed for the hardworking power crew to get it turned back on. Troy, Jack, and I can put on layers and hunker down (Jack is technically a walking heater anyway), but it is a whole new ball game with Bennett here now.

I swallowed my pride a few days later and asked my parents to front us the money. They were thrilled to help and since this is a rental, they love the write off. 🙂 We’re paying them back each month, and my mom also gets the added benefit of getting to sit by the stove and warm up on cold days. My dad is always hot, so he will stay as far away from it as possible when lit. 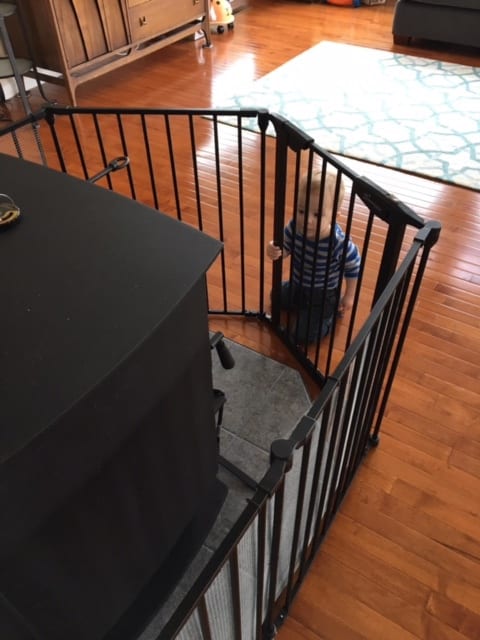 The maximum security baby gate kind of takes away some of the charms, but alas, it is one of those “necessary” precautions. Troy measured Bennett from armpit to fingertip, and found he could still get his little mitts on the stove from the sides. He added some hardware cloth (like what we have on the chicken coop) to the sides. Turrets may need to be added to the top when he gets a bit taller. And a guard tower. 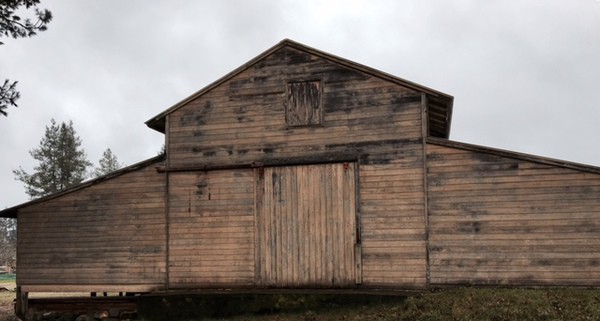 We popped by to see Troy’s grandmother this week. She has always been a gorgeous woman, but I find her simply stunning at (almost) 91. During our visit, Bennett decided the best things to keep him busy were her cat toys. I just said “la la la” in my head and pretended they were only for babies. And not a gross cat. 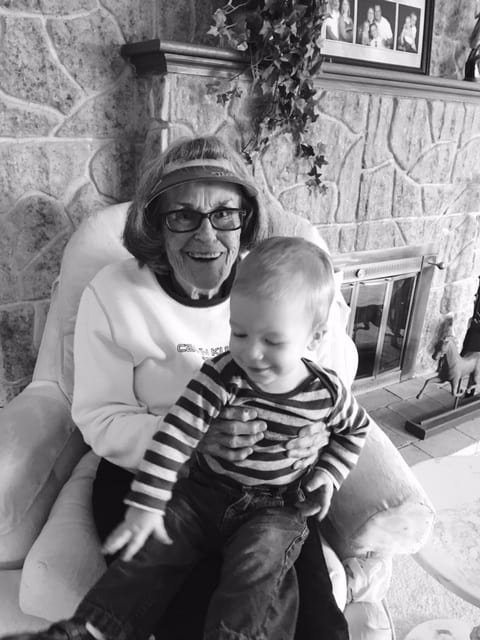 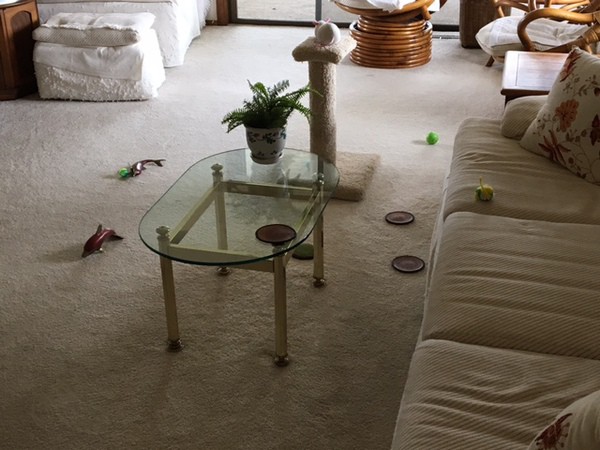 Monday:: Ravioli and salad. I’m picking up the organic ravioli from Costco tomorrow. Anyone ever tried it? I’m excited.

Tuesday:: Homemade mac and cheese, salad, and roasted beets for me!

I didn’t take a single photo of groceries this week. Bad, bad. I spent $26.26 at Costco for dates, broccoli, salad, and Halos. I spent $42.10 at the grocery store for cereal (for my nephew), ginger, green onions, lunch meat for Troy, cashew milk, Noosa yoghurt (it was on sale, it’s freaking delicious, I had a coupon, and I got a $.25 Ibotta rebate), Wild Friends choco peanut butter (it was sugar-free, acceptable for Lent, and saved my family from getting injured by my sugar cravings), canned chipotle peppers, and frozen organic corn. 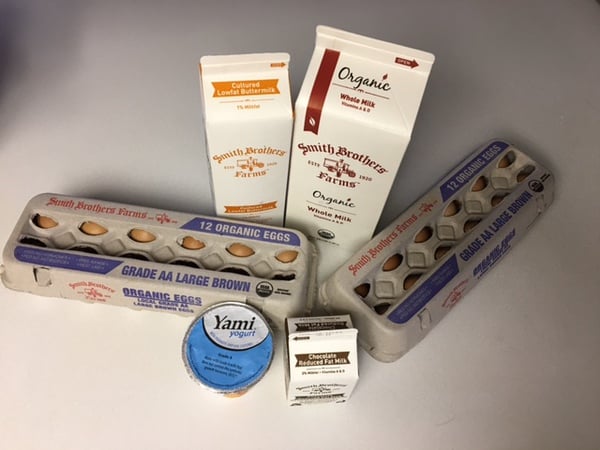