Scattered Sundays and Meal Plan for May 22nd – 28th

I have been floundering a bit this week. There is no one at fault or to blame (maybe me), and I can’t pinpoint what it is exactly that is bothering me. It may be the food blogger podcasts I have been listening to where everyone talks about their success and such. I feel divided and pulled in many directions right now, and I feel unable to focus my energy on one particular thing. Most of that is my own choice/fault, but some is out of my hands. I feel like my trajectory with this blog hasn’t been where I expected it to be at this point. I’m proud of what I have built, but feel like it should at some different level by now. I have never been and am not now afraid of working my ass off, but perhaps I’m working hard at the wrong things. I’m not whining or upset. I’m just “eh”.

There is nothing here that I am actually trying to say. I don’t have any solutions, and I’m not sure if I am looking for any. I’m just typing what comes to my head with the hopes that by the end of each sentence, I’ll have some sort of grasp on my thoughts. Have you ever stood in front of your closet and even though you have a ton of clothes, you feel like you have nothing to wear? That is kind of what I am feeling right now. Maybe I’m trying to get traction? Maybe I am looking for the magical combination of things that will give me a way to name these feelings.

Let’s recap. I’m a blabbering ding dong who needs to stop blogging in the wee hours of the morning. Also, Bennett gave up two naps this week, and we took away his binky. I feel like I will never have time to work in quiet again.

If you are part of the FCCN (Frugal by Choice, blah, blah, blah) Facebook community, you saw that we ganked Bennett’s binky from him on Wednesday. Jack was nine months old when I took it away. He was fine after a day. Bennett has a different level of love for his binky than Jack did, and when it was absent in the past, he merely sucked his thumb. I kept that thing around longer knowing it would be easier to remove the pacifier later than it would be to break him of the thumb sucking habit. We had been working up to it for a few months by only allowing it at naps and bed time. He has two – one for holding, and one for having near his mouth. I chose Wednesday as go time, and I am a band aid ripper. I threw one binky in the garbage (more to keep Troy from caving). Why one? Because I couldn’t find the other one! We call Bennett “The Squirrel”, and Troy and I are convinced that he hid it away somewhere and is secretly sucking on it like an ex-smoker. Overall, it went really well. I would give it an A-+. That is a legit grade. He pretty much slept through the night, but woke up at 4:15 am and cried out for a few minutes. Went back to sleep, and continued to wake up and fall back asleep until 7. He hasn’t really asked for it since Wednesday night, and again, that is probably because it is in his tiny under crib baby safe. Passcode is “boob”. 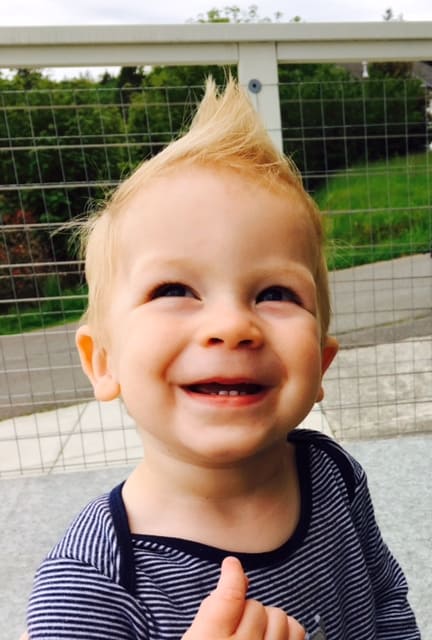 I made waffles this week, and on a whim I added a splash of almond extract to the batter. The result blew my mind. How have I never considered almond extract in waffles/pancakes before? I have updated my old waffle recipe to not only reflect the new extract addition, but to make it printable for ya’ll. It has been my go to waffle recipe for six years now, and it has never let me down. And because it is whole wheat, it is hearty AF and still delicious. 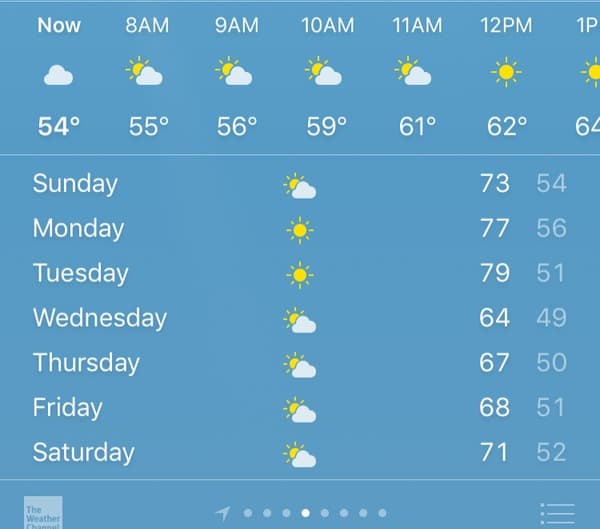 A return of line drying! I always wash our sheets on a day that Troy is at work. Clean sheet night is my favorite, and I selfishly like to enjoy it all by myself. Fresh sheets and no snoring? It’s a freaking dream.

I have recently become obsessed with grain silo homes. Have you seen these before? They’re stunning. There is one nearish to our house, and Troy and I really want to go in and look around. Based on what we can see from the road, they have one silo as a house, and one as a garage. They look super cool, and we want to poke around damnit. Knock knock, “you don’t know us, but we need to look in your house. Thanks”.

I have never seen an orange dandelion before, have you? Is this even a dandelion? It had all the greens of a dandelion, and the exact same texture. Not like I was rubbing it or anything. That would be weird. 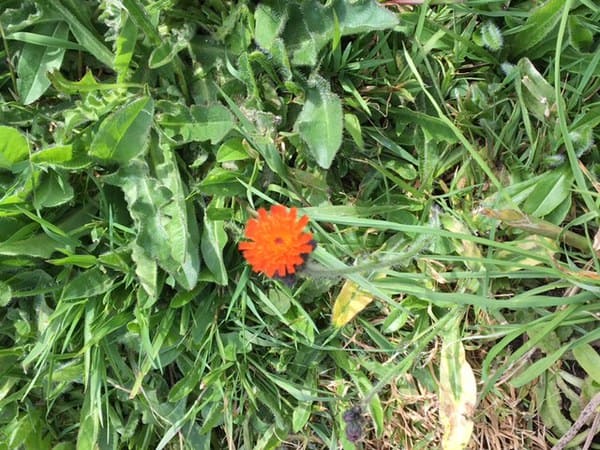 Bennett and I had a tail the other day during our walk. This hummingbird must have thought our blue stroller was a giant container of red sugar water. Can hummingbirds be color blind?

I posted a photo of my freezer enchiladas production the other day on Facebook and Instagram, and there were lots of questions! First, the recipe is from the Pioneer Woman. It’s available here online, and is from her first cookbook. I pretty much follow her recipe, but leave out the green chilies. As much as I love them, Jack thinks everything is spicy, and green chilies might send him over the edge. I use leftover pulled pork from recipes like this or this. Seriously friends, the appeal of cooking once and eating twice is huge in my book. I saute onions in a bit of olive oil or butter, and then add it to the cooked meat before stuffing the tortillas. And instead of the canola oil she calls for, I use coconut. 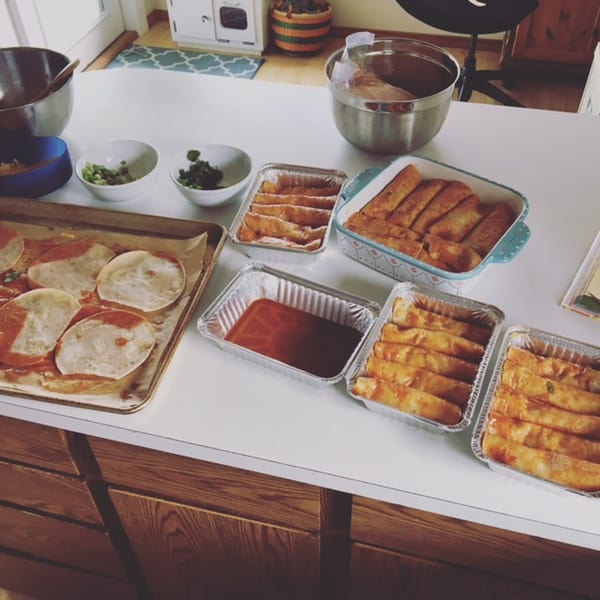 I assemble everything and then pour a little sauce over the top, a sprinkle of cheese, some cilantro and green onions, cover, label, and freeze uncooked. Whenever I make this recipe, I make a dish to eat for that night, and the rest are meant for the freezer. I buy to go containers that can be found at Cash and Carry for a screaming deal, but they’re also available online. I don’t love cooking in aluminium, but it is what it is. I prefer the smaller containers, because Troy can grab one for work in a pinch. When I am ready to bake, I pop them in the oven still frozen, and bake for the suggested time. Then I check on how things are looking, and usually add about five to seven minutes overall. It’s so nice to have a few ready to heat meals on hand for nights when I don’t want to cook, or my dinner plans go to pot.

I posted a few new bags this week on Etsy. The pug fabric has been popular, but there are still a few left, so get them before they’re gone. The unicorn fabric is pretty much the least “Sarah-like” fabric you could ever imagine, but it made me laugh so hard when I saw it in the store. Can you spot the peacock bag? 🙂 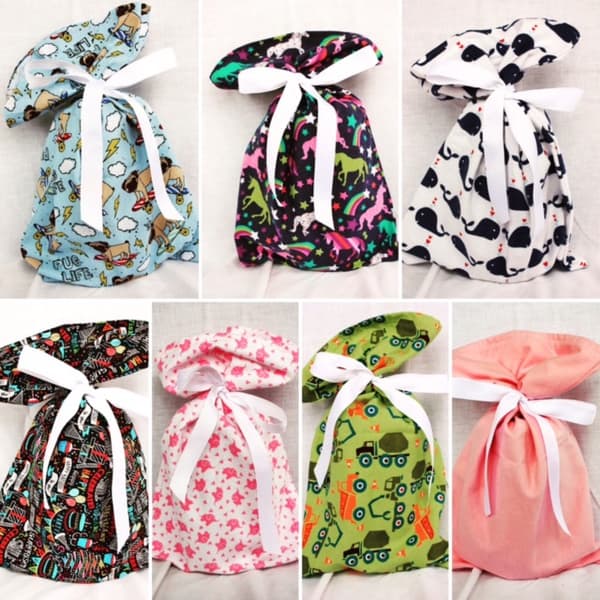 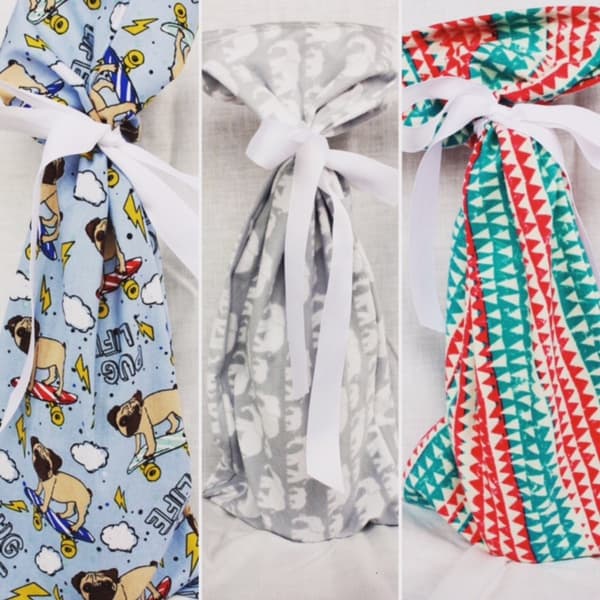 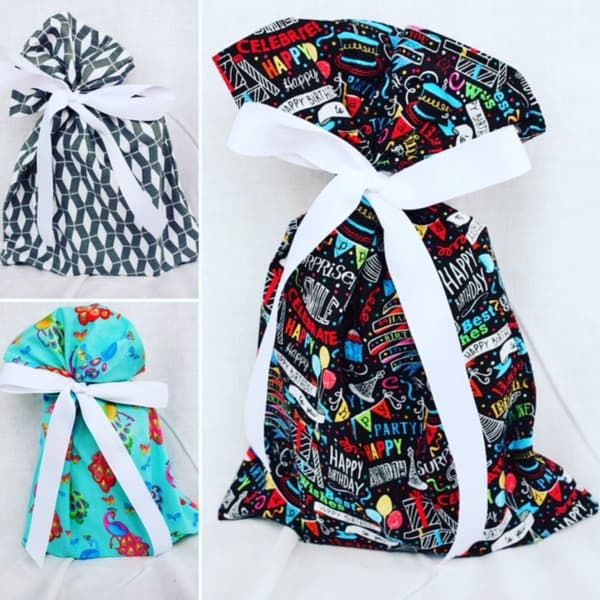 Jack came home so excited this week to tell us about his big award. I’m proud of that little dude, even if he can be a total ahole at times. He also pitched a no hitter inning during baseball yesterday, and is over his hitting slump. He loves sports, and I’m glad it makes him happy. He’ll get to play until things aren’t fun anymore. We also found a local gymnastics place that has parkour classes one night a week. He is trying out a free class tomorrow night, and I can’t wait to hear what he thinks. Part of me hopes he loves it, and part of me hopes he hates it. It’s so damn expensive to do gymnastics! Six weeks would cost the same as a whole season of baseball. Go buy some bags! Ha.

Monday:: Puff pastry bake thingy with ham and brie, and salad or asparagus. Going to Costco later today, and hoping they have local asparagus at long last!

Tuesday:: Pasta (I order fresh fettuccine from Smith Brothers for our delivery tomorrow. Now to figure out what to do with it!), and salad/asparagus.

Thursday:: Homemade pizza and salad for the boys. I’m having dinner with three friends that I haven’t seen in months! So excited.

Saturday:: Takeout or out.

Smith Brothers – $18.95. We could not find organic English muffins in any of the stores, and then voila I found them at Smith Brothers! I ordered that cold brew knowing the day after taking the binky away could be a long one. It was actually a decent night of sleep, but I drank it anyway. It has more caffeine in it than I typically drink a few months, so I offered a few readers on Facebook a deep cleaning of their home and garage. And then Troy towed a rope around my waist, and I towed the car home to save on gas. 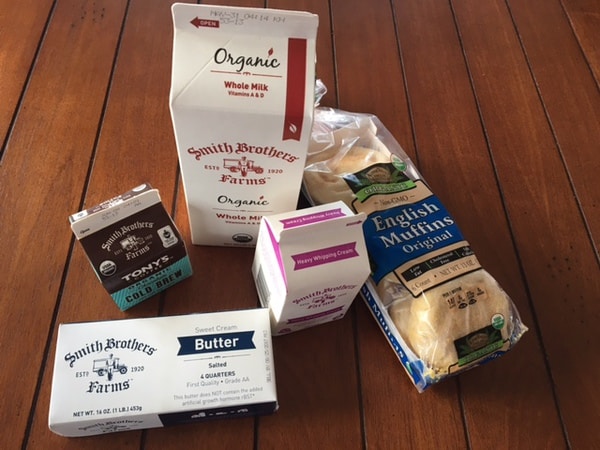 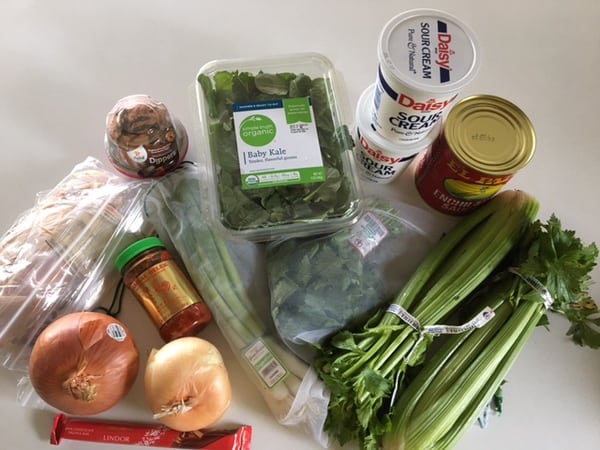 Yogurt and Lindor chocolate were Friday Freebies. Jack said the yogurt was gross. I did not feel the same about the Lindor. 🙂

Safeway – free. My friend Krista texted me to tell me about this screaming deal on Tillamook ice cream at Safeway. I never shop at Safeway (I think their prices are much higher than Fred Meyer, and the parking lot at our Safeway is a freaking nightmare), but was all over it. They had Tillamook on sale 2/$5. If you have the Safeway app (I had to download it), there is a $1 off coupon for Tillamook, and then a $.50 off coupon for any frozen aisle item. Once you purchase it, a $3.00 off coupon prints out at the register. And then we went and got two more cartons, and it all started over again. Even got another $3 off coupon. Out of pocket I spent $$3.50 for the first two, and then $.50 for the second. Ibotta has a $1.00 off coupon for Tillamook ice cream, and you can claim two per receipt. So in the end, I got all the ice cream for free. Boom! We have family dinners at our house, and it’s nice to have ice cream options for dessert. 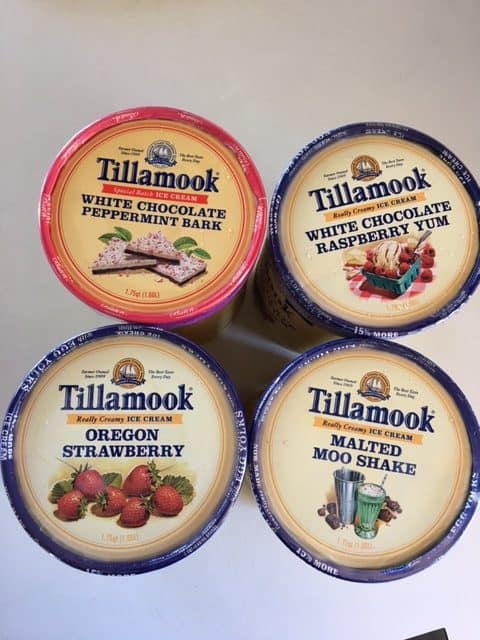 originally posted on May 21, 2017; Updated on May 25, 2018
16 Comments//Leave a Comment »
Categories: Meal Plan, Scattered Sundays
« Previous PostFree Apps and Tools I Use to Save Money
Next Post » Eight Tips for Line Drying Laundry