Scattered Sundays and Meal Plan for May 8th-14th

Big week. Heavy week. Scary week. Judging by the 17% approval rating, I’m sure many of you can understand my overwhelming feeling of dread about the House’s vote on Thursday. Blah. Ugh. And meh. In looking at the pre-exisiting conditions exclusions, I think I can safely say we’re all pretty much screwed. I know my parent’s don’t even make it out of the top five alphabetically before they’re out of the running (which is funny cause neither of them can actually run). It is a lot to take in for everyone.

I’ve been skirting around the issue for a month, but the fact of the matter is, my mom is now officially on hospice. It is a wonderful service, and we are so very fortunate to have this team of professionals working on our side. There is no choice in the matter to develop MS in your early 20’s (it is called The Prime of Life disease for a reason), and there is no choice in the matter of getting liver cancer despite drinking a whopping four glasses of wine a year. None of this is fair, and she didn’t have a say in any of it. Hospice gives her choice. It allows for dignity and the ability to make decisions that have her best interest in mind.

Some of us may get through life without anything that would exclude us from quality care (doubtful), but in the end no one avoids the inevitable. The grace of choice is something that we all deserve. As a country, we fund what is important to us. Can we not collectively take a stand and say that there shouldn’t be a label on who deserves dignity?

Ok, end of emotional rant/plea. Let’s switch gears, because I’m getting worked up.

After removing mascara from the upper half of my face due to sneezing while doing my make up, I had to acknowledge that allergy season is indeed here. It will only be a matter of weeks before I am tempted to peel all the skin off of my face, pop out my eyes, and itch them on the concrete.

With this wet spring dragging on and on, we had a crazy week of weather. Some pretty epic thunderstorms, which are incredibly rare in this area. They came in the evening after a 73 degree day that seemed like it was 90% humidity. The plants don’t seem to know what to think, and our grass is growing faster than Jack. With the increase in temps, I can maybe stretch the one pair of pants with two intact knees that he still owns. Next school year, he is only getting Carhartt double front pants.

You know who is awesome? Like super cool and bad ass? You guys! It is just a few days in to the seven day “sale” for charity that I announced on Friday, and I have had the privilege and honor of processing orders for many of you. It’s rad and inspiring, and I’m having so much fun I am thinking of making this an every other month kind of thing. So many great causes, and so many bags to sell! Any suggestions for an organization we should focus on for July?

Have you ever woken up and it feels like you sprained your butt? This morning it feels like I have done squats for days, and my glutes are sore. I was on my feet a normal amount yesterday, and didn’t even walk the hills with Bennett, so I have no idea what is going on. A sprained butt seems like an easy enough explanation. No, I don’t have any medical training. Why do you ask?

Today is my nephew’s seventh birthday, and we went to his party yesterday. Weather was decent, food was great, and the kids had a blast playing in the tree house that my brother-in-law built. 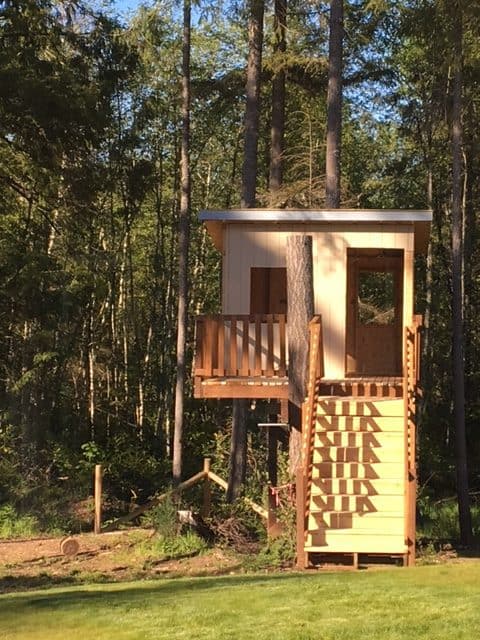 It’s pretty epic, isn’t it? I swear that thing is bigger than our LA apartment. My nephew got a box of Bunchems for a gift, and we unfortunately found out the hard way that those things get stuck in hair. Hardcore. Some of the kids were playing quietly and apparently with a bit of mischief, and as things go, this kid ended up with a ton of them in her hair. 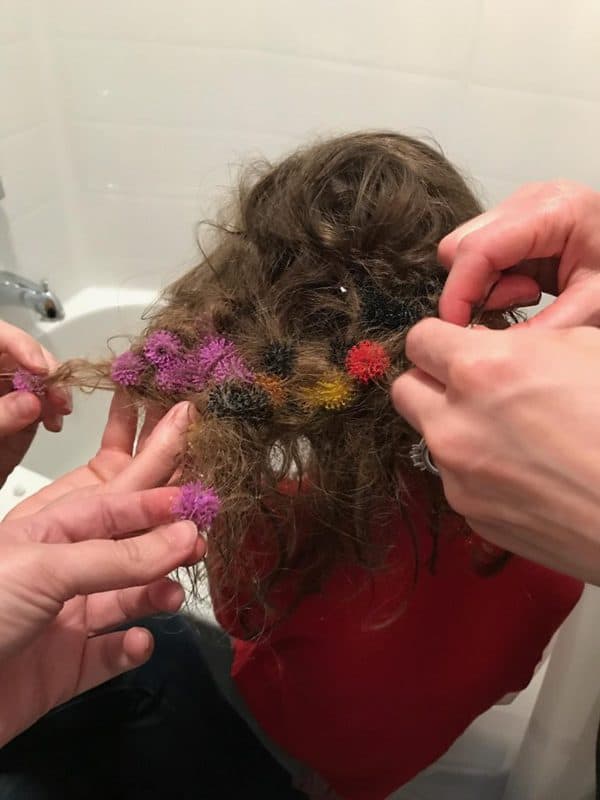 After an hour of my sister and I oiling this poor girl’s hair up with conditioner and working them out, we managed to free about six of these hell fire toys. Her aunt took her to get a hair cut at the mall because it was the only place open. The stylist who isn’t really a stylist, but apparently a witch, got almost all of them out with detangler. The last few had to be cut out. It took a total of two hours to remove 35 of these things, and they left the salon well after the mall closed. There were tears, but almost all of her hair was salvaged. We had been convinced she would have to get part of her head shaved, because they were so close to her scalp. 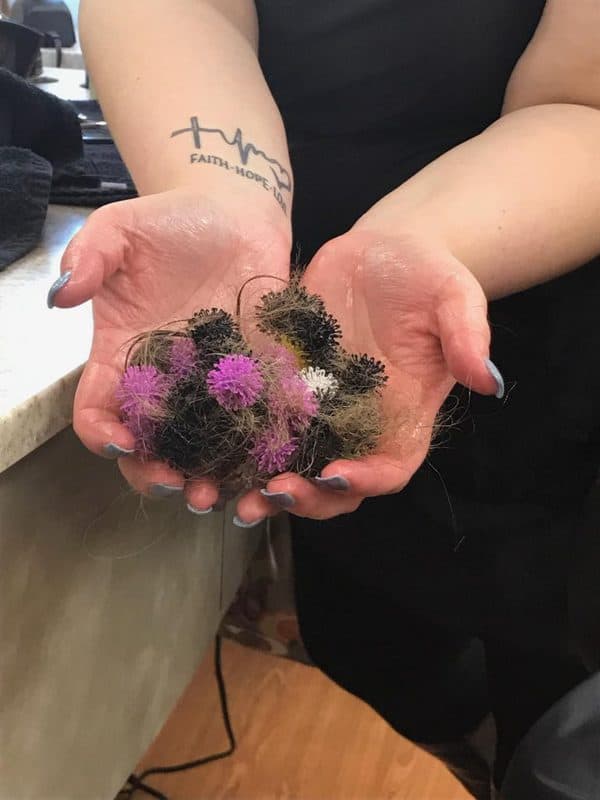 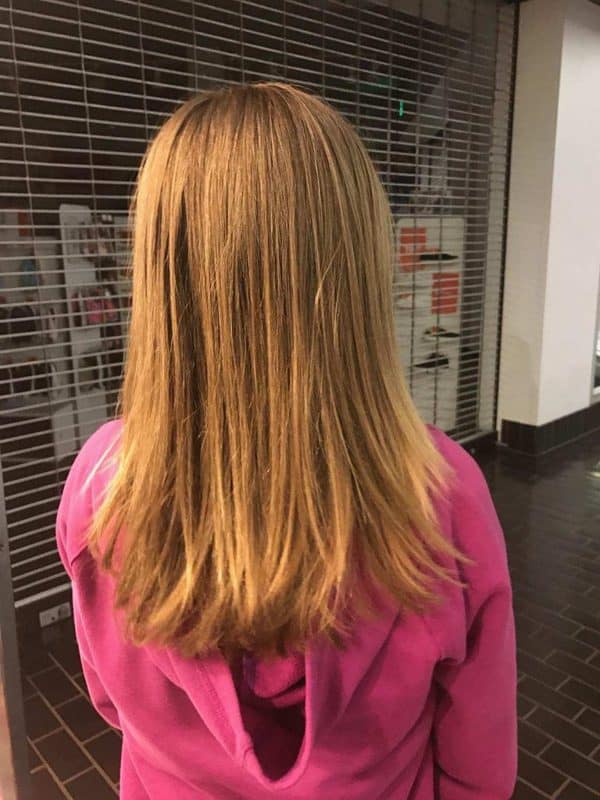 I have absolutely no idea what to make for dinner this week. There will be soup, and grilled chicken kebabs with salad and green beans (canned from last year’s garden). And I’ll likely need to do breakfast dinner because of baseball. And popcorn and movie night. Oh and family dinner/Mother’s day. Oh hey, look at that. I do know what we’re having!

What is on your menu?