I got the all clear from the podiatrist this week, but I think my doctor has a serious love of feet.

I’m just jumping right in this morning, I guess.

I had a follow up on Monday after my painful procedure a few weeks ago. He took the bandages off and whistled. That could be a good sign, right? He told me that I responded very well to the treatment (who doesn’t respond “well” to fire beetle acid on their skin I wonder?) and that things looked great. As he started in at my feet with a scalpel, he got almost giddy about the progress of the spot on one of my toes. I started laughing and said, “Wow, you really love feet”.  I was nervous we were approaching a Quentin Tarantino movie situation (have you noticed how obsessed that man is with feet in his films?) and it would soon get weird. He then calmed himself and explained he was excited about the positive outcomes of a treatment.

So, I can walk without pain now. I still choose to wear slippers in the house (a ratty and hideously pink pair of Toms) because it is more comfortable. I wore flip flops for the first time, and it was glorious. 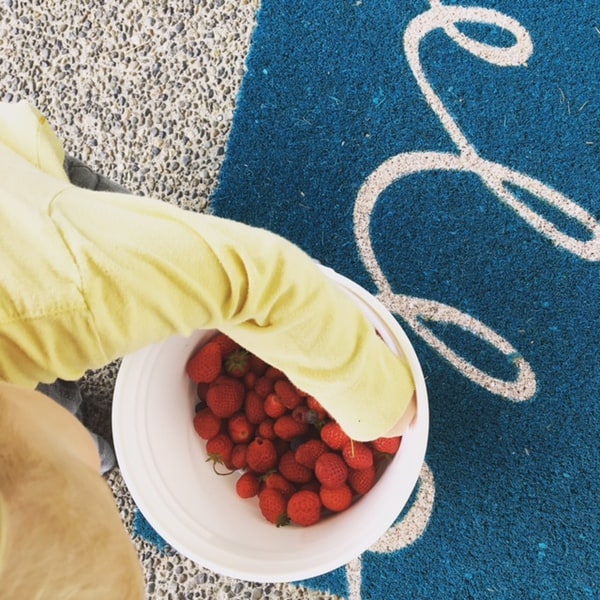 We welcomed a new family member into our home this week. I have decided to call him Bowie because he is “under pressure”. 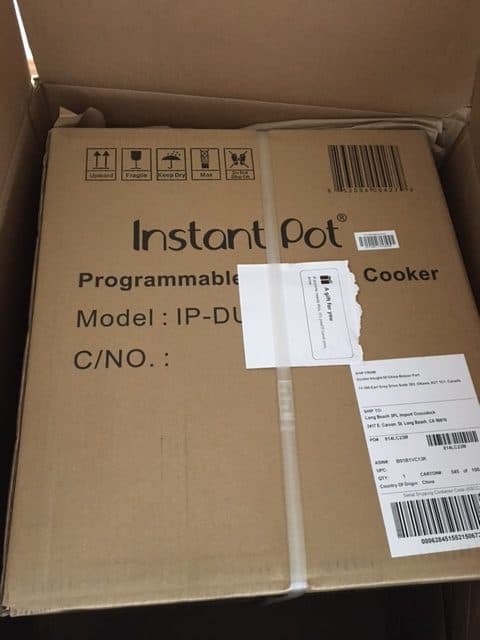 It arrived as a random gift from my friend Anne. It was such a crazy surprise, but the girl knows my heart. I wasted very little time allowing it to collect dust, and read the manual from cover to cover. I searched all over Pinterest for a good starter recipe. I had been planning to make shredded chicken in the crockpot the next day, so I used the instructions on this Pin for my maiden voyage. After making it, I realized the directions in the recipe are missing one step, which is to set the gauge on the lid to “pressurize”. I totally forgot, so I ended up cooking it twice just to be safe.

The chicken was frozen when it went it and came out about 30 minutes later (5 min to pressurize, 18 minutes to cook, and 5-10 minutes to depressurize) perfectly tender and while I hate to use this word, it was “moist”. Yeah, I just puked in my mouth even typing that. Had I cooked it in the crockpot, it easily would have taken 6-8 hours. It was perfect as I shredded it with two forks. I posted an excited video of it on Facebook, and two readers shared a pro tip with me. Apparently, you can easily shred chicken/pork in a Kitchen Aid mixer with the paddle attachment. So cool. I learn so much from you all.

We served the chicken on street tacos, and it was delicious. Next up, I tried black beans. I had soaked them, so they only took about 25 minutes to cook (plus 5-10 minutes to pressurize, and 5-10 minutes to depressurize). Rumor has it you can even cook dried beans in under an hour without soaking them. Mind blown. BLOWN. We’re tackling a whole chicken later this week!

I told my sister yesterday she needs to get an Instant Pot herself. During the school year, they’re gone from the house for 10+ hours. She complained that food in the crockpot is usually mushy and overcooked by the time they get home. Knowing you can make shredded chicken using frozen meat in under 45 minutes could be a total game-changer for them.

Do you have an Instant Pot? What is your favorite thing to make in it? Since it also works as a slow cooker, do I really need to keep my seven-quart crockpot? My small 70’s kitchen is running out of storage. I’m excited to share recipes with you all as I try them out!

We tried two other new non-Instant Pot recipes this week, and both were great! I found each of them on Pinterest and they were both hits with the family. These zucchini noodles were delicious (I ended up adding garlic and some pickled carrots I had in the fridge leftover from this recipe). Jack doesn’t love zucchini, but he tolerated the noodles with minimal whining. Bennett, on the other hand, devoured them and asked/signed for more. 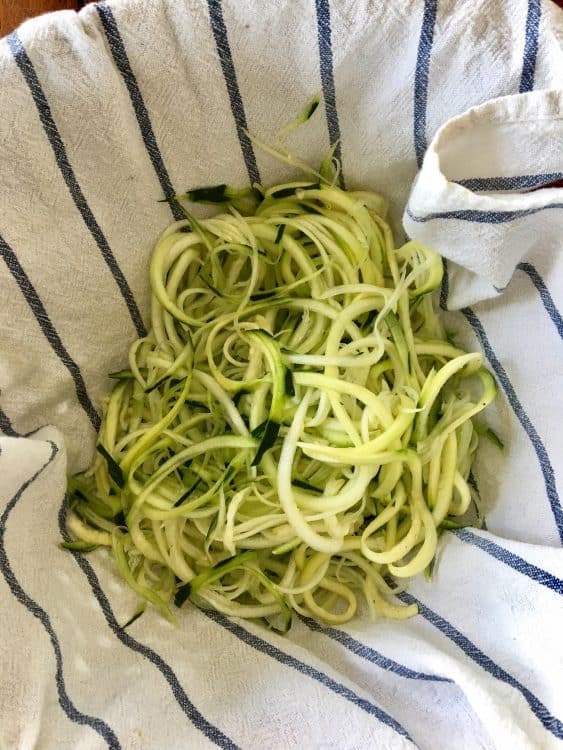 The noodles were paired with this sesame chicken, which was also delicious. I dumped a crap ton of spicy Korean chili paste on my serving because I desire that Asian dishes I eat, also sets my mouth on fire. My only suggestion for the chicken recipe is to add something to it that will crunch, but that is just personal preference. I think next time I’ll throw in some celery and onion to stir fry, and then some cashews or peanuts in at the end. 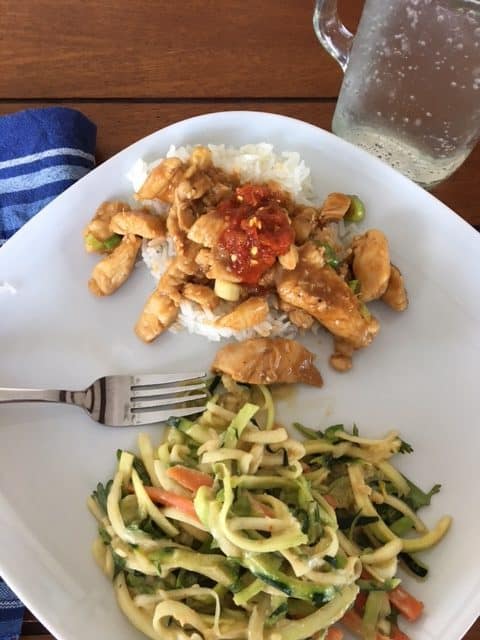 This was a favorite meal we had last week. Frittata with eggs from our chickens, strawberries from the garden, and local asparagus. Yum! 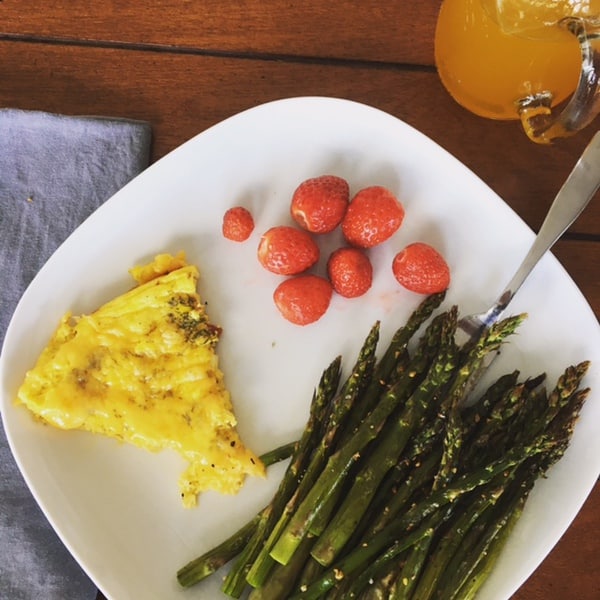 Jack did a 3D art class at the library last week. Our library system does a kick ass job of offering free summer events to kids of all ages, and I swear every year it gets better and better. They used 3D pens and a 3D printer to create shapes. Like me, the kid has zero artistic ability. He struggled with it but had fun anyway. Maybe it makes me an ass, but I am glad that occasionally things aren’t easy for him. Reading, sports, and academics have come easily to him, but when he comes upon something that he doesn’t naturally excel at, he instantly gets frustrated and shuts down. We’re working to help him find solutions when he finds an obstacle in his path. I also think it provides an opportunity for empathy towards others who may not learn as quickly as he does. 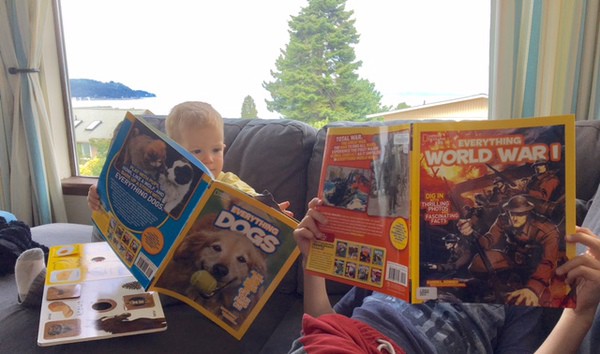 Friday, Troy’s grandma celebrated her 91st birthday. Maybe I am easily impressed, but that is a pretty amazing feat in my eyes. 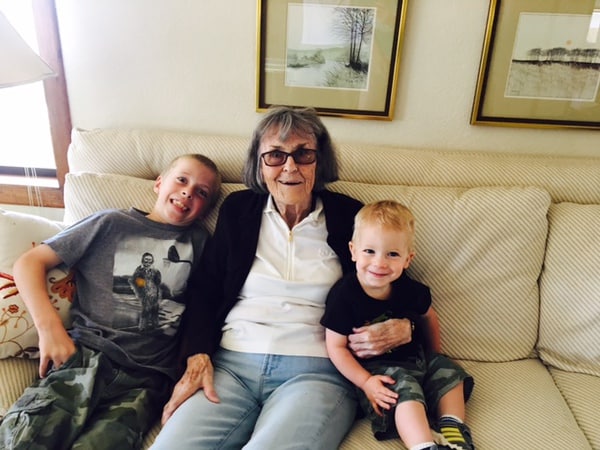 Tuesday:: 4th of July BBQ at my in-laws. Technically we eat at 2, but actually, we graze from the time we get there, until the time we leave. I roll myself home.

Smith Brother’s Farms: $19.95. I’m starting to think we have a bacon problem. 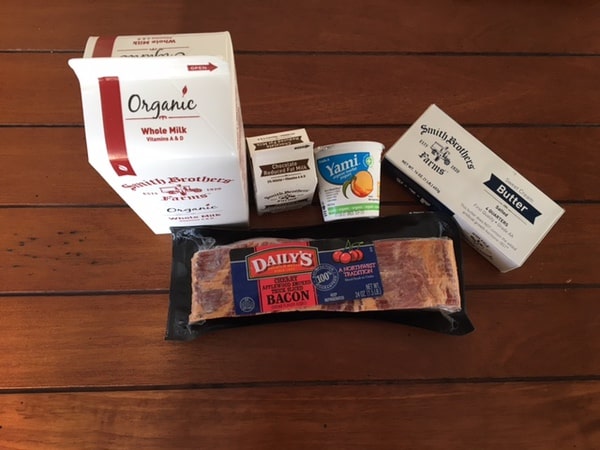 Costco –  $31.12 (price doesn’t include Jack’s allergy meds. That isn’t part of our grocery budget). Noosa (so good), and those organic watermelons are new and we devoured them in days. Want to know how to cut a watermelon like a boss? Check out this post. It was 90 degrees last Sunday, and we were in-charge of dessert for family dinner. Drumsticks for the win. 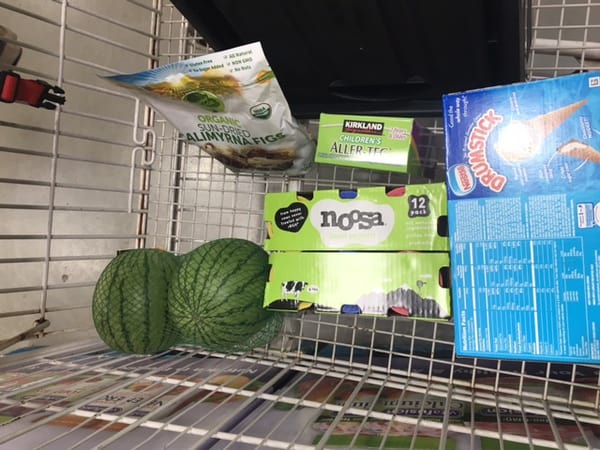 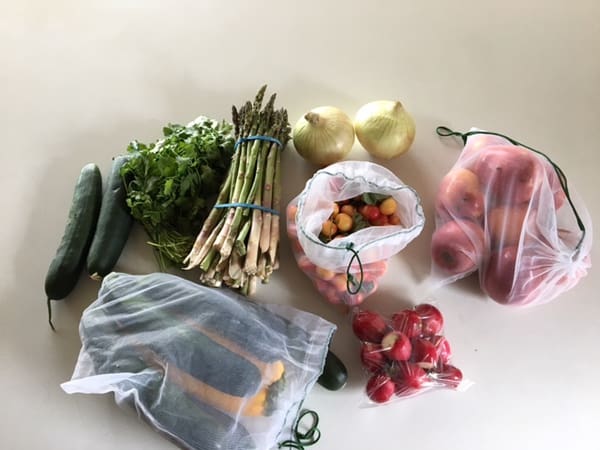