I feel like this week went on forever. Each day seemed to drag on for a week, and yet here it is, Sunday again. How did that happen? I’m going to say physics? 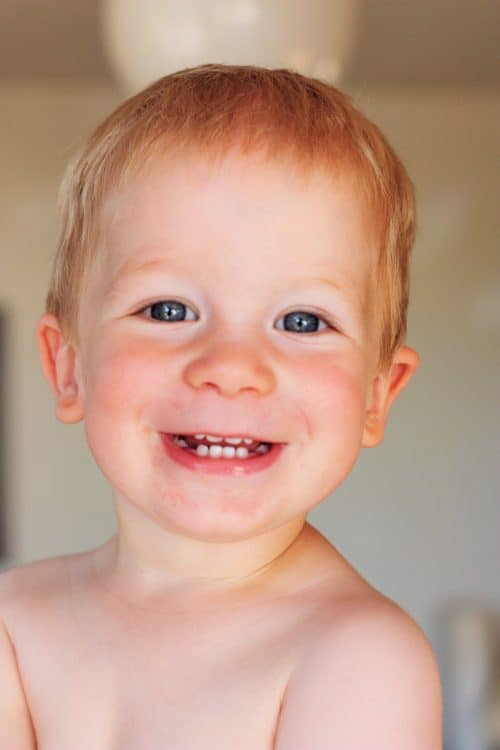 Troy was at work almost every day this week (24-hour shifts). From a financial standpoint, that is wonderful. From an “I’m not going to go insane” viewpoint, it was not so great. My sister watched the boys for a few hours so I could go to a coffee shop and get some work done, but I feel like I am just trying to swim in quicksand and let’s be honest, I’m a crappy swimmer.

I have been accused many times in my life of being a Pollyanna, and I will gladly own that title. 🙂 So, with the hard days and short nights lately, I try to check myself and practice micro-moments of gratitude.

Jack recently discovered the Hardy Boys novels. Well, the audiobooks at least (free from the library). Kid can read at the 5th/6th grade reading level, but he still wants illustrations on every single page. That is why he loves graphic novels so much. Listening to the audiobooks in the car, I realize how dated the words and storylines are. They’re very sweet/quaint. In the book we are currently listening to, the boys are on the hunt for bad guys who are smuggling “rare and stolen drugs” into Bayport. Where is Bayport anyway? The character voices makes it sound like it is in New England, but their dad often takes the train to Detroit. I’m very confused.

Much like It’s a Small World, the Hardy Boys were reflective of the lingo of the time, but you realize how outdated some of the content seems listening to it as an adult. All “foreigners” are described as swarthy, and they have the most stereotypical names and characteristics ever. All the white chicks are named Sally, and people say things like swell and golly. Jack has been fairly confused along the way until I tell him “people used to say stuff like that”. Regardless, he is entertained, and there is only a hint of any scary violence in each story. It is generally clean fun. Now, if he would only read the dang books. 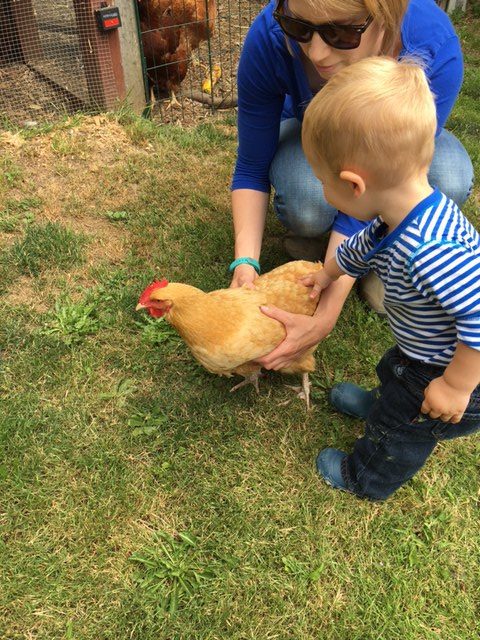 With the lovely weather we had this week, our windows have been open wide to let fresh air in. I’m sure that my neighbors also all think I am a horrible mom. In my “I’m going to snap” kind of moments, I uttered the following: 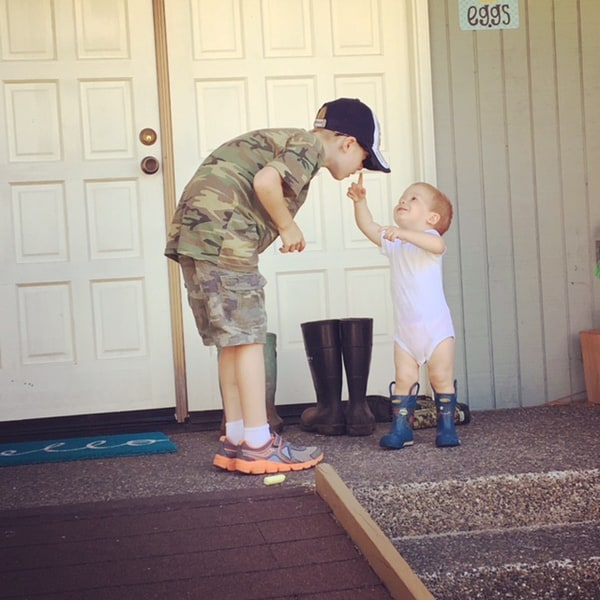 For the next few weeks, we’re back in the swing of things with evening baseball practices. Jack is moving up to the next level of play in spring, and they are a bit more intense about the whole thing. They are doing a summer camp one night a week for four weeks, to help kids get ready for the pre-start practice they hold in winter. Why do they hold practices in winter? Well, it’s really a draft. For nine-year-olds. Yeesh.

There is a coach we have been following since Jack was in t-ball, and every year we hope to get on his team. His kids are not the best in our league by any means, but he is the most positive dude ever. The kids love him, he respects them, and basically, everyone seems thrilled. Jack is consistently a very solid player. He fields the ball well, pitches great, and was the highest scorer for the bat-a-thon this year out of six teams. He’ll likely be sought after for the draft (eyeroll), but we have all our fingers crossed that he gets on Coach Captain Positive’s team next year.

All this to say, I’m back to rushing dinner early to get to the ball fields.

Hey, are you following me on Instagram or Facebook? How about my Etsy shop The Blind T-Rex on Instagram? If you’re not, you’re going to want to get on that. Like yesterday. Later this week, or early next week, we’re having a Christmakuah in July blowout! There will be flash sales, exclusive discount codes, and other cool stuff. I’ve been working hard on holiday bags over the last two months, and I’m ready to get some space back in my “giant” 21 sq foot sewing closet. It’s getting cramped in there people.

And speaking of deals, if anyone wants Dora giftbags, please let me know. I got two huge boxes of fabric, and some of it super random. Inside it was a set of Dora sheets. Etsy is pretty squishy on selling character licensed products, and even though people do it all the time, I’m not willing to go down that rabbithole. This fabric doesn’t have the normal “this is for home use only” legalease, but why chance it. Contact me if you’re interested in some Dora bags, and I will gladly get some space back in my sewing cave. 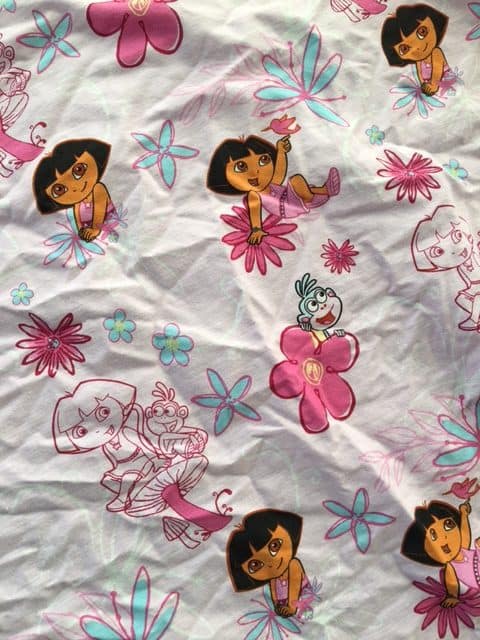 Can’t find your backpack in my closet under the stairs?

In trying to stay busy this past week, we hit up the zoo. They have an amazing exhibit going on right now called Washed Ashore. They display giant sea animal sculpture made from debris found on Oregon beaches. Seriously, the animals were stunning, and all made from garbage. 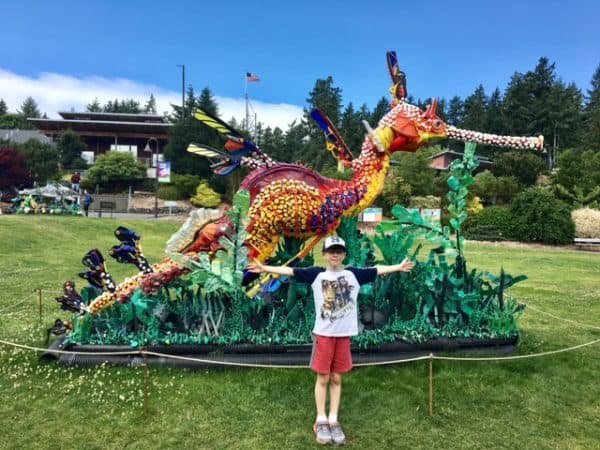 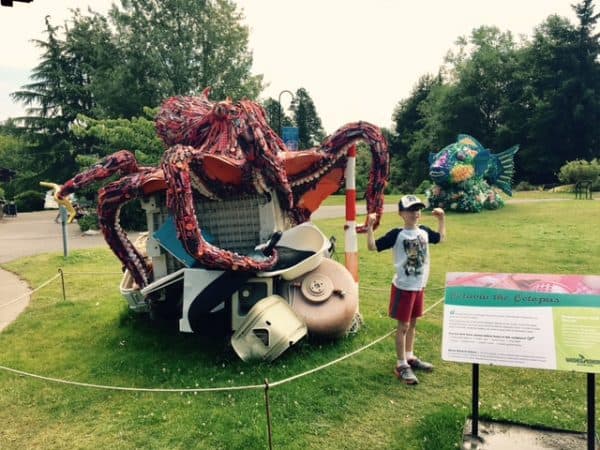 Me to insane Jack: “stop swing your arms like a crazy person”.
Jack to me: “I’m not swinging my arms”. 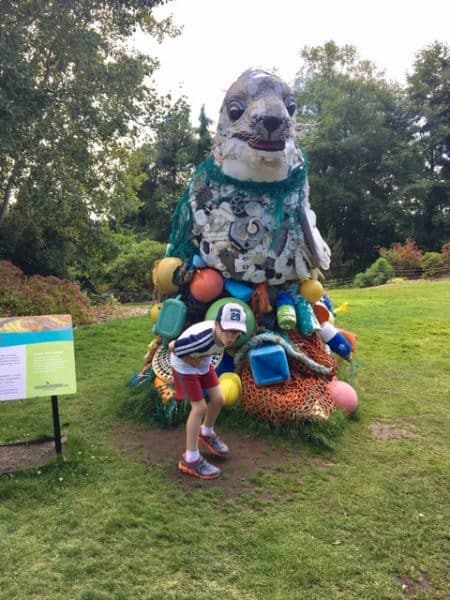 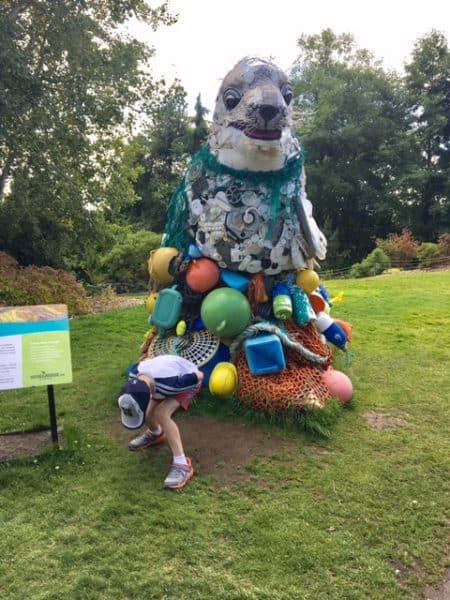 Always listen to your mother.

I bought some bulk wheat berries recently, and this bag has a bunch of tiny little rocks in it.  At least I hope they’re little rocks. It’s so rare to get a bag with so much debris in it, and I’ve been slogging away and removing them prior to grinding the wheat in to flour. I know you envy my wild nights. 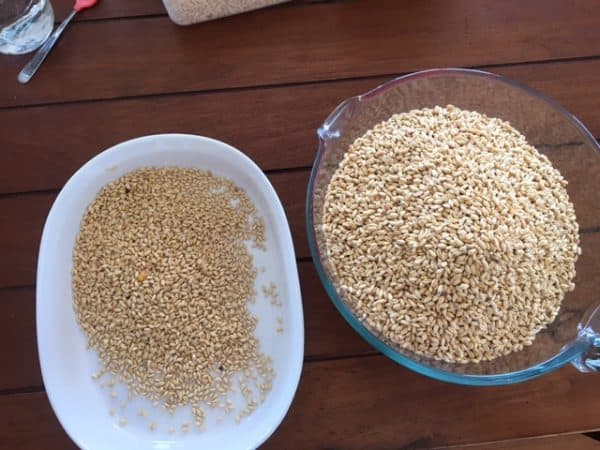 Remember how I thought all my spring seedlings rotted because of our rainy spring? Well, the beets and carrots survived and are thriving. I planted them using my homemade seed tape, and I will never plant another way. Those tiny little carrot seeds are always my nemesis, but using seed tape made it so easy. Once I rip the garlic out of one of the planting boxes, I’ll start my fall direct seeded items in that space. Again, wild life being lived over here! 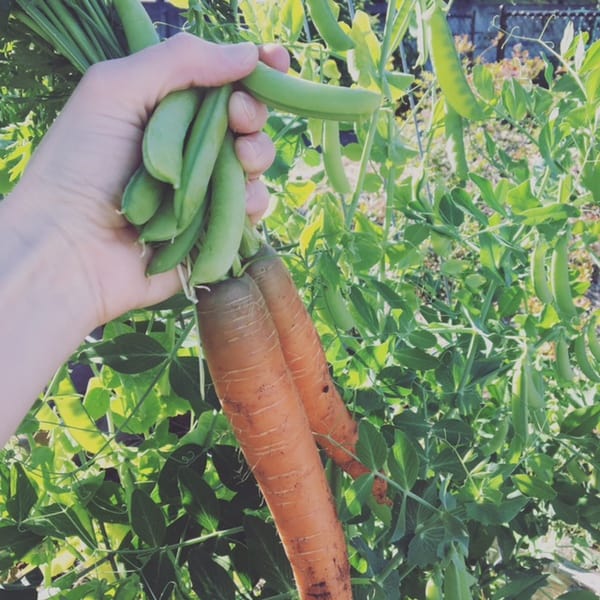 Tuesday:: Weeknight Chicken Parm (I need to reshoot the craptastic photos in that post and make it printable, so I “have” to make it again), grilled zukes, and watermelon.

Wednesday:: Organic hot dogs, cucumbers, and watermelon. Yes we had organic hot dog last week. They were on sale a few weeks ago, and I desperately need to make more space in my fridge.

Thursday:: Grilled chicken, oven-fried zucchini (guess who is making that because she needs to retake photos and make that printable? This girl), and cherries.

Saturday:: Leftovers. If there is nothing in the fridge, they can all starve. 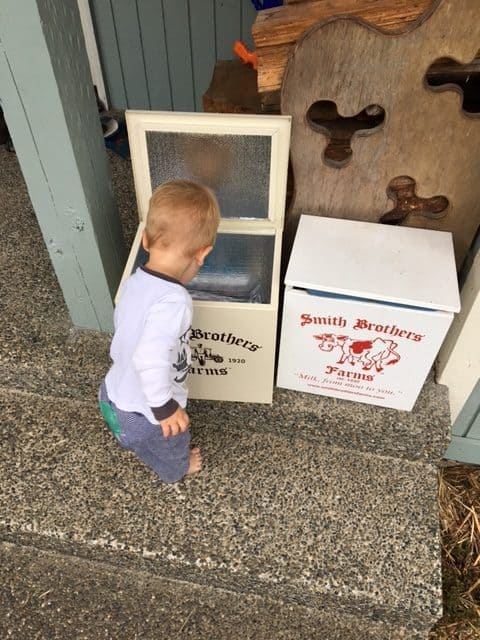 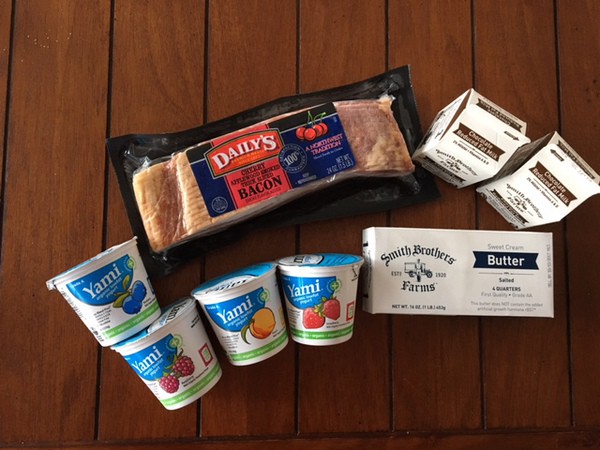 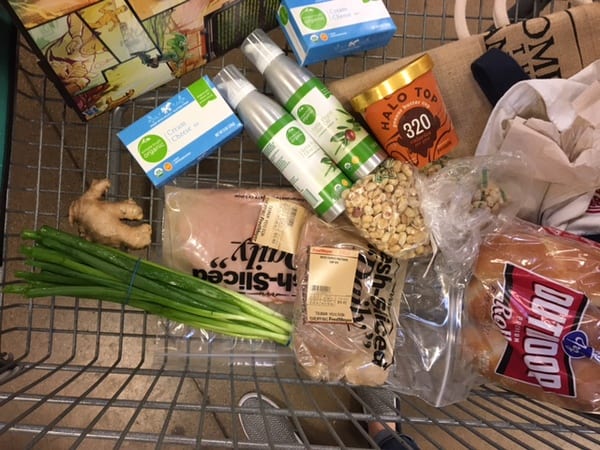