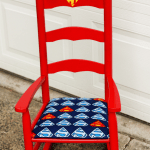 DIY Superman chair project that converts a $4 thrift store chair into a superhero throne. This is an easy, inexpensive and fun project.

A few months ago, the lad and I were at Goodwill.  I saw a woman with a little rocking chair in her cart and thought “what a great idea; Jack needs a rocking chair in his room”!  I asked her what section she found it in, and she pointed it out, and J Bone and I headed over there.  She called out to me “if you can’t find another, you can have this one because your son is so cute”.

Ok, of course, I think my kid is cute, but for a random stranger to offer me a great Goodwill find?  So sweet.  And such an untapped resource. I wonder what other things I could get from people…?

The dear woman need not fear because Jack and I did find another rocking chair back in the furniture section. And it was, so flipping ugly.  Some Holly Hobbit loving loser from the 70’s thought this would be a good look. She was mistaken. 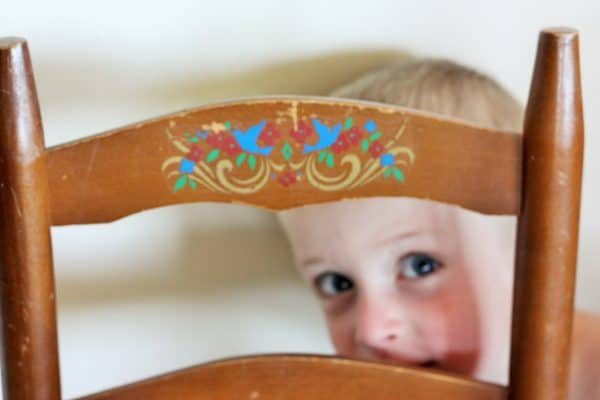 It sat in Jack’s room for months, and oddly he started using it as a timeout chair.  That was not the original intention, but honestly looking at it made me think “industrial prison system”, so I could see where Jack was going with it. 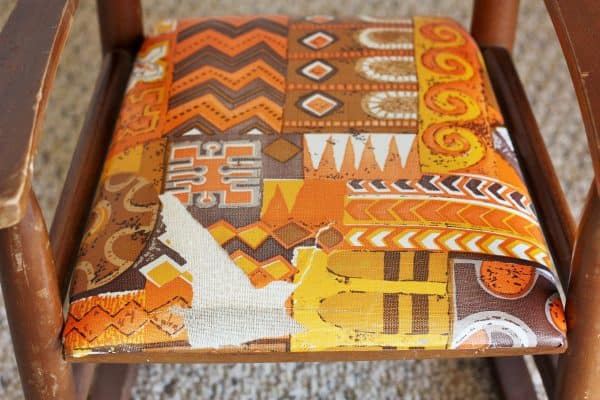 Last weekend, Troy was gone (per usual), and Jack and I were getting a wee bit restless. I blurted out “let’s paint your chair and put cool fabric on it”!  Jack was game.  I was game.

We started by going to pick out a paint color.  My red loving boy naturally picked the brightest red you could imagine.   We used a spray paint with primer included because I was not going to paint this thing by hand.  Next stop was the fabric store where he picked out a bold Superman pattern. And just like that, the Superman chair project began to take shape.

I started by prying the seat off using a flathead screwdriver. This took forever because the seat was both nailed in and glued to the base.

Then, I used the same screwdriver to pry up the approximately 4,398 staples that were holding the disgusting vinyl on there. The previous owner also felt the need to glue the fabric down. That was NEAT. 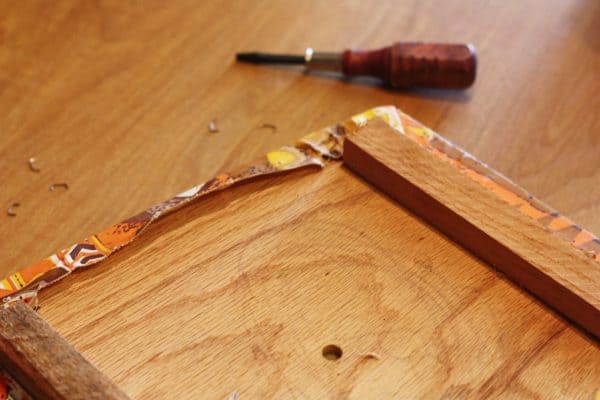 Then, I laid the Superman fabric face down and the seat face down on top. 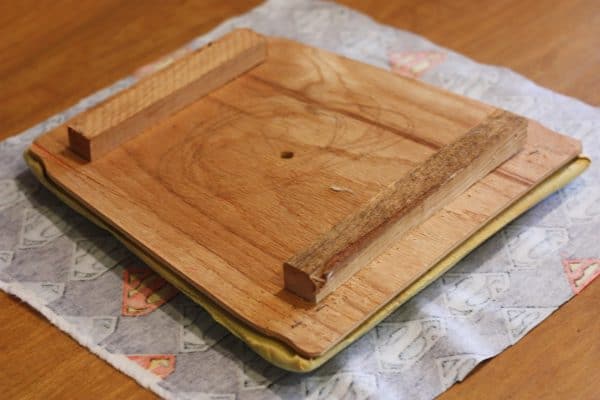 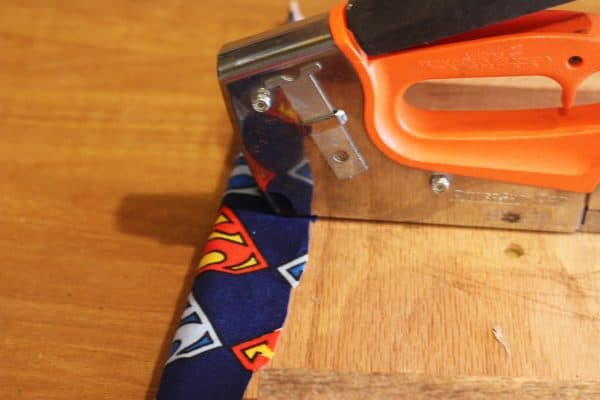 Here is where things all went awry.

Jack begged and pleaded to get to spray the spray paint.  I turned him down a few times, but eventually, he won out. The conversation basically went like this:

Me: Jack, if I let you use this paint, you have to be SO careful.
Jack: Mommy, I promise you I will do such a good job.
Me: Jack, I am serious. I have to be able to trust you. (hands over the spray paint)
Jack: Mommy, I will be extra careful and be such a big boy. Look, mommy, a crow! 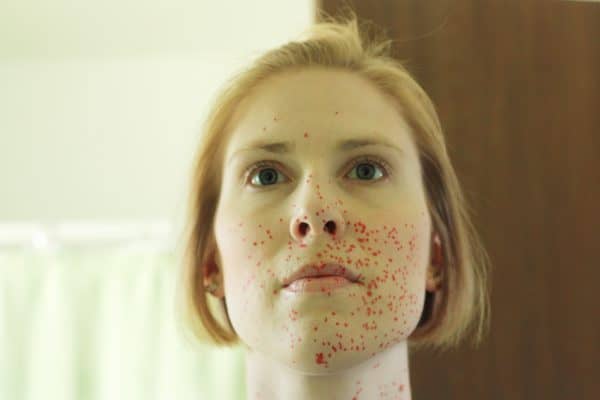 For your own reference, slathering coconut oil over your face, neck, arms, hands, and calves and then scrubbing them with a dry washcloth a few times will remove bright red spray paint.

After that, we let the chair dry overnight. Then Troy came home and thought up a pretty genius idea. He was going to detail an “S” for Superman on top of the chair.

Whoop, there it is. Hashtag Superman chair rules.

Troy downloaded a template from Google Images, spent an amazing amount of time cutting it out with a razor blade.  The stencil got a quick spray with yellow paint, and then the whole thing was left overnight to completely dry. 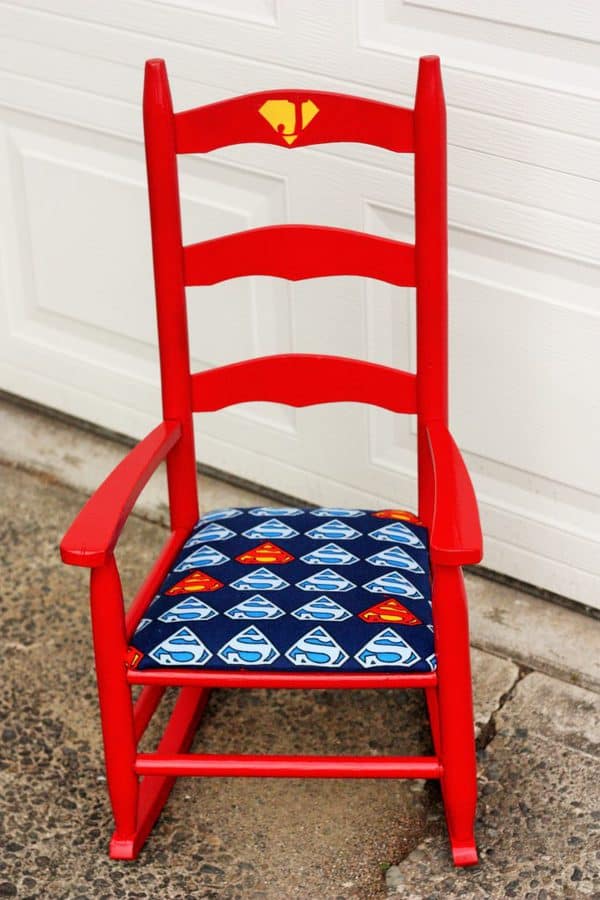 Almost worth a nice squirt of red spray paint to the face.

This Superman chair project post was originally published in 2013, but updated in 2017 with more detailed photos.