My friend Mary was shocked to find out that I am a total chicken when it comes to public nursing.  I asked why and said “is it because I’m so in to healthy and natural living, and crunchy people like me are all into breastfeeding”?  She said “no, it’s because you don’t give a shit about what people think”.

That being said, public nursing has never ever been my thing.  With Jack, I had to use the f@&king nipple shield for over two months, and that was incredibly awkward to try to use while covered.  And both boys have been crazy distracted nursers, to the point where a bypasser would likely get a nice squirt as they walked by, thanks to a bird or something shiny that caught the eye of my eating child.

And thus, I have been one of those moms who find a super dark corner, use their car, or will nurse in a dressing room while out and about. I’m fairly certain I have logged more hours nursing in Target dressing rooms, than actually ever trying on clothes there.  With our trip this spring to Disneyland, I knew that all day nursing sessions would need to take place, and my previous “hiding places” were not available.  And despite my googling, I couldn’t find if Disneyland had nursing rooms (and if they don’t, shame on them.  Even IKEA has a nursing room).

While reading an article about new baby products for 2016, I came across a cool breastfeeding wrap called Covered Goods.  Covered Goods is a nursing cover, infinity scarf, car seat cover, and shopping cart cover, in one adorable product.  I reached out to them to see if they wanted to work with me, and the Cliffs Notes version (side note: do they make those any more with the invention of the internet?  I never used them because I’m a nerd and love reading, but I know they saved many of my friends) of my email was basically “chicken shit nursing mom, Disneyland, nervous, boob sweating from thinking about it, help?”.  Their media team worked with me (I think they felt sorry I was such a wimp), and even shared that the creator of Covered Goods actually designed her first cover for (wait for it)…a family trip to Disneyland. 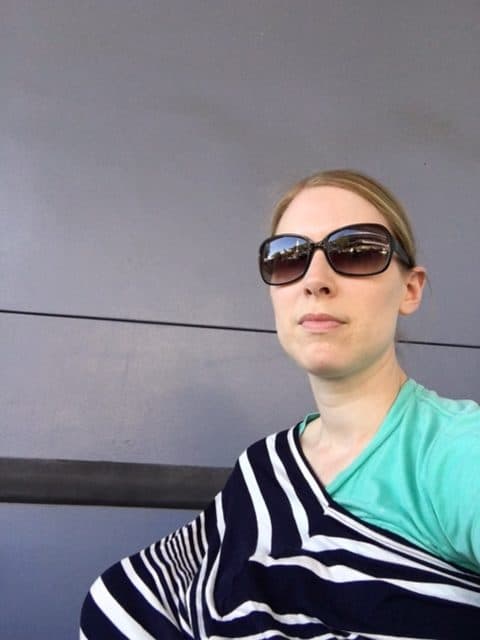 Covered Goods is a four-in-one nursing cover that are hand cut and hand sewn in the United States.  That’s right – another awesome product that is made in the USA (we make so little any more)! They come in many cute colors and patterns (ohhhh that bicycle one is so dang adorable), and offer so much flexibility with your nursing preferences.

My Covered Goods wrap arrived super quickly, and thankfully a few days before our trip so I could practice with it in the privacy of my own home.  With Jack, I had one of those nursing covers that have the metal piece in the neck area so you could watch your kiddo nurse.  In theory, it was fantastic, but for me, the fabric was only enough to offer coverage in the front.  A stiff breeze, or a ninja kick from my psycho infant would lift up the cover, exposing me.

Covered Goods is built more like the world’s most comfortable jersey knit skirt.  With a small opening at the top, and a bit more flared at the bottom, you can simply slip it over your head and keep both arms under the wrap (after a few days it became my preference), or one arm free and out of the cover.  Instead of having to attach straps or position something just right, you pop it on and you’re done.

One of my favorite uses for it was as a stroller cover.  We had lots of sun and hot weather, and my pasty little ghost baby was (is) too young for sunscreen.  It was awesome having to only pack the wrap instead of a nursing wrap and a light blanket to provide shade. 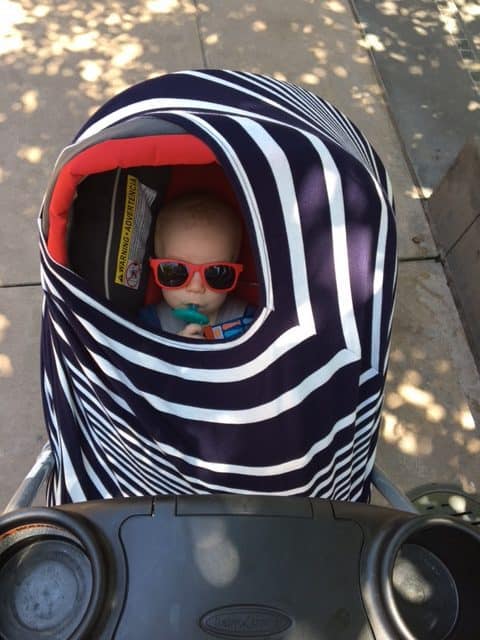 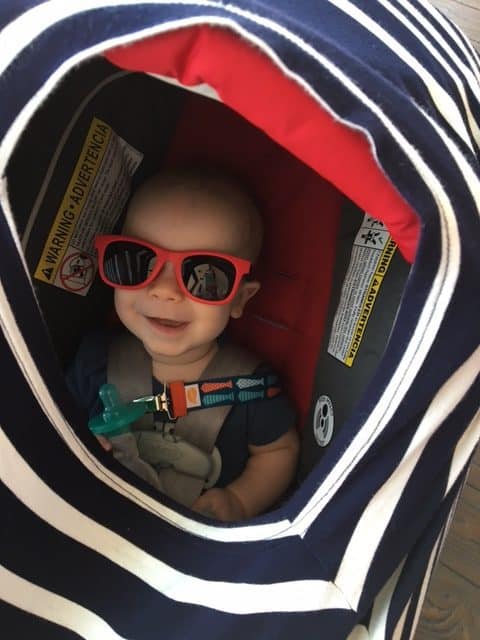 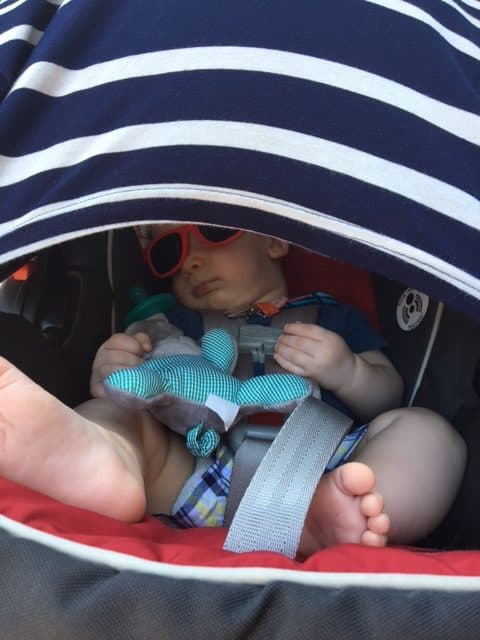 The only slight “head’s up” about the wrap is that after two days straight of going from nursing cover to being stuffed in the diaper bag, to being a blanket, and then a car seat cover, the neck portion got a bit stretched out.  It still totally covered me completely, but it was a bit roomier than I was used to.  A quick wash and it was back to normal. 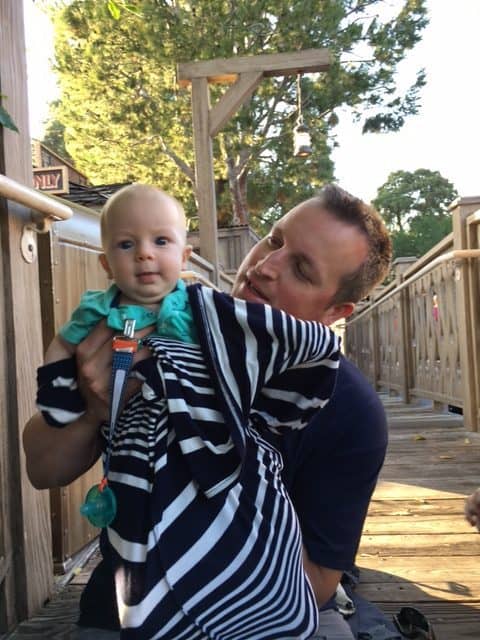 When you forget a long-sleeved shirt for the baby, and the sun is going down.

While our Disney trip was not all the things dreams are made of, I never felt stressed about having to feed Bennett.  If they gave out passports at Disney, my boobs could have gotten stamps in all the lands and California Adventure.  And nary an unsuspecting child or character had to witness a nip slip. 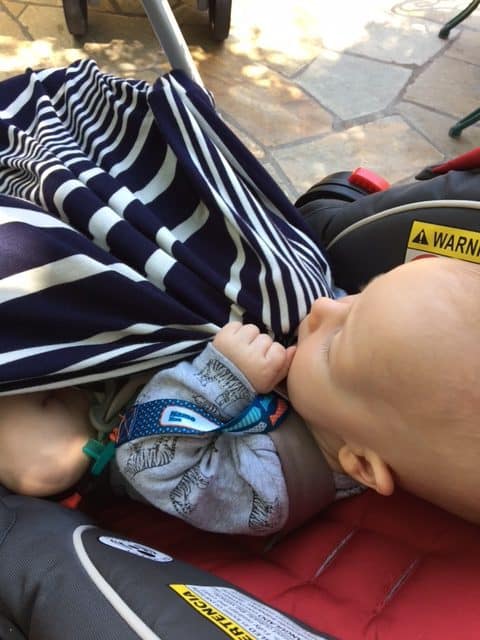 I was provided a complimentary item from Covered Goods for an honest and unbiased review.  All opinions are my own.  That being said, I loved the product so much that I have become an affiliate for Covered Goods.  Should you choose to purchase one yourself, and went through my site, I would receive a small percentage of the sale.