The dresser.  To me, it’s one of the stars of the room.  It is an IKEA Tarva dresser that sells for $149, but I got it during an IKEA family sale for $126.  I had seen some pictures on other blogs (like this one and this one) that inspired the final look.  My uncle did the work, and kind of still hates me for it.  Who knew that someone could hate IKEA that much?  Not me!

As I mentioned, I looked around for the perfect drawer pulls, and while there were loads of options out there, none of them were in my price range.  So, instead, I bought a $7 can of this stuff. 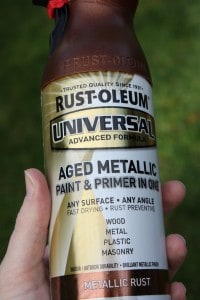 And turned the IKEA standard knobs from this 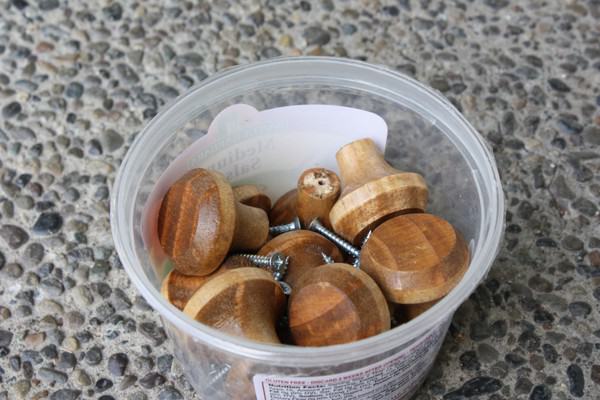 To this (first coat) 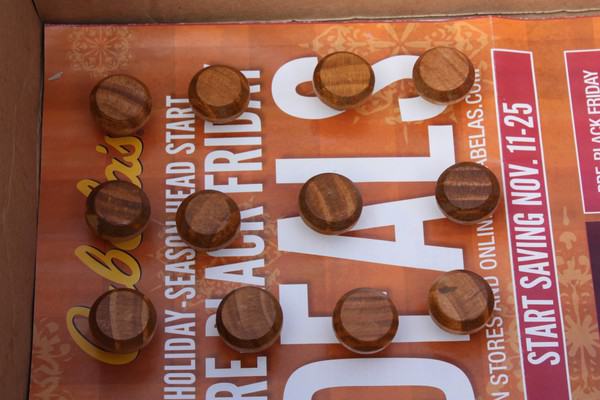 And this (second coat.  And then Jack kicked a soccer ball at the box and they all got screwed up) 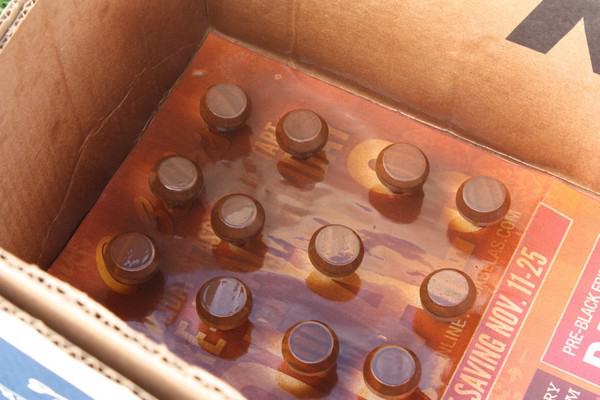 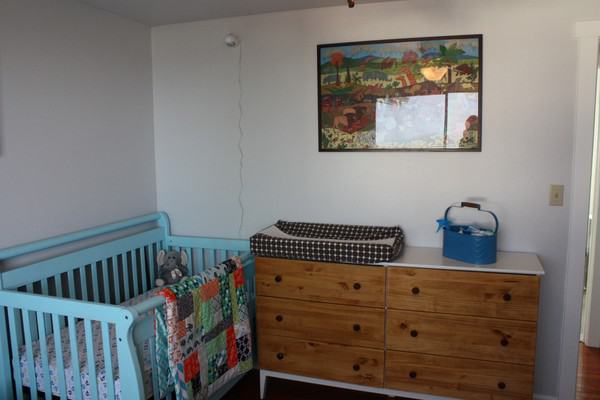 And now… the crib!

It is Jack’s old crib, and then toddler bed.  A very basic crib (brand/style: DaVinci Emily) that served us well.  We bought it over seven years ago, when I was in to really darker colors for furniture. 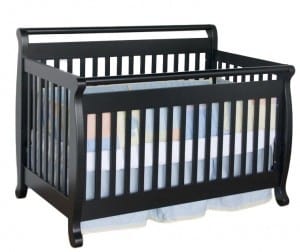 When we were going through all the remodeling, we didn’t have a place to store it, and it so happened that our neighbors needed a toddler bed for their kid.  It was perfect timing for everyone.  Except when we got it back, it was scratched to hell.  They said one night all the screws on one side got stripped, and while they offered to pay for it, I couldn’t be like “yeah, please buy me a new crib because this one looks like Wolverine had a night terror while sleeping in it”.

I decided to make it something new and fun, and to hide all the scratches.  I’m not going to lie, it was a long process, but I love the results and would do it again in a heartbeat.

I started by sanding it down with a belt sander.  Side note: I am always shocked when I see myself from the back.  I swear I look like I have Olympic swimmer shoulders, and a tiny pin head. 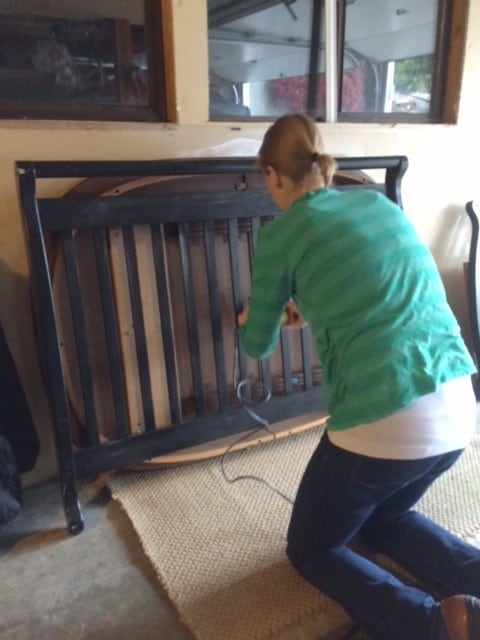 Then, I did three coats with a paint sprayer, and have never had so much fun painting in my life.  It was hard work because of all the nooks and crannies, but eventually I was able to cover over all the black.  Also, it looks like we were busy murdering someone in our garage. 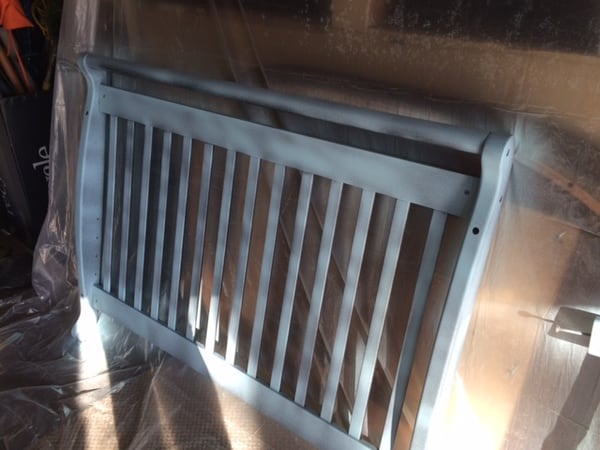 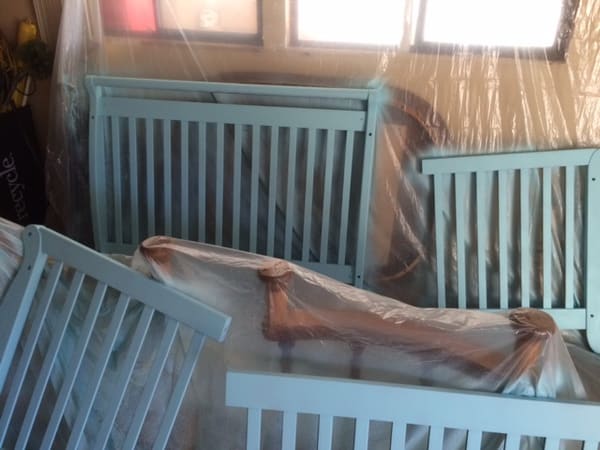 I used Lullaby Paints in Azure Sea (you can get them on Amazon, but for whatever reason, I couldn’t find Azure on there), and they are a baby safe paint that is no VOC, and non-toxic.  I needed three coats of paint because there is no primer out there that is baby safe, so I had to paint directly over the black.

So yeah, it took most of my Thanksgiving break (and then some), but I still get giddy when I walk in to the room and see this crib! 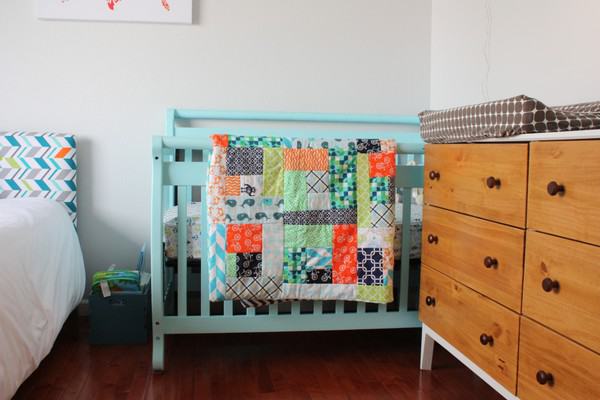 I love how the room turned out, how it’s unique and doesn’t look like something you can just buy at Babies R Us.  But I also love that I was able to re-purpose some items we already had, but make them new again with a $26 can of paint.

I think if Wolverine were sleeping in this bed, he would be calm and sleep deeply.  That’s all I’m saying.